As the dogs say, “howl e lu yah”. The water heater is now installed in our Gemini catamaran. The electric heating version is powered up. IsoTemp is a great unit- but doesn’t have a standard screw-in element. So we had to run a new cord for plugging into either the inverter, or into the A/C electric outlet. While the inverter connection will in fact draw from the solar charged house bank batteries- it will do so at about a 60 amp hour rate. I’d have preferred the “solar dump” version which a standard heater element would have allowed. 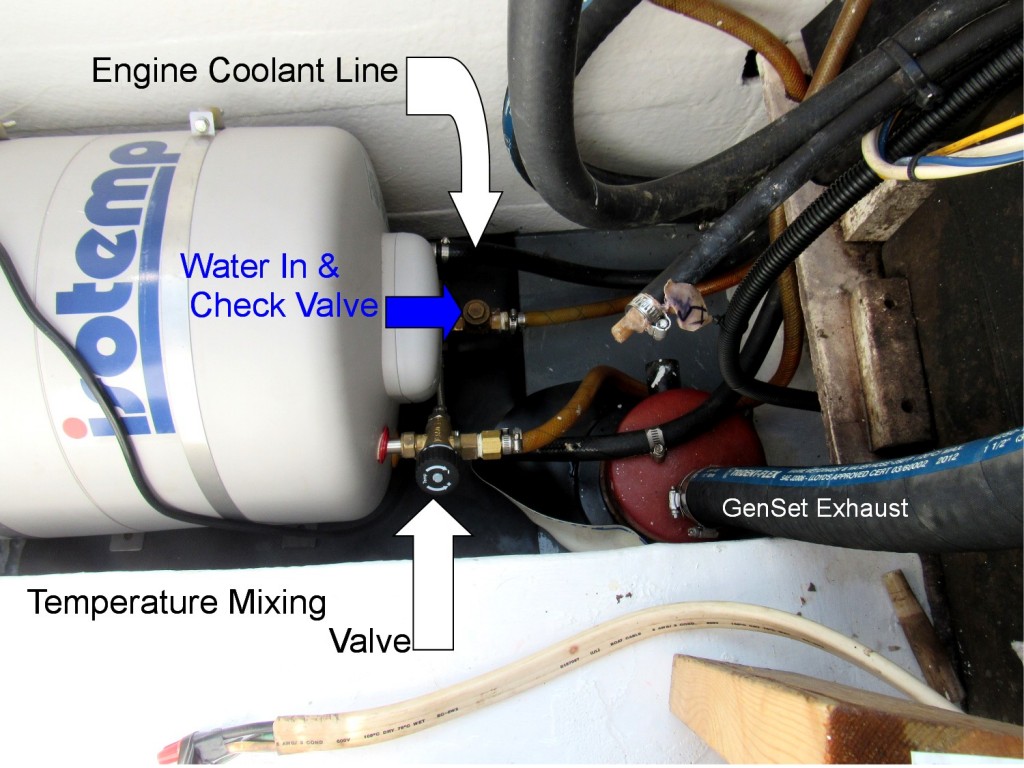 The foam insulation of the IsoTemp, and its 8 gallon size, however, trumped the solar dump capable competitors. I’ll plug to the inverter after the batteries have topped off each morning. Or run the generator and plug to the outlet on cloudy days.

We’ll wait a while to install the Genset over the water heater because once the generator is in place we’ll have VERY limited access to the components on the face of the water heater. Right now, I’m watching for hose leaks.

The final step for the water heater installation will be bleeding air from the water heater’s connection to the main diesel engine’s coolant system. With that completed, we can also heat the water tank via the engine when it’s running . The system is basically like an automobile heater.