Cooking bread on your boat shouldn’t be something to shy from- assuming you enjoy cooking.

Our Gemini sailing catamaran has a 1997 vintage propane stove with two eyes and an oven. The oven doesn’t heat well, however. Perhaps the boat builder wanted to minimize a fire hazard by keeping the oven regulated conservatively. In any event, our oven does not bake well.

So for months, we haven’t had fresh bread.

While frying pancakes, about two weeks ago, I decided that yeast bread should also be able to be cooked on a stove top.

The previous blog post describes the pancake / Naan bread style which was my first attempt. This afternoon I made thicker versions, using the same ingredients listed in the previous post.

Three cups of flour was used with the other ingredients. The resulting volume was perfect for one soup pot sized loaf and two thick pan sized loaves.

The trick to keeping the dough “plump” after the second rising is to perform the second rise in the pan, or pot, in which it is to be cooked. Oiling the bottom and sides of a pot prevents the rising dough from adhering to the cooking surfaces. 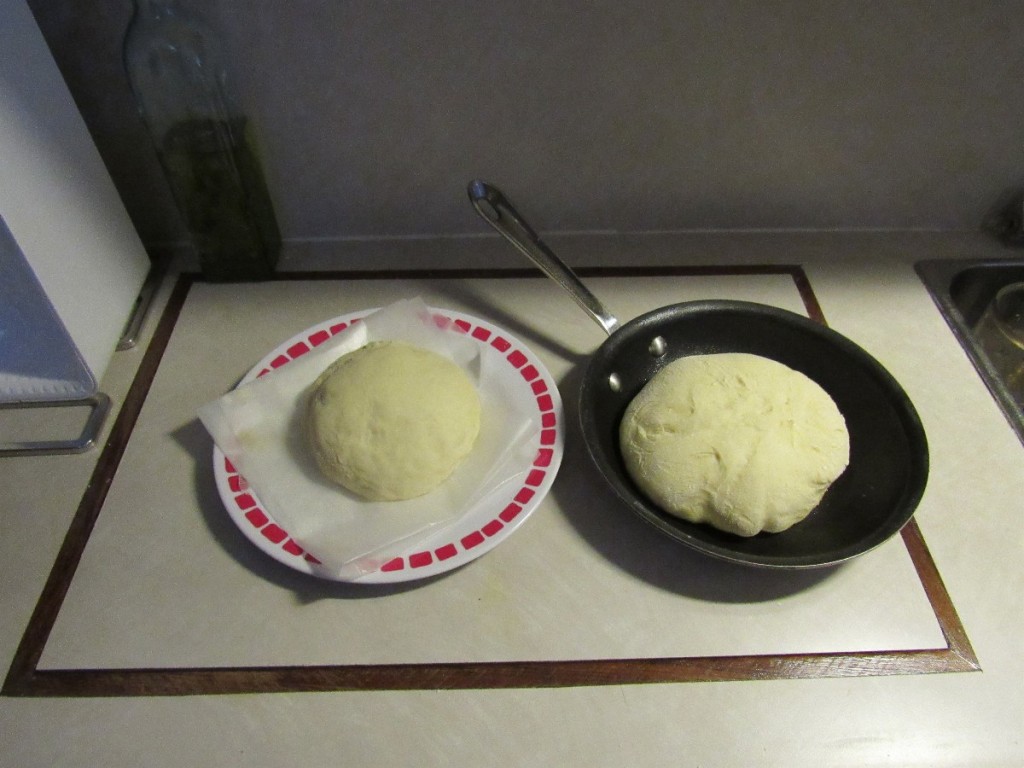 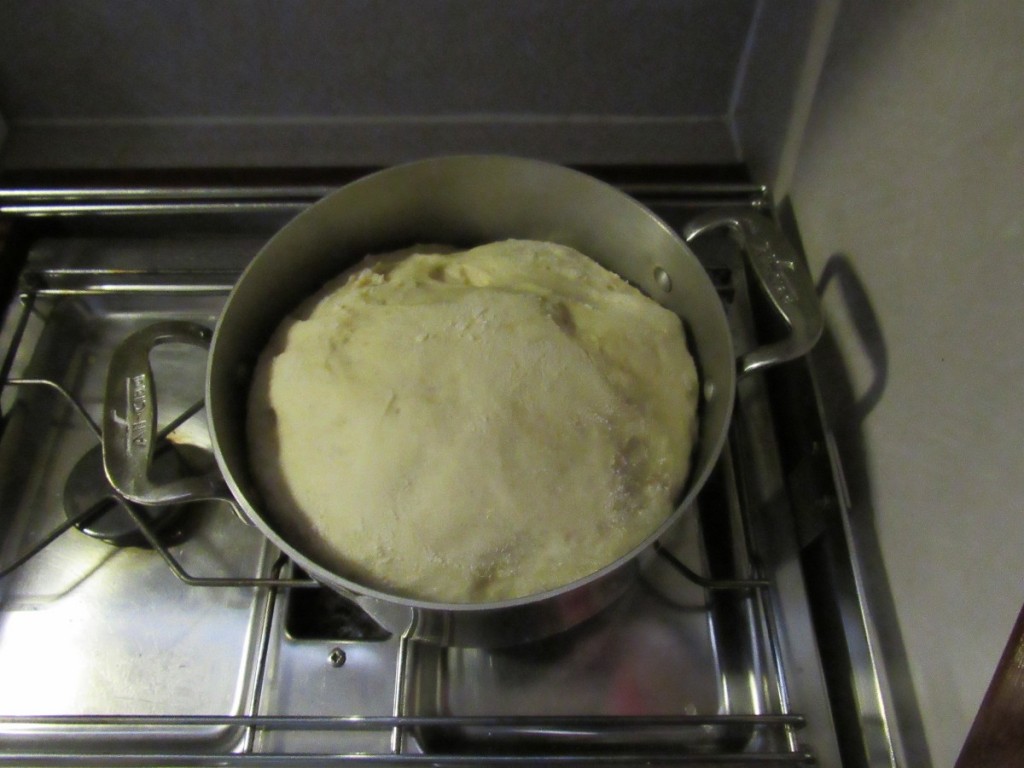 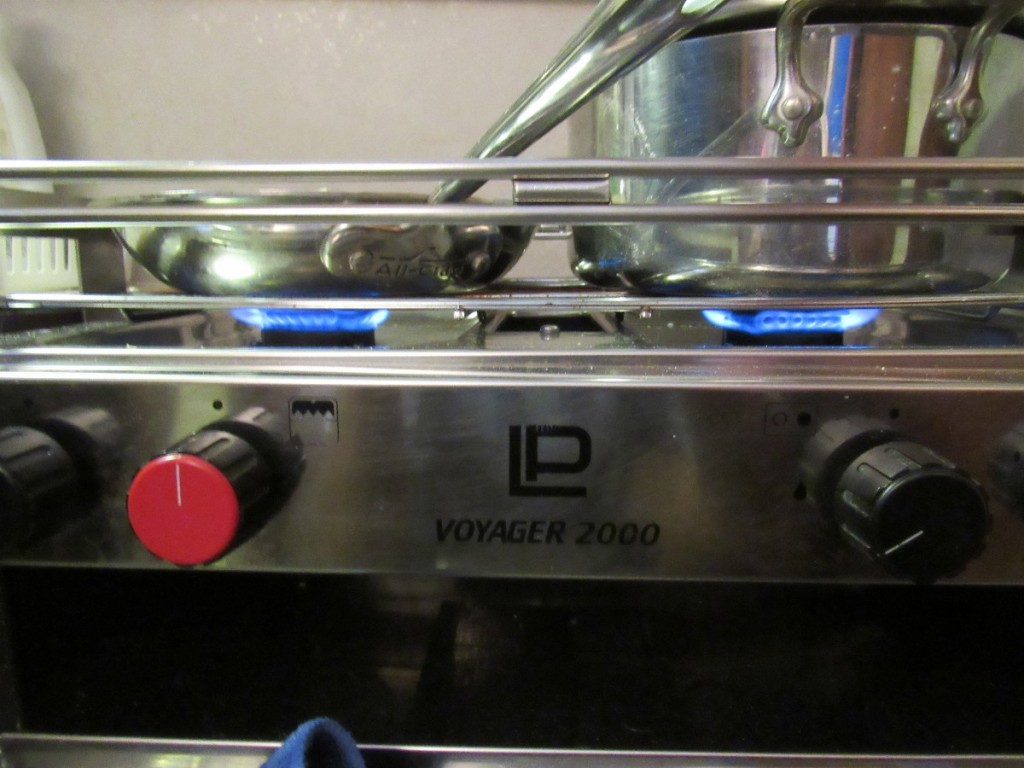 Note the low flame level to prevent burning the bread

Flipping the pan loaves was by spatula.

To flip the pot loaf over, the pot has to be turned upside down onto a plate having flour sprinkled on it. Then the flipped dough is dripped back into the pot. I applied a thin coat of olive oil on the pot’s bottom before putting the partially cooked loaf back in.

The dough vents some of its yeast gas when the dough is flipped onto the uncooked side. As you can see the pot loaf is less than half as thick as the uncooked dough had been. 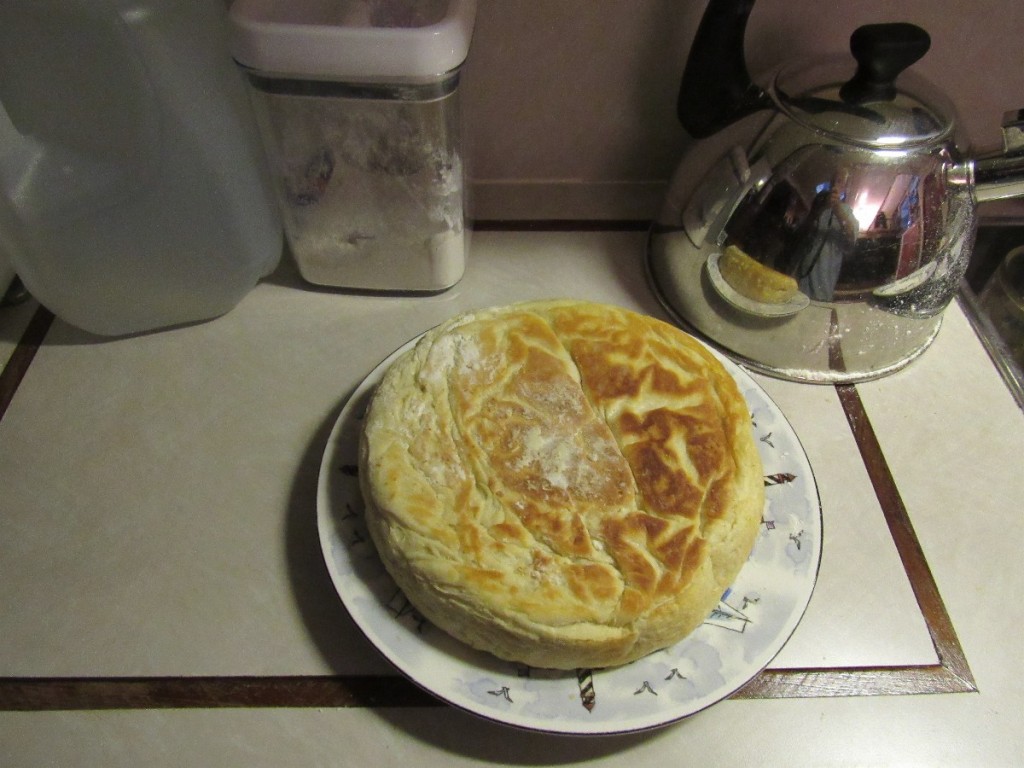 The flavor is all……most as good as the fluffy result one obtains in an oven.  It’s better than store bought, for sure !!

My next bread report will cover how well a tile used in a Catalina gas grill will do as a bread oven. ( I’m more concerned about the smell of prior cooked meat items, than I am about how well the grill will function for heat.) When we do the test, I’ll post it for you.