As part of our pre-departure activities, I taught myself how to bake bread. YEAST bread. Buttermilk and top quality yeast from jars was how into-it I became. Diann gained weight, as did I. I baked bread every third day and doing so in six cup batches. One of the loaves pushed up over the rim of the pot and browned like a giant muffin!

My baking technique, while land based was to use a large All Clad soup pot (our smaller version is seen previously in Yacht A Fun cooking blogs ) as the final-rise container- coated in butter before the ball of dough was placed into it. Our Gemini sailing catamaran’s oven is too small for that technique. And quite frankly, our boat oven doesn’t heat all that well either.

So, to make bread on our boat I’ve decided to try it “pancake style”.

Here’s a photo of the very first slice being cooked. Note how the bread puffs a bit during the cooking. It’s similar to Naan Bread and with curry added, could be on target for that Indian flavor. 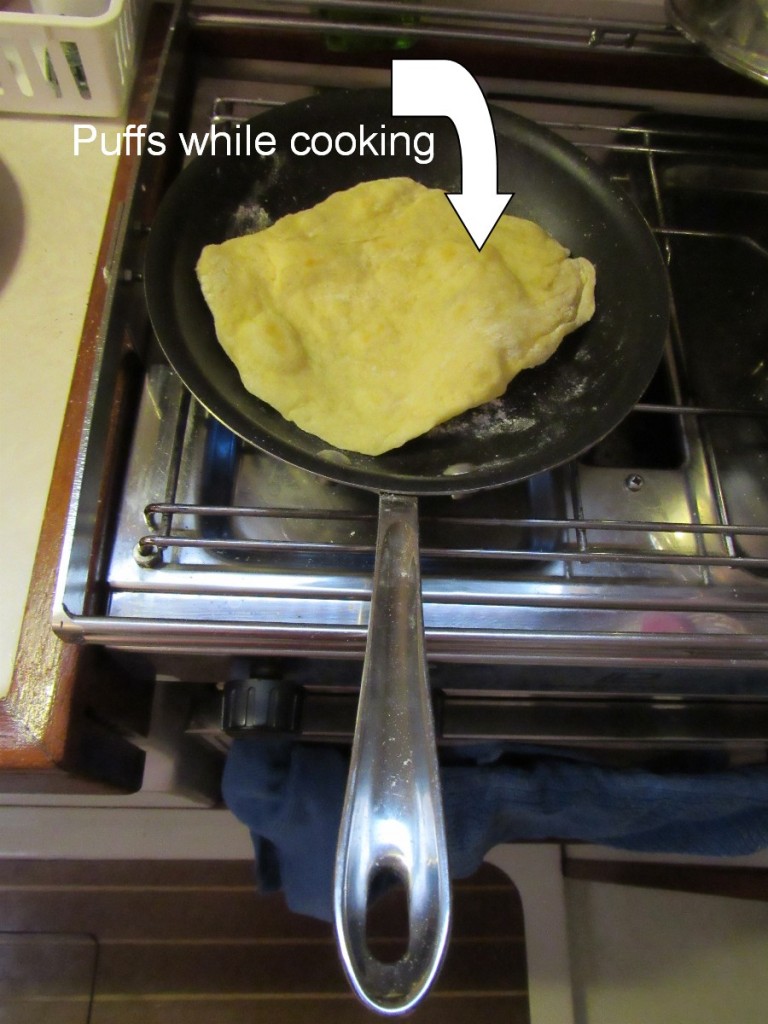 The yeast causes the bread to puff a bit

The second image shows the toasted and buttered side which is revealed when the slice is flipped. You could add butter for the flip side, too- and I may next time! 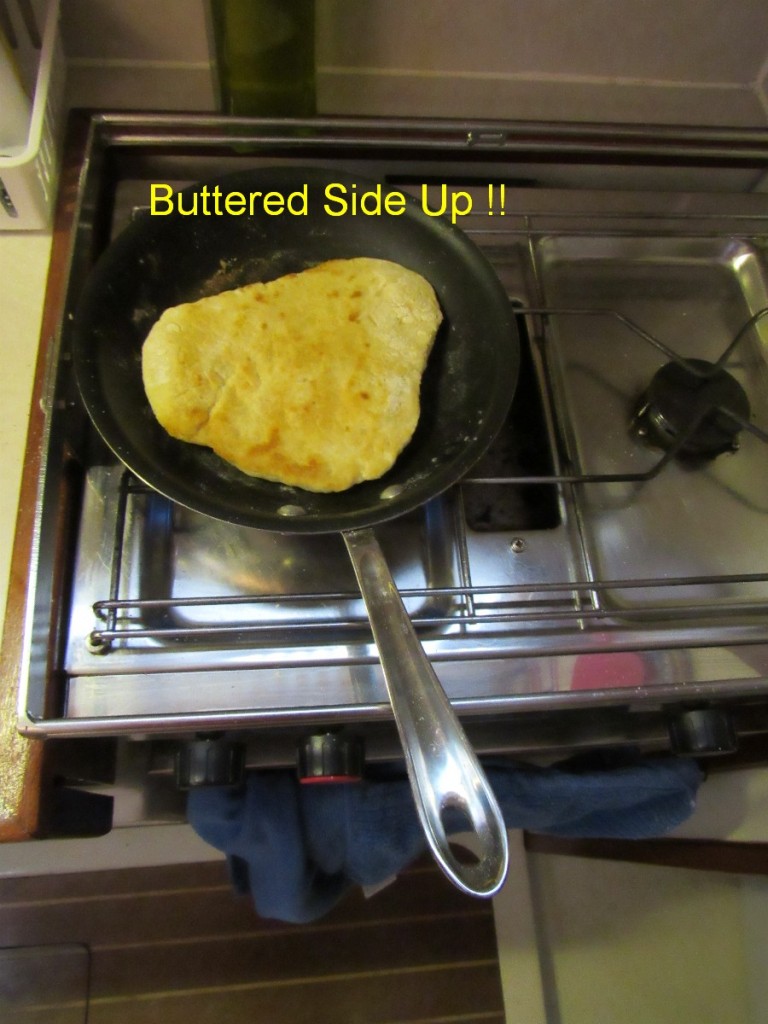 Five slices were cooked from one and one half cups of flour. Note that this photo shows just four slices- the first one was tested while the second was on the stove……..LoL 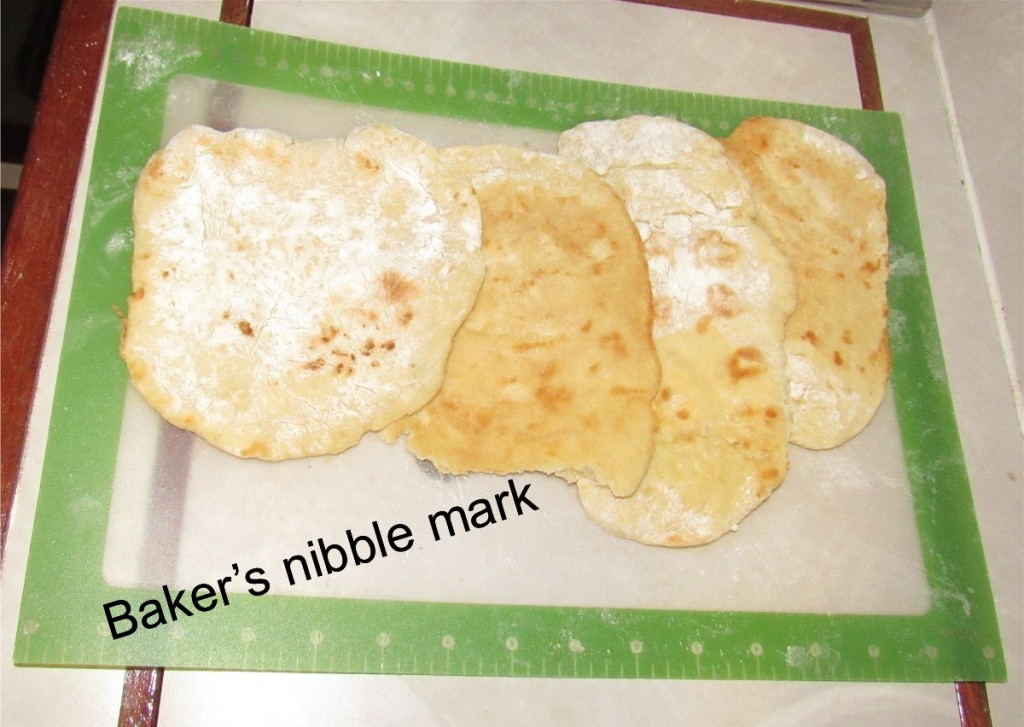 The thickness of Naan Style Bread

Ingredients for the regular batch ( which should yield 10 slices):

from interaction with the sugar. Ten minutes is fine.

Mix the second group of ingredients and have the temperature warm. Cold milk will

Pour the yeast mixture into the second batch and stir. Add flour ½ cup at a time and mix

well. You may need to add a little extra flour to stiffen the dough. If so, do it one table

spoon full at a time.

On a flour covered work surface, Knead the dough after “flouring your hands” Dust flour

onto the work surface as needed.

Cover the bowl with cloth and place it in a warm shaded place. Once the dough has

doubled in size, tamp it down and let it rise again.

To pan fry the bread, cut chunks from the ball and roll into pan sized circles with a bottle.

Thin slices are cooked on medium low heat for 2 minutes per side.

Thicker slices should be possible. Give it a try…………