There was not the shoaling problem at the inlet, at St. Augustine, that we had feared. It was straight forward to round the Red Nun #60 and head toward the fort. 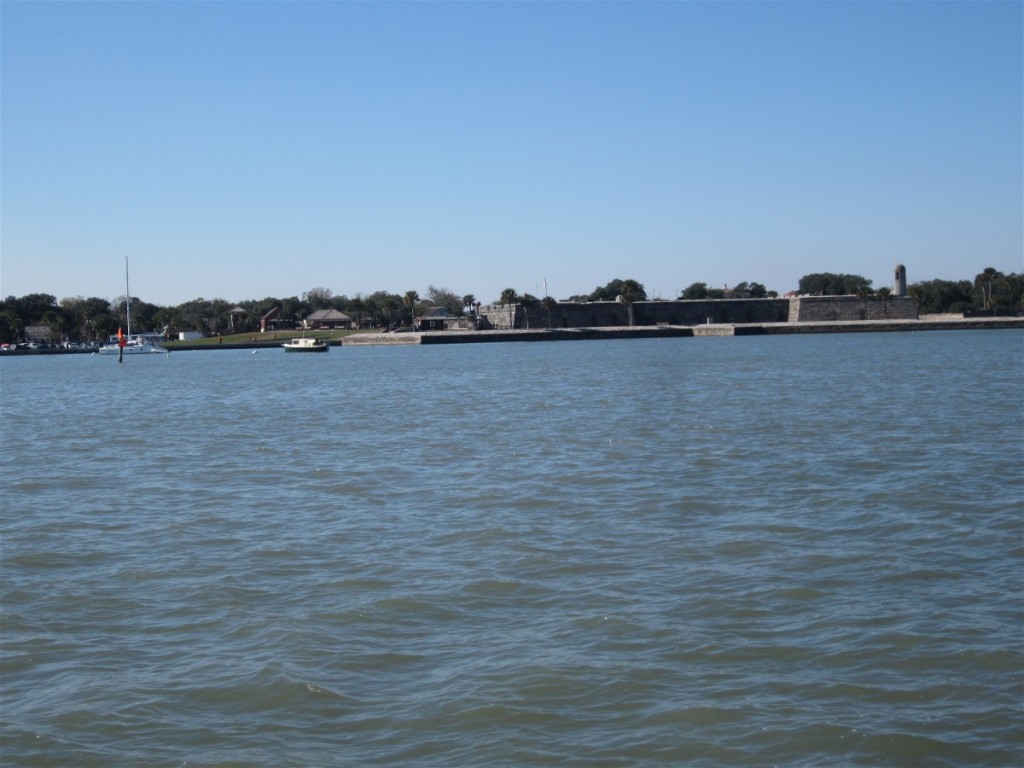 Our arrival timing could not have been better. The Bridge of Lions opens at the hour and half hour. By upping our speed a bit, we were able to make the  one PM opening without having to wait at all. Darn that was a break. 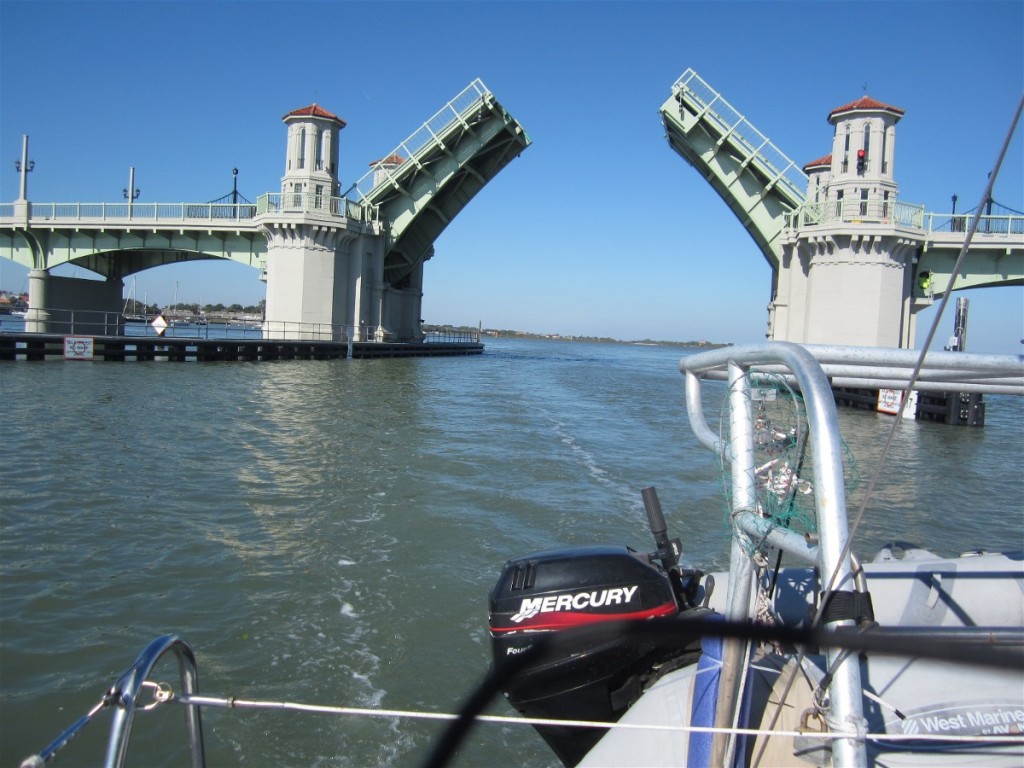 Yacht A Fun had just passed thru the Bridge of Lions

There’s a great benefit to calling the Municipal Marina ahead of time. They held a location that was as close to the marina / showers as was available. So at 1:15PM we were hooked to mooring ball # 31. 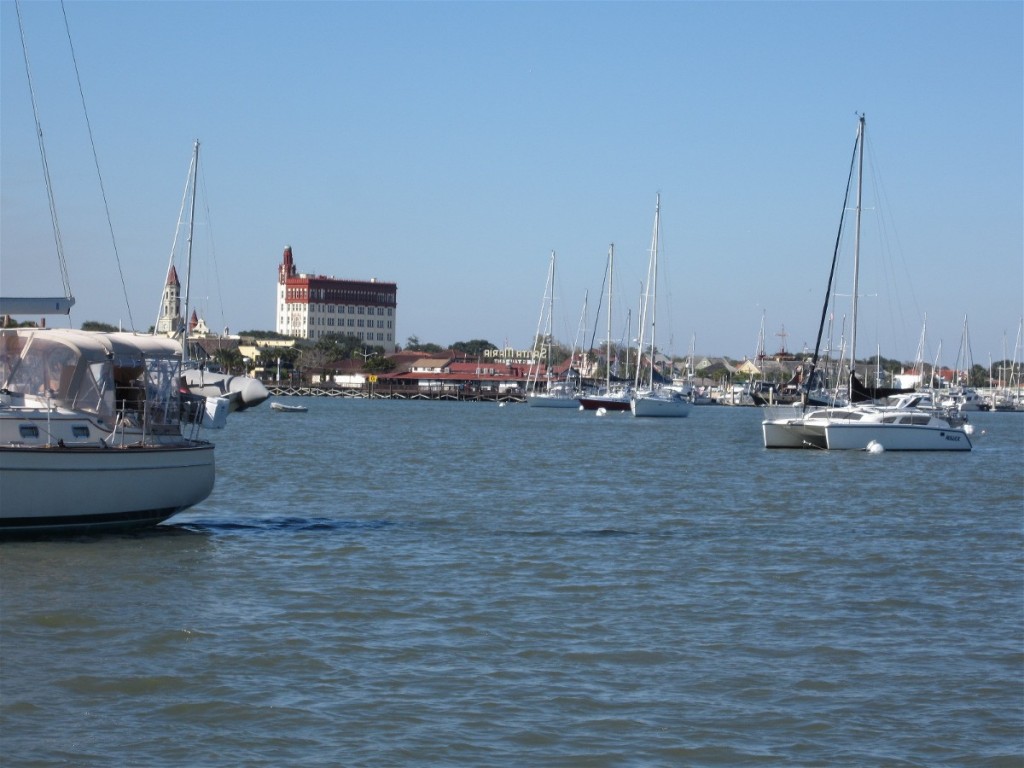 View of St Augustine from our Gemini Catamarine on Mooring #31

( Sometime later who should show up but the Abby B, whose photos of mooring we posted as part of our Fernandina Beach experience. On Thursday afternoon we met at the dinghy dock. They were taking their two dogs in for a walk, I was returning Zoey from her walk of the historical district.  )

After having hot showers at the facility, Diann and I went to Athena Greek Restaurant for salad and calamari with a carafe of Pinot Grigio. The restaurant is one of the best values in St. Augustine- and is close to the Bridge and Marina. 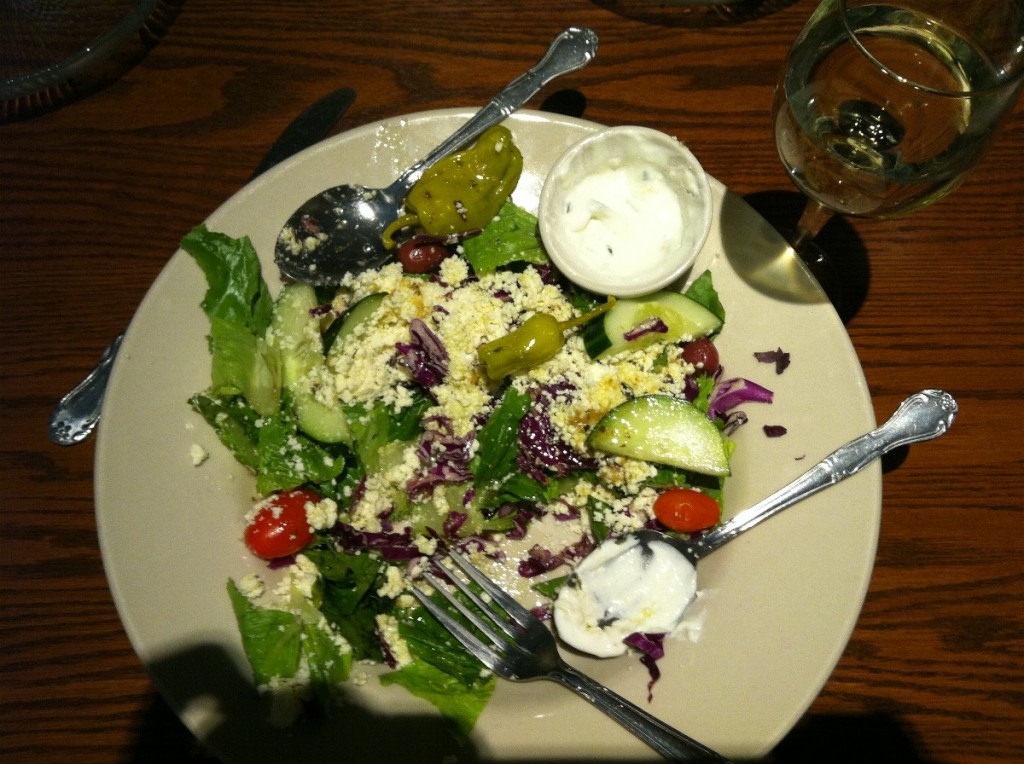 Athena, one of the best values in St. Augustine

It seemed a good idea to have chocolate at Kilwins. But Kilwins was closed. We opted for air infused ice cream. The flavors were awesome. What an end to a wonderful day. 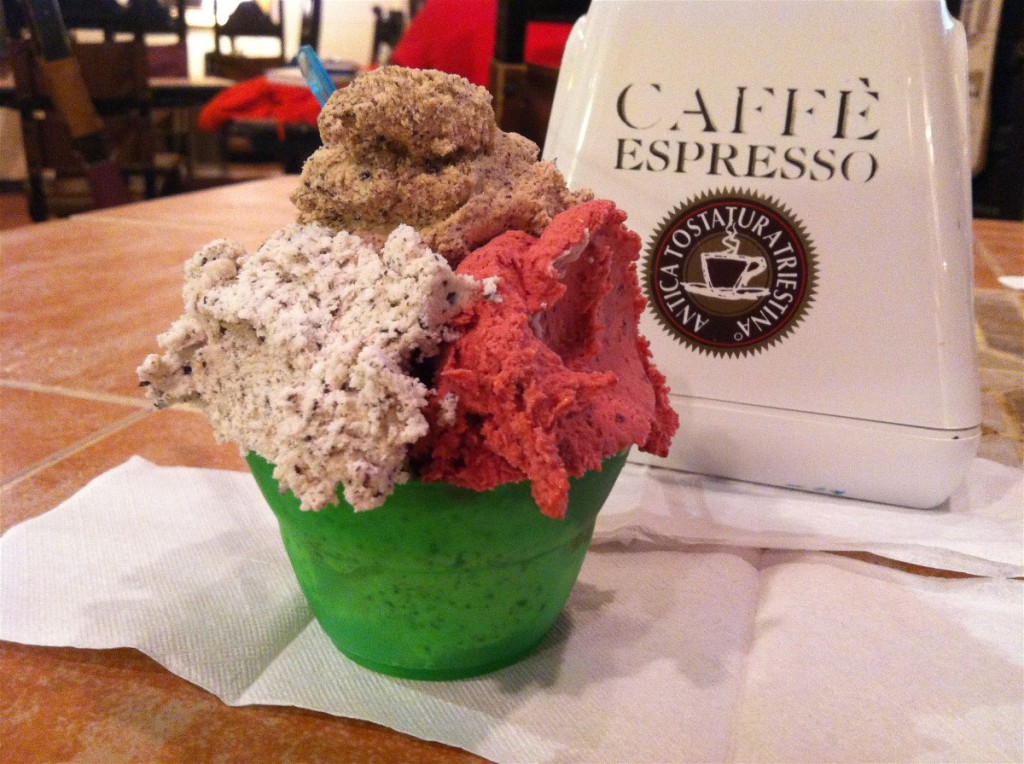