Releasing from a mooring ball is so much easier than picking up an anchor (or two!). 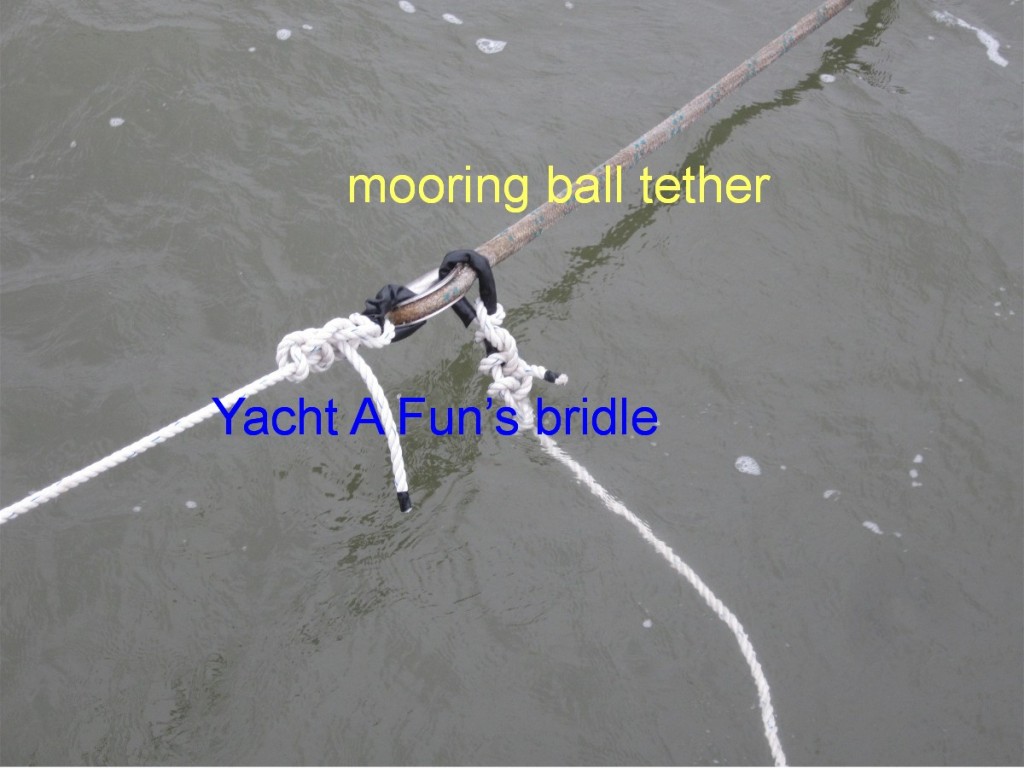 My system for releasing the mooring is to pull the taunt bridle line (let’s call it #1) up to its cleat and then untie bridle line #2. Next I pull a third line thru the mooring line-eye such that both ends of #3 are tightly on a cleat.

Once line #1eased and untied from the mooring line-eye, it’s a simple matter to un-cleat one end of #3 and let it slide out of the eye- thus releasing the mooring system from the boat.

It was with that technique that Diann and I left Fernandina Beach on Tuesday morning, the 9th. We wound our way thru the ICW to Jacksonville. Of note is that Sister’s Creek had strong eddies when we passed thru. It took a lot of steering to correct for the turbulence. 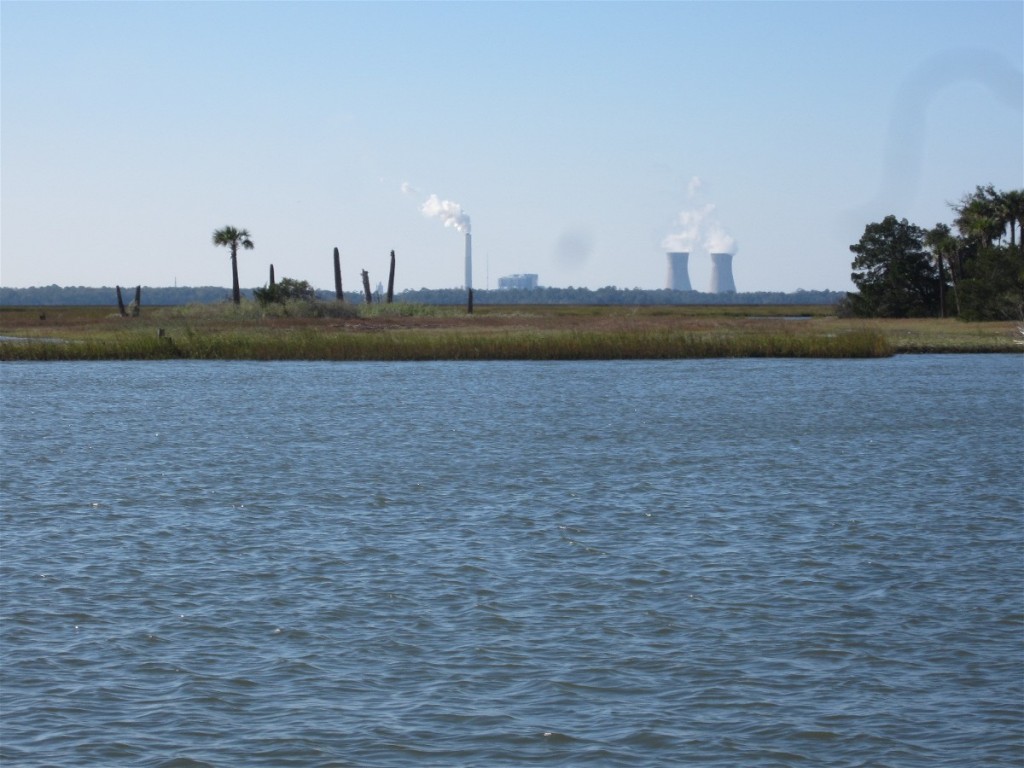 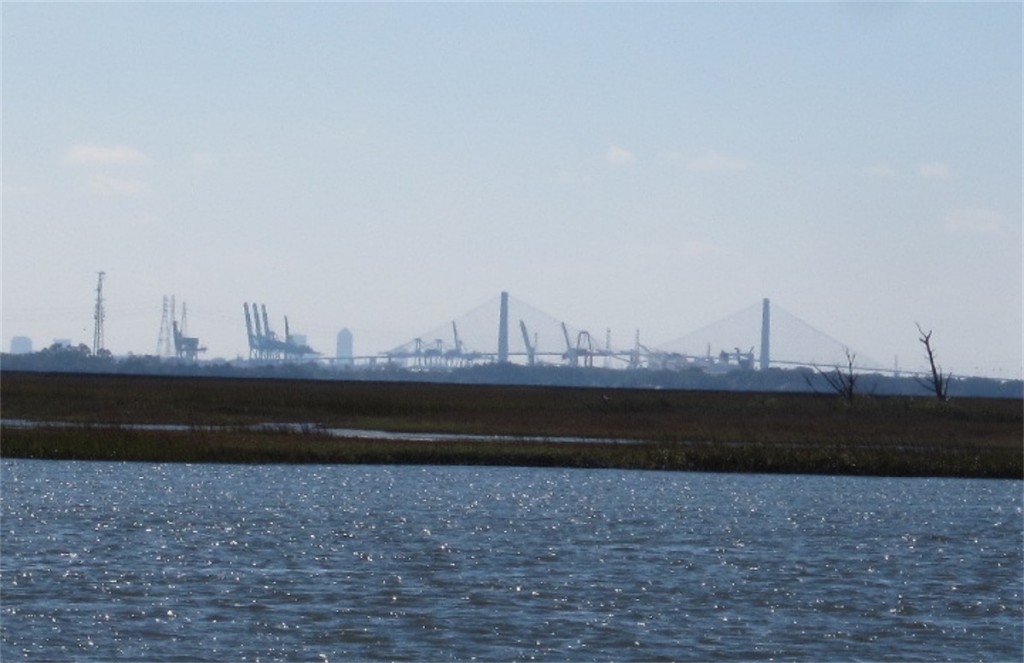 The photos of Jacksonville’s industrial section don’t do justice to the magnitude that is imparted by the electric generation station, cranes, and suspension bridge as backdrop for expanses of marsh and other vegetation.

Once at John’s River, Diann and I took a left and traveled to Morningstar Marina at Mayport. Staff, there, had warned us of the current being strong. So, we passed the Marina and turned back to motor into the current. It was the most powerful / fast current we have experienced to date. It took two dock hands to control the boat in the effort to cleat the bow and stern lines. 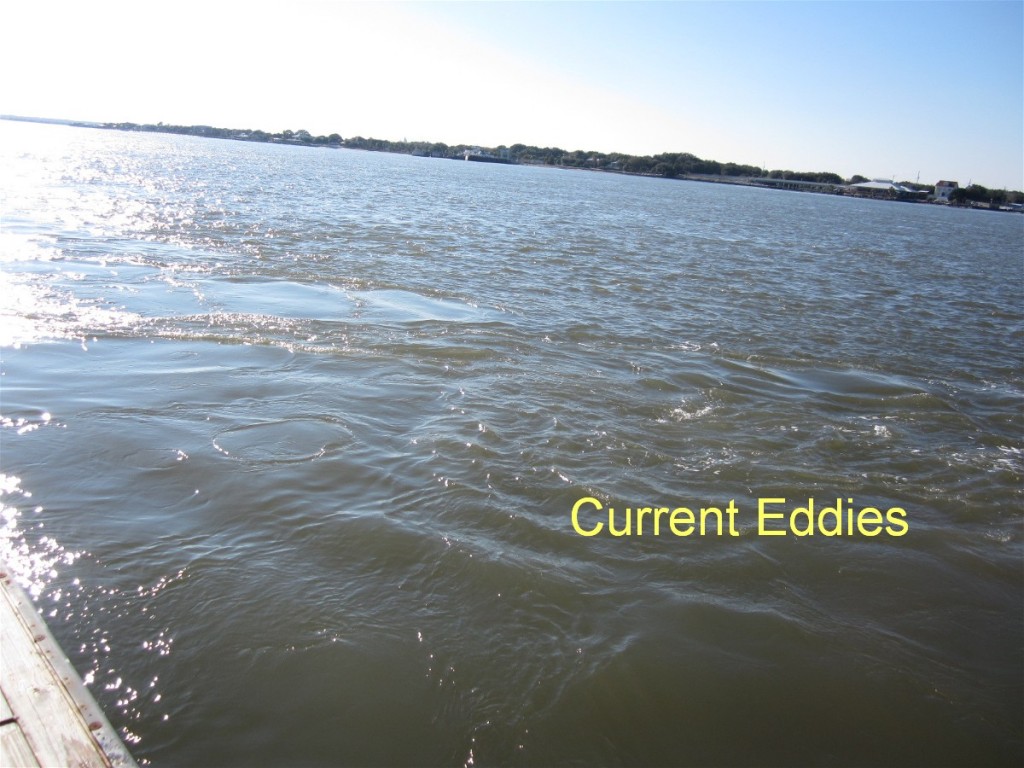 Knowing that current could affect our morning departure, we were happy to learn that ebb-tide slack would be very close in time to our desired 7:30AM departure.

To leave on Wednesday morning only required us to slip the dock lines. Wind pushed us off the dock and away we went- headed to St. Augustine.