For two weeks, Diann and I left our Gemini sailing catamaran to return to Hickory.  The visit was part business, and part house sitting a pair of large dogs for our youngest daughter.  Her family had gone on a two week vacation to California and Oregon.

Upon their return, her two kids joined us for a New Bern NC based catamaran visit.

To start their experience we began with the traditional New Bern “bear hunt”.   But, we got off to a slow start leaving Yacht a Fun- and it was already a very hot day.  The kids made it thru bear 10, at which point the heat was so oppressive that we voted to quit. 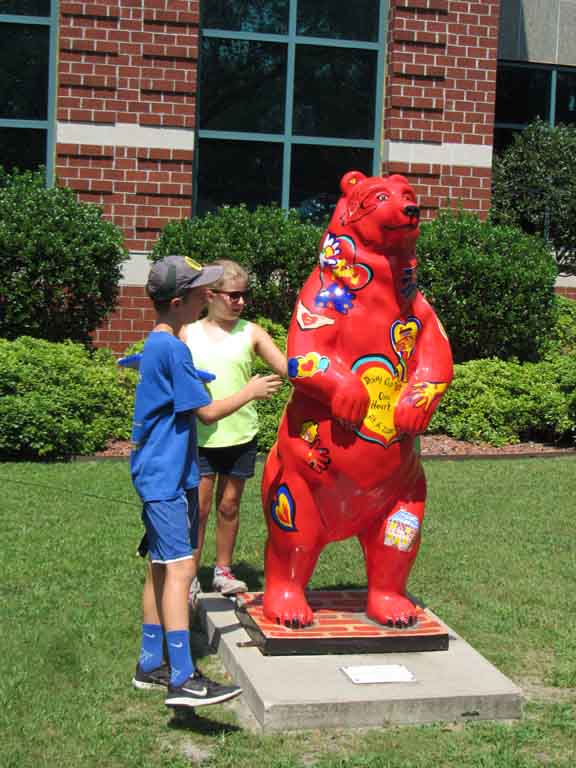 Checking out the bear to answer the hunt’s questionaire 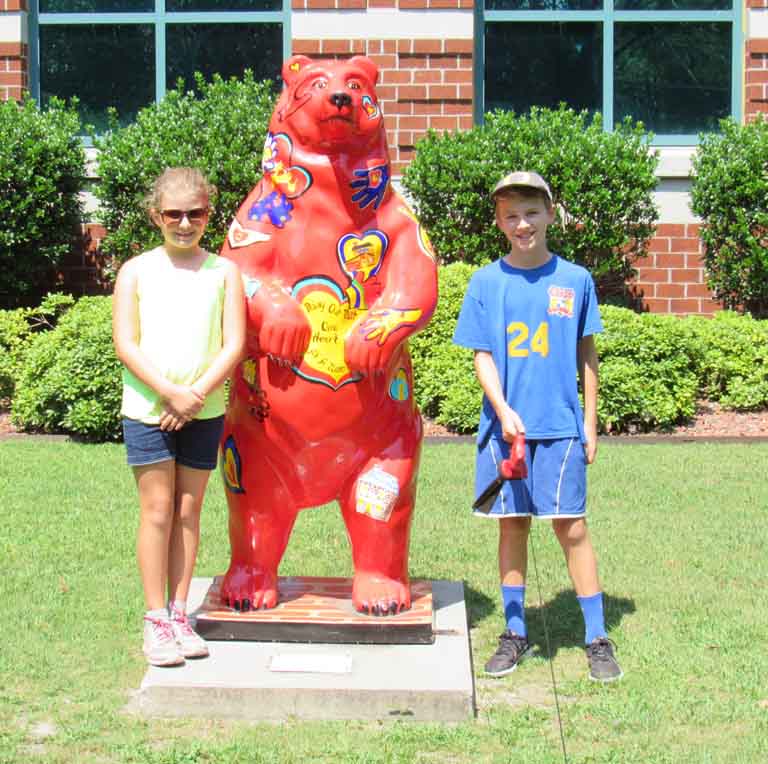 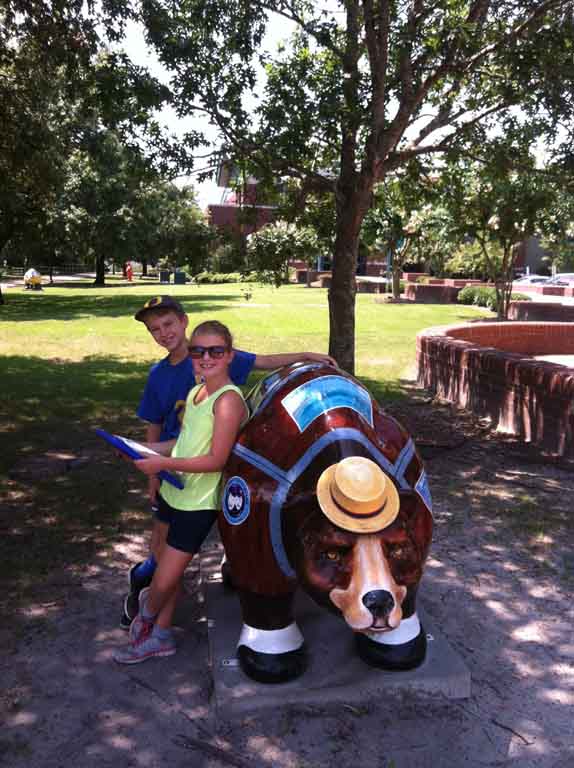 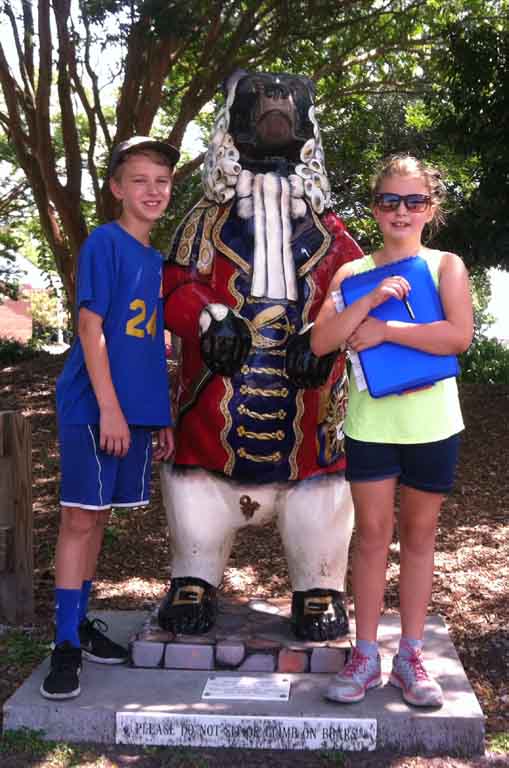 Riding in our air conditioned Jeep seemed to be a good alternative to walking in the heat.  So, we returned to Yacht A Fun, picked up an obsolete rusted 20 feet of galvanized 3/8 inch anchor chain and traveled by Jeep to Oriental where our utility trailer, and the anchor chain, were left at Village Storage.

The grandkids had not experienced a ferry ride.  That is, until we used the Minnesot- Cherry Point ferry to continue our Jeep travel to Beaufort and Morehead City.  We drove into the Minnesot Ferry parking queue- just as the boat was about to depart.  Eureka !!  The crew took pity on our arrival and raised the draw-gate so we could drive onto the ferry deck.  As soon as the Jeep’s engine was turned off, the ferry was underway.

We stopped in Morehead City, at Ace Marine, to pick up 100 feet of G43 high test chain with custom oversized links on the ends.

Then we pulled into McDonald’s so the kids could have smoothies.

Once we returned to New Bern Grand Marina, it was pool time.  And with the heat staying in the 100 degree range over the next three days- pool time became our primary non-air conditioned activity.

Thursday yielded an opportunity for the kids to kayak in the fairway between docks A&B.  (Thanks Mike for taking the trouble to provide that recreation.)  The heat, however, wacked the kids.  They lasted about 30 minutes before being ready to give it up and head to the pool to cool off. 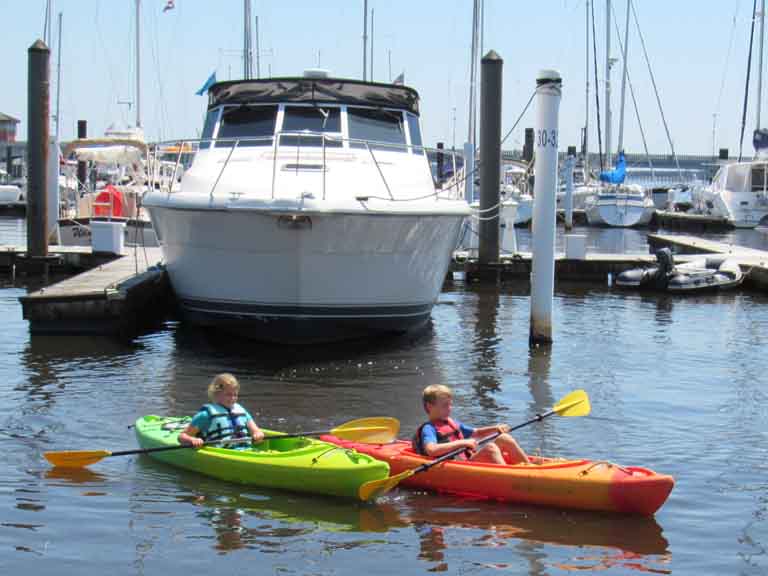 Kayaks being paddled between A&B docks

Hillary Clinton’s nomination provided our evenings’ entertainment.  It was a treat hear the kid’s questions as they watched the convention’s speakers.

Uninterrupted cruising will have to wait until the end of August.  We have more land based activity on schedule, and our third set of grandkids coming for a week.  (Darn, I hope the weather is cooler for them.)

The story / blog of Yacht A Fun, a Gemini catamaran sailboat, traveling the ICW and east coast with insights to the extended cruising life. New Bern Bear Hunt