In my opinion, much of Tony Smith’s design elements for the Gemini catamaran were brilliant. (English man, English term- that ‘brilliant’.) Take the centerboards as an example. Being able to raise the boards certainly makes entering shallow water easier. Lowering the boards enhances the ability to point closer to the wind during sailing. Also while motoring at slow speed, having the ability to drop a single rudder creates a pivot point to better maneuver. 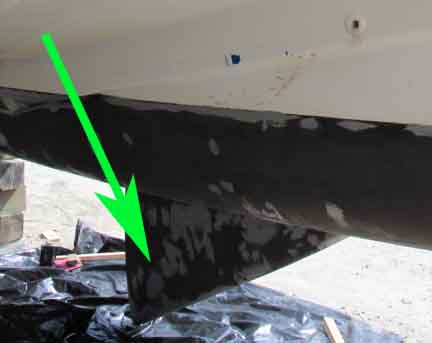 On the other hand, Tony’s allowance for future maintenance of the ropes used for raising and lowering- shows less brilliance in execution. The access port, to view and replace the lines, is damned small on our 1997 Gemini catamaran. A smaller access port, however, allowed the installation of drawers for storage- a typical boating trade-off. In fact, I do use the drawers daily. The line I replaced was 19 years old.

While on the hard at Jarrett Bay Boatyard, I removed the access lid and with a flashlight was able to look into the centerboard box to observe the lines’ conditions. The starboard board’s lines were relatively new- as is the board itself. The original equipment port side line showed a fray near the up-haul attachment point. 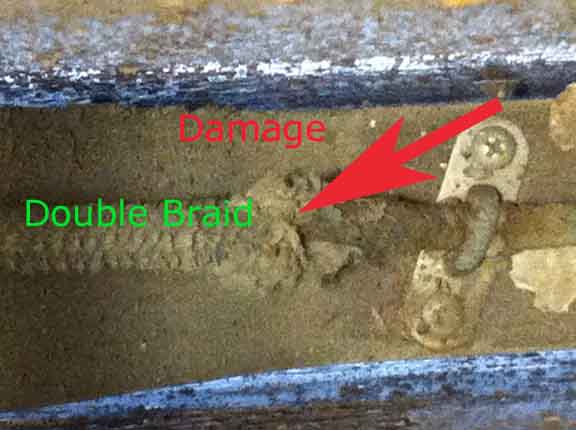 If one is to repair a centerboard, far better to do so while the boat is on the hard.

Our sequence was pretty much:
Raise the board as far as possible, and secure it with a dedicated “prop stick”;

Remove the screw which holds the knot-tail from jamming between the board and its box; 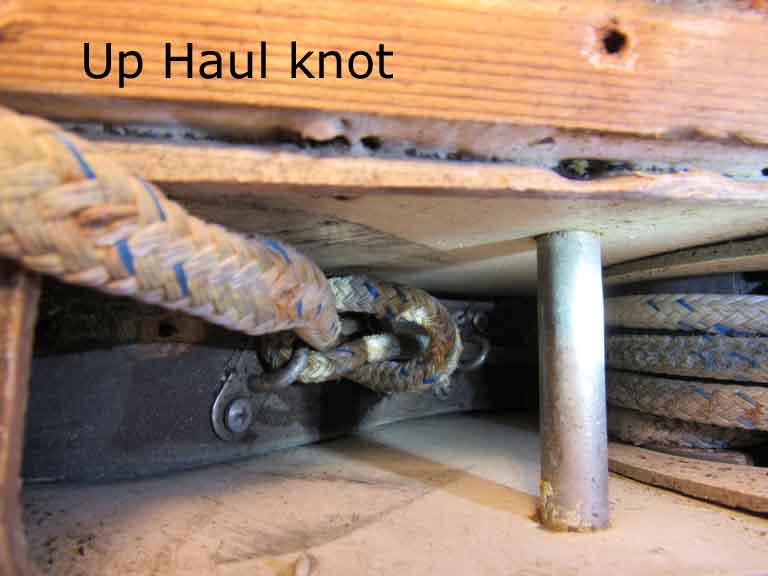 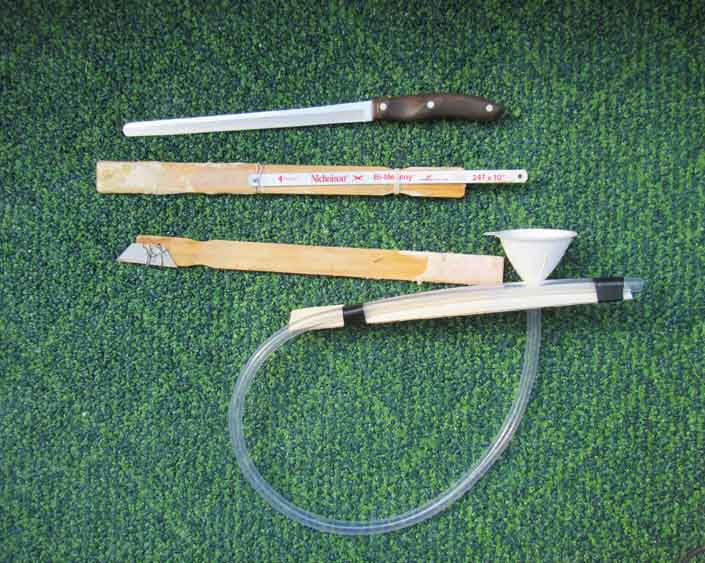 Note the funnel and tube. Soapy water was needed to aid in loosening the knots. The blades were used to saw thru the down haul knot.

Tie on a fish line for pulling the new line; 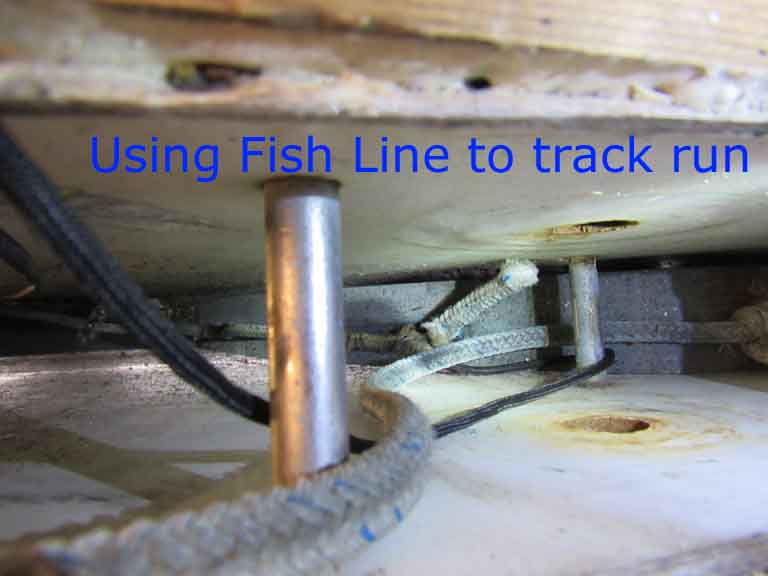 Dig a small trench below the board so as to then drop the board all the way down;

Saw thru the haul-down knot at the board’s “knuckle”; 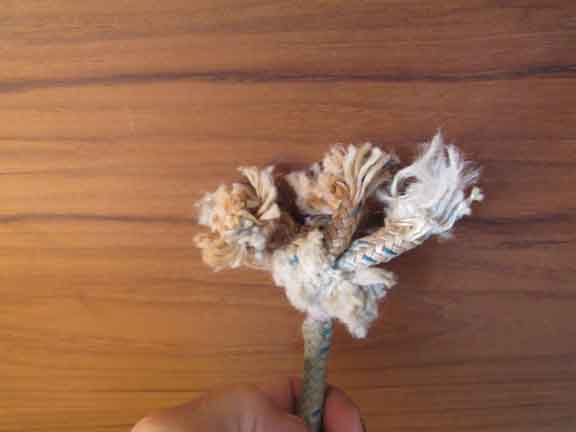 Wiggle, tug, and cuss the spool out of the box;

Trace the winding of the line;

Starting with the haul down attachment point, install the new line. 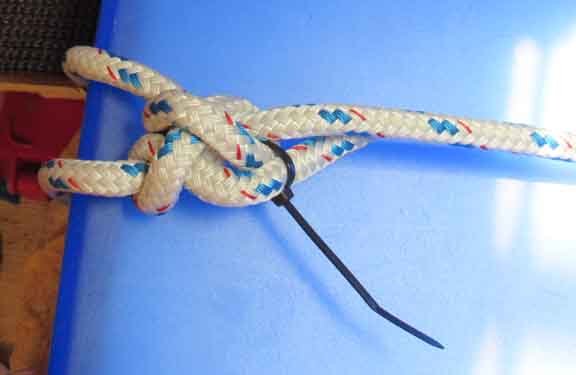 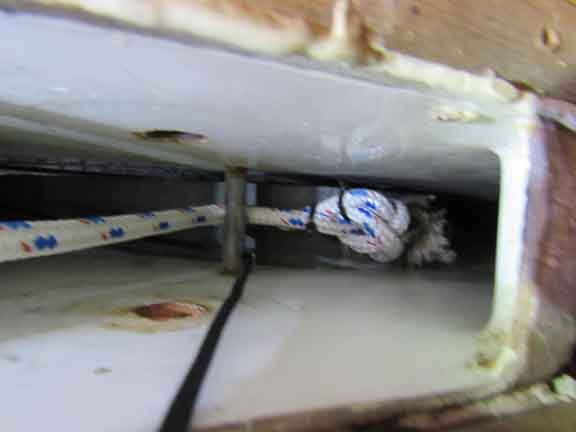 Note that I wrote “line”. The system uses one line which is tied at the up and down haul points. The line functions in great measure due to being spooled and passing over and under a non rotating smooth bolt.

My suggestion is that you watch a Gemini factory video linked at https://vimeo.com/4046529
I watched it twice before executing the project, and referred back to sections of it as I did my work.

Replacing the line was fairly straight forward. My only (known) glitch was in not getting the line as tight as possible before assuming the job to be complete. Be sure to reinstall the center of spool line locking screw before trying the success of your effort!

Also, leaving a little extra tail on the haul up end of the line will aid in retightening the line should you find (as I did) that it is necessary. The tail gets screwed to the rudder stock anyway.

As has been many of our “new to us” maintenance issues- the biggest hurdle is building the confidence to tackle the job. With the right tools, the job goes easier- once begun.

The story / blog of Yacht A Fun, a Gemini catamaran sailboat, traveling the ICW and east coast with insights to the extended cruising life. Gemini Catamaran Center Board Line Rope