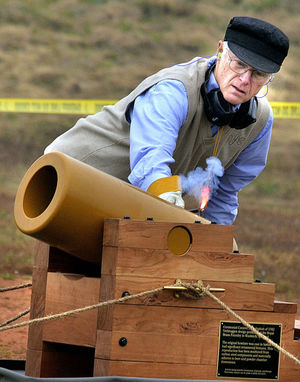 Diann and I brought KaBoom, the Ceremonial Cannon, to Oriental two years ago. We thought that we’d have time to participate in a number of festivals, and events, from that area. Cruising In Place on Yacht A Fun at Southport last year, Gemini catamaran boat work in Beaufort early this summer, and cruising plans for the Albemarle Loop for August highlights the reality of not being able to easily haul a 500 pound cannon to multiple festivals.

So, before returning the cannon to western NC, I volunteered to participate in the Pamlico County Croaker Festival’s 36th annual event in Oriental. The City Governmental officials approved the festival’s request and initially all parties were excited to include the cannon blast to mark the opening of the festival. Our safety protocol included firing it over the Neuse River at the end of the City Park Fishing Pier- away from the viewers.

Having to “spray attorney repellant” information about sound waves, children’s hearing, and so forth I made sure that organizers let festival attendees know to take care when the whistle was blown which would signify that the cannon would immediately be fired. What I failed to include in my information to them is that KaBoom’s highest recorded decibel reading (taken from behind the line of fire) was 109- less than readings at many rock concerts, and much less sound than the crack of thunder which ironically occurred on Friday July 1st at 11:09AM at the site of the festival.

Zig Ziglar, the motivational speaker, used to do a talk about F.E.A.R. being false evidence appearing real. Had I thought to include information which compared the cannon’s blast to such things as a twelve gauge shotgun blast- uninformed information wouldn’t have gotten out of hand. 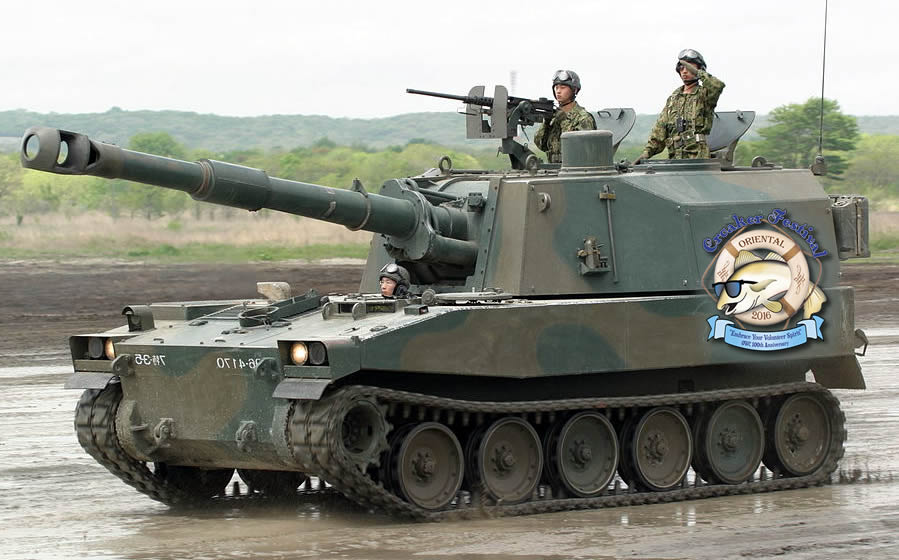 Note the festival logo on the image

However, the tongue-in-cheek image which showed up on the TownDock.net site was apparently taken seriously by some folks. There was even some speculation about senior citizen’s hearing aids being overloaded and being ruined. And so in the three days leading up to the festival anxiety got so extreme that I abandoned the firing and simply displayed the piece to fulfill the festivals’ program information about folks seeing the cannon.

By not firing the cannon, I saved having to unload it from the transport trailer, clean it after firing, and reload it to haul back to Oriental’s Village Storage. In that regard our day was much simpler.

Once the 11AM rain stopped, all the vendors scrambled to get set up for the wave of folks who would start arriving about 3pm in anticipation of the 4PM kick off. At 4:15 when KaBoom would have been fired to signal the start of the festival, I played its YouTube video into the stage microphone. All of us laughed at the small sound which projected from the stage speakers across the audience- and the festival began in earnest.

Many people stopped by to ask about the cannon’s origins. I was able to tell the history, but of course no-one got to hear the historical sound, see the amount of smoke which came from such guns, or to have smelled the unique odor of burnt black powder. And that’s okay. 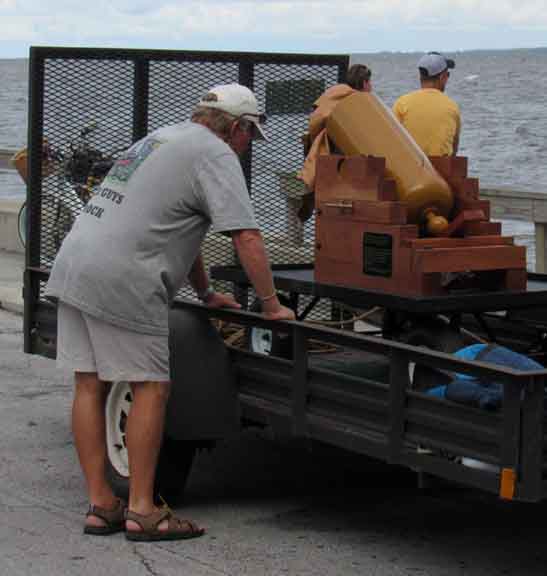 Humor about cannon misinformation aside, the festival was a fun experience. Probably 95% of the attendees were clueless of anything other than the annual event was officially opened at 4:15PM on Friday July 1st- and vendors were ready to vend……… 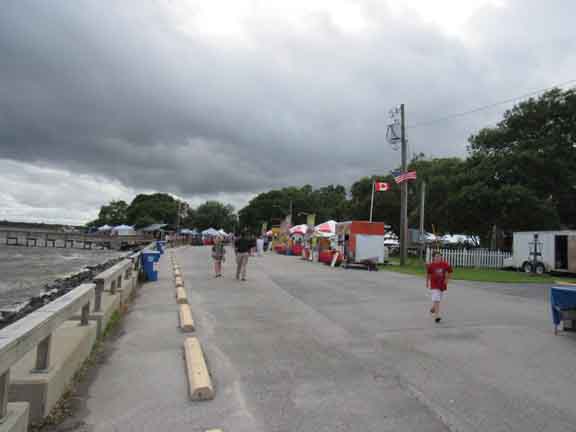 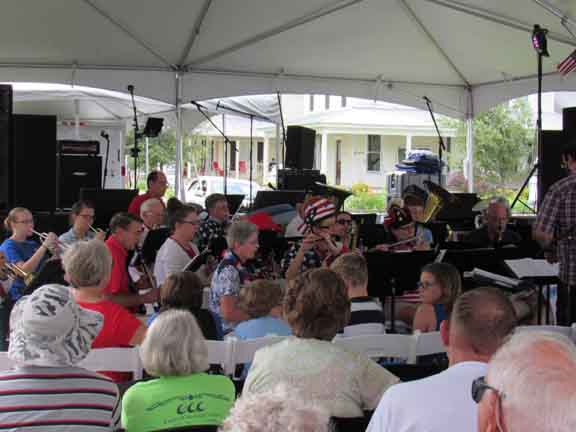 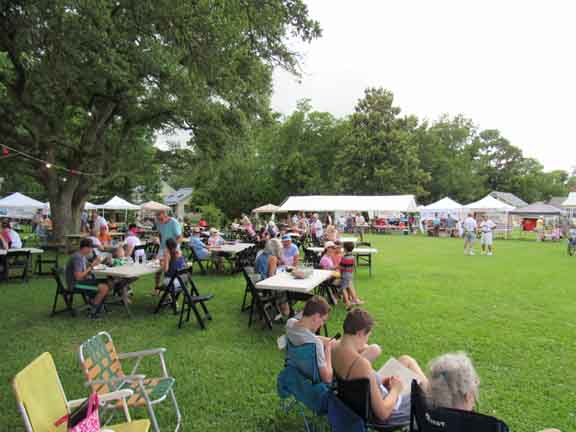 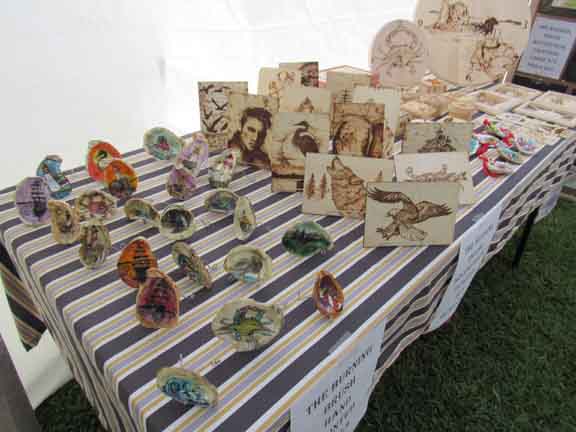 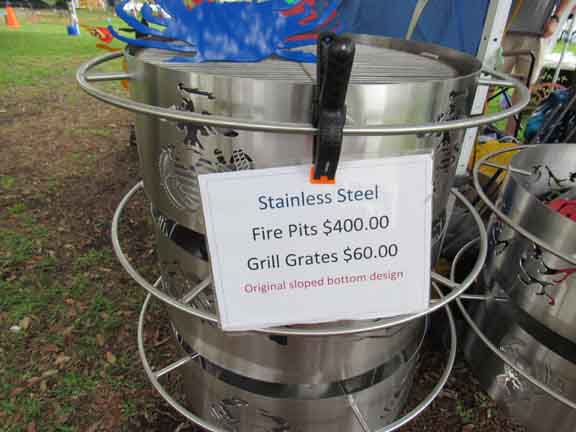 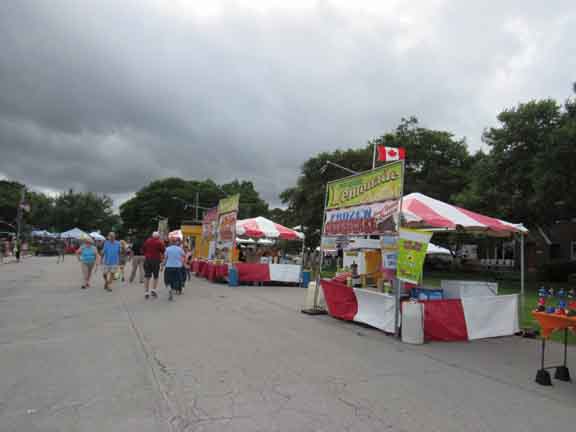 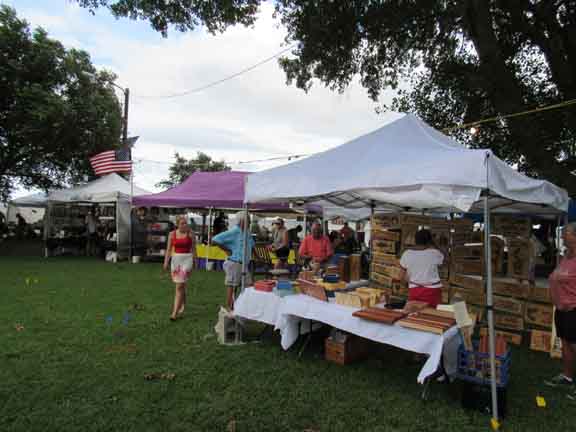 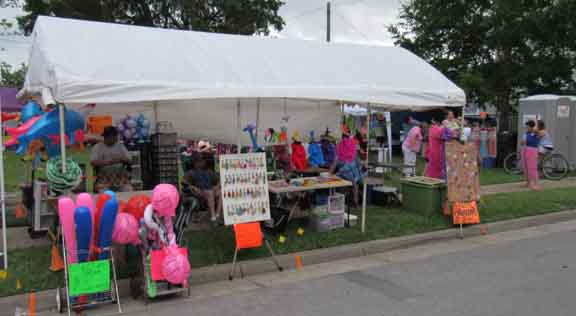 If you are cruising close to Oriental on the first Saturday in July, you owe it to yourself to stop in and check it out. Oriental is a classic small coastal town. Seeing the Croaker Festival will yield you a slice of Americana that is truly unique.

The story / blog of Yacht A Fun, a Gemini catamaran sailboat, traveling the ICW and east coast with insights to the extended cruising life. Oriental NC Pamlico Croaker Festival Cannon