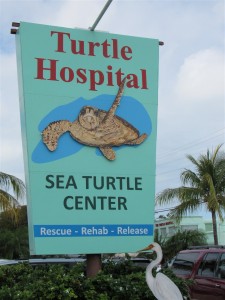 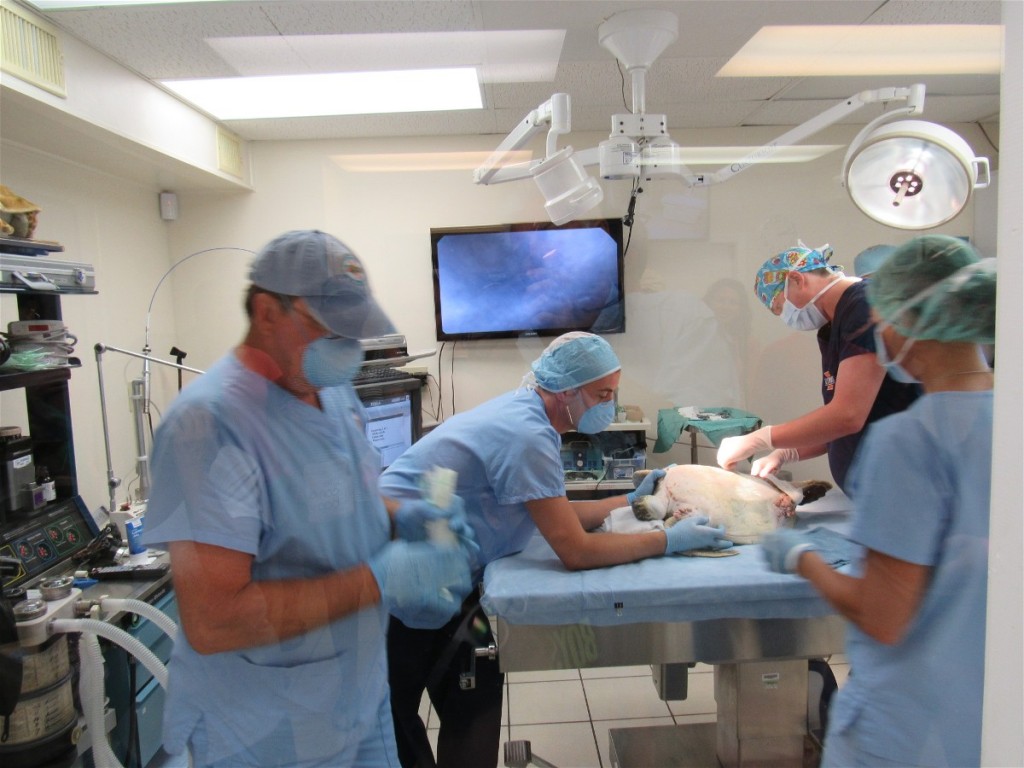 There’s not much drama evident when you pass by the buildings of The Turtle Hospital in Marathon. The buildings, which are former motel structures and a former night club facility, have been painted a soft green color and are obviously well maintained. The parking area is spacious and covered in water absorbing gravel.

Inside, however, there is a wondrous amount of activity and dedication going on. The Marathon Turtle Hospital is the only state-certified veterinary hospital in the world for sea turtles.

During the day of Diann’s and my visit, there were easily two dozen folks participating in the 9AM “Guided Educational Experience”. Tours start on the hour and last for an hour and a half.

Visitors enter the ticketing and gift shop building where waivers are signed which emphasize not putting one’s arms into harm’s way. The room’s walls are used for educational purposes and have wall murals as well as actual turtle shells. Of particular interest, for me at least, is the graphic “time line” providing details of the facility’s transition from being a 1985 motel having a salt water pool for fish and turtles, to becoming a non-profit hospital ( in part as a result of a 2005 hurricane damage to the motel).

From the gift shop the tour begins in the adjoining hospital facility (which was, prior to 1992, a night club building). A seated presentation provides slides and video used to establish a base line of education about various turtle groups and their status within the current environment. Included is a presentation on the recorded migrations of specific turtles which can be viewed at www.tourdeturtles.org 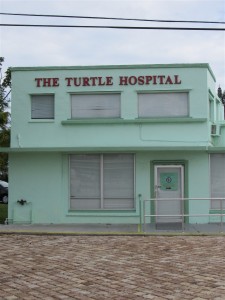 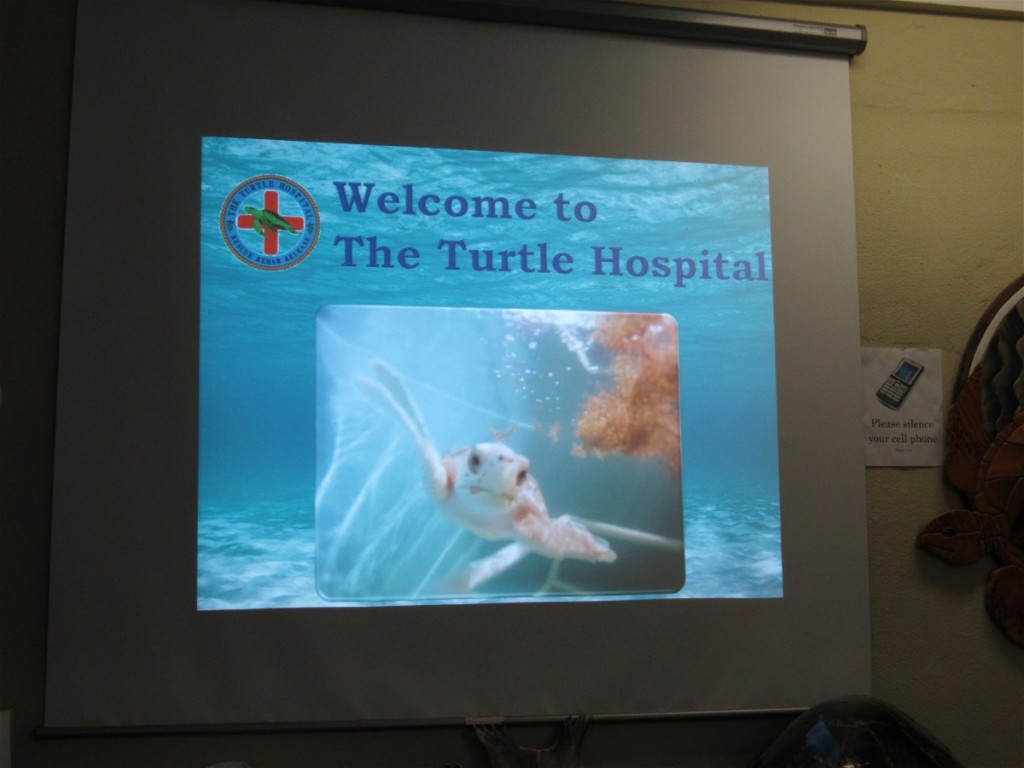 A preview orientation of the current occupants of the facility’s tanks confirmed that on March 24th there were 12 permanent residents and 52 patients in process. 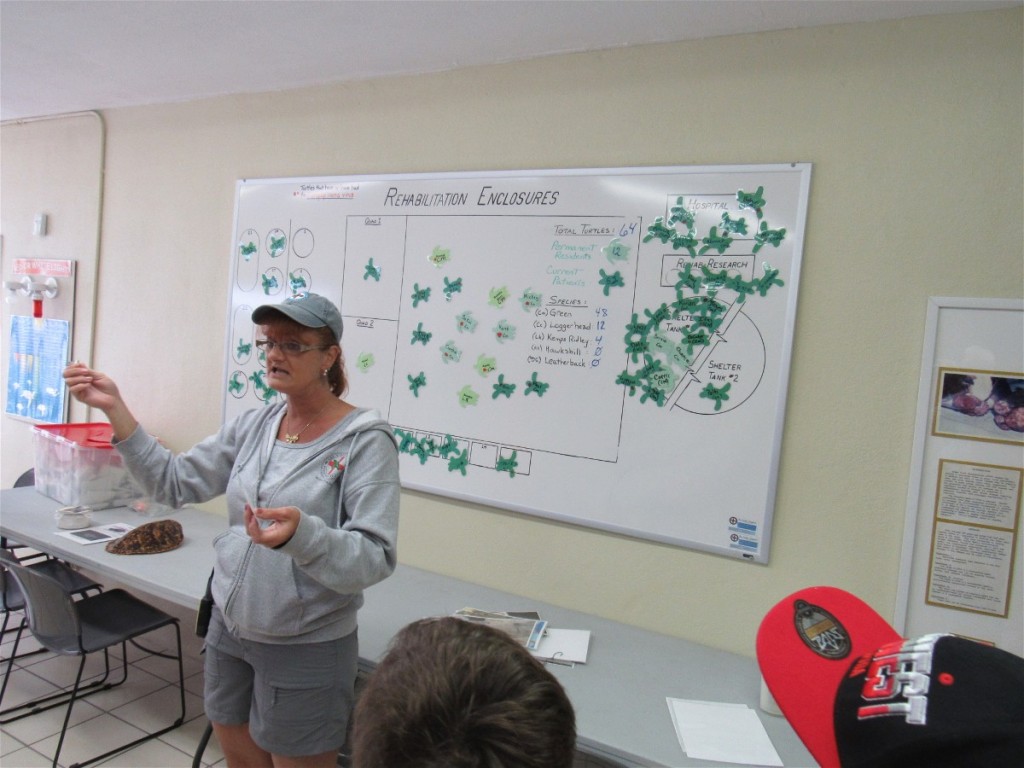 An operation to remove a turtle’s external tumors was underway as we toured. 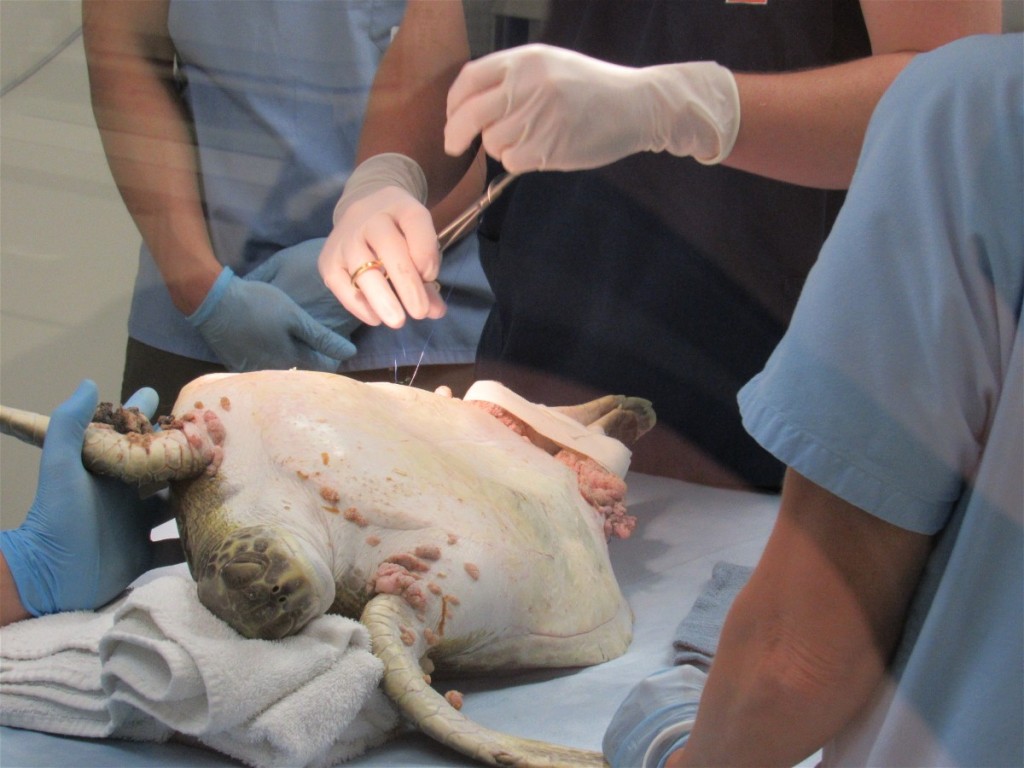 After viewing the operation, through a plate glass window, the group was ushered to the pair of large elevated tanks. Chunks of celery were tossed to the turtles to direct them closer to the tour participants as we were ringed along the tank’s edge. 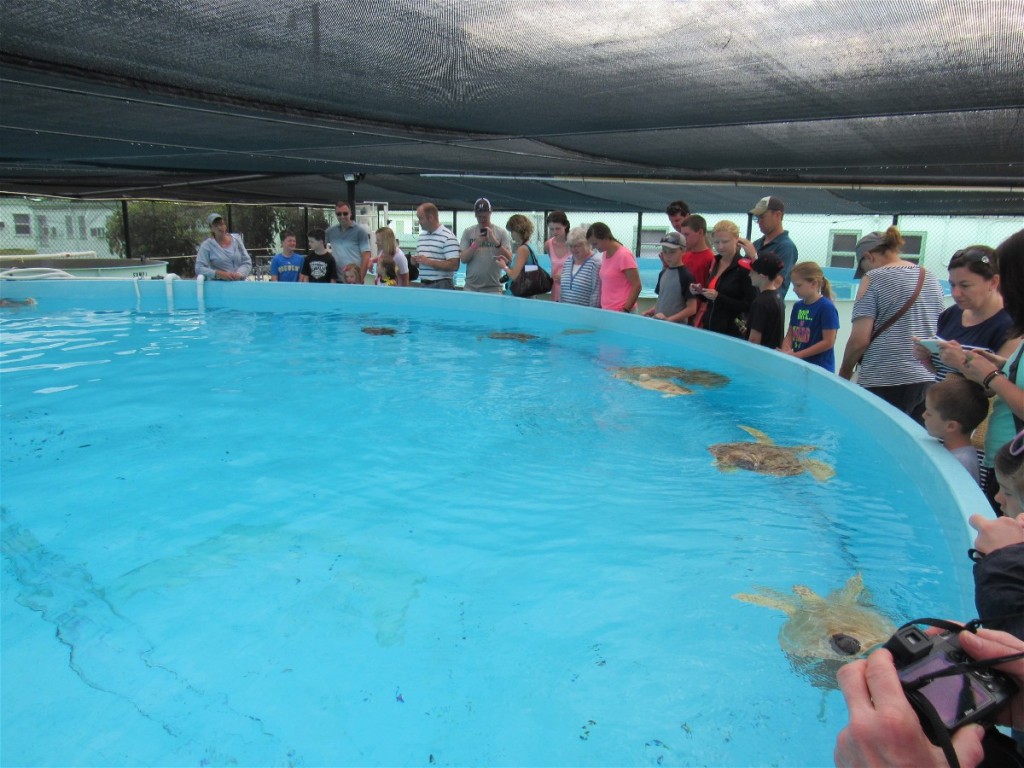 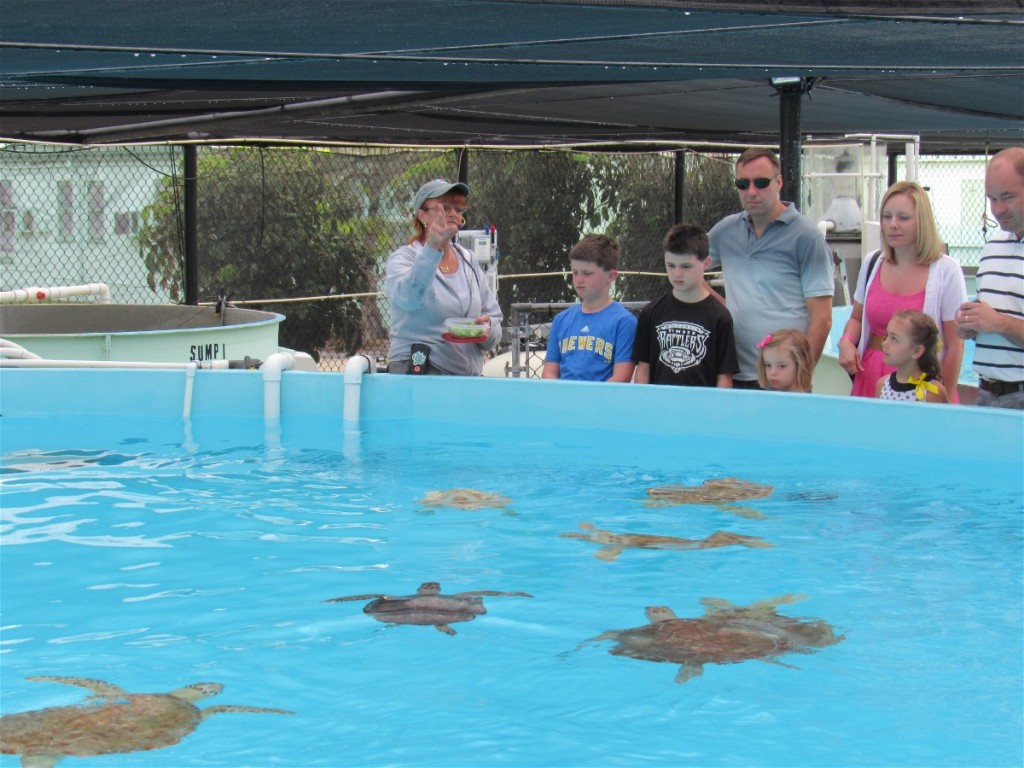 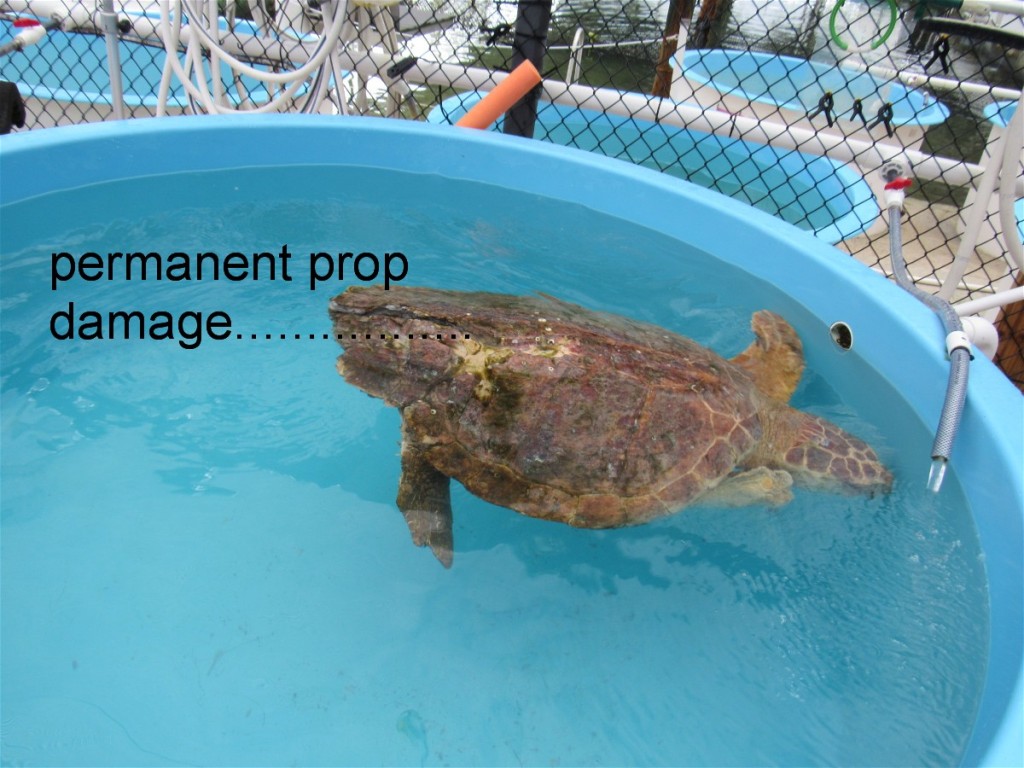 Next was a visit to the salt water pool and numerous small tanks. Nurses were dispensing drugs while we were there, but I didn’t see an actual injection due to my attention to our guide. 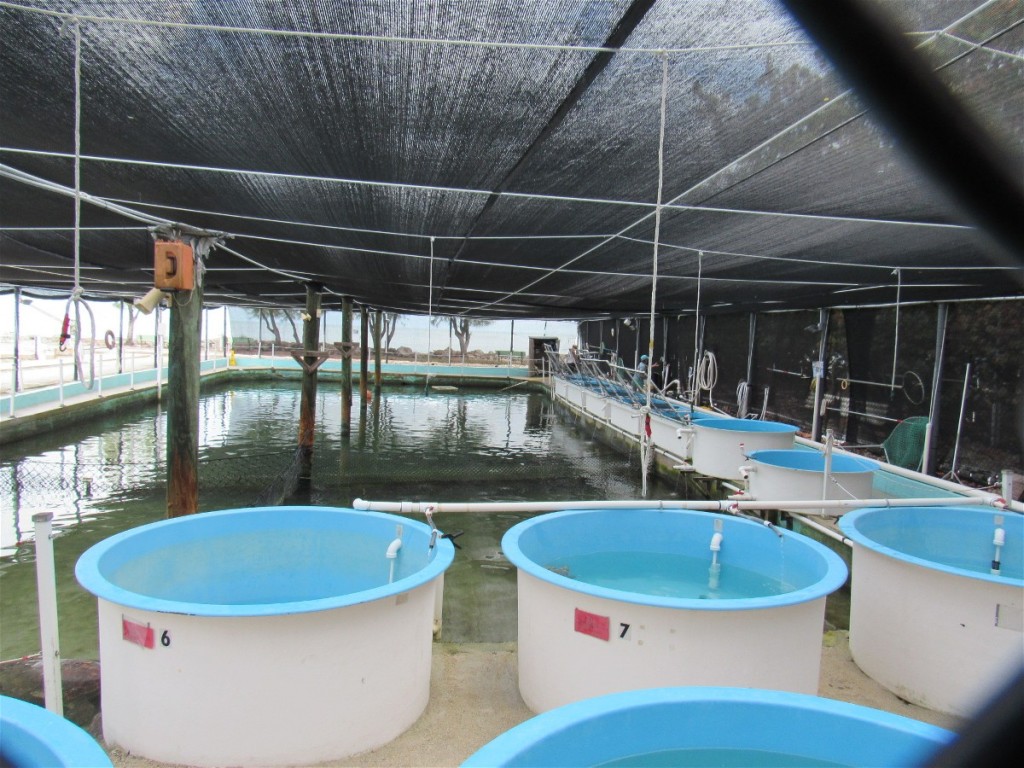 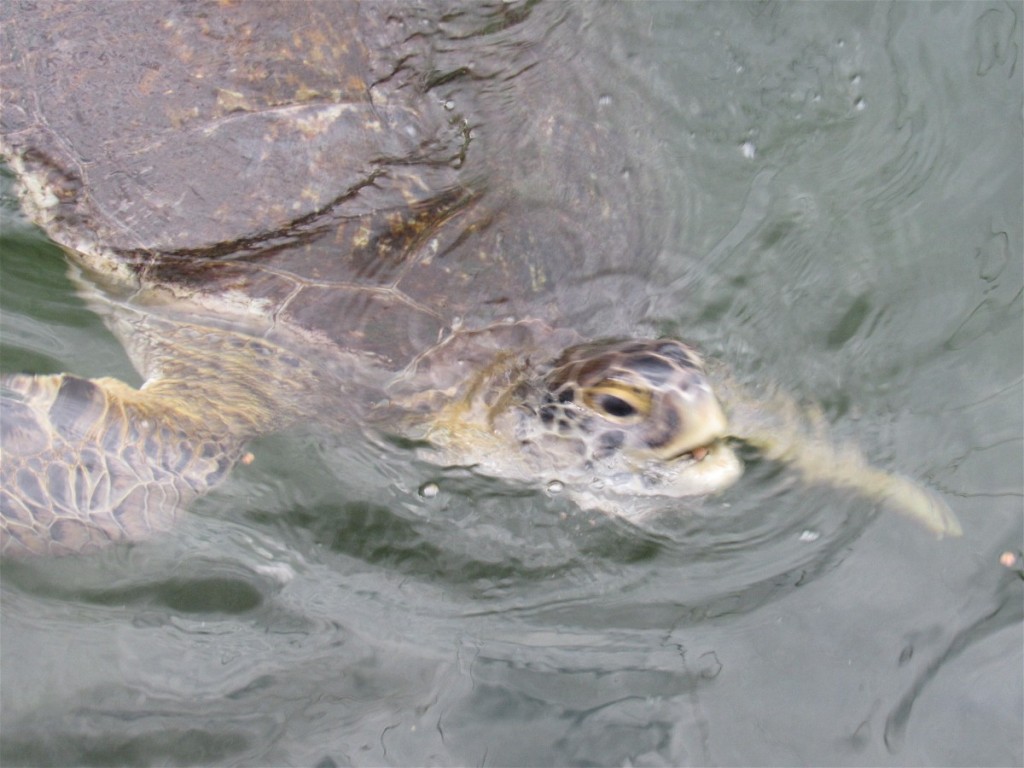 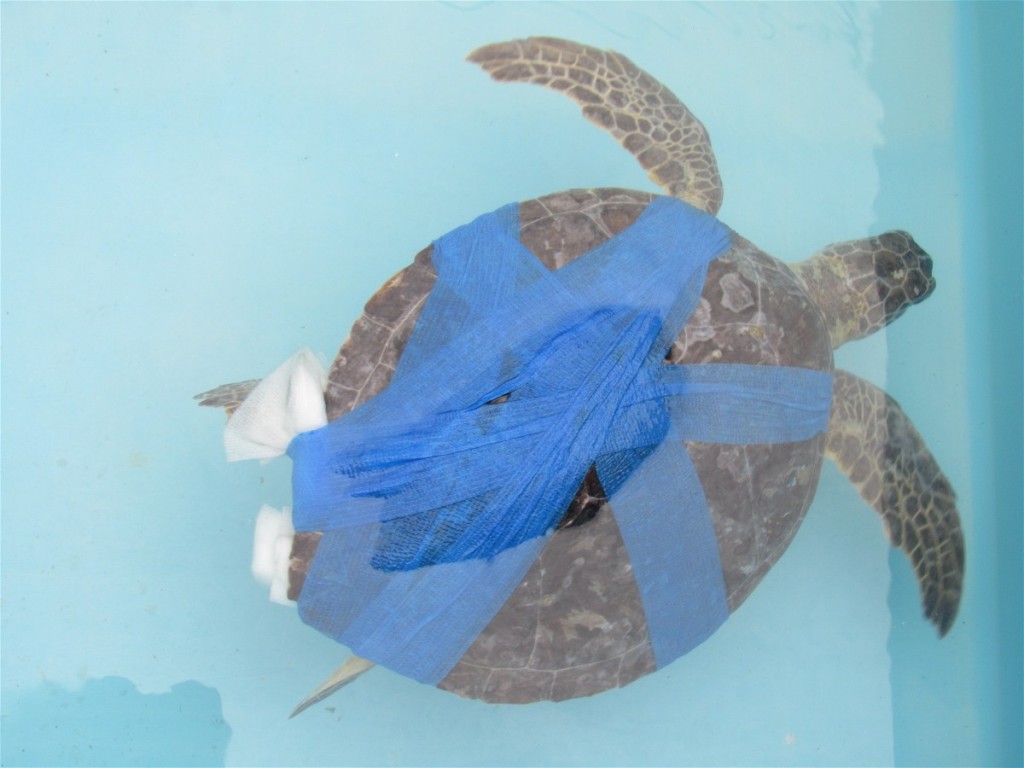 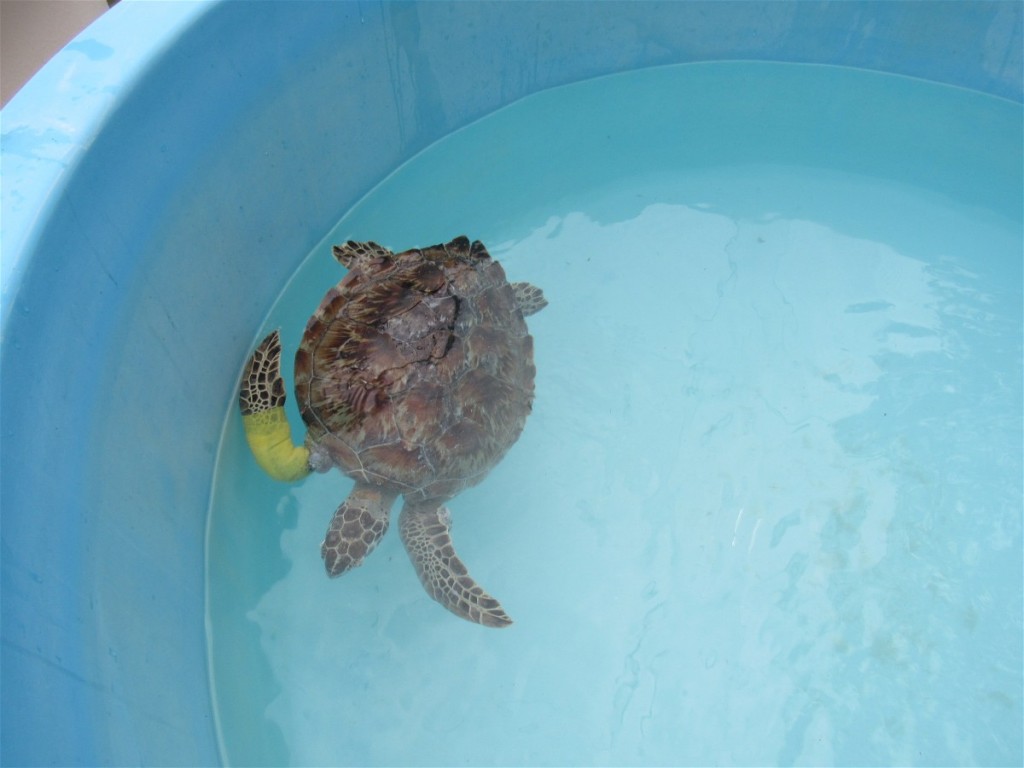 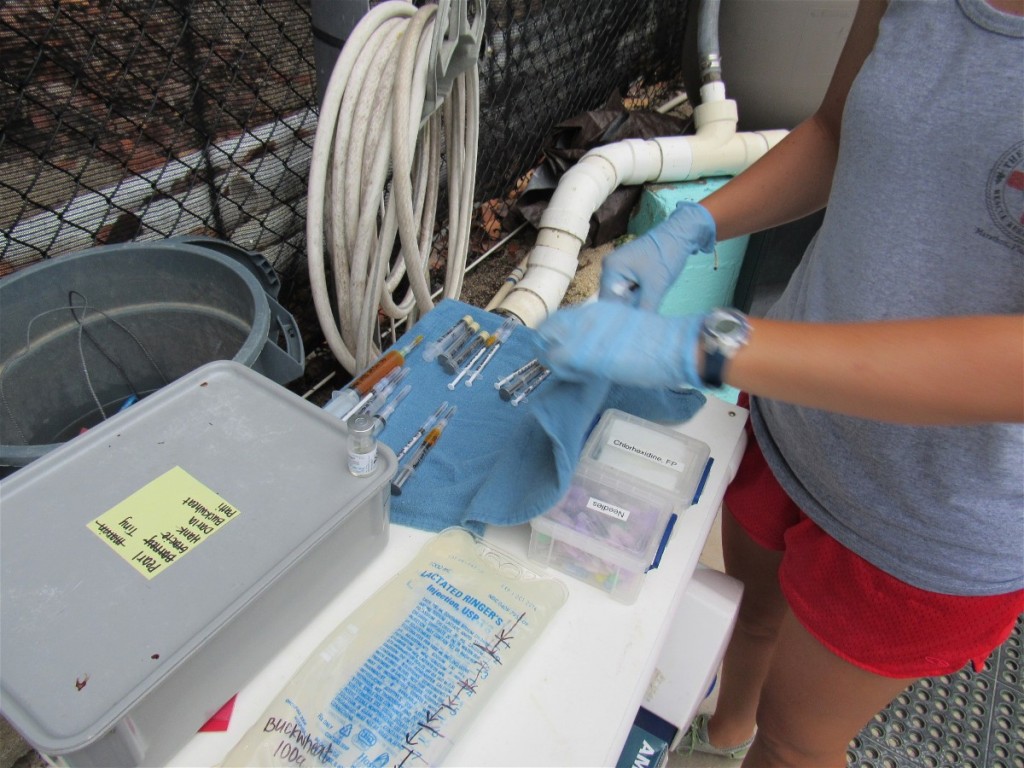 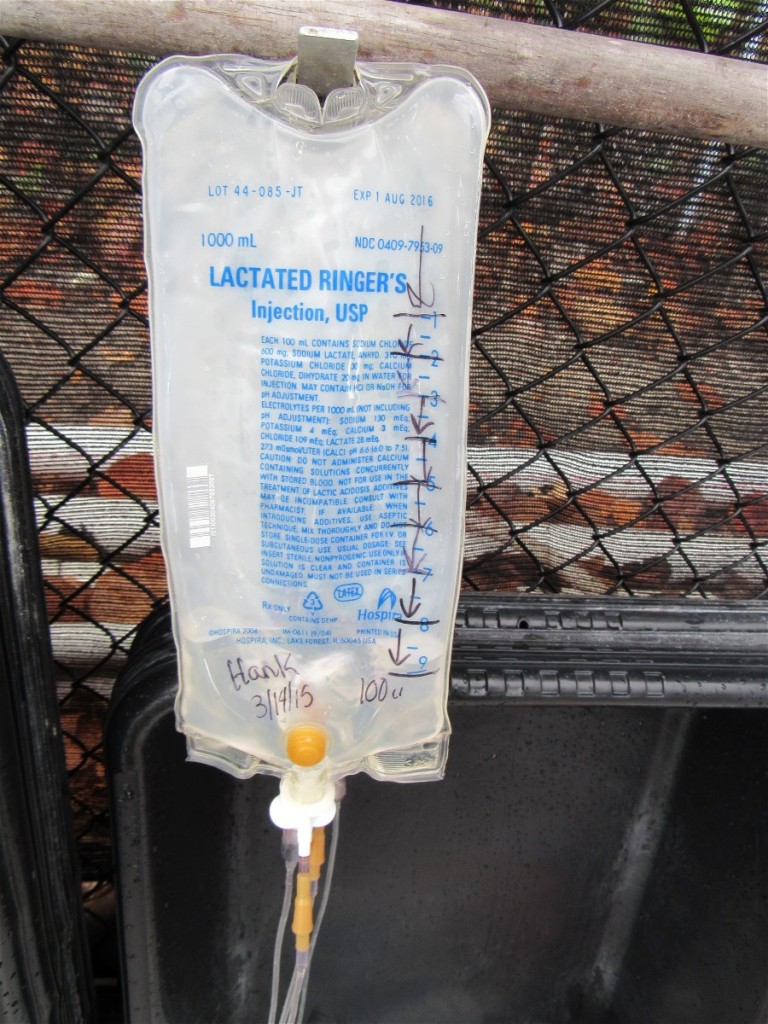 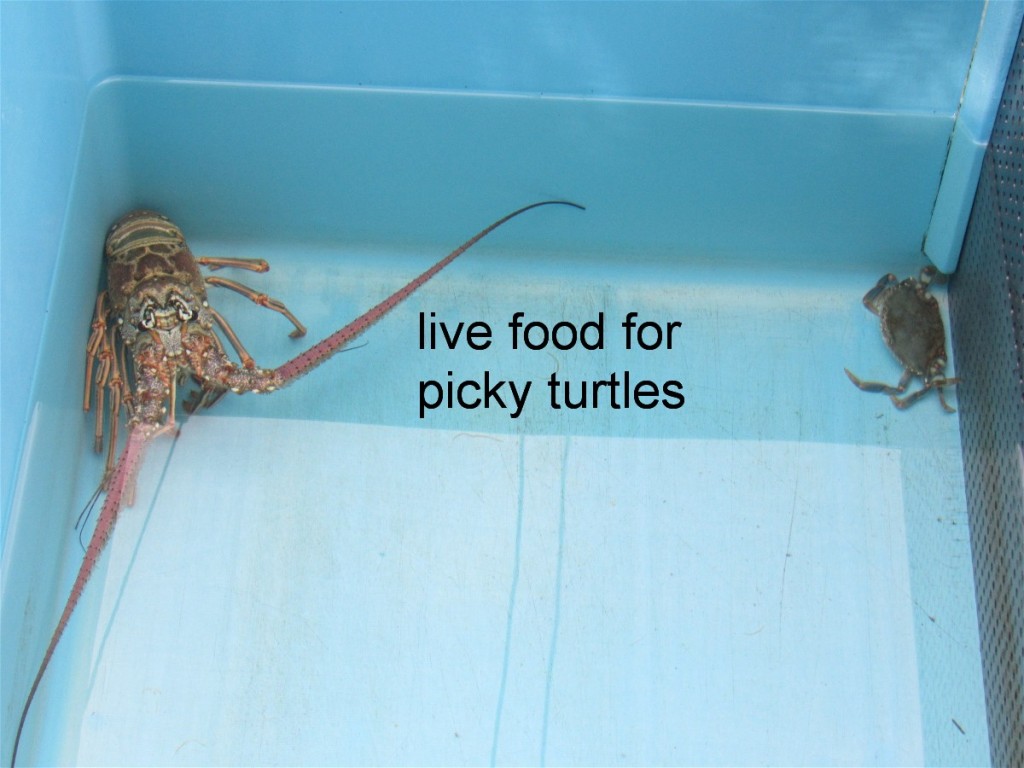 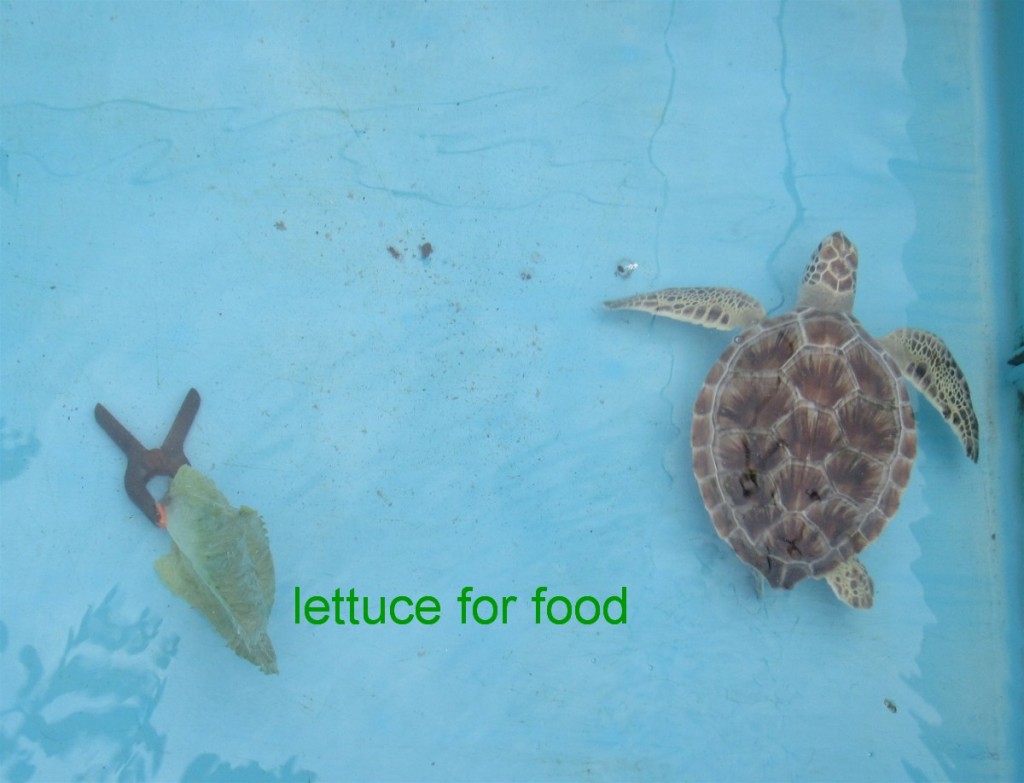 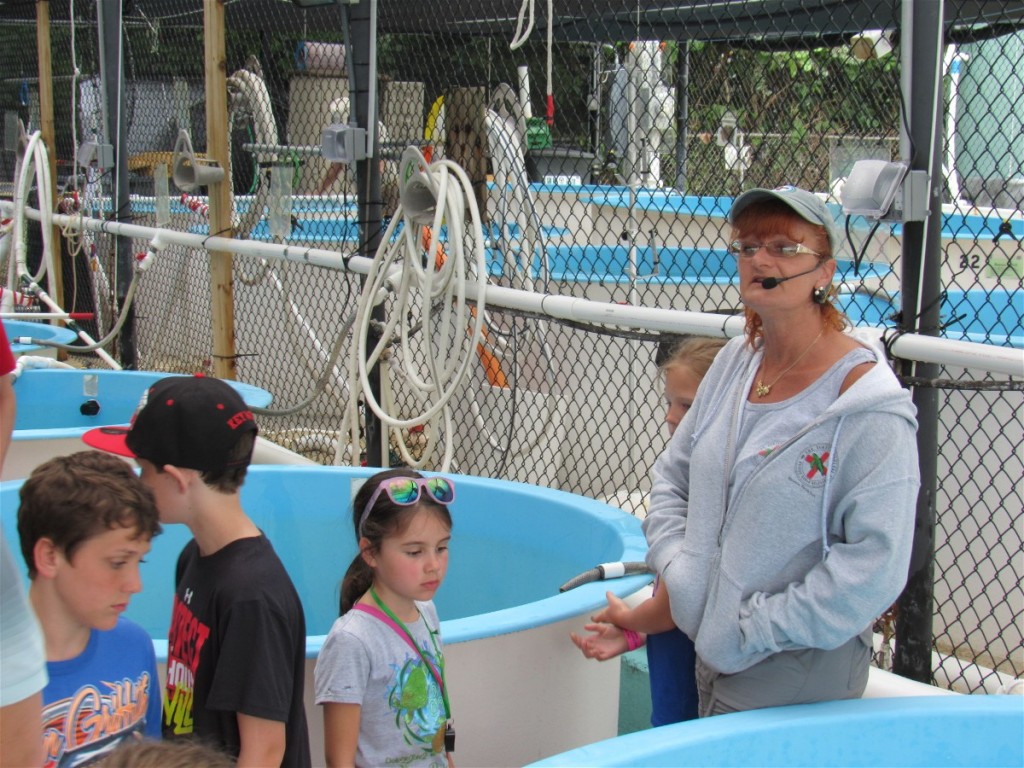 Once the tour was over, we returned to the gift shop before exiting. 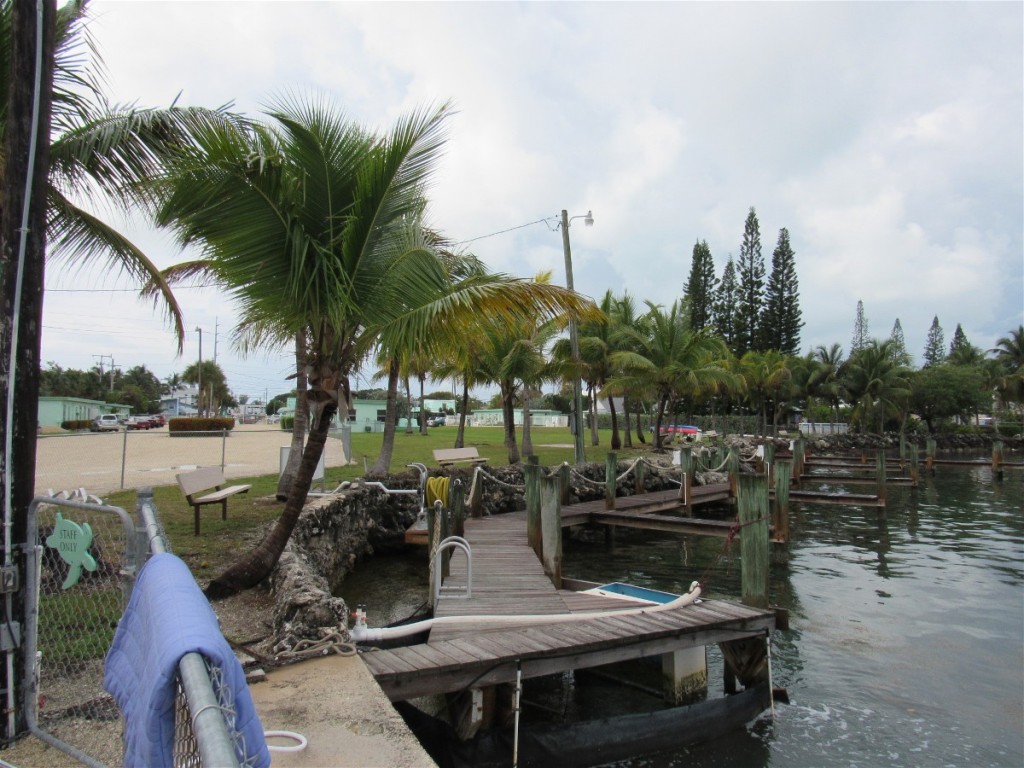 Looking back toward the gift shop from the inground pool

Educate the public through outreach programs

Threats to Sea Turtles Survival in the Florida Keys

How People Can Help Sea Turtles

Be on the lookout for turtles while boating- avoid getting close

During nesting season, keep lights from illuminating the beach, don’t have fires,

and keep dogs away from the nests 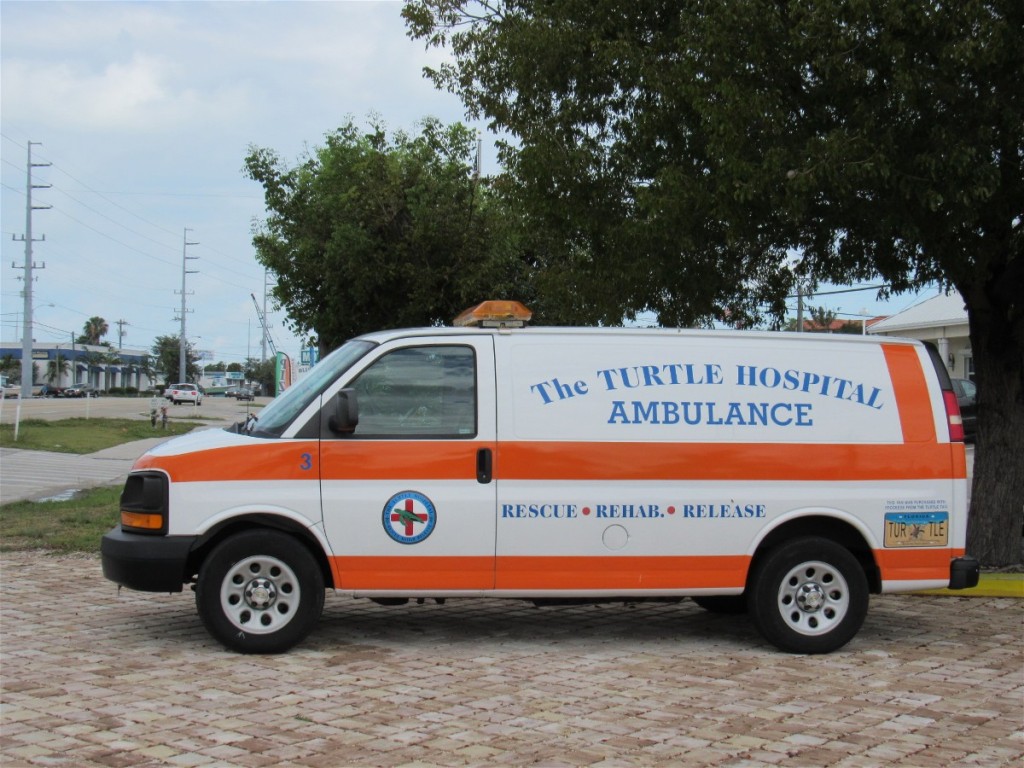