Back in March when the Kyocera Solar Panel was installed on our Gemini sailing catamaran, we had not acquired a switch to de-power the solar panel from the MPPT power controller.

As a result, when we needed to turn all the power off from our batteries, we had to unplug the solar panel connector first. Over time, repeated “plug-unplug” could not be good for the plug / connection wiring. So, we needed a switch. 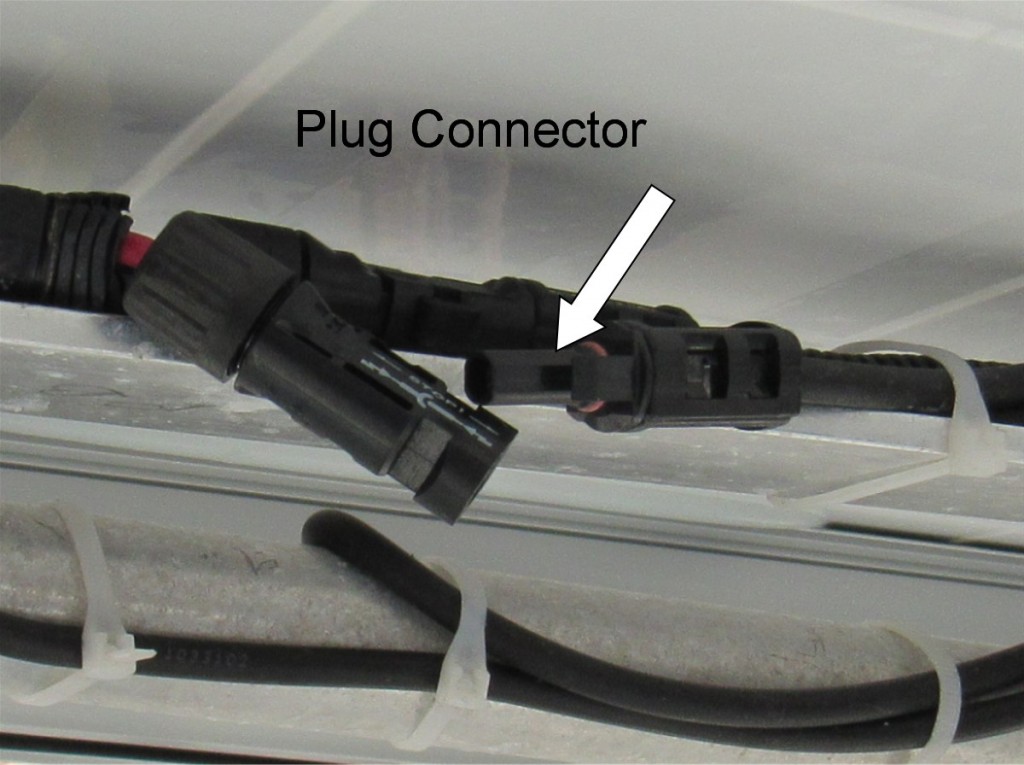 There were numerous less expensive alternatives to a marine grade battery switch. The preferred inexpensive version could have been an inline 30 amp fuse assembly. But every one I found had 12 gauge wire leads. Due to the wiring run distance, I had to maintain 10 gauge (10 being larger than 12 in gauge terminology). To have inserted a smaller wire, into the circuit, would have created resistance and thereby voltage loss. 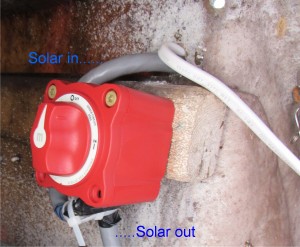 What the hay. We now have a $30 marine grade switch with tinned ten gauge wire connector fittings which were $1.75 each. Having been to multiple hardware stores and a NAPA auto parts store, I found the switch version I needed at West Marine.

Did I pay more for the switch by buying at West Marine, than if ordered via the web? Yes, probably 20% more. But, shipping fees would have quickly over run the savings on that item.

Another Yacht A Fun upgrade was done.   Meanwhile, Diann was working on more teak refinishing.