Sunday, the final day of the Festival, provided two venues- a tour of the Old Jail, and “Living Voices from the Past”.

Five costumed speakers made historical presentations of the history of Southport. Their background, and props- the Smithville Cemetery, and graves therein.

The talks began at 2PM. Our greeter dispersed us in groups so that each of the speakers would have a group with which to speak. The groups then rotated at will.

My first stop was at the 1877 Monument to River Pilots who had died while on duty. Other history included a Ft. Johnson Commissary Officer who committed suicide when his embezzling was discovered by a Wilmington butcher. 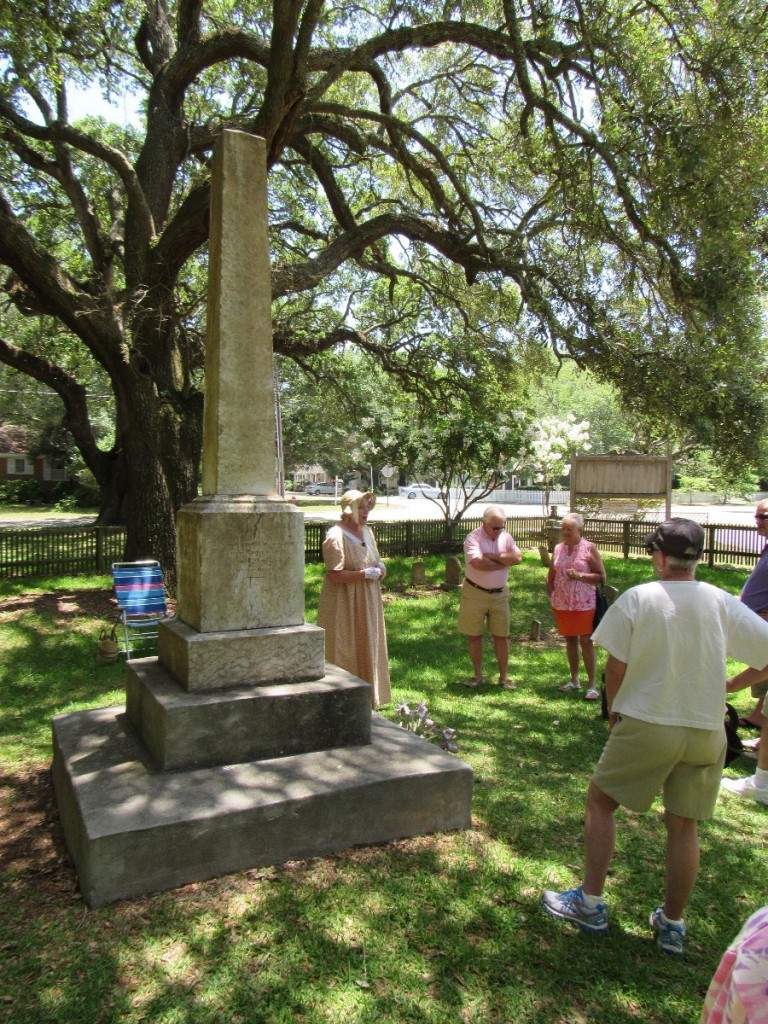 Stops two and three included the topics of railroad and military transport. 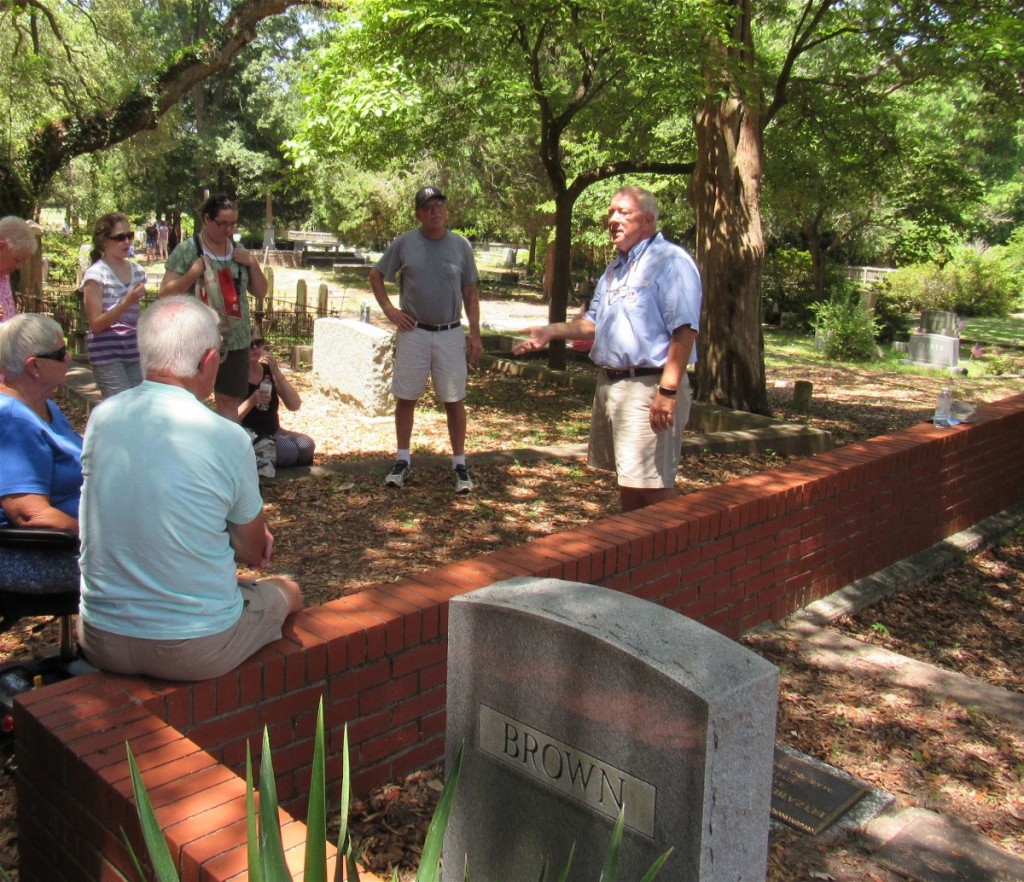 Bob Surridge, on the right 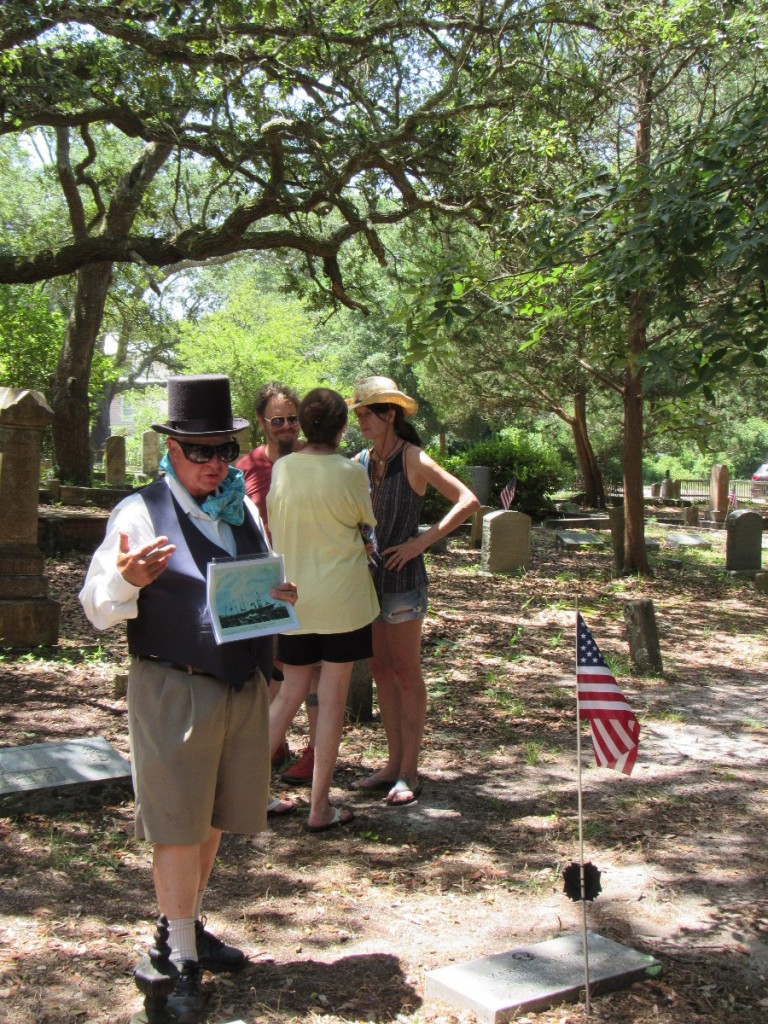 Stop four was my favorite in that Past Historical Society President, Pat Kirkman, took on the persona of Kate Stuart who lived from 1844 to 1929. She began by saying, “Welcome, I’m Kate Stewart. I’ve come back today to……..” 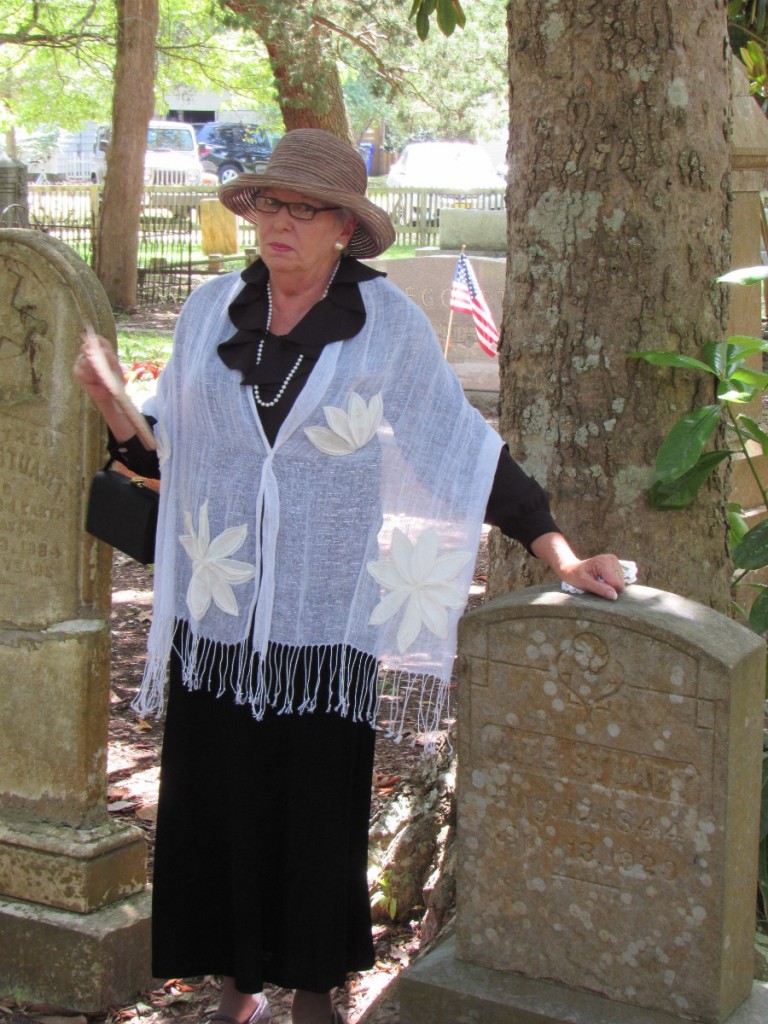 Pat’s information about Kate Stuart ranged from Stuart’s work at her family’s boarding house, to being involved in the change of name of Southport from Smithville, to being the first woman on the local Chamber of Commerce. Telling of Stuart’s ride into town, propelling a railroad hand cart in order to disrupt an all male rail station inauguration speech, seemed to be her favorite tale. 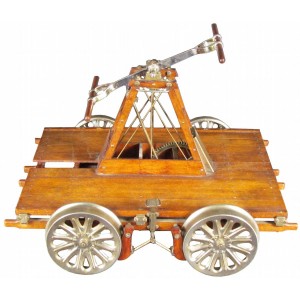 My tour participation ended as I listened to the current Historical Society President, Musette Steck, speak about maintenance of the cemetery grounds and how tree limbs, not vandals, were the primary cause of broken head stones. 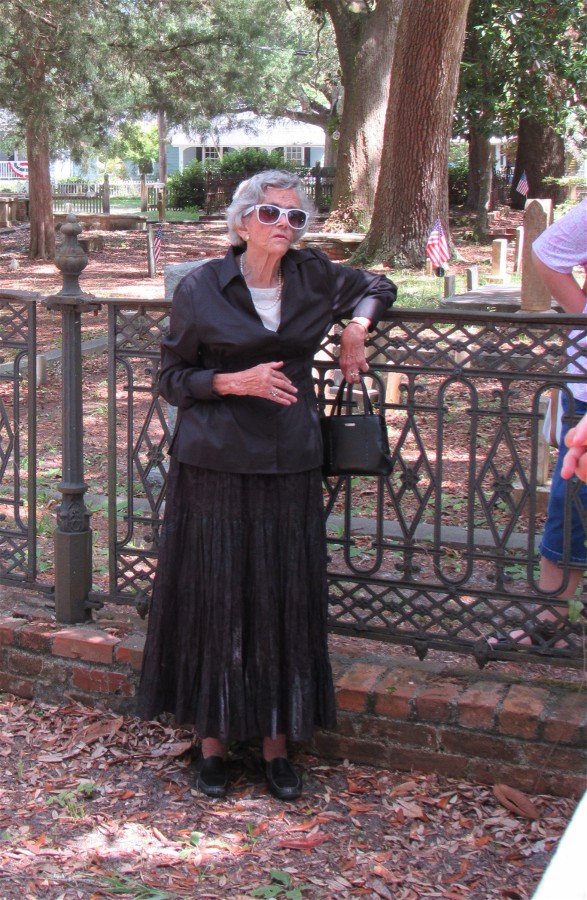 Musette Steck was both greeter and speaker

From the cemetery, I walked to the old jail. It was the first time I have seen real sliding iron doors. Though the room sized three-bay cage was an open lattice of steel flat-bar, it still seemed claustrophobic to me. 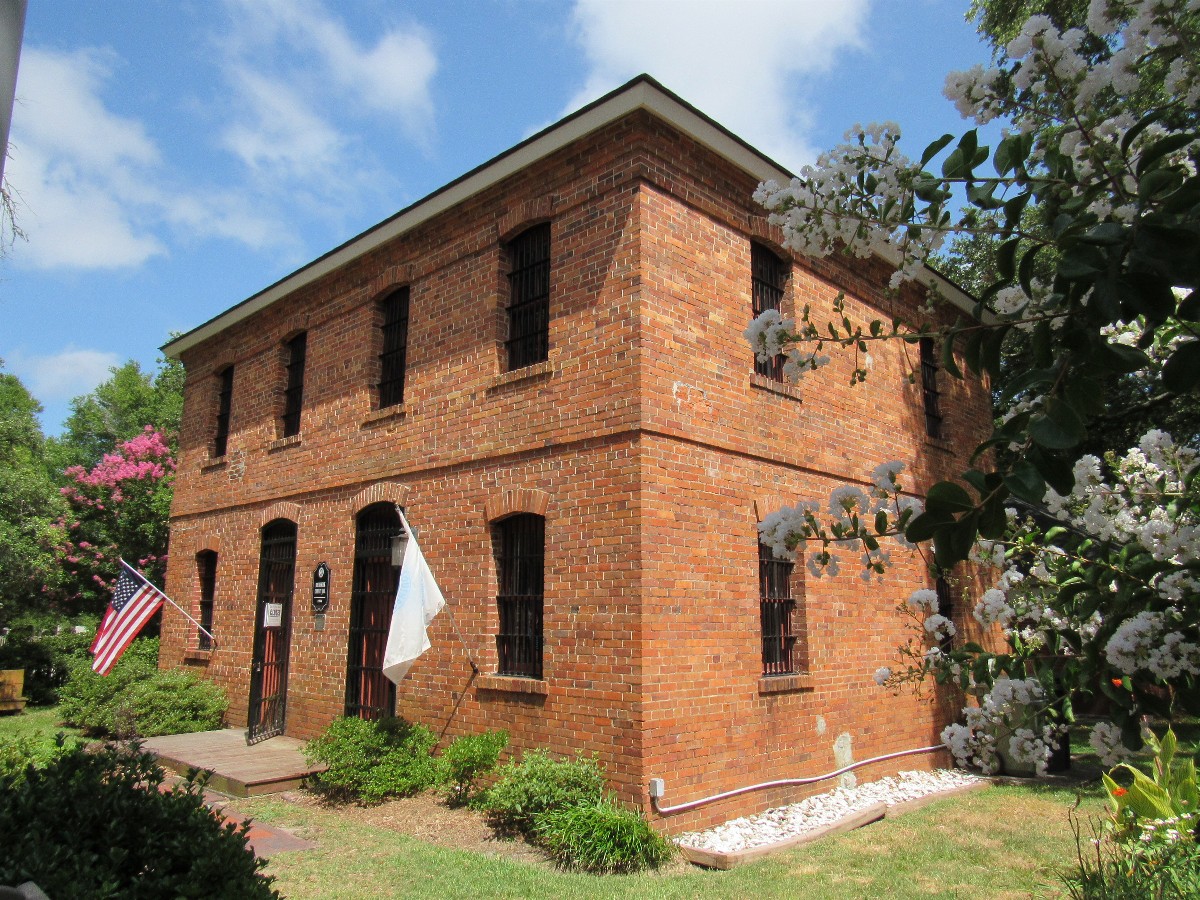 Needless to say, the big crowd was gone. The Sunday afternoon event attendance was by those of us with an interest in history.