Our set of Cary based family was scheduled to arrive for a three day Easter week visit.  It sure would have been nice to have had our Gemini sailing catamaran fully operational after having been “dock-tied” for the winter here in Southport NC. 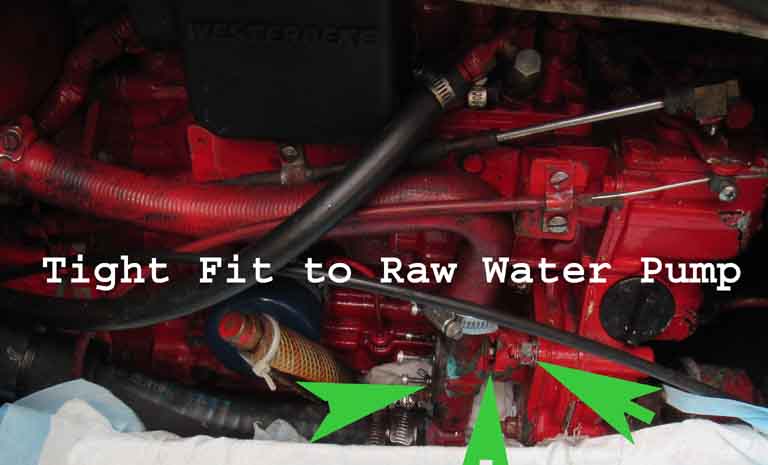 Engine maintenance had been performed in late fall- engine oil, transmission oil, & new impeller.  Now was my time for starting the Westerbeke 30b before then sequentially changing the two fuel filters.  New fuel filters made sense!  I had five days before the kids arrived.

But new fuel filters would have to wait. The engine revealed that it was not safe to run it for an Easter cruise on the Cape Fear River.

When the engine fired up- water began dripping from the air gap on the raw water pump shaft.  The gap is there to help prevent water from migrating beyond a failed water seal- and enter the bearings which are lubed via the engine.  Water in the bearing equals REALLY NOT GOOD. 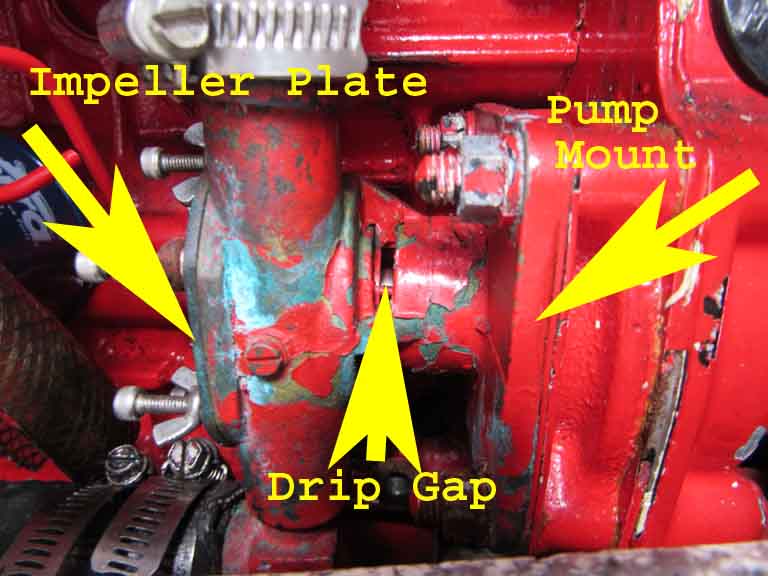 I didn’t want to believe the shaft seal had failed- the cost of a rebuild kit being around $200.  Pushing the seal and bearing would also burn cash as I’d need professional assistance at a marine service facility for that step.  I can believe a total rebuild would push $300.

Not to jump to conclusions, the decision was made to replace the Impeller Plate seal to be sure the drip wasn’t the result of improper paper gasket installation when the impeller had been replaced.  A trip to the supply store revealed that gaskets weren’t an off the shelf item- but the $24 impeller kit was.  So, I bought the kit, and a $5 roll of gasket-paper so as to be able to trace the new gasket and be able to make my own in the future.

Impeller plate removal revealed that the gasket was in perfect condition.  GREAT, I still needed to put on the new one- just to be sure of a proper seal.

And the shaft drip was still there. 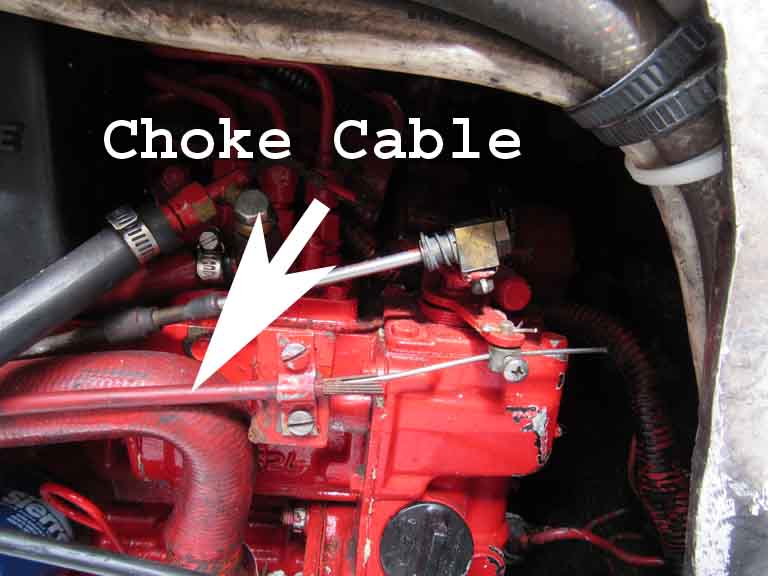 The Gemini’s choke cable is mounted beside the raw water discharge hose.  To get the hose off, requires detachment of the choke cable.

Freeing the hose, by easy twisting with Channel Locks, worked well. The hose is such that using a rope adds pulling power. 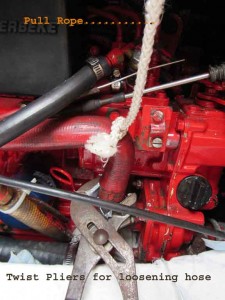 Removing the 30b raw water pump model 33636 was typical boat work.  The four mounting plate bolts were accessible- but number 4 is a bear to get to.  Removal, of #4  worked with the socket tools on hand.  Reinstalling the nut on that bolt stud will require a flexible socket extension however.  Add one more tool!

Wear marks were evident.  And, those marks should have been pointers of needed repair- two impellers (and a thousand miles) ago. To my credit, though, I’d never seen the inside of a raw water pump before working on Yacht A Fun. 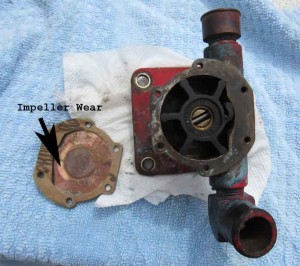 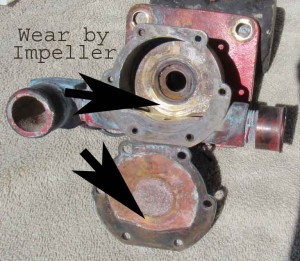 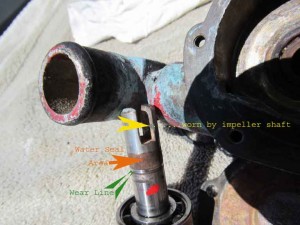 I called Snyder Marine and spoke to owner Ron Snyder.  He volunteered to look at my disassembled pump to guide me in deciding whether to rebuild it, or replace it.  He was very helpful.  It didn’t take long to realize that the pump body was too scored to be a “good fit” for a rebuild.  The nipples, however, will go on the new pump- and save $80. 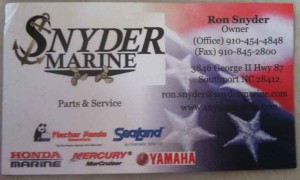 The $422 new model 48080 Johnson pump is on the way from Engines 1 out of Portsmouth Virginia.  Engine 1’s phone based technical support (regarding a failed solenoid)  had been so helpful, back in November of 2014, that I felt compelled to order a pump from them- if the price was anywhere near the “discount” web stores.  Their price was $120 less than a couple of the web based stores!

While we await the new pump, Diann and I have worked on the four deck hatches.  For that fun, see the next post.

The story / blog of Yacht A Fun, a Gemini catamaran sailboat, traveling the ICW and east coast with insights to the extended cruising life. Westerbeke 30b pump 33636