After eleven  months of “Cruising in Place” here in Southport, NC-  we are about to head north for haul out, bottom paint, and drive leg oil change.  Well, we plan adventure travel to Oriental, Ocracoke, Manteo, and the Chesapeake Bay too!

It just made sense to do a shakedown cruise of our Gemini sailing catamaran onto the Cape Fear River.  So we did all the necessary prep and fired up the diesel engine.  Before untying the dock lines, I put the transmission into forward- all was well.  I put it into reverse- and the reverse lock mechanism failed to hold the outdrive from raising upward on the pivot pin! 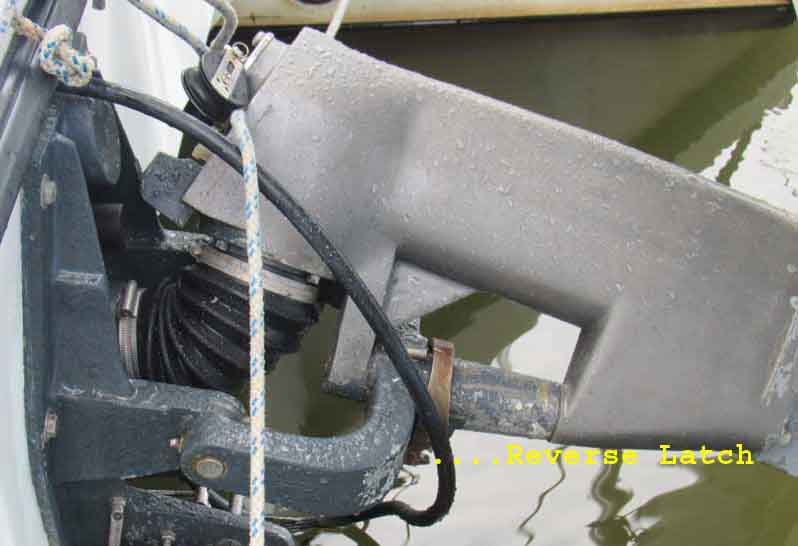 Normally, when the drive leg drops into position, a bronze colored stainless steel latch pops up over a corresponding horizontal locking pin.  As the latch slides into place, it raises the needed lock mechanism.  One hears a crisp bump / snap sound.

I’d heard that sound when the drive leg had been lowered before staring the engine.

The engine was stopped.  The homemade 4×8 work float was pulled to the rear of the boat.  A review of the lock mechanism revealed that the end of the lock had sheared off.  I’d earlier seen wear on the part, but wasn’t sure that it had occurred after our purchase back in 2013.  Well, the part is 19 years old and has been bumped by the latch many times. 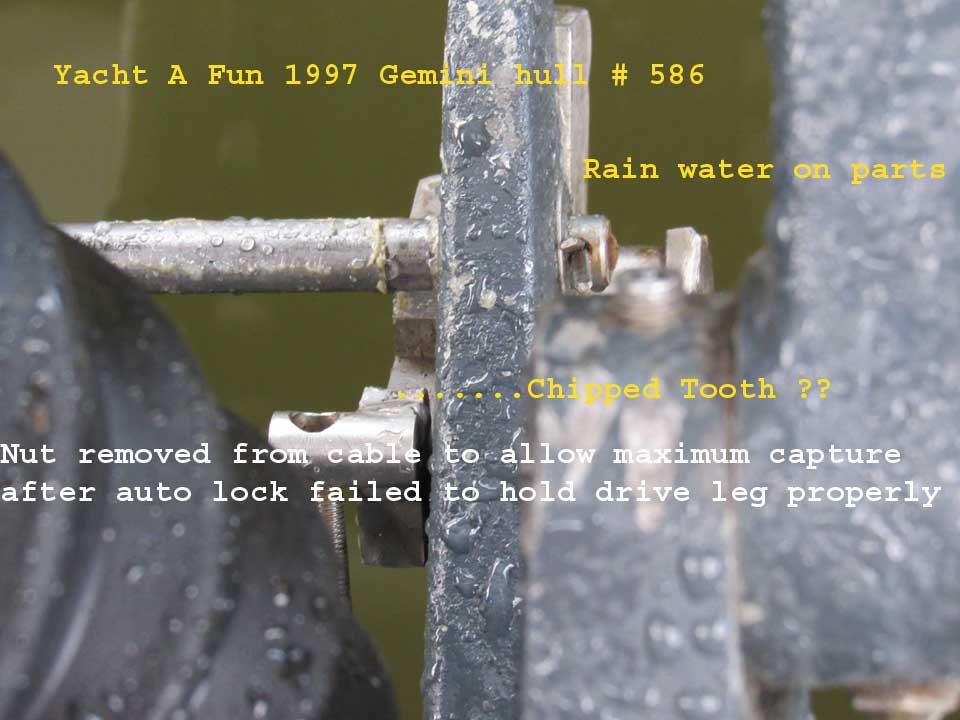 To make the best use of what lock “tooth” surface remained on the lock, I removed the nuts from its cable release.  The lock could then move further toward the latch and pin.

Upon restarting the engine, a multiple engagement of the transmission showed the lock to be holding the drive leg in place.  Hoo Ray!

The shakedown cruise out of the harbor went fine.

As we attempted to re-enter our slip, however, a needed hard reverse to twist the alignment of the boat resulted in a dull pop and the sound of the drive leg’s propeller beating the water surface.  And the boat was on course to ram a piling!

I went to neutral, and then a slight forward bump to re-latch the leg.  When I went back to reverse, the leg held- since I didn’t romp the rpms.

We missed ramming the piling.  And settled into analysis and planning mode.

The drive latch can be manually wired down so it won’t be able to open;

The good aspect is that reverse will be dependable;

The bad aspect is that if we hit a submerged item while underway the drive leg can be significantly damaged.

Parts will come from England.  That wait will be at least a week, or so.

To install the parts, Yacht A Fun really needs to be out of the water and blocked up.  For multiple reasons, we had already planned to haul out in New Bern- not Southport.

Today, I’ll wire the drive leg latch closed.  The leg will remain down until we reach our New Bern destination.  There is comfort in knowing that in December 2014 we kept the leg locked down for all the bridge encounters in South Florida- without incident. 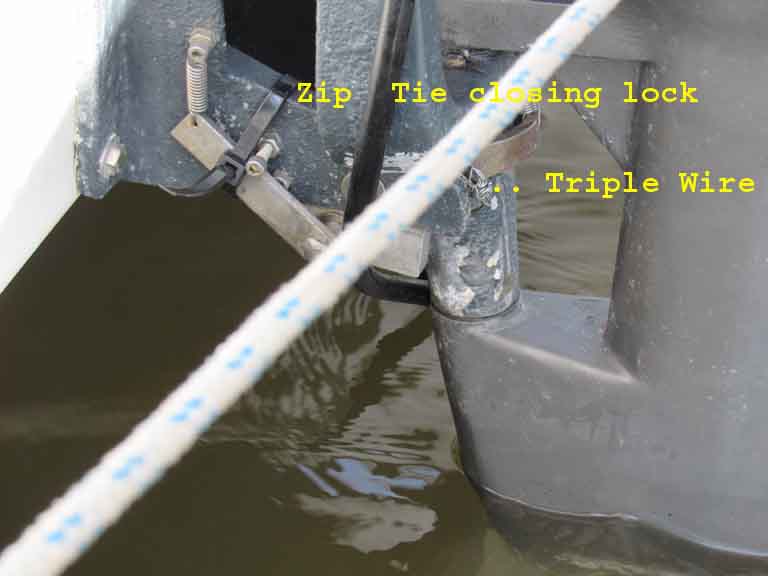 If the Lock worked with spring tension, it should work better held closed by a zip tie 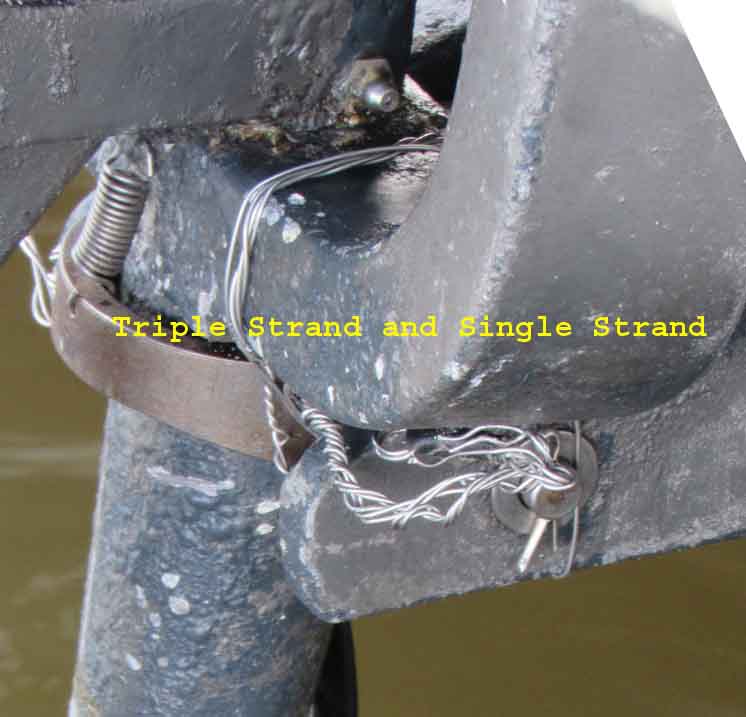 Looped over the Latch point, and wrapped, the triple wires and single wires should do the trick

To mitigate the possible impact force of hitting something-  I’ll not run the throttle wide open.  To ride the flood tide current toward the ICW   Snow’s Cut, we depart in the morning at 8AM.  “We’ll be slow cruis’n”  during the trip to New Bern!

The story / blog of Yacht A Fun, a Gemini catamaran sailboat, traveling the ICW and east coast with insights to the extended cruising life. Sonic Sillette Drive Leg