When Diann and I returned from Florida on our Gemini catamaran, Yacht A Fun, we were offshore overnight after leaving Fernandina Beach. The catamaran’s original compass was illuminated but was so small that we had to lean over to read the dial. Leaning over to read the dial meant that we weren’t as consistent with our course as we might otherwise have been. (Our I-Navx on iPad was monitored by the navigator, not the helmsman.) 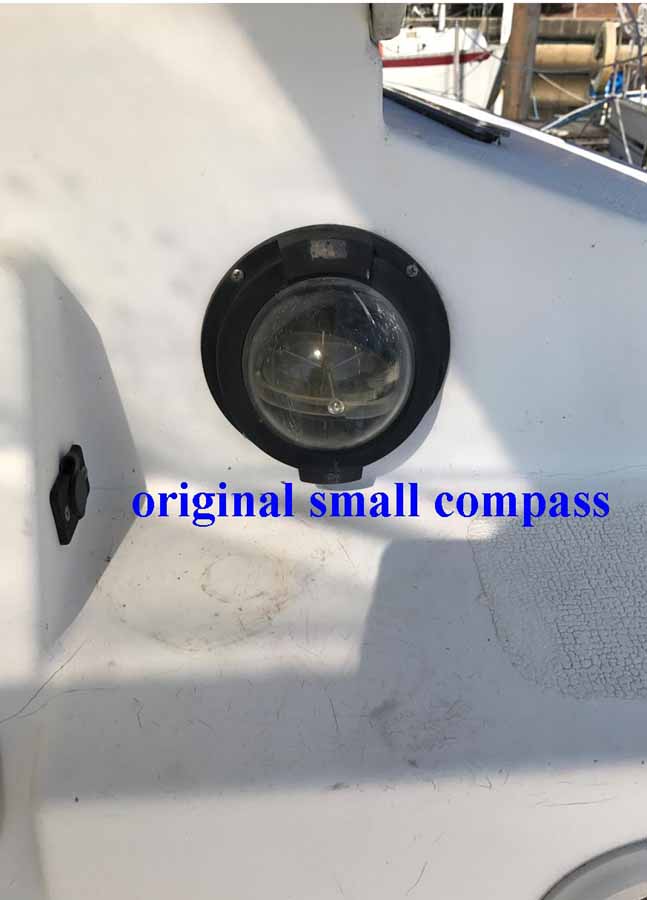 In as much as we are preparing to do a bit of traveling, I felt it time to replace the old compass. I wasn’t too early- the gel had dried up over the past few months.

Our compass of choice is a Ritchie Navigator BN 202. It’s the largest compass that will fit (with bulkhead modification) in the needed location.

Of my most recent projects, changing to the Ritchie BN 202 has been most joyful. The process was pretty straight forward

After removal of the original (and dead) compass, the bulkhead panels were inspected to be sure no wiring was behind the area of enlargement, 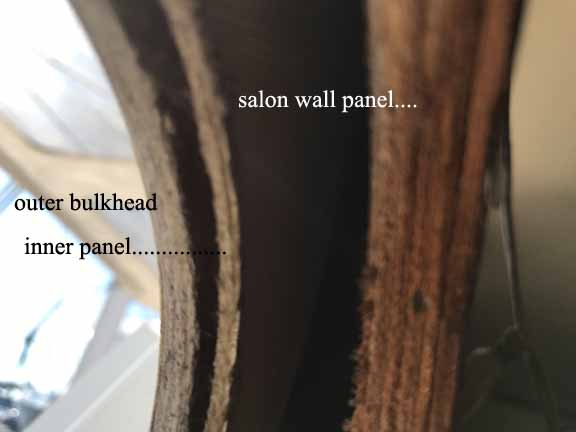 Paper templates were cut from the printed 8.5” by 11” paper stock & used to plan the cut,

A scrap piece of thin plywood was cut from a paper template overlay to create a rigid template such that the bulkhead curvature could be incorporated in the enlargement outline, 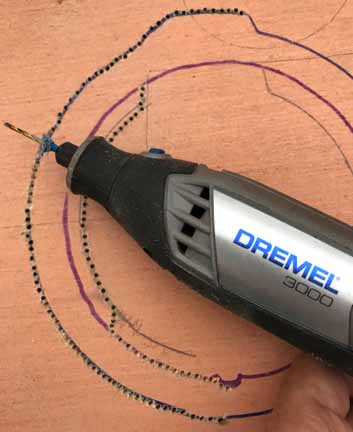 By using the Dremel with small bit, the resulting perforation created a guide for the hacksaw blade which had been removed from the saw frame 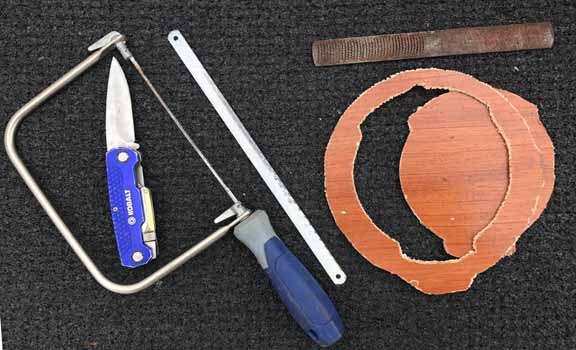 The bulkhead cutting was done via drill hole perforation and drum shaped grinder to connect the “dots”. Afterward a piece of removed inner fiberglass panel was epoxied to the left side of the enlargement. That added strength back to the left side. 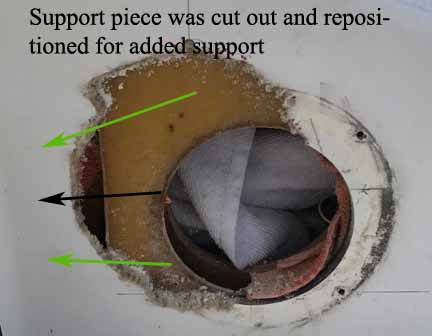 Since the original compass hole was right of the enlargement, a filler was necessary. By epoxying what had been part of the plywood template to the right side, the double hole was reduced to fit the new compass. Once the piece was solidly in place, I mixed West System silica filler with Six-10 epoxy caulk and fared the fill to meet the bulkhead. Too cool- the Ritchie BN 202 frame covers the edge of the old compass such that no raw epoxy shows. (except for two little drill holes which will get touched up) 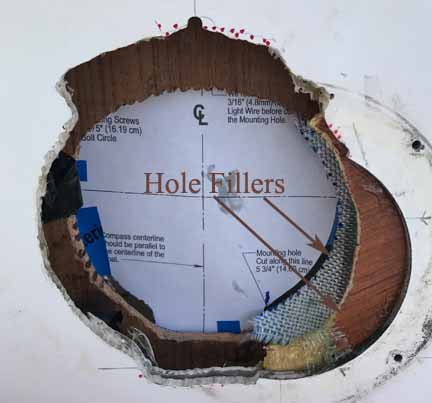 The original compass wiring didn’t have a dedicated path to the power wire. I drilled a new hole and added shrink tube to the wires for chafe guard. 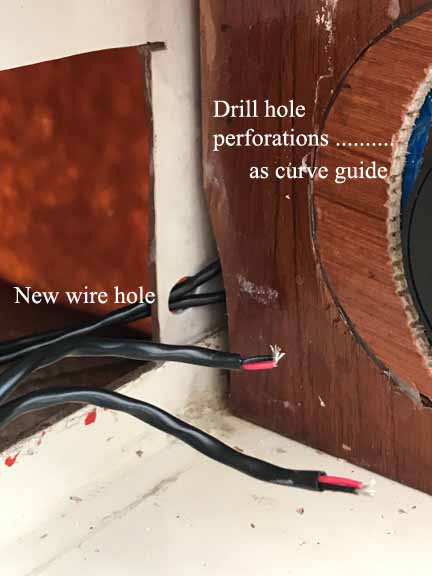 The compass was aligned in the hole. Other dashboard electronics were turned on to be sure there was no deviation created- and the die was cast, 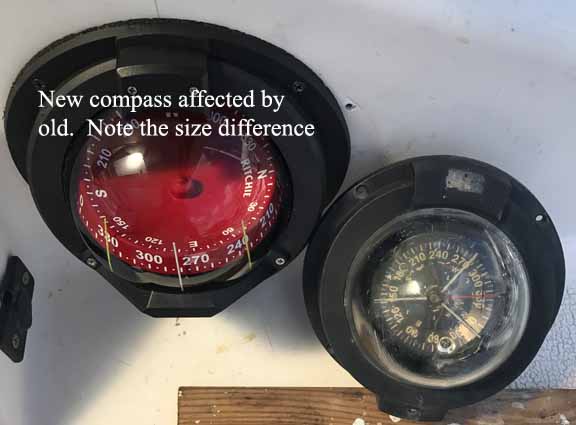 Note the size differences ! Diann and I look forward to using the compass- away from the dock…..

The story / blog of Yacht A Fun, a Gemini catamaran sailboat, traveling the ICW and east coast with insights to the extended cruising life. Ritchie BN 202 compass