Since the Media Center was located at the Convention Center, Diann and I began our Friday Feb. 13th day there. The building is some 1,000,000 square feet. On the four city blocks of convention center property were multiple huge outdoor tents, as well. To say there was a lot to see is an understatement. 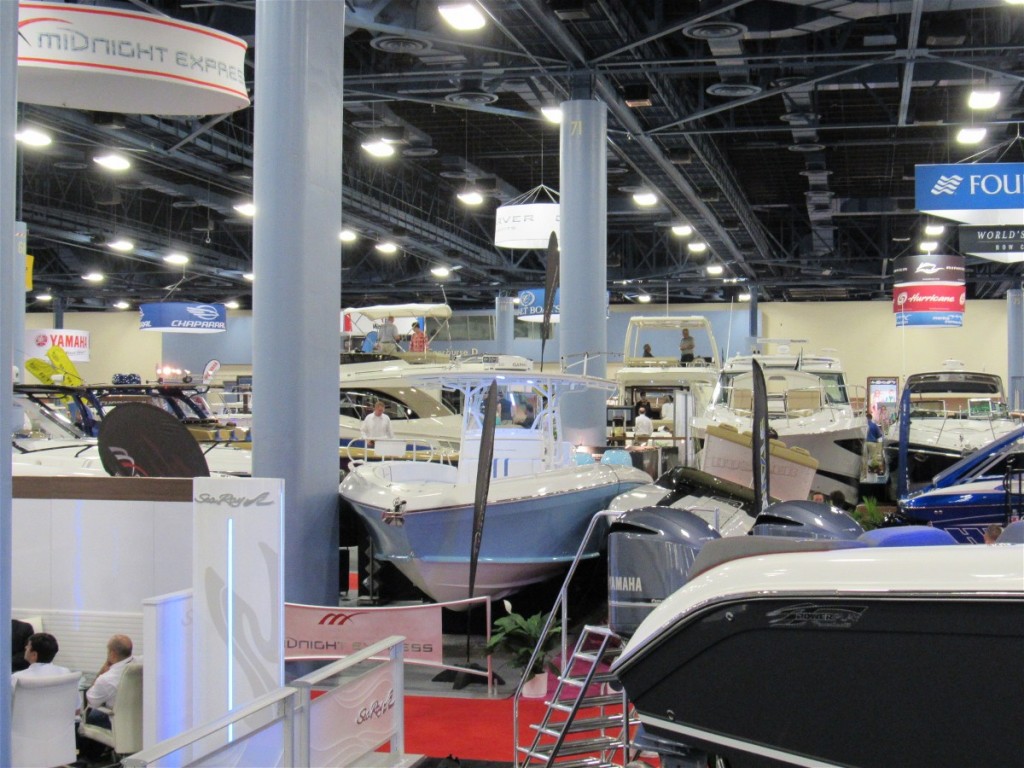 Boats inside the center 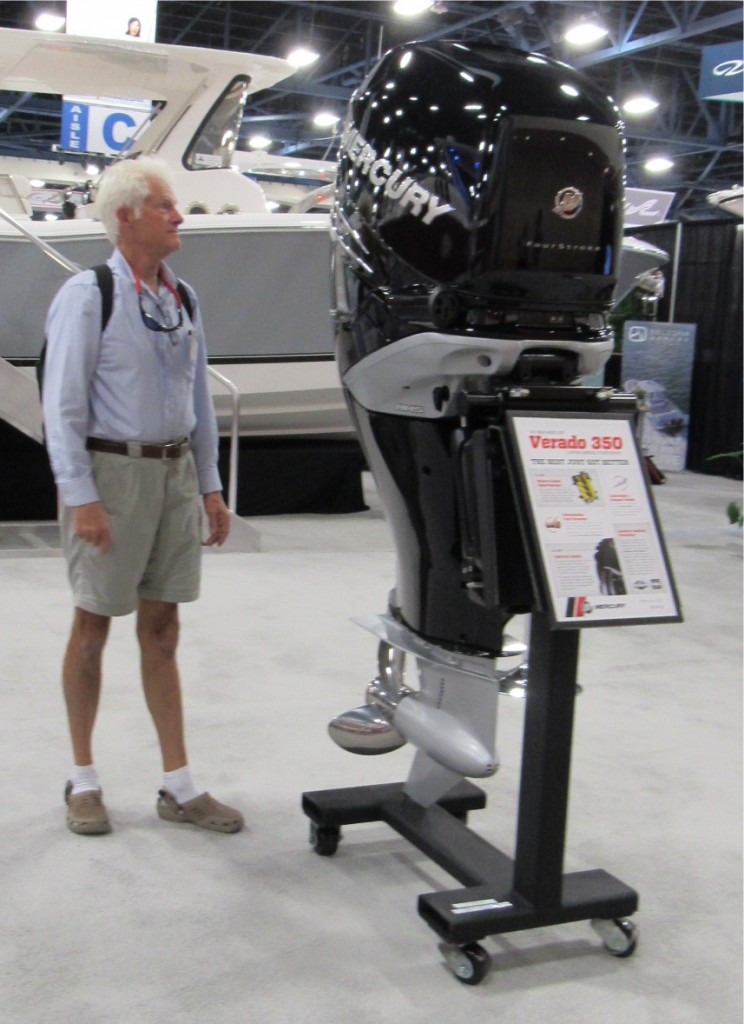 Look how big this 350 HP outboard engine is 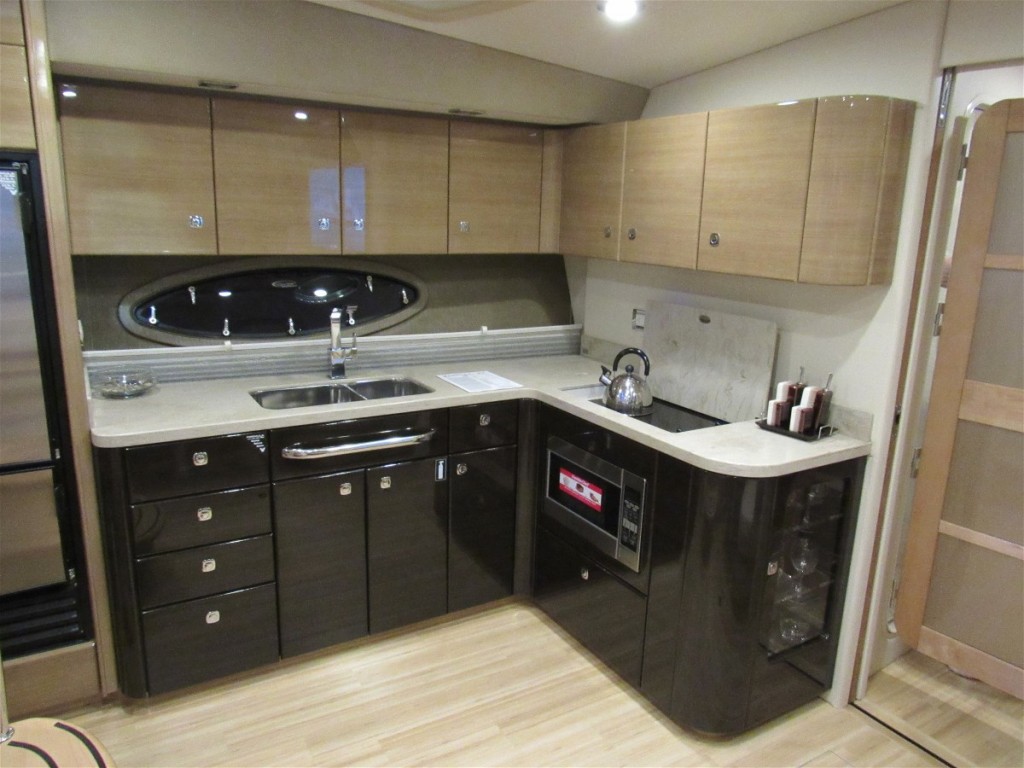 Galley in a 45 foot power boat 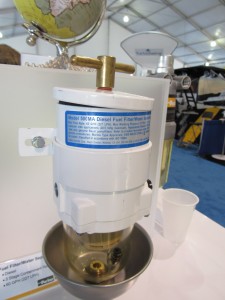 We had reviewed the locations of what we felt was relevant to our needs and attempted to map out our “plan”. For the most part that worked. But…………. we were invited to the unveiling of the new Leopard 40 sailing catamaran at Strictly Sail / Miamarina and had to leave the center by 3:30 to be sure we made the Leopard even on time. (The bus trip between the convention center and Miamarina was about an hour.) We made it to the catamaran display with 30 minutes to spare! 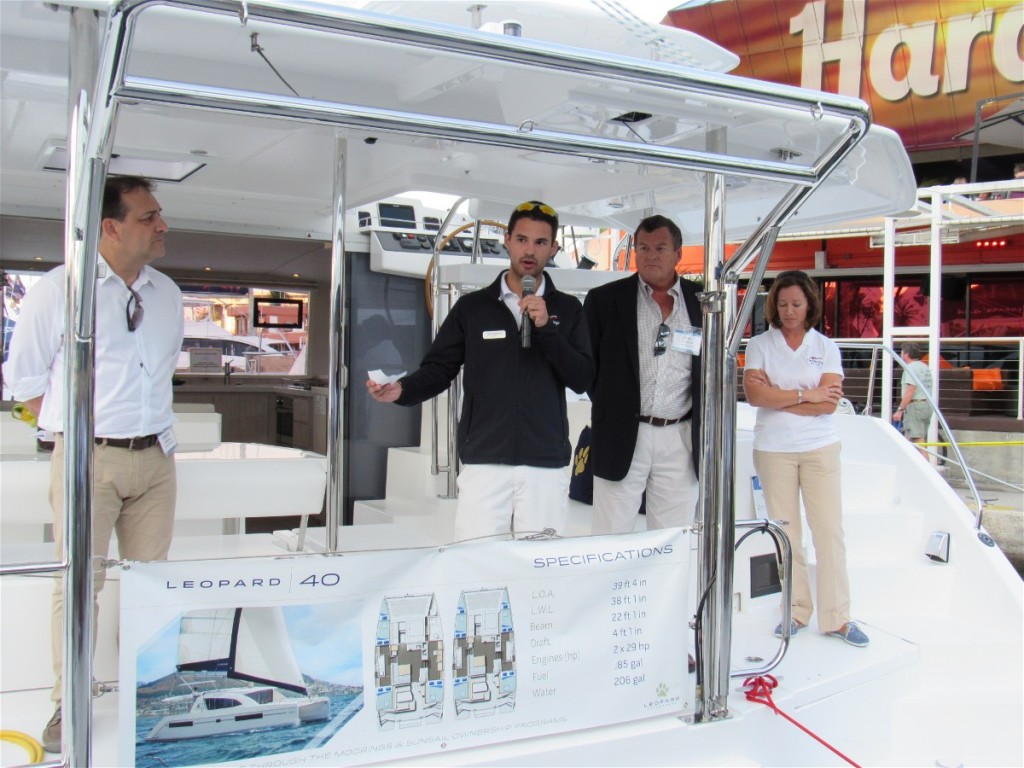 Johnson and Cane did an outstanding job with the design of the 40 foot catamaran. It is available for charter as well as for individual purchase.

Saturday we returned to Strictly Sail and toured almost all of the catamarans on display. 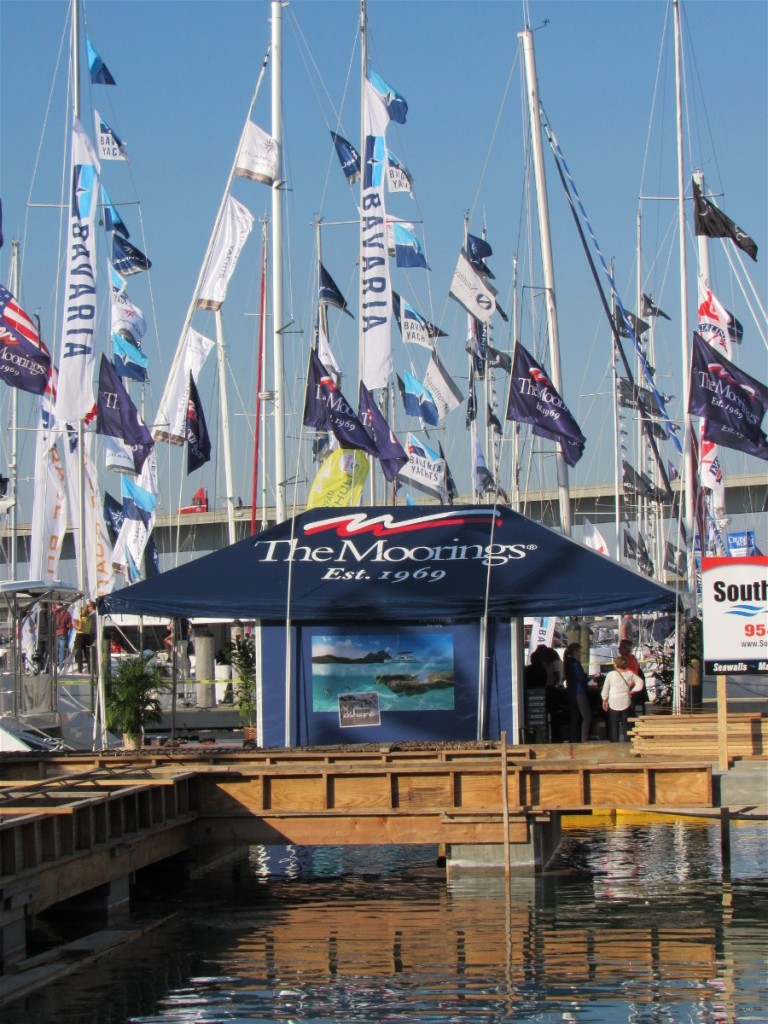 Flags on the masts at Strictly Sail Miami 2015

Steel Drummer at the exhibit tent of Strictly Sail

Of special interest, to us that day, was the GunBoat model which is built in our home state of North Carolina. 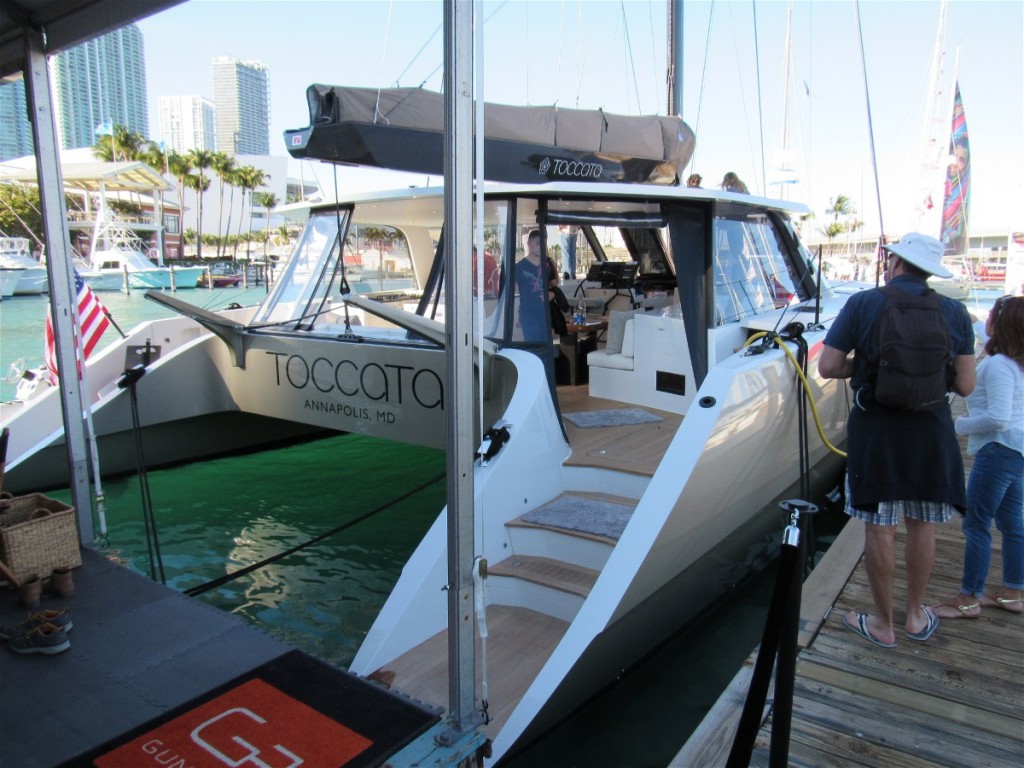 Since so much general boating items were on display at the Convention Center only one tent was needed for the sailing specific items. Diann and I viewed a number of vendor’s wares. Our largest commitment for our Gemini catamaran, Yacht A Fun, was the purchase from eMarine of a 255 watt Kyocera solar panel. That one panel should take care of our house bank of batteries- on optimal days. Savings on engine fuel, maintenance, and wear, should pay for the solar system quickly as we are currently running the engine about 4 hours a day for recharge.

Cruising Outpost Magazine, along with other sponsors, put on the free beer, pizza, and band music. The action started a little after 6PM. One beer and two slices of pizza for each of us and we were happy. The crowd was very well behaved while we listened to the band. 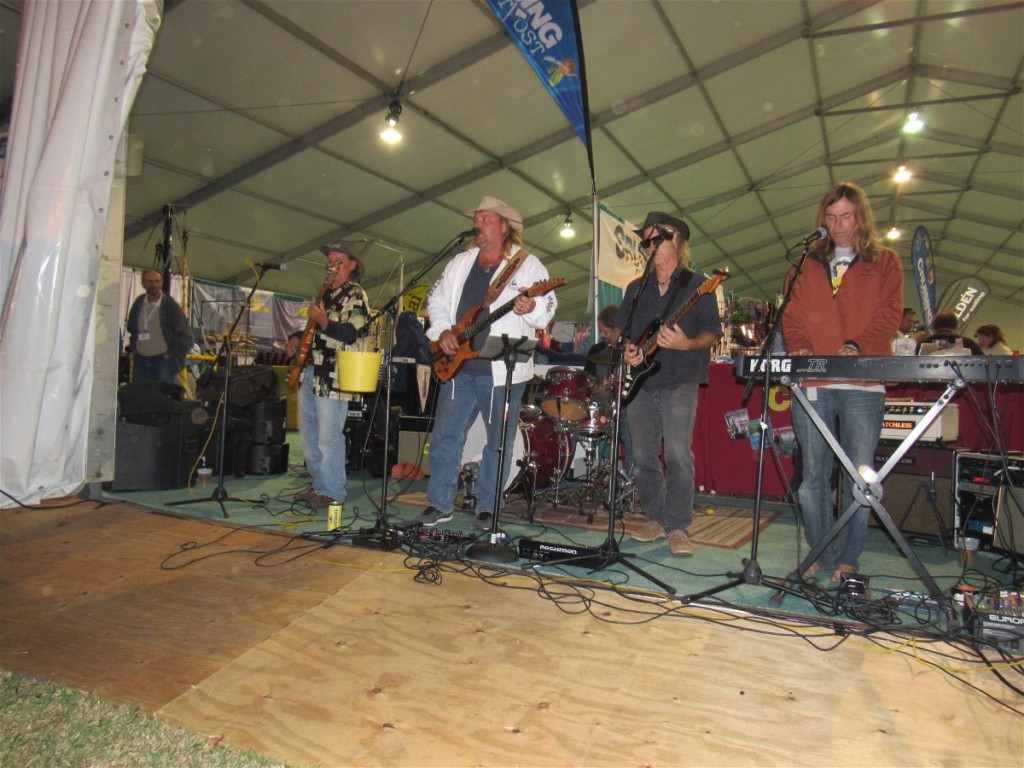 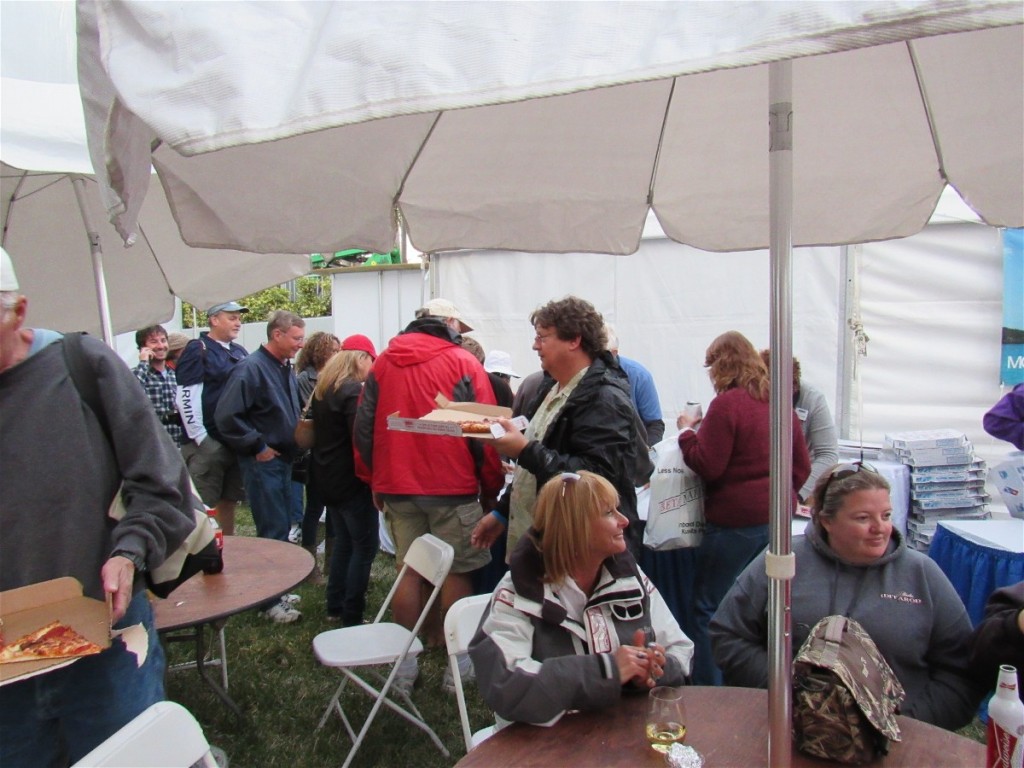 Having a MetroMover, a MetroRail, and a Coconut Grove LoopBus to catch- we left before the event was over. Bedtime was around 11PM.

Sunday we slept until 10:30 and then “did” the Coconut Grove Arts Festival which was right at our “back door”.

Monday, we rode the three methods of city transportation and thereby returned to the Strictly Sail location- where we caught the Water Taxi to the in-water power boat display at Sea Isle Marina.

The power boat display included one boat I had not expected. It was a pontoon boat with a full bar and a pair of 300 hp outboard engines! What would one want with that much power on a pontoon boat? The bar, I understand. 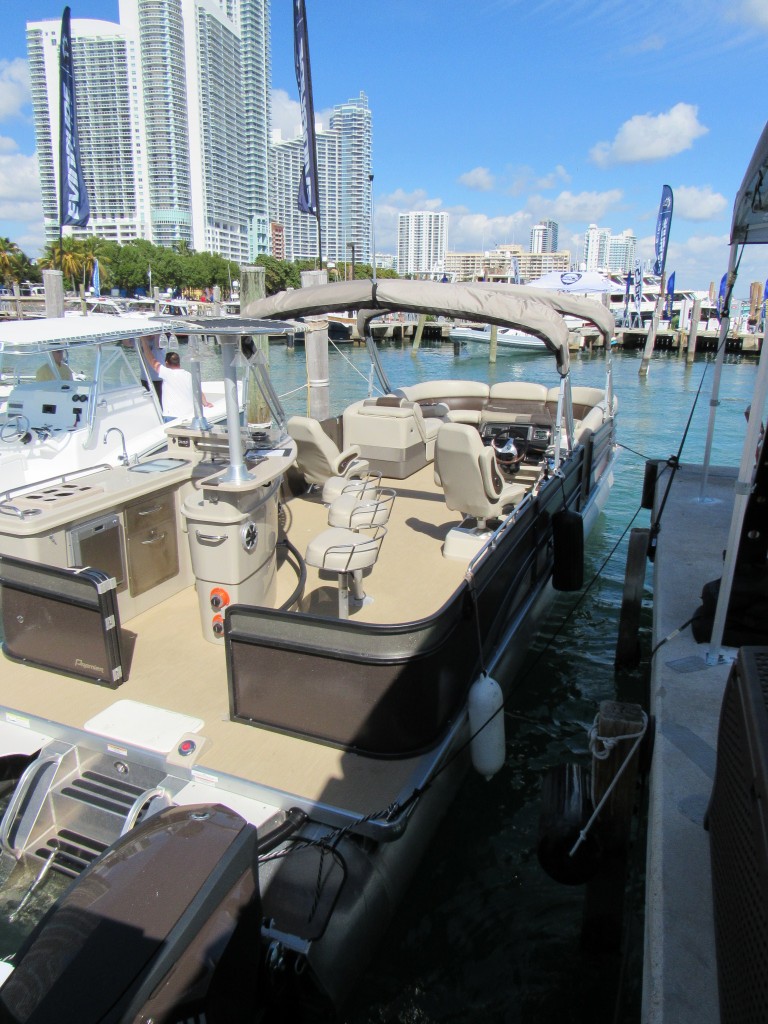 Formula brand had a number of models on display, as did Mainship. There were Nordic tugs, and other similar brands. Marlowe had their 49’ Explorer on display among a handful of other large boats. Sea Ray included a 31 foot Sundancer in its display.

Sea Isle Marina was not, however, completely full of show boats. Many slips were otherwise in use.

Having arrived, at Sea Isle, early- we took the afternoon opportunity to return to the Convention Center by bus. We got our exercise in. We walked all the merchandise isles in the same way one might shop a super market’s shelves. And………. we discovered items we hadn’t thought about checking out. Keep in mind that the walking included part of the convention center and all of at least four huge tents, and additional side isle displays.

By boat show bus, we returned to Strictly Sail (our Metro center being two blocks away) and made one last walk through the display tent. Diann spoke with a vinyl-teak vendor. I reviewed the Kyocera 255 solar panel. We left with the steel drum player still hard at work instilling dreams of Caribbean boating……………

Three modes of Metro and we were ready for our dingy ride back to the boat.

Tuesday was a day of REST!