The event was a good value. Each attendee contributed $10 to the overhead. Food, beverages, and deserts were abundant.

Naugh-linns music was naturally the theme: 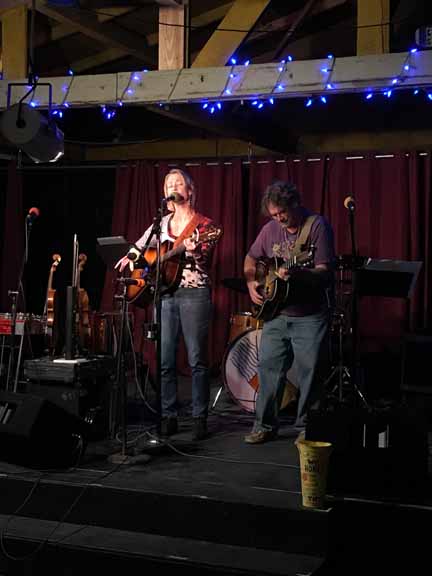 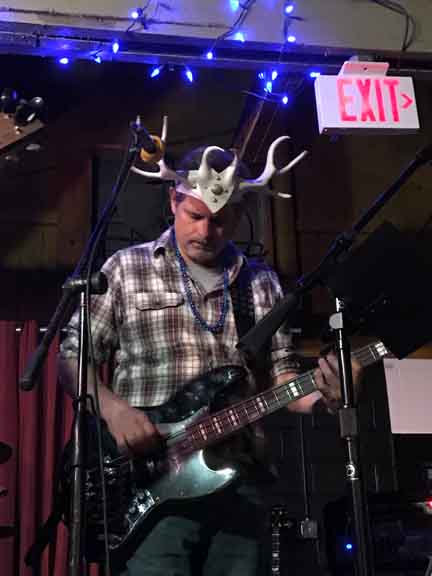 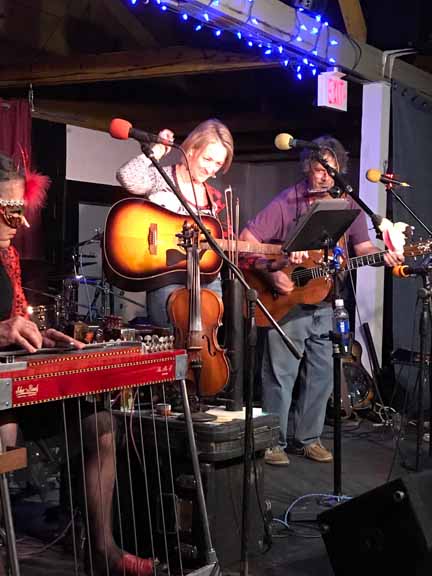 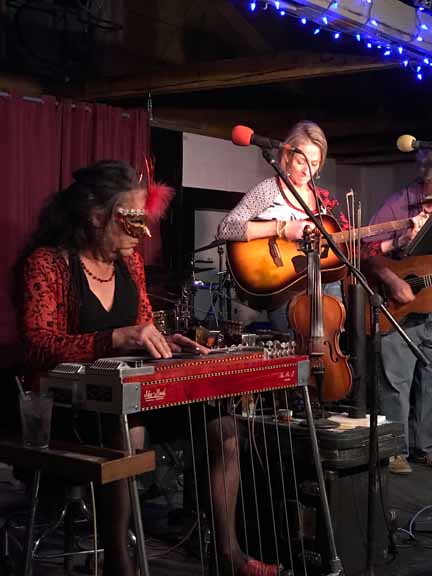 AND THEN IT WAS Saturday afternoon in the community of Ghent within New Bern.   The Ghent subdivision was started in 1912.   The Ghent name comes from the New Bern-Ghent Railway Company which operated a trolley system there between the years of 1913-1929. A vestige of the track is in front of Tryon Palace.

A number of musicians performed along Spencer Avenue before the parade.   Brew 99 sold cups of beer. Yard sale style tables were set up in places. Even a food truck set up five blocks west of the start. 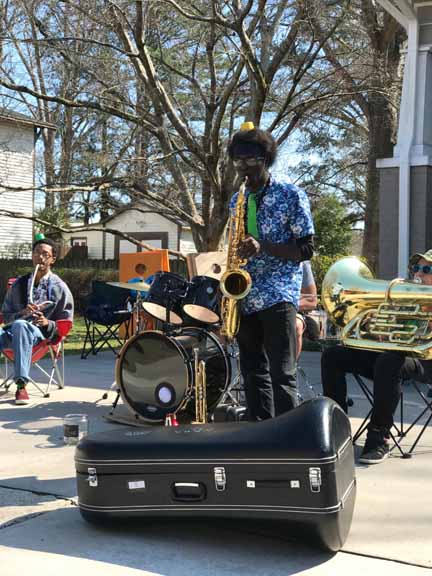 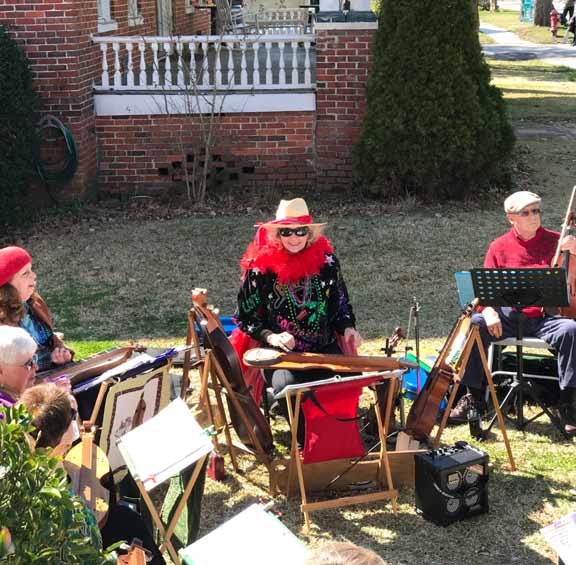 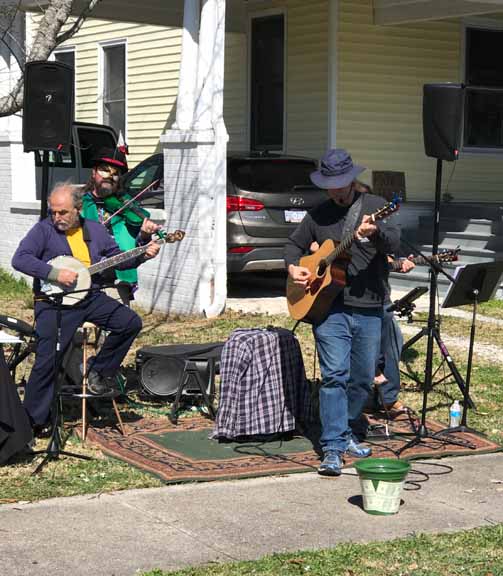 The parade route was west bound beginning in the 1400 block of Spencer Avenue. Leading the parade was a vintage Chrysler Imperial which transported the Mardi Gras King and Queen. 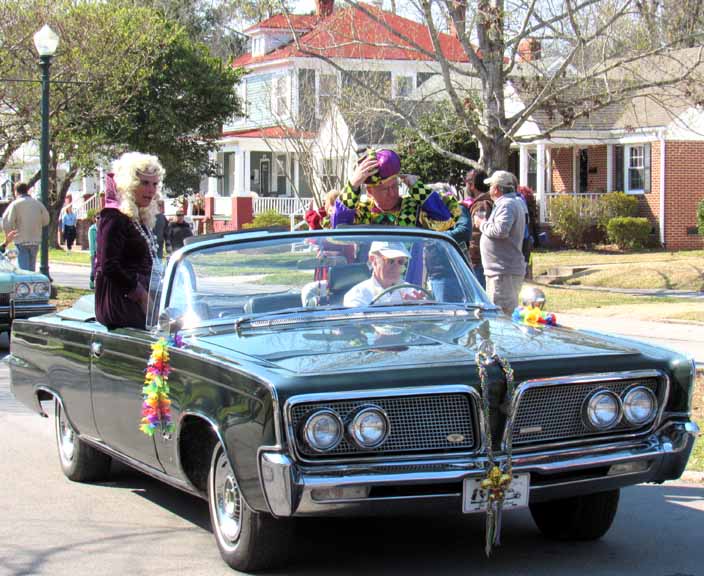 That was followed by the event’s Marching Band, floats, cars, pedestrians and even a dog riding its owner’s wheel chair. 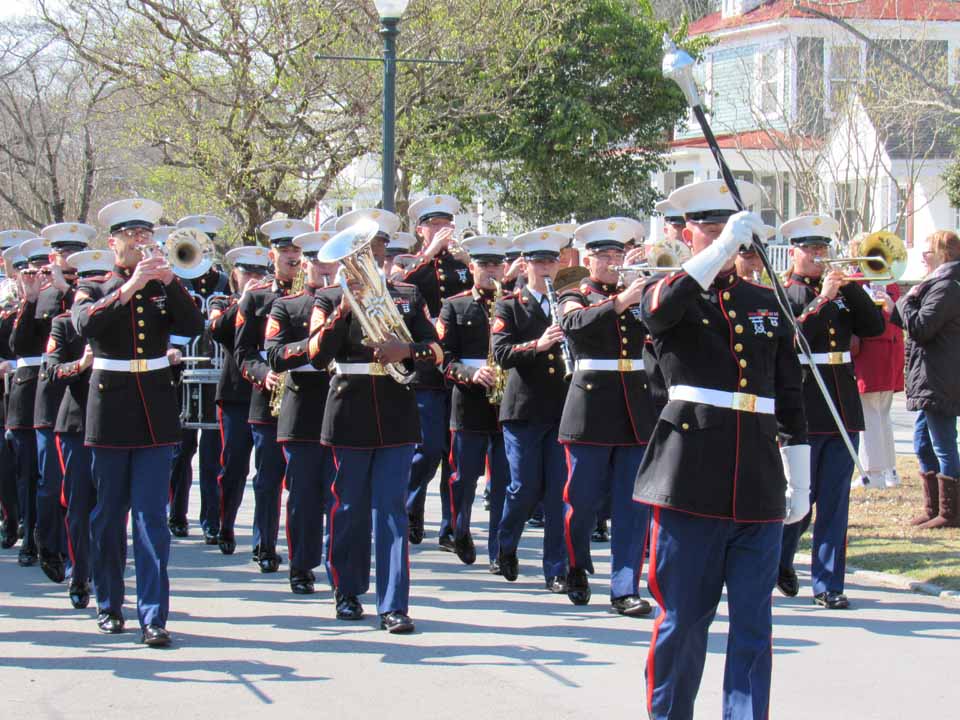 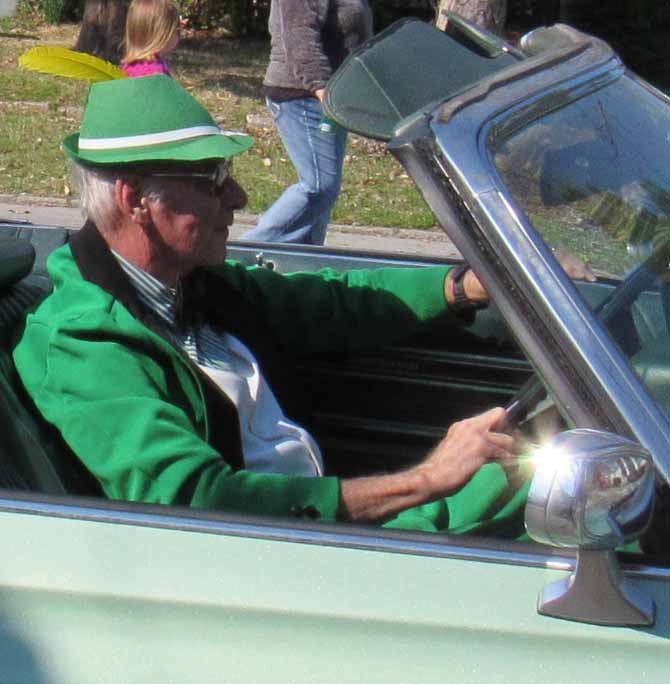 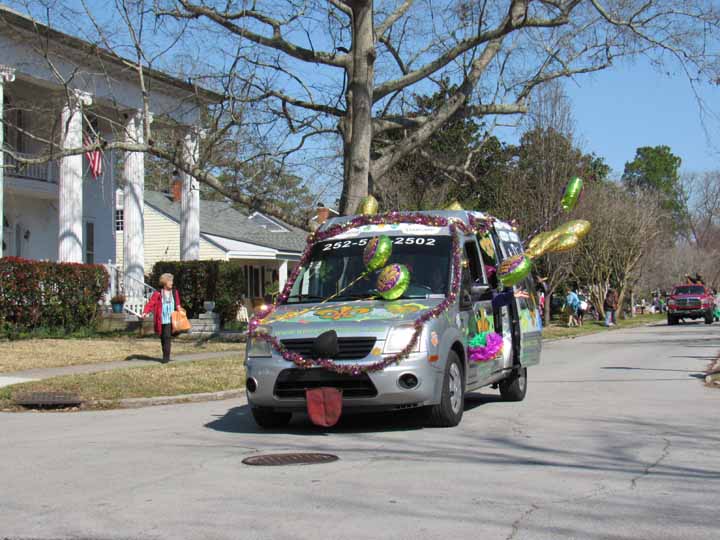 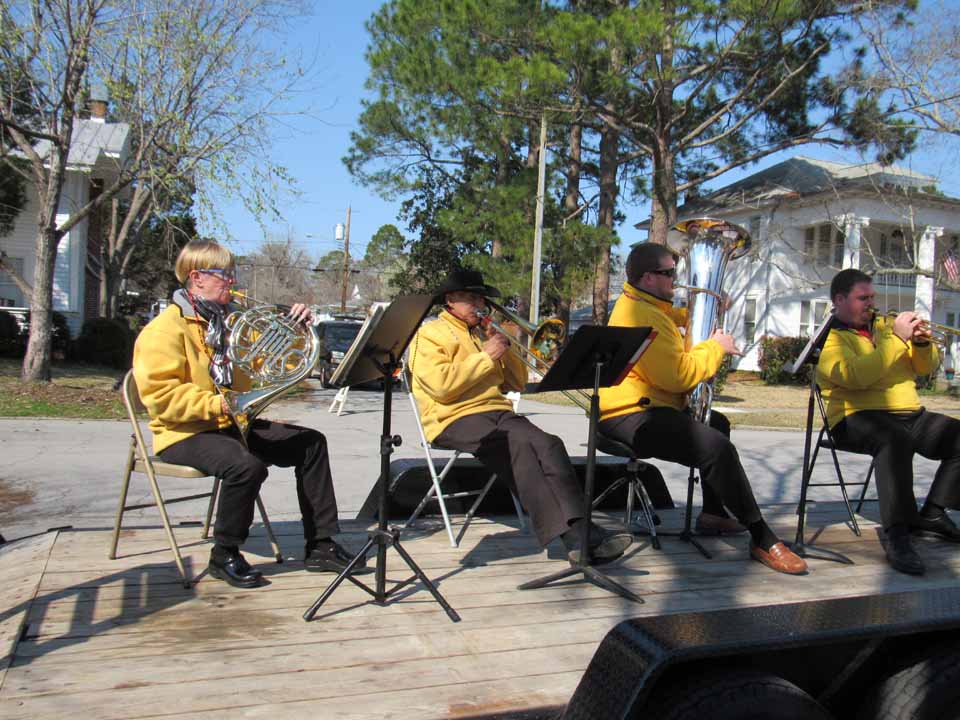 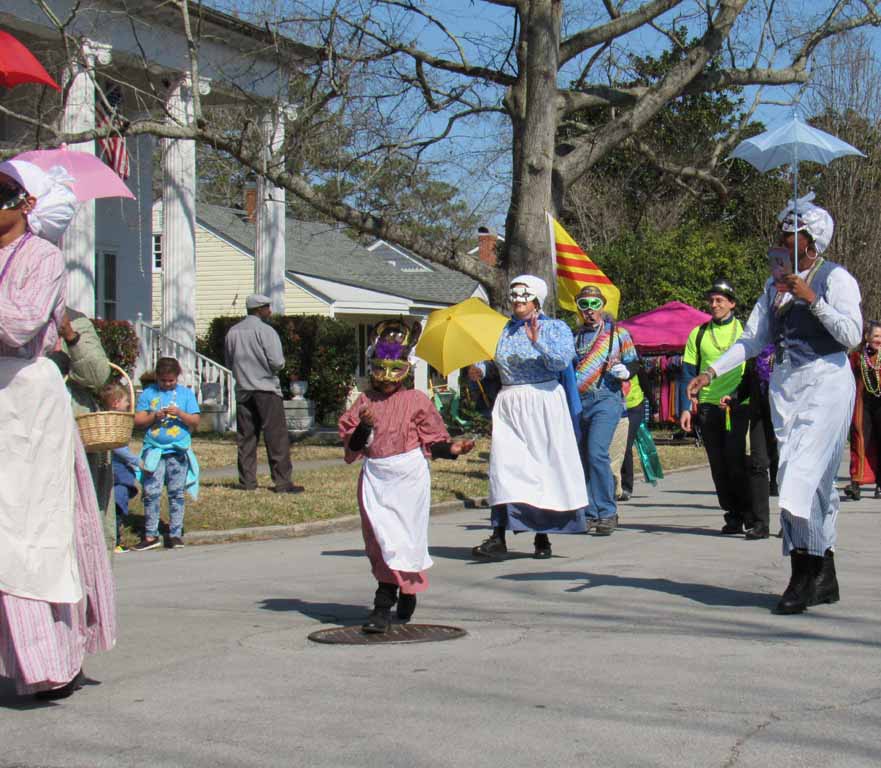 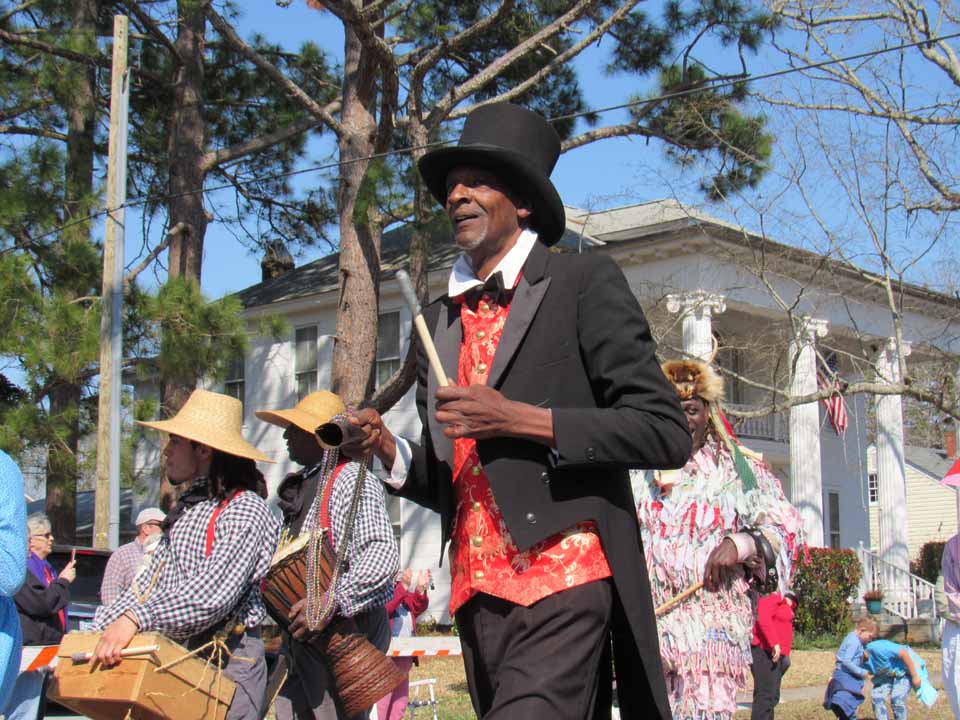 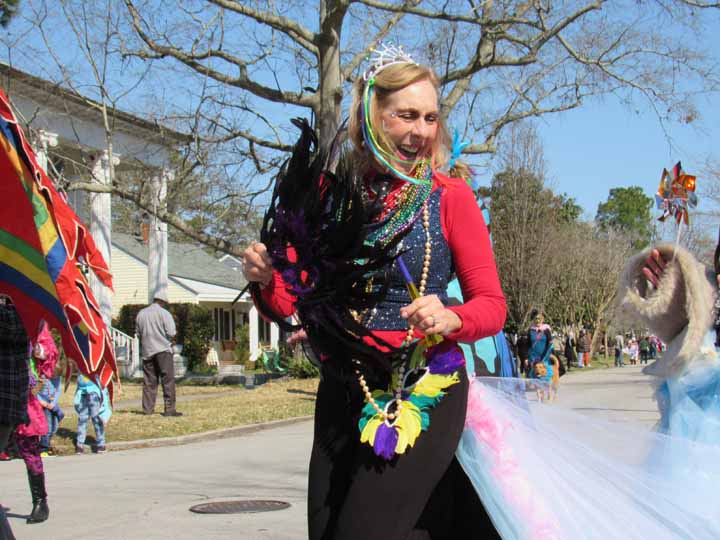 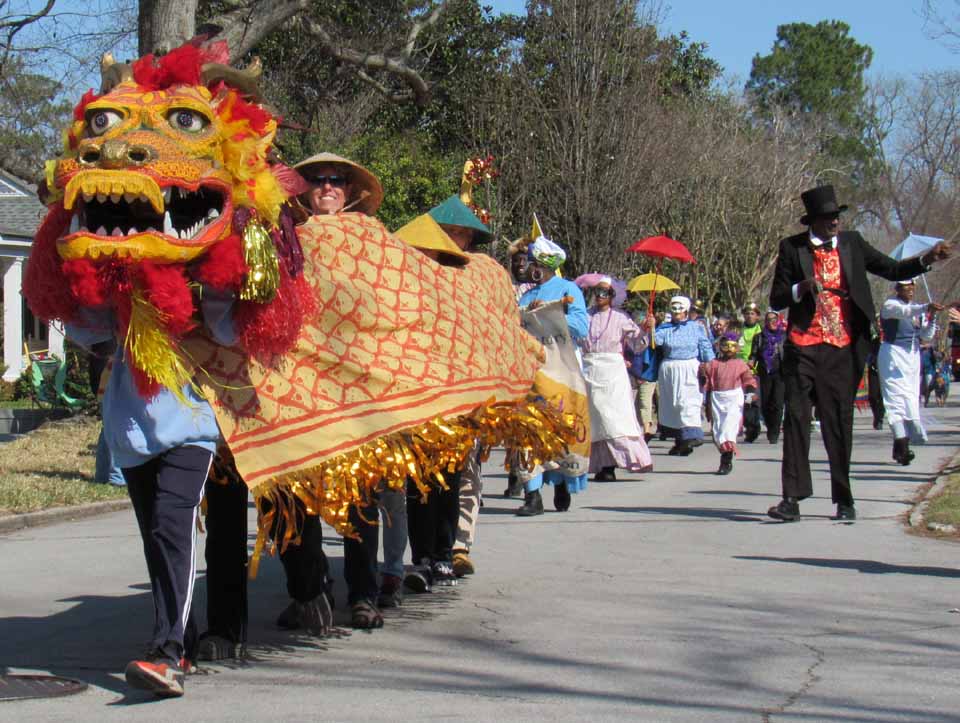 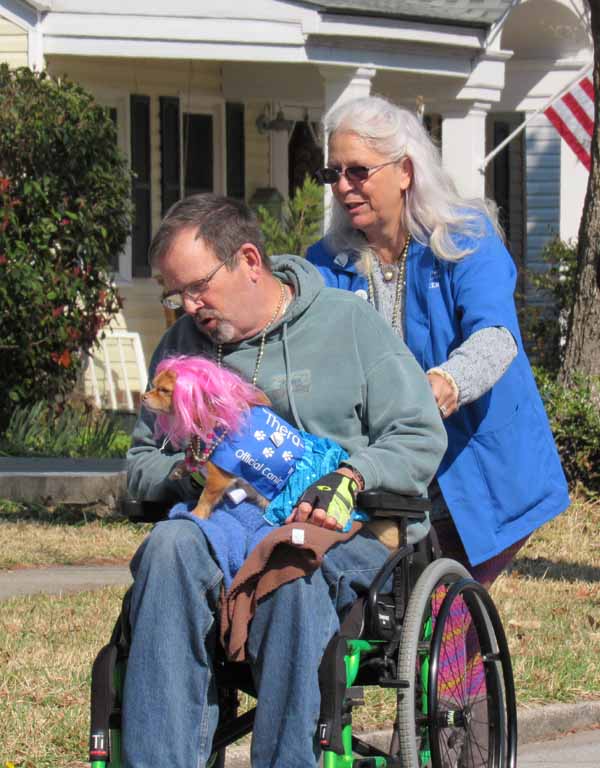 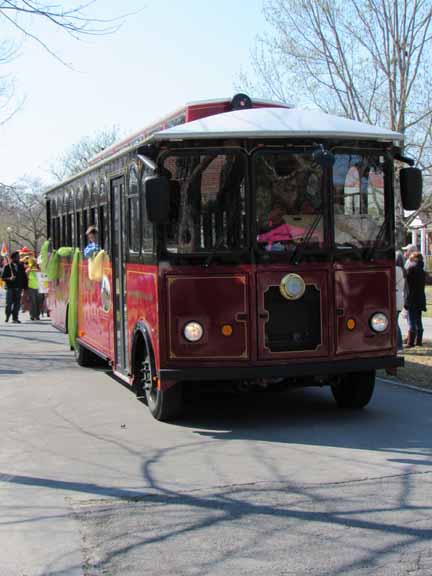 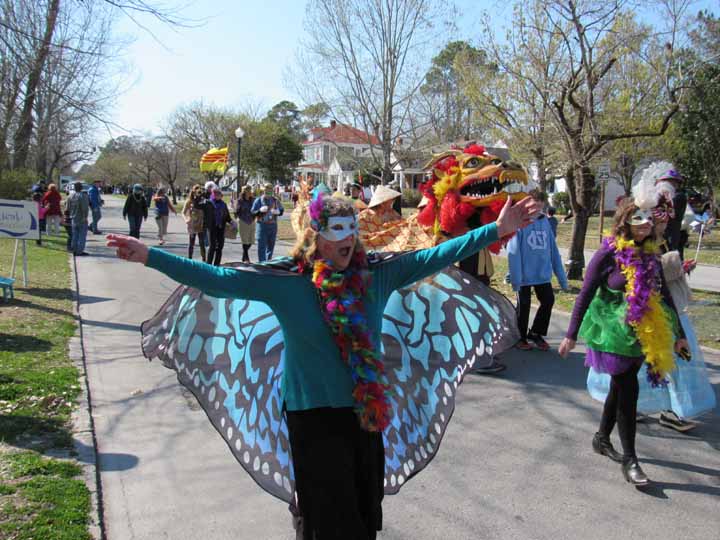 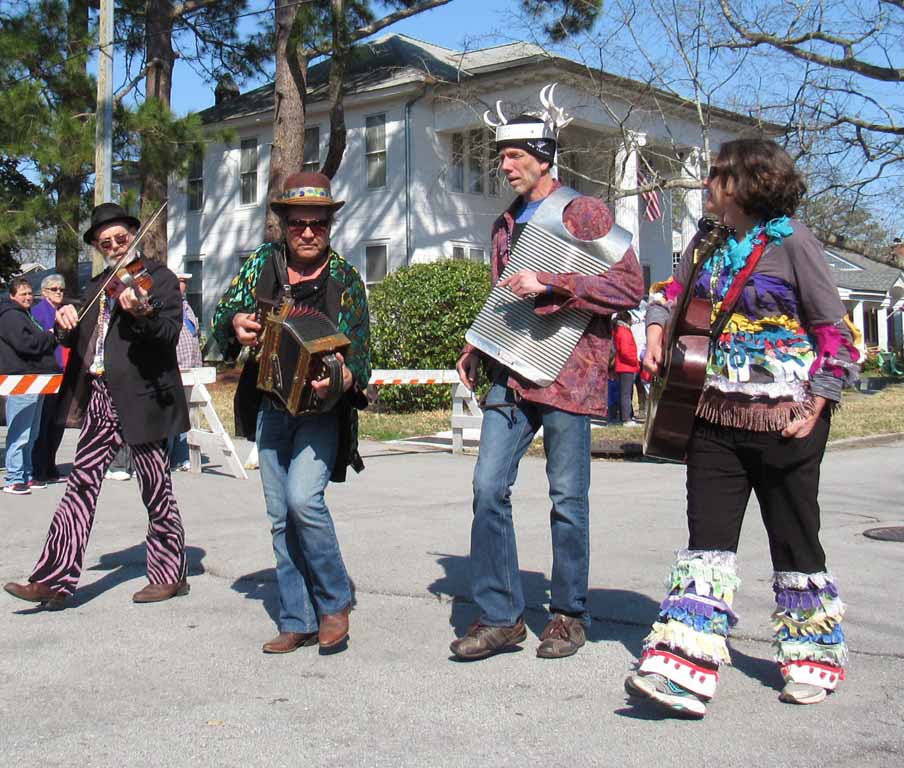 In many ways, the New Bern Mardi Gras Parade is similar to the Oak Island Christmas Parade in that it has a true small town flavor offering insight into its local culture.

The story / blog of Yacht A Fun, a Gemini catamaran sailboat, traveling the ICW and east coast with insights to the extended cruising life. New Bern Mardi Gras