Located at Deep Point Marina the owners of Cadence, a 59’ Selene motor yacht, coordinated a Halloween party which included sail and power boaters from across the facility. Participating as well was Deep Point staff person Chris- who grilled some darn fine chicken.

The event was a pot luck dinner. What a wonderful variety of chowder, chili, broccoli & cauliflower salad, hot dogs, meat balls, Mac & cheese, and deserts including a Black Forest cake-in-a-bowl.

Participants began to arrive a little before 6PM. 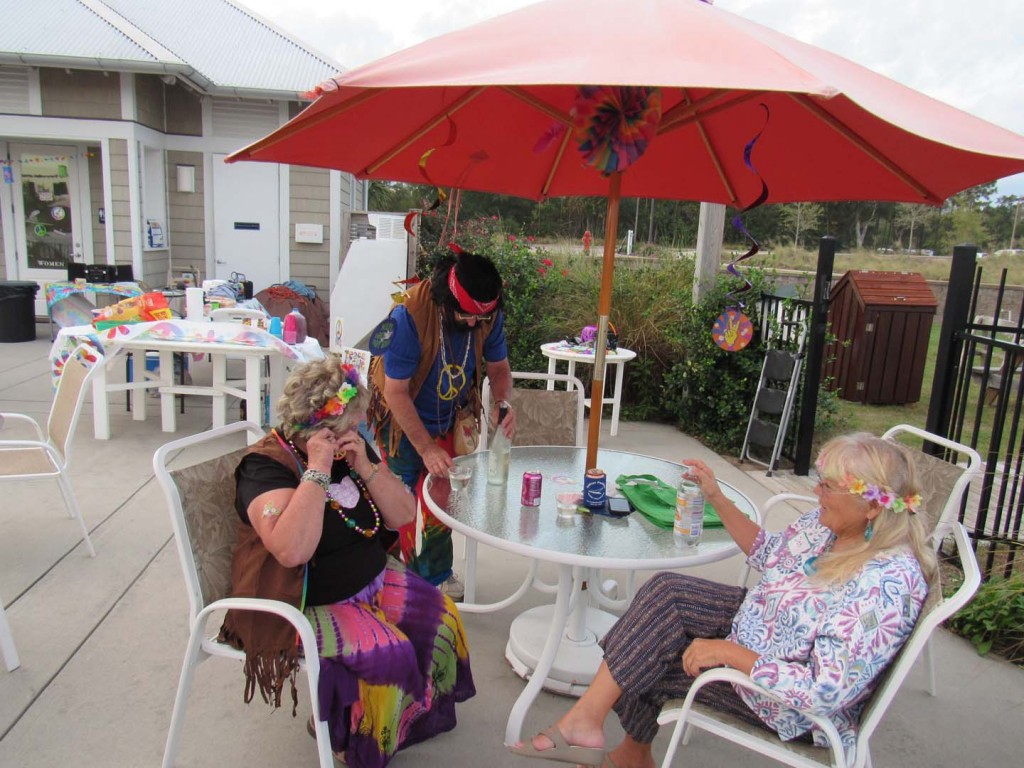 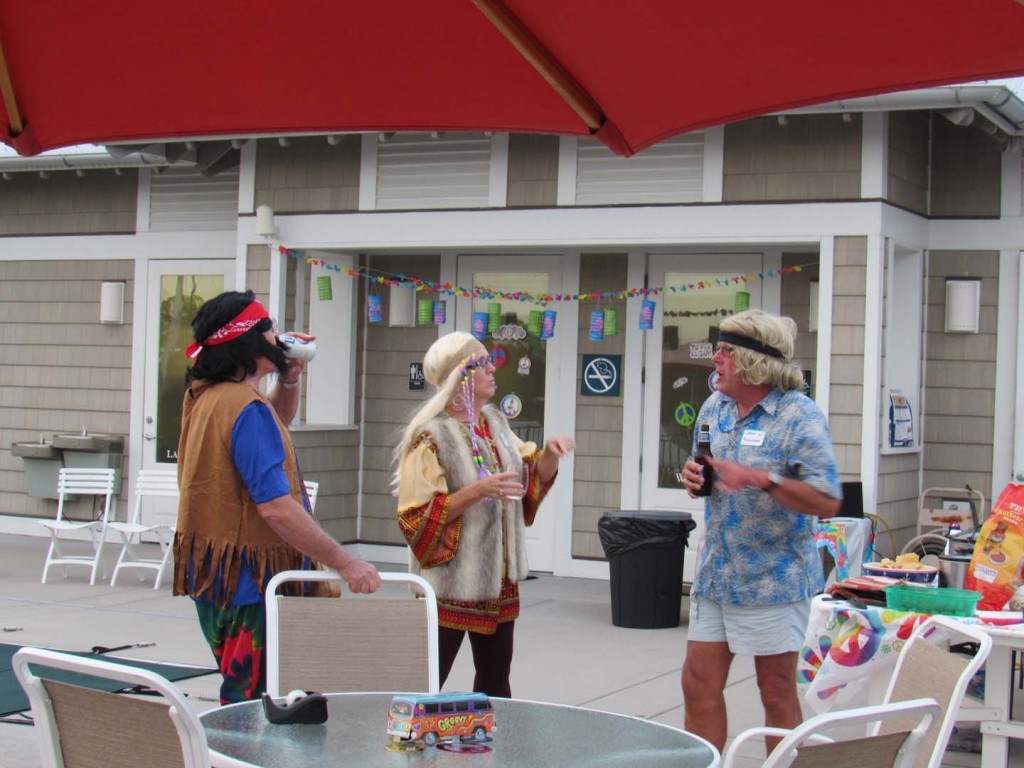 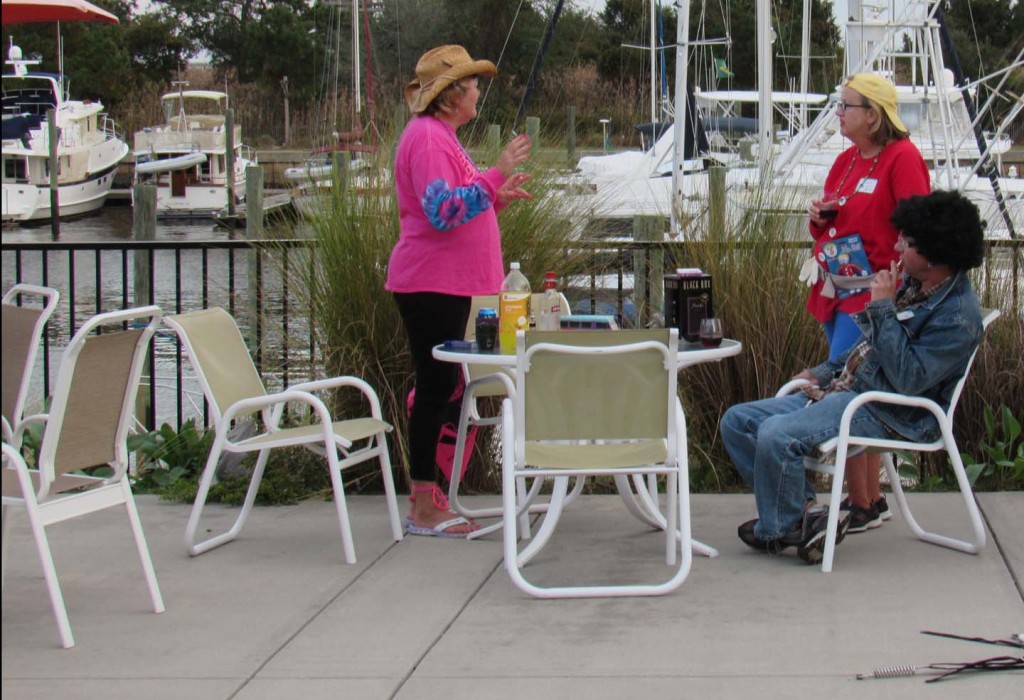 Diann’s outfit was acquired at Dollar General. She paid $8 for the psychedelic pajama bottoms- which will get used this winter on our Gemini sailing catamaran. 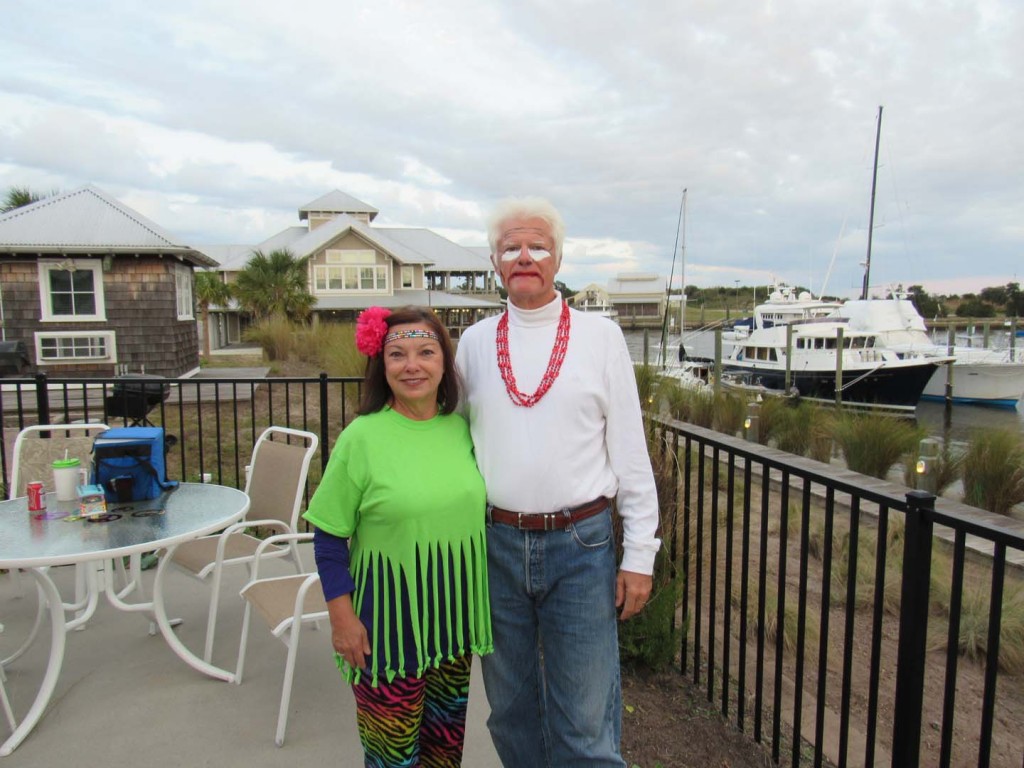 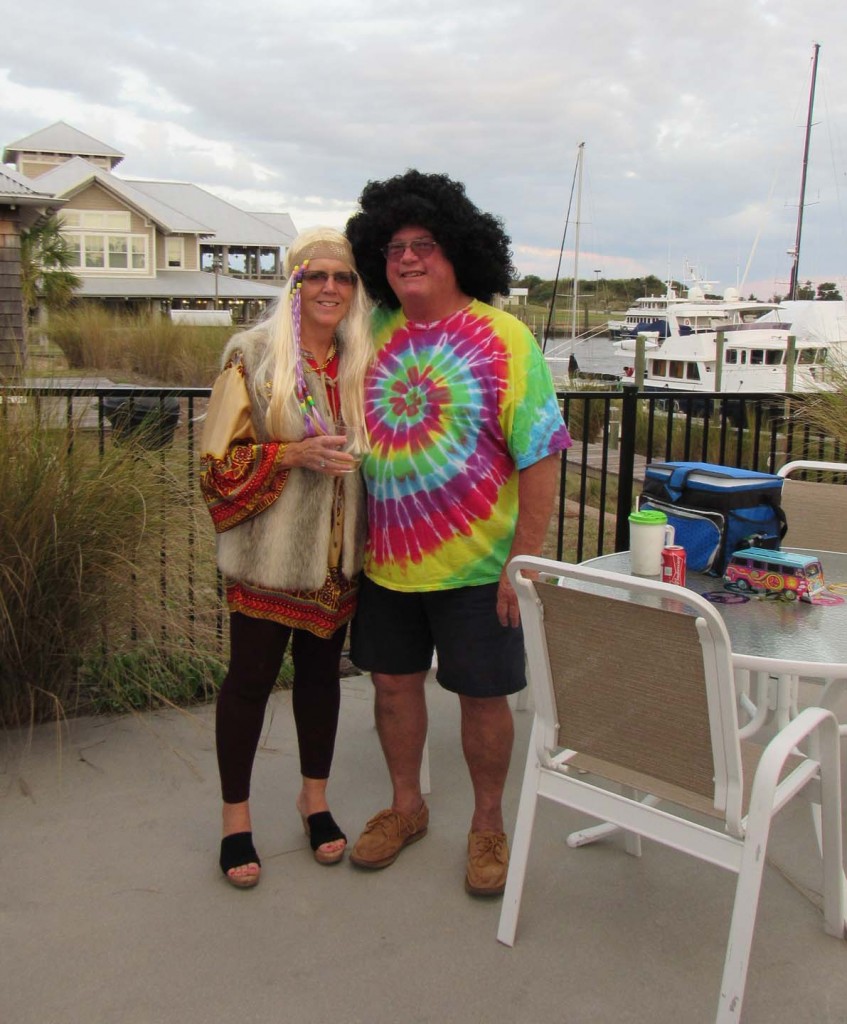 No one broke into karaoke mode, and dancing was not inspired. Participants simply enjoyed being together and telling tales from their youth. Having begun at 6PM, the party faded around 9:30. 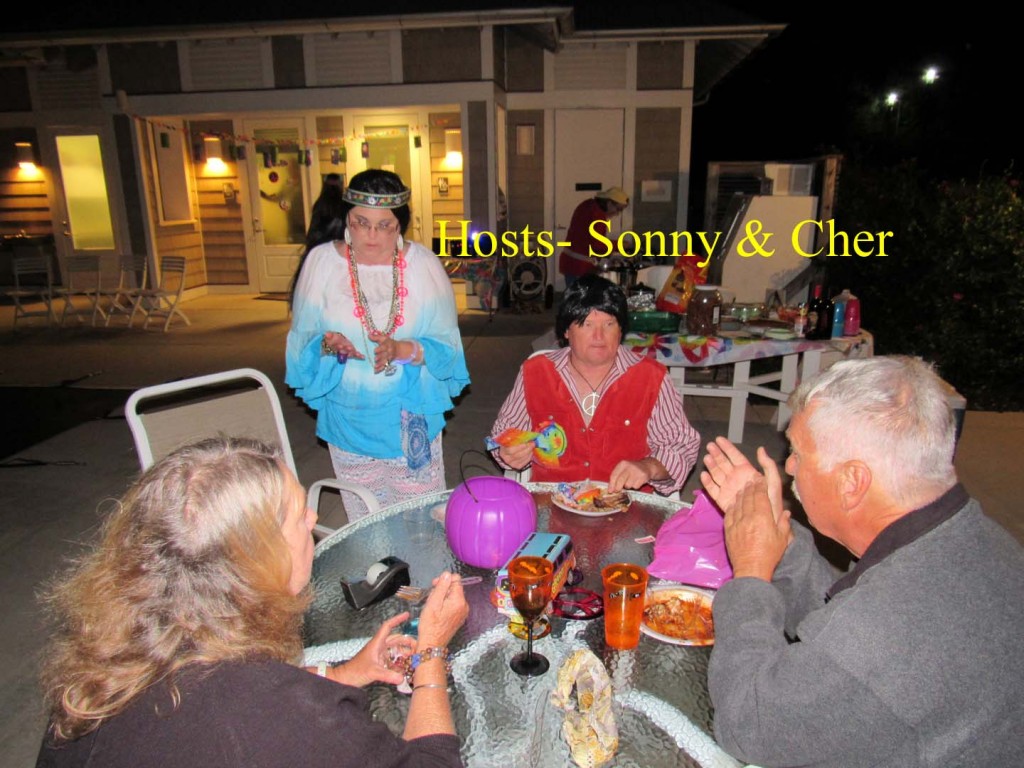 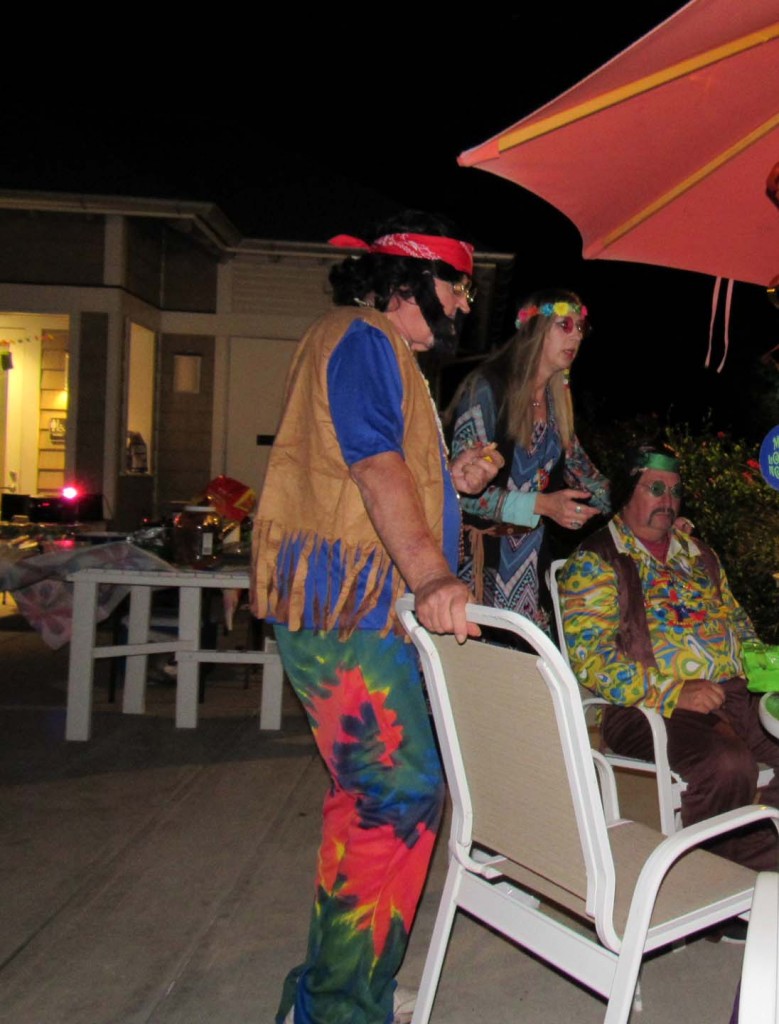 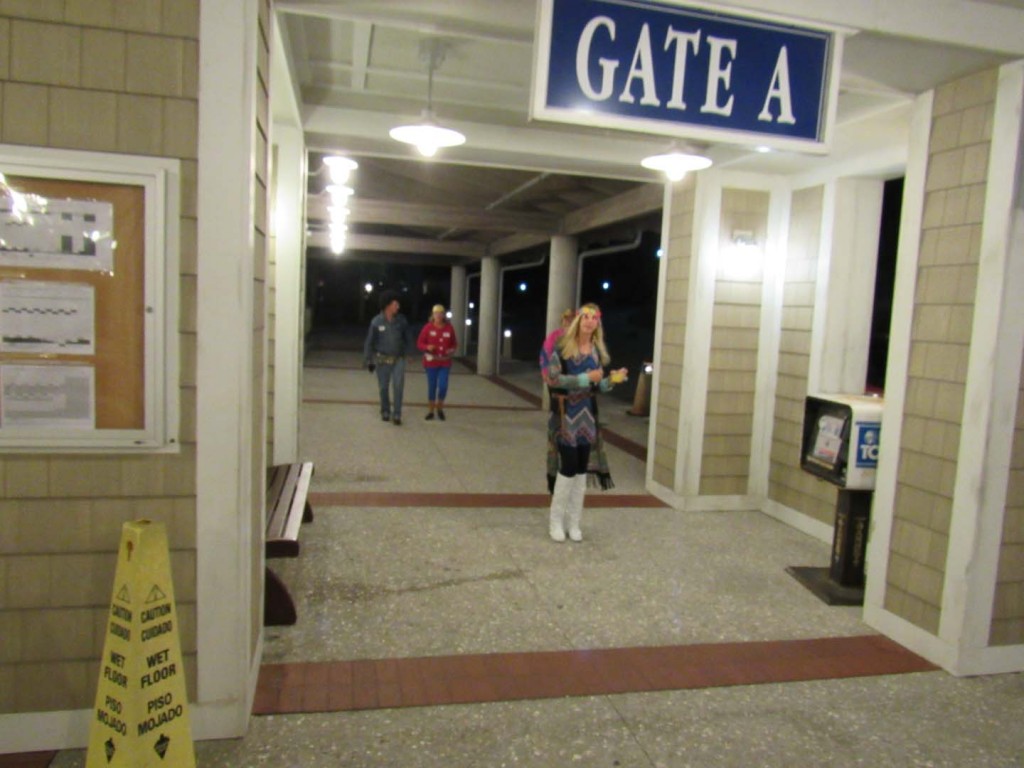 Several of us went down to the Ferry Terminal where Janet (in the next image) gave out candy. 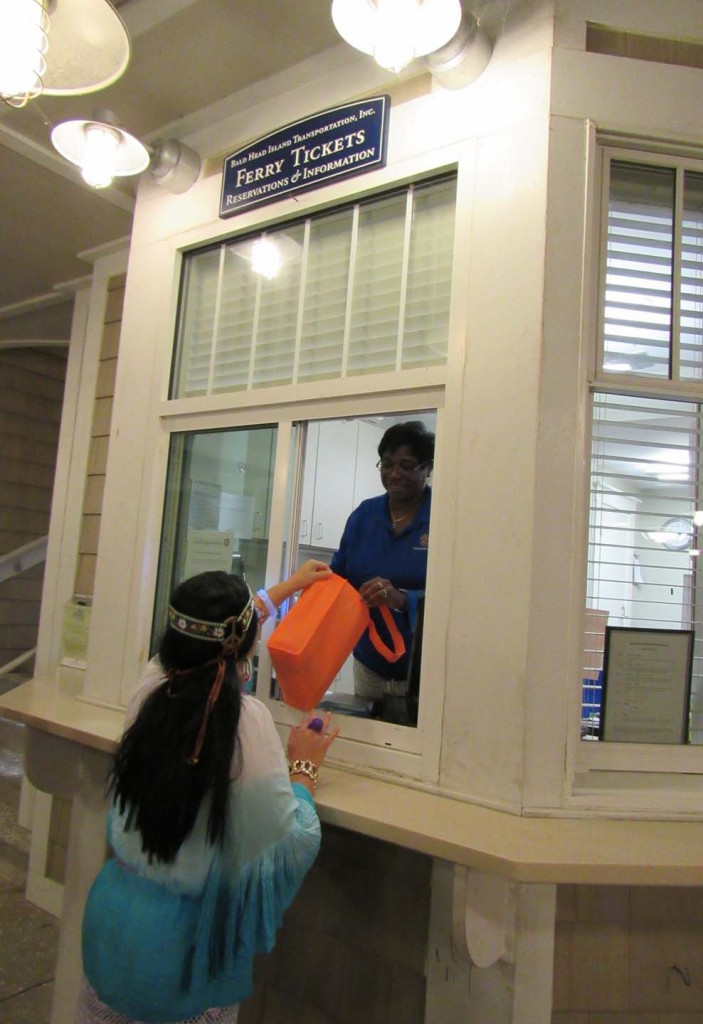 Bald Head Ferry staff were surprised to have a “reverse trick or treat”.

This was our first Halloween party during our extended cruise. We can only hope that other facilities had as good a time as the two dozen folks at Deep Point.