The rear seal of the JS transmission for our Westerbeke 30b engine was professionally installed at the Western Branch Diesel facility in Beaufort. Many little touch up / final items were needed to be done, however, before attempting to install the transmission onto the engine.

Most importantly, Yacht A Fun needed sleeves for the isolator mounting feet bolt stems. The previous bolt stems were 5/8 inch in diameter. The new ones (with same part number mind you) were metric 12 which resulted in too much slop for my tolerance. 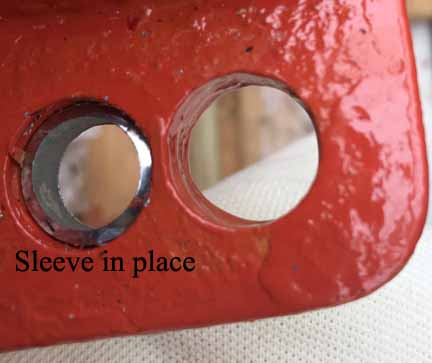 New Bern’s “Grill Man” does some machine shop and welding work. That company found a pipe with the needed ID & OD measurement. Sleeves were sliced off the pipe vs. machined from solid stock. The cost savings was significant.

To keep the sleeves from working out of the support arm-hole I used blue zip ties to temporarily take up the needed slack. Once in place and bolted to the engine rails, the zip ties will not be needed as the weight of the support arms will close the potential gap. ( If the sleeves were to drop they could slide over and be damaged by the steel support arm. And alter the alignment process.)

The alternator was grimy from years of belt dust. That was cleaned and Rustoleum paint applied to iron areas showing flecks of rust.

Note how much better the new isolator feet look than the original ones. The missing tab on the forward port foot was the alignment culprit. An expensive and time consuming culprit indeed. 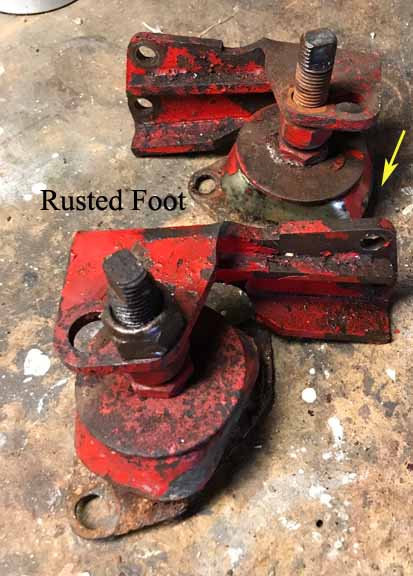 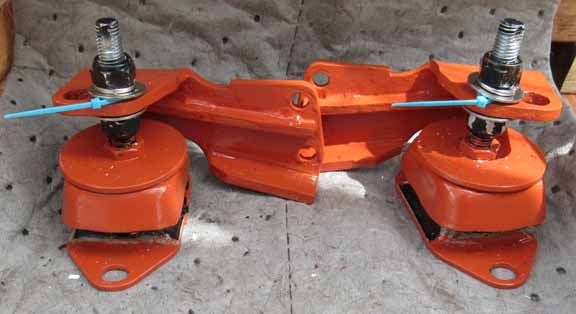 All major work was done- including sealing and top-coat painting of the new oil pan drain plug which replaces the former unneeded banjo fitting.

So, I attempted a dry fit of the transmission. That mission failed and so a couple of days later we had Patrick come to assist with that part of the project. As I had suspected, it was the dowel rod tightness that had caused the issue. It was best, however, that a professional review and installation was executed.

Next….. the installation of the engine back into its compartment.

The story / blog of Yacht A Fun, a Gemini catamaran sailboat, traveling the ICW and east coast with insights to the extended cruising life. Westerbeke engine work