Our catamaran YachtaFun had taken us passed Cumberland Island GA on three previous legs- south in 2014; north in 2015; and south in 2018.  Now was past time to stop and see this historic treasure of a National Park.

Best known for Dungeness, the home of steel magnate Thomas Carnegie- the property is little known and so few folks visit. We saw no one on our walk to the Dungeness ruins, until four people appeared from a side trail.  On the one and a quarter mile walk on the beach, we met another four people.  In early afternoon there were maybe 18 people standing by for their ferry trip back across the ICW.  As I write this post, there are just 3 other cruisers anchored. 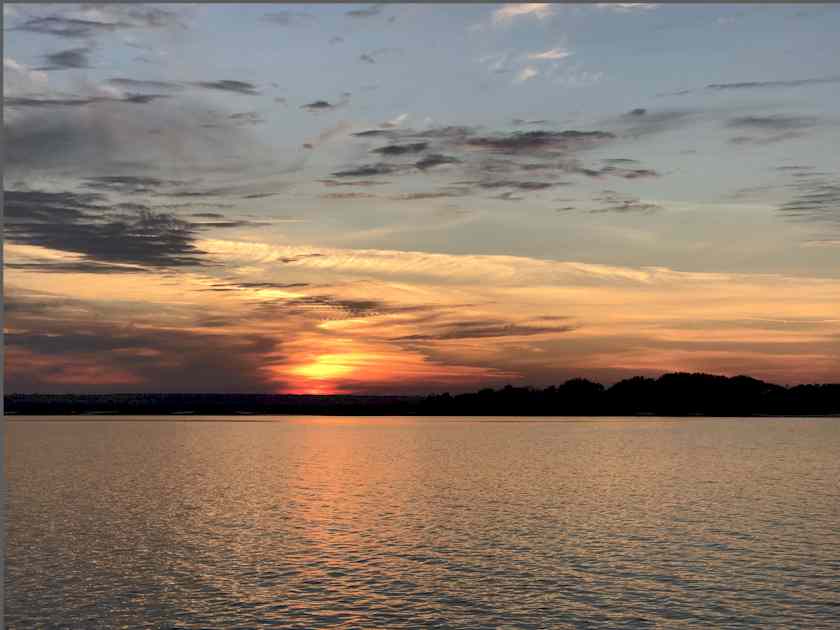 Sunset over Brunswick after we arrived to Cumberland Island

We made an 11 hour run from St. Augustine to arrive on Wednesday just before 6PM.  The sunset over the Navy’s submarine base was nice. 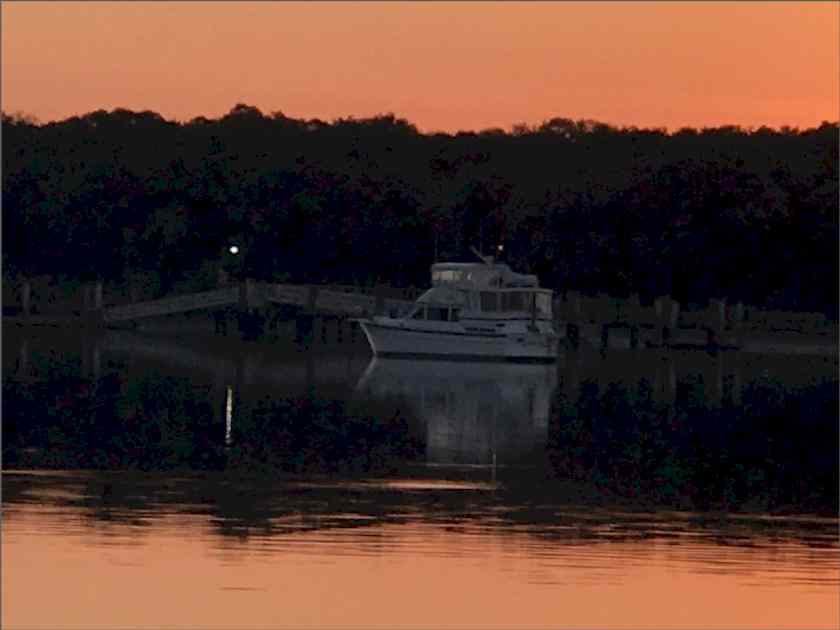 Thursday morning I awoke before 7AM.  And the sunrise was a nice way to have a first cup of coffee. 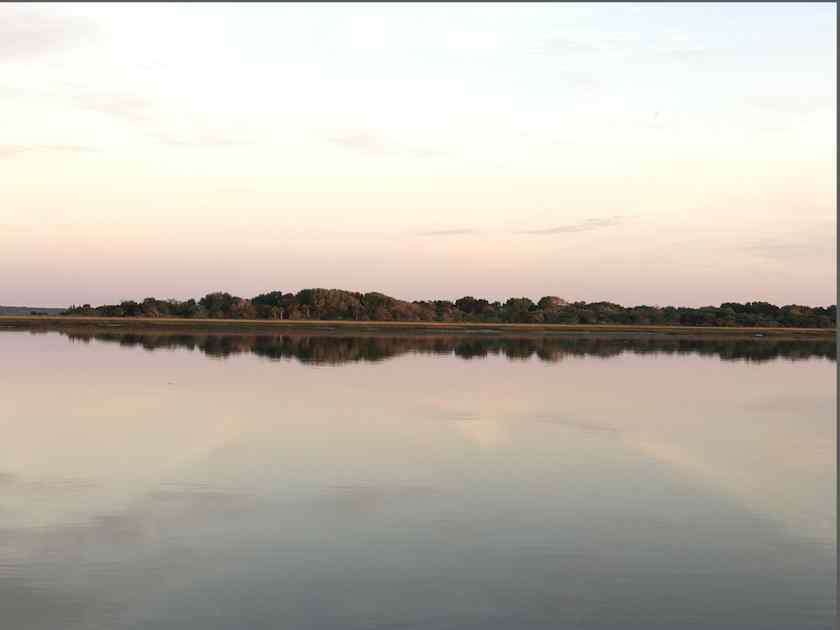 Diann heard me dropping the dinghy and got up.  Zoey reluctantly got out of bed.  By 9AM were arrived at the park docks.

Pat and Lynn from the sailboat Adamant 1 came to the ranger station as we signed in.  They were the only other folks around as Diann and I headed onto the main trail. 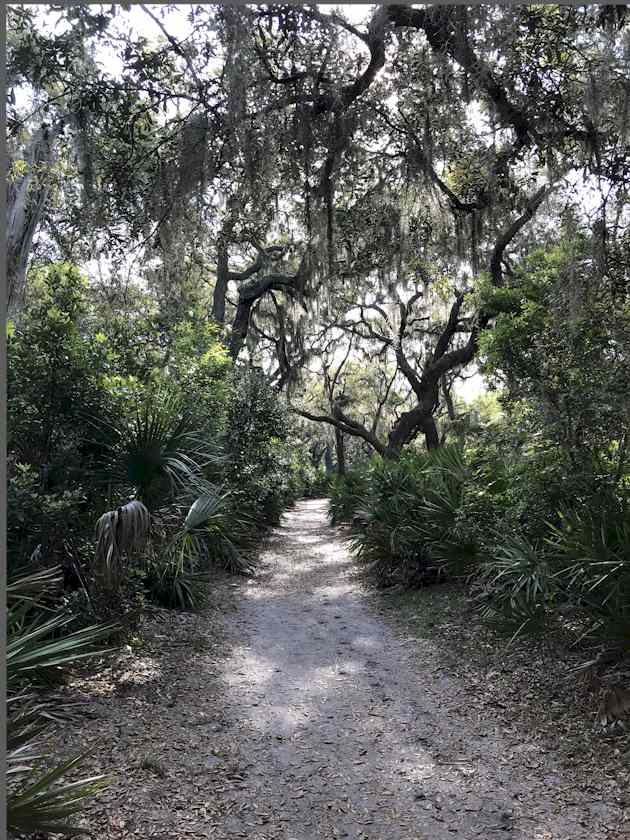 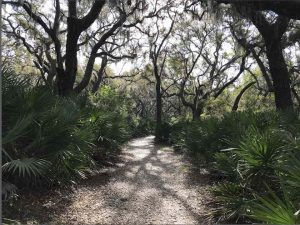 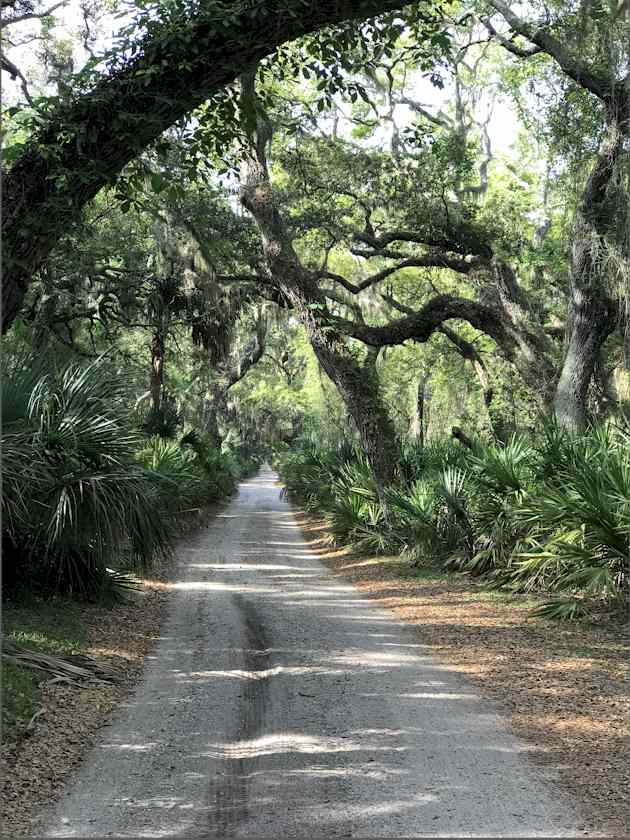 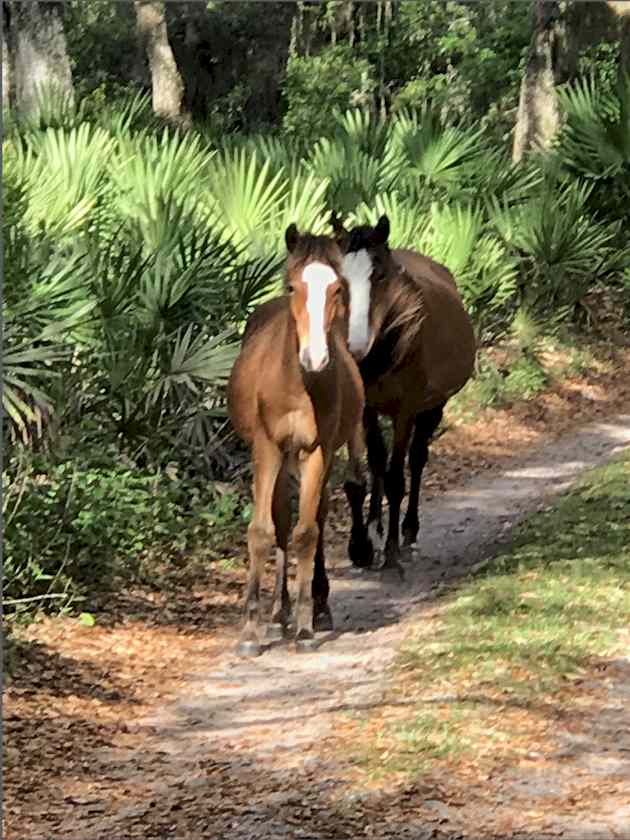 Wild horses wander where they desire.  Two walked towards us from a side trail and were joined by a third.  Initially they turned toward Dungeness and changed their minds.

Zoey’s legs got tired.  So, Diann put her on top of the food and beverage pack which was in my repurposed shower bag.  Diann had made the bag out of Sunbrella fabric.  It’s heavy duty.  Once Zoey experienced the ride, she only occasionally asked to walk. 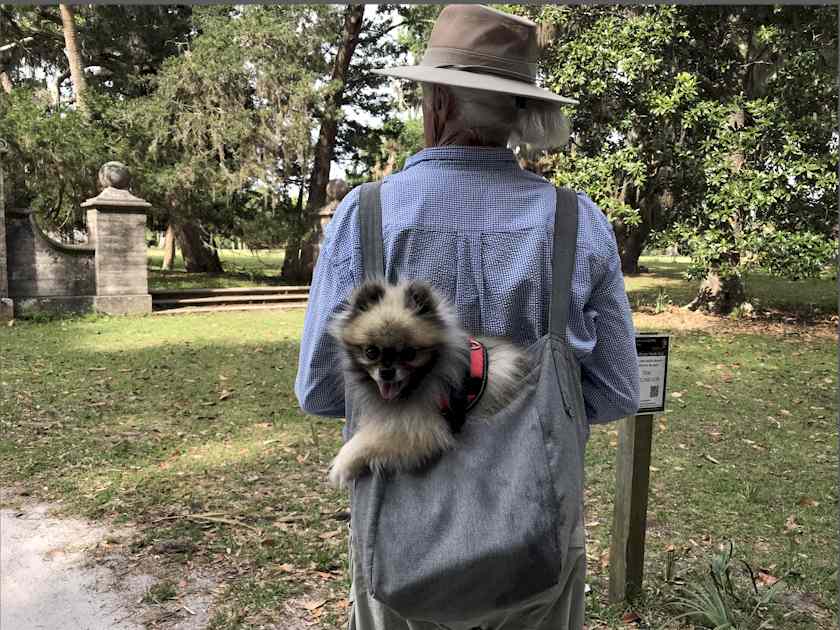 The story / blog of  senior citizens, Alex and Diann, on board Yacht A Fun, their Gemini catamaran sailboat.  They are traveling the ICW and east coast with insights to the extended cruising life.  They offer the book “Your Boat as a Business”  at  www.Amazon.com/dp/1720656452         This post has been about Cumberland Island GA