We arrived on schedule for the City Marina in Vero Beach.  After a $17 Lyft ride back from Walmart we took showers and went to Riverside Café’ for dinner.  The next morning YachtaFun had an oil change and left Vero Beach for Melbourne.

A weather system in the Texas / Louisiana area was to impact Florida weather.  It began as we headed toward Melbourne.  Rolling waves had white caps, and occasionally built to two feet.  Thankfully they were following us, though that made steering constant. 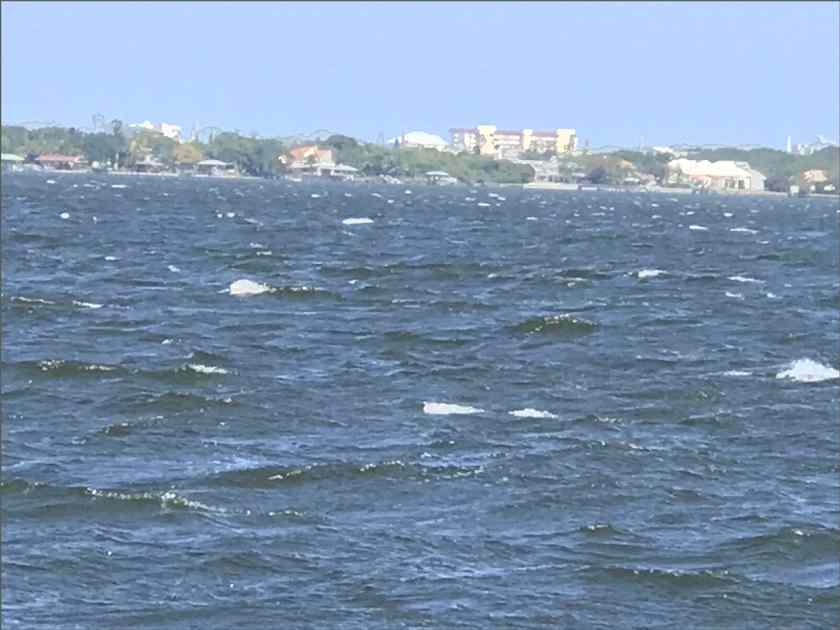 Winds were forecast to gust as high as 39mph on the following day.  So, we decided to anchor in Melbourne for an extra night.  We chose a basin which contains Waterline Marina.  We thought having a dinghy dock might be beneficial- but we ended up remaining on the boat. 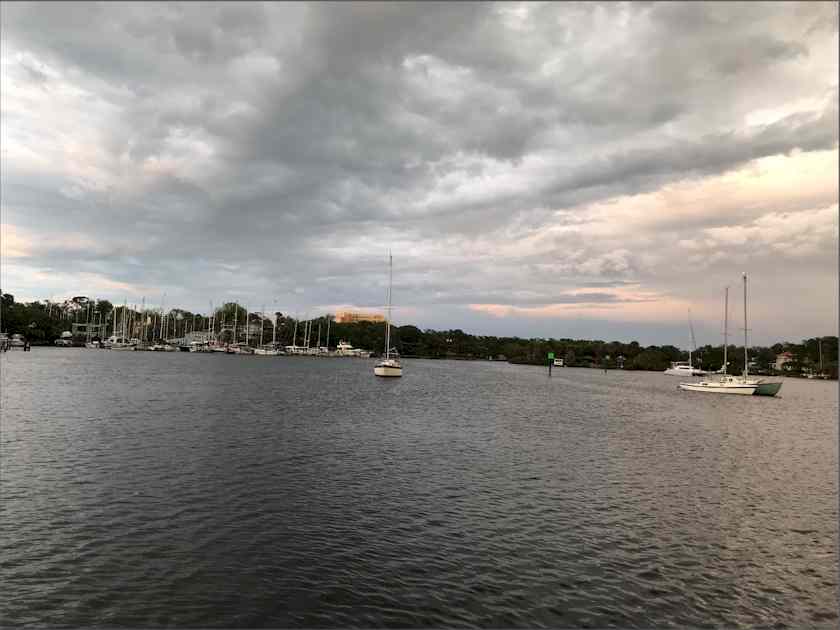 looking northeast toward the narrow opening from the ICW

The anchorage is medium in area and has numerous long term anchored vessels.  Holding is primarily Sulphur smelling black mud with bits of finely broken shell.  We dropped in 11 feet and extended 100 feet of chain attached to a 20 foot bridle.  Set against a 10mph wind and 1,500rpm- it held fine during the gusts.  Due to the circular shape of the basin, winds shifted and swirled a lot. 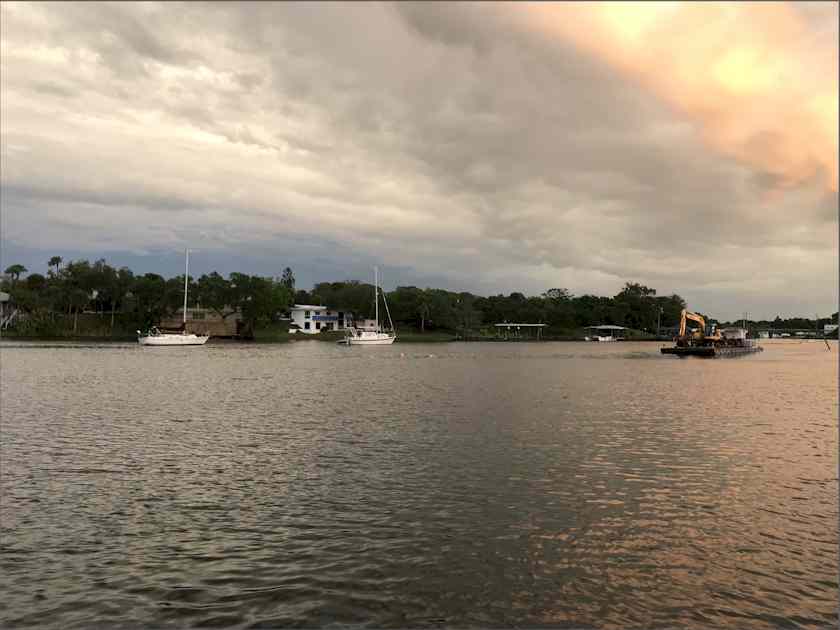 Before the high winds began, a local crewing group made two passes by our boat.

Multiple groups came through. Crew ranged from two to eight and matched the length of sculls.

The story / blog of  senior citizens, Alex and Diann, on board Yacht A Fun, their Gemini catamaran sailboat.  They are traveling the ICW and east coast with insights to the extended cruising life.  They offer the book “Your Boat as a Business”  at  www.Amazon.com/dp/1720656452        This post was about Anchorage basin at Melbourne