We were able to depart Deep Point on schedule Thursday May 5th at 8AM.  The flood tide boost worked as planned and so our Gemini catamaran made Snow’s Cut just after its Slack Water. 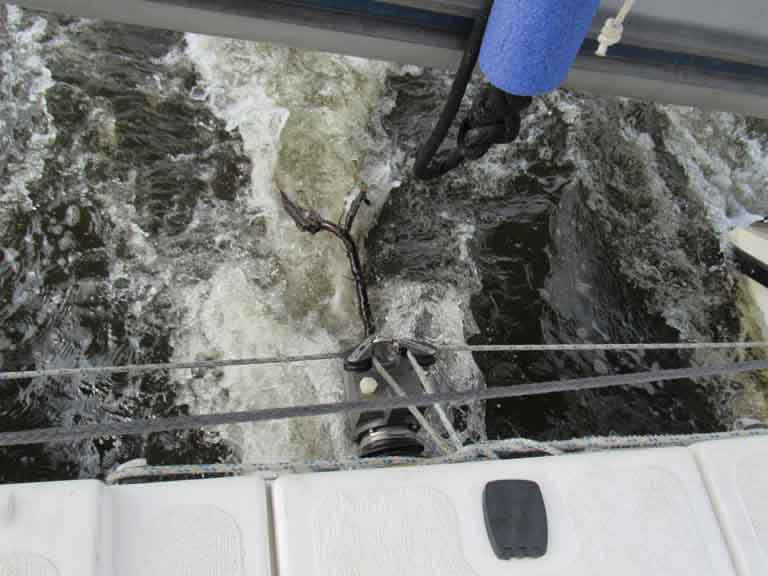 The drive leg will snag floating limbs and such 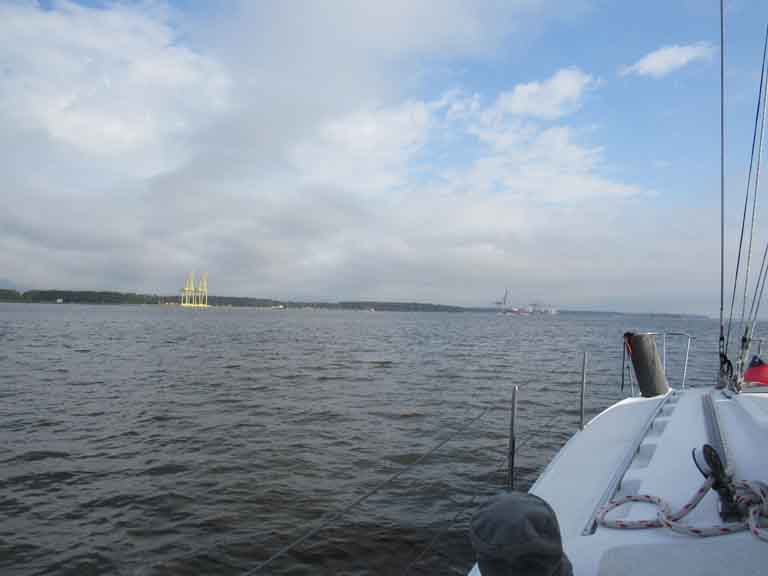 The ebb current, for the Cape Fear had begun and so there was the expected side setting flow as we approached the cut (canal).  Since the tide was on the way out, the water in Snow’s cut was flowing to the Carolina Beach Inlet.  We were making 9.2 miles an hour as we went under the bridge.  Yacht A Fun was turning rpms for only about 5 MPH.  That revealed a 4.2MPH current. 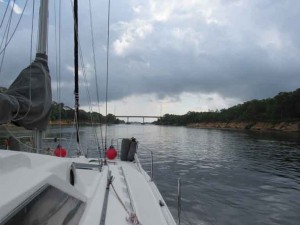 The bridge to Carolina Beach crosses the cut 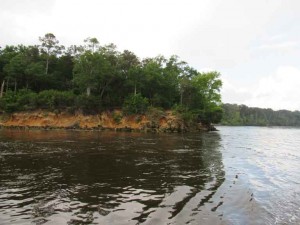 Edge of what was “cut” 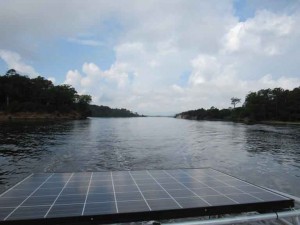 Looking back toward the Cape Fear River

The tidal boost lasted until we got to the inlet, at which point we were turning rpms for 6.5 MPH but only doing 5.2.  What a change that was!

What to do about anchoring at Wrightsville Beach as planned, or push on another 40 miles to save a travel day?  Our decision to stop over at Wrightsville and be anchored by Noon Thirty was based on:  three draw / swing bridges which open on tight schedules; possible waterway debris issues; and sundown at about our best of circumstances arrival time to Mike Hammock Bay anchorage.

Our first anchorage in eleven months

There were comparatively few people at the Wrightsville Beach anchorage behind the Blockade Runner hotel.  We dropped a total of 120 feet of chain and rode into 16 feet of water and backed down to set the hook.  And then the wind clocked around.  I’m sure the anchor had to reset itself but seems at this writing to have us in place- though now closer to the east docks than I’d have planned. 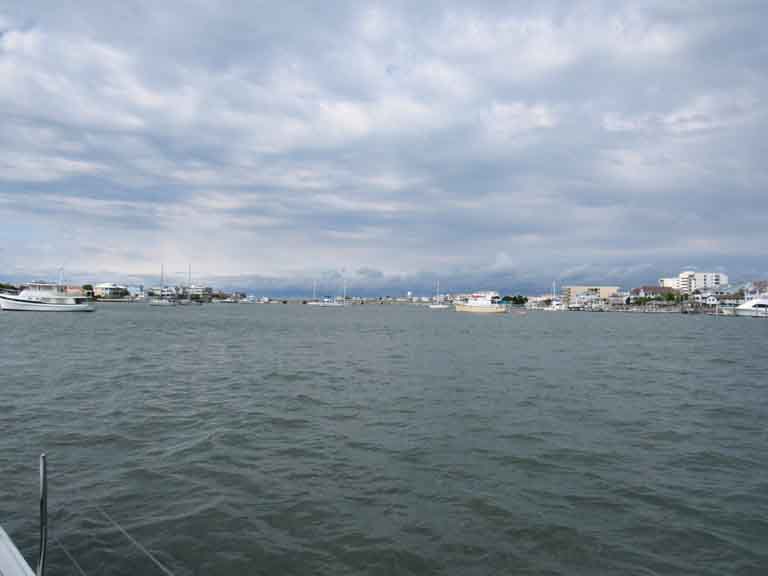 Chicken thaws on the counter top.  Zoey has enjoyed sampling Brie and pecans.

Having been plugged in at the dock for eleven months, Diann and I felt renewed to again be on our way to a new destination.

The story / blog of Yacht A Fun, a Gemini catamaran sailboat, traveling the ICW and east coast with insights to the extended cruising life. Anchored at Wrightsville Beach