Yacht A Fun, our Gemini catamaran, made it to Mile Hammock Bay anchorage in 7 ½ hours.  Zoey hadn’t made use of her pottie carpet and so hadn’t peed in 36 hours!  Diann and I anchored securely, dropped the dinghy, and sped back to a marina in Sneed’s Ferry.  It took just ten minutes, though.

We “recharged” the carpet by insuring she did her business on it.  (Now recharged, she’s using it when on the boat!)

Not long after we arrived, Hobo pulled into the anchorage and dropped hook next to us.  It wasn’t long before I played “UBER” and we were having early sundowner wine.   This photo was taken during our conversation on board Yacht A Fun.

Diann’s bike stores nicely on our bed.  That get’s it out of our way, keeps salt spray off of it, and shifts some ballast to midship.

Excitement combined with responsibility and I awoke at 5:20AM.  We quickly had beverages, cranked the engine, put Diann’s bike back to bed, pulled the anchor, and headed to Surf City Swing Bridge for the 7AM opening. 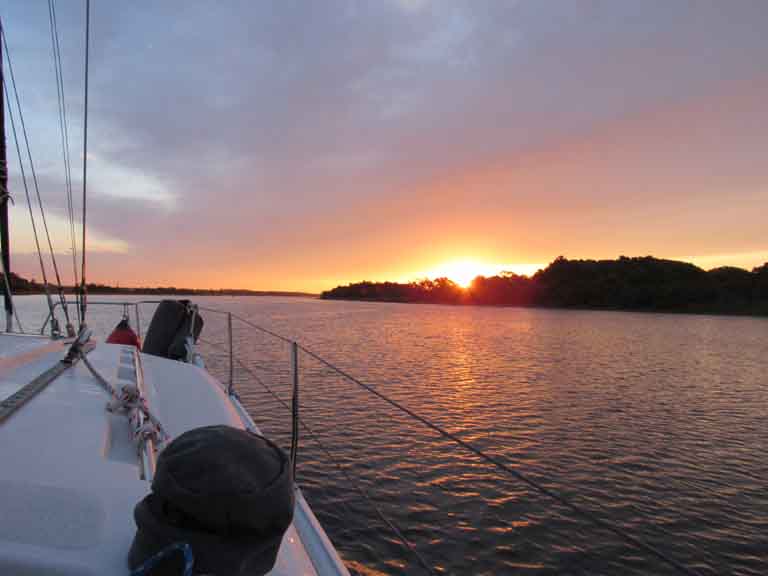 It was a long trip.  8 ½ hours of mostly uneventful scenery.

Jarrett Bay Marine has been highly recommended by a number of boating web sites and blogs.  Our Gemini catamaran’s drive leg needs some routine maintenance that’s beyond my skill set.  So, we decided to do our spring catamaran maintenance at their facility at the mouth of Adams Creek.

Our Gemini catamaran is one of the small boats

Note how small the two men are 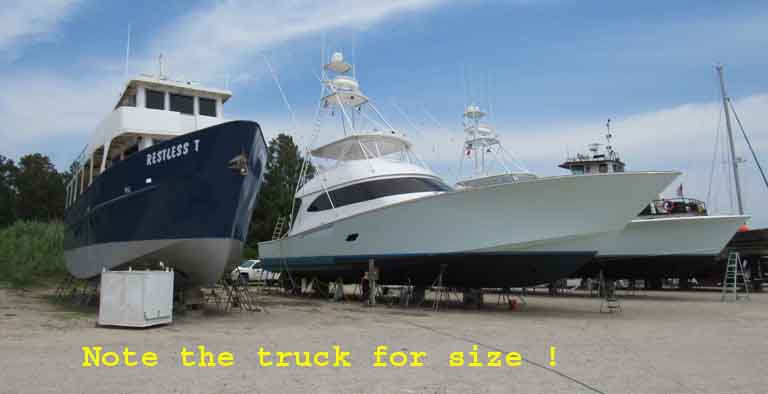 While we await being hauled out, we are tied to a floating face-dock.  Snow Bird’s are mostly courteous.  Some are not- which slaps and bounces us pretty hard.  We’ll be happy to get hauled on Tuesday and off the dock. 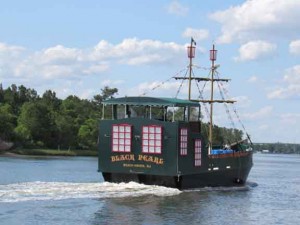 Down time on Monday  gave us the chance to use the bikes.  While riding we got a slow motion tour of the facility including being able to see a commercial ship being sand blasted in preparation for painting. 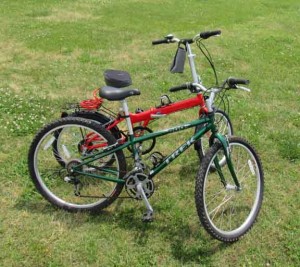 Our bike colors are Port and Starboard. Not Planned. 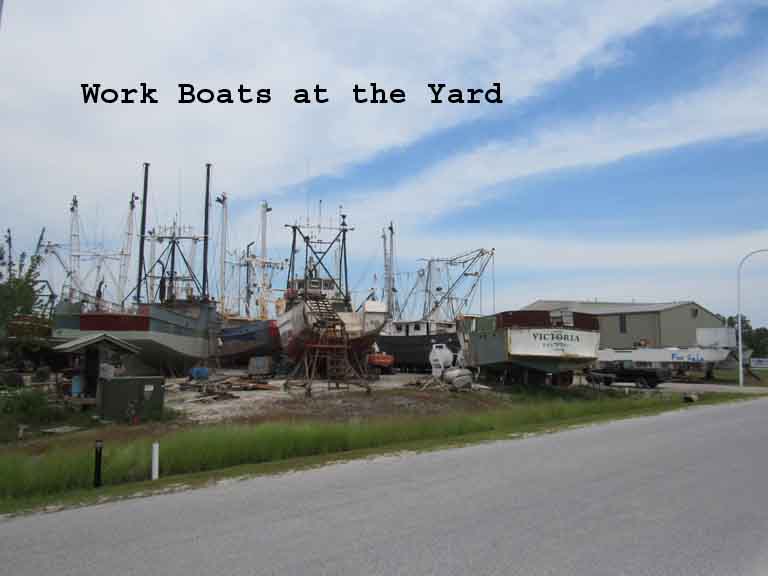 Tuesday is haul out day.  It is also Leap-Frog day for the Jeep.  We’re renting a car, driving to Southport, and picking up the Jeep.

The drive time will approach eight hours.  Yuck!  But that’s cruising with a vehicle.

The story / blog of Yacht A Fun, a Gemini catamaran sailboat, traveling the ICW and east coast with insights to the extended cruising life. Jarrett Bay Marine Beaufort