What happens to gasoline when ethanol dries out?  The residue looks like flakes from kernels of yellow corn ! 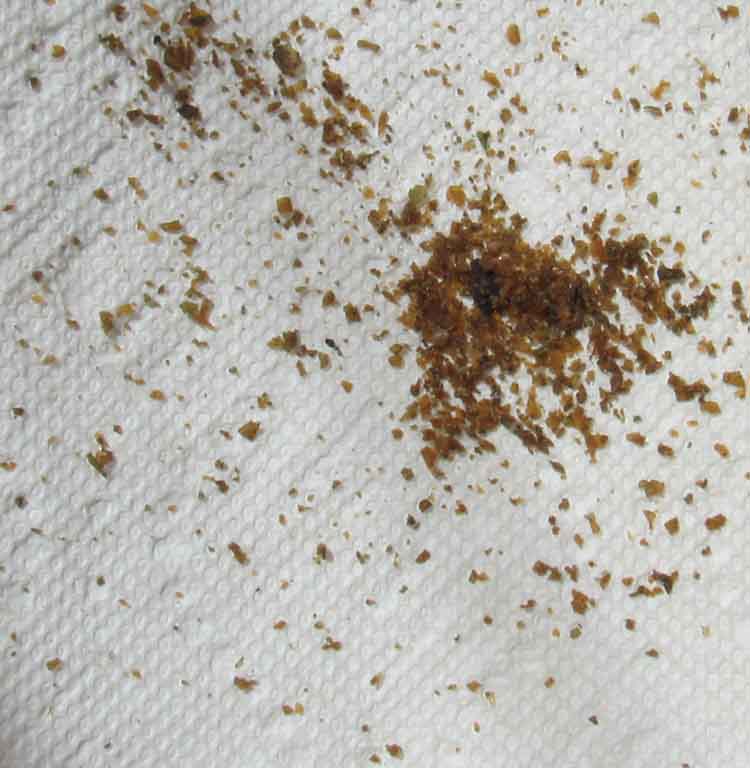 Just a small sample of what came from the fuel hose

When our Gemini catamaran’s Mercury four-stroke outboard engine won’t be used within 18 hours, I habitually pull the fuel connector and run the carburetor dry.  Thank goodness for that step when we arrived at Southport ten months ago.

I had additionally transferred the fuel tank’s contents to the Jeep.  Old fuel would have not been viable.

I forgot to drain the fuel line of the 3 gallon portable tank.  So, ten months later when I filled the tank with 91 octane non ethanol fuel- it didn’t matter.

The engine simply would not receive fuel.  The short story is that the primer bulb and the snap connector had a significant amount of dried fuel containing  ethanol.  When fresh fuel was introduced, flakes of the old fuel must have entered the engine’s fuel connector.  No fuel could be “primed” into the just replaced fuel filter.

The story would get long if I detailed the wrong recommendation, by a reputable parts house, concerning Yamaha hoses fitting Mercury fittings.

Skipping a week and multiple emails and phone calls, the short story runs-  new hoses and connectors from the original manufacturer are the way to go.

The story / blog of Yacht A Fun, a Gemini catamaran sailboat, traveling the ICW and east coast with insights to the extended cruising life. Ethanol fuel outboard