Years ago my maternal grandmother had a day helper once a week. Many times when my grandmother came home from work and took the helper home, the woman would exclaim, “Ms. Estelle, I be woe’d out”.   This evening Diann and I are woe’d out!

We got up at 6:30AM and left our Calabash Creek anchorage around 8Am as planned. The temperature was 43 degrees.

As we motored, I became concerned about time / distance / fuel burn and whether I should top off our tank early, or risk being too low at Bucksport. So, we dropped into Myrtle Beach Yacht Club’s fuel dock for peace of mind. It was a good decision.

A number of years ago a good friend owned a 53’ Hatteras “1510” motor yacht he named Matriarch. The boat was sold recently and has been renamed No Regrets. It was a hoot to see the boat at LightKeepers (which is in the same yacht basis as the MBYC), where she has been berthed for at least 10 years- under both names. 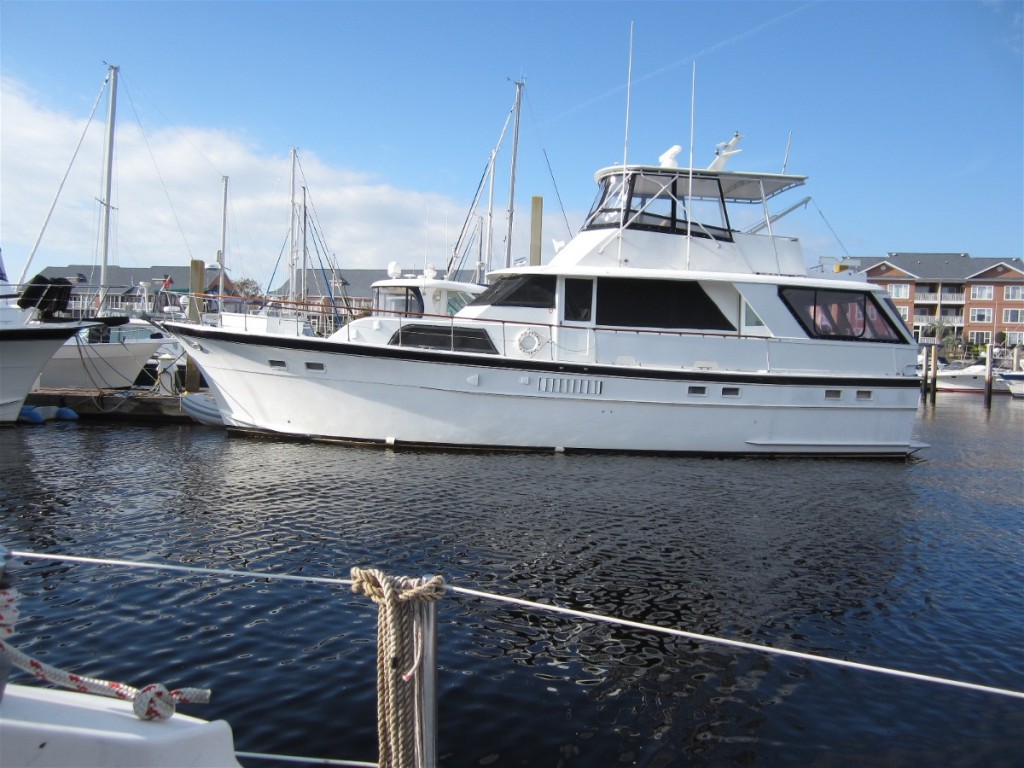 Hatteras Motor yacht, once named Matriarch is now No Regrets

Diann and I plugged away on our Gemini catamaran through Myrtle Beach and the famous “rock pile” area of the ICW where the sides were blasted out of rock and left as platforms on which boats may wind up. We had no issues, but the reputation causes emotional strain. 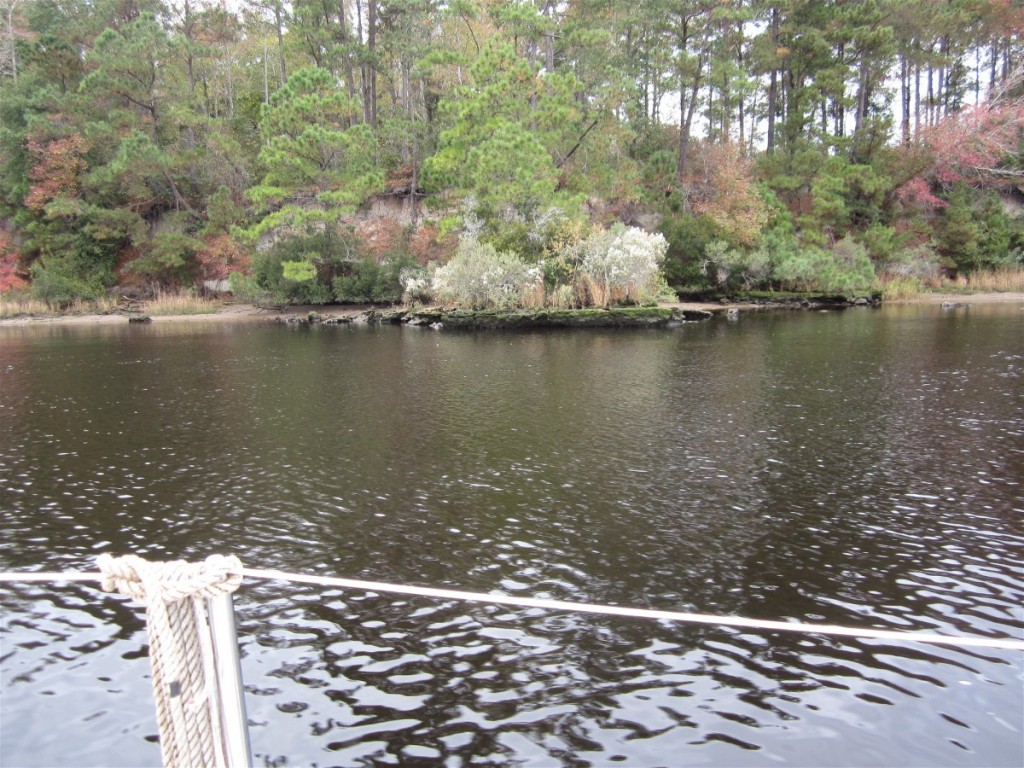 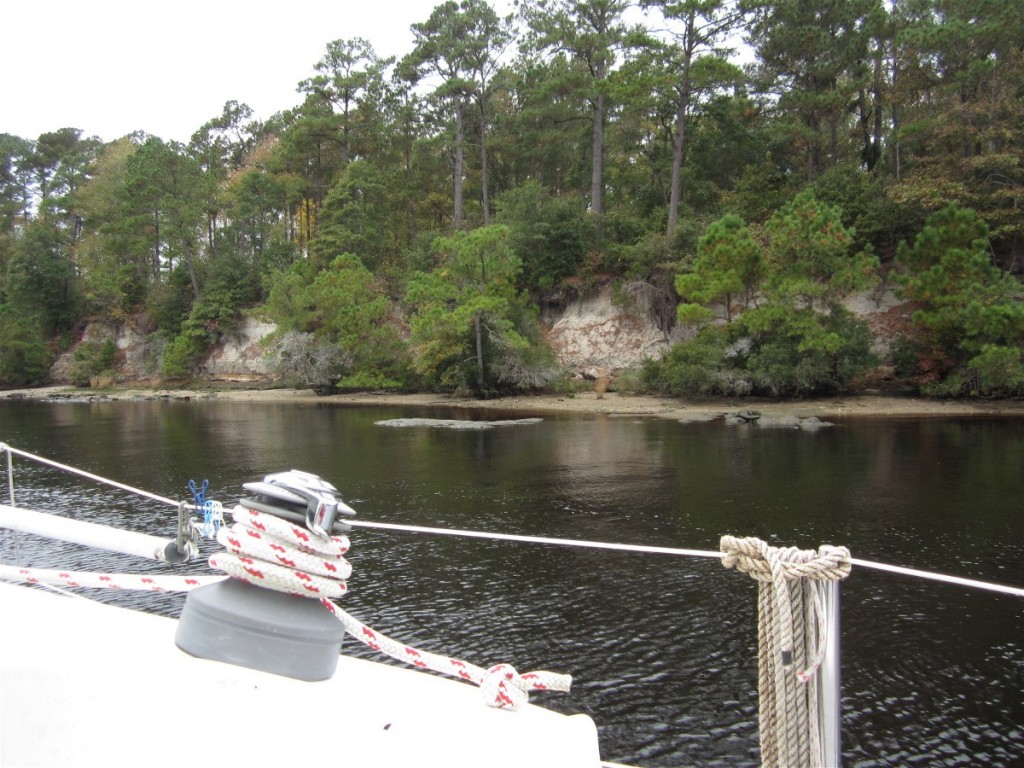 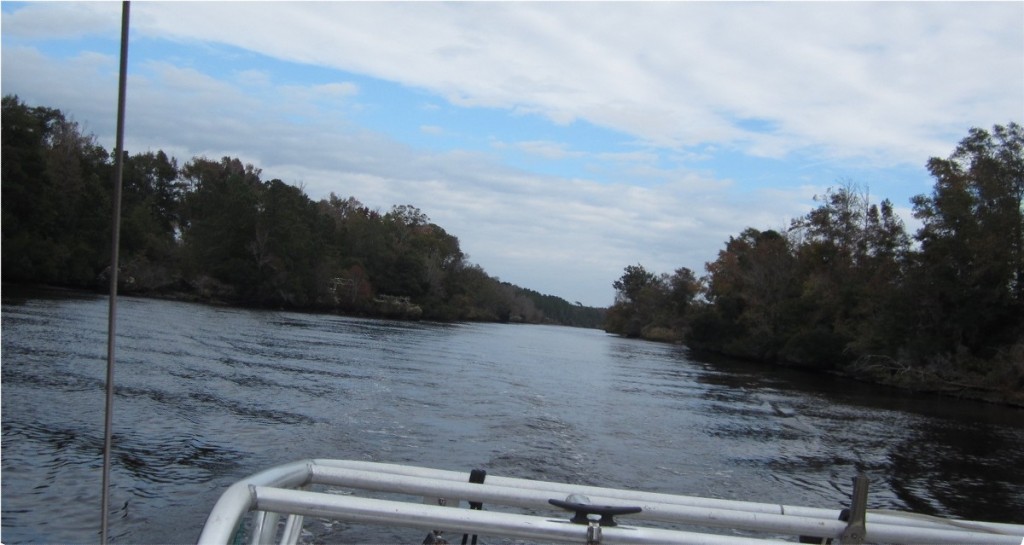 Three swing bridges opened on demand vs. having hourly schedules in North Carolina. On demand is better.

And then the rain began.

Our Gemini has a hard dodger for sun and weather protection. You can steer by looking thru the saloon window, or by sitting on the side seat and from there have unobstructed vision. In the rain, one needs to sit on the side on the side since the window pelts up with rain drops, which reduces clear vision.

When it’s 55 degrees and raining- foul weather gear is a must. Howl-e-lul-yah for Gortex / North Face / and Patagonia gear. Diann and I were rained on for at least two hours of the afternoon part of the trip. 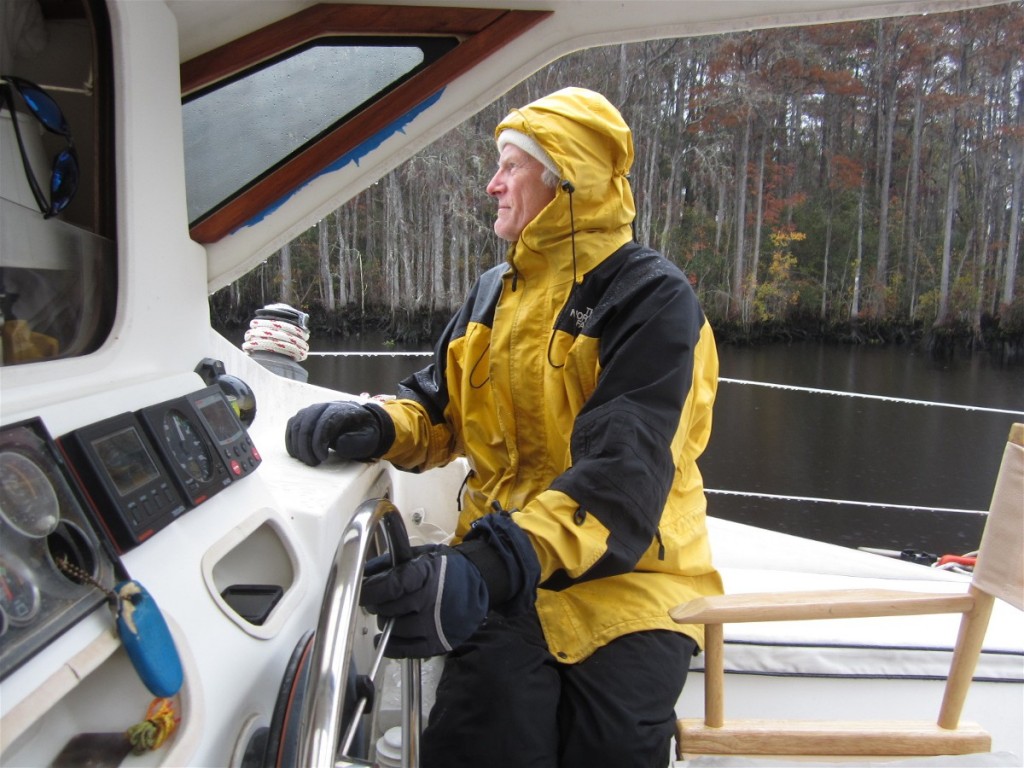 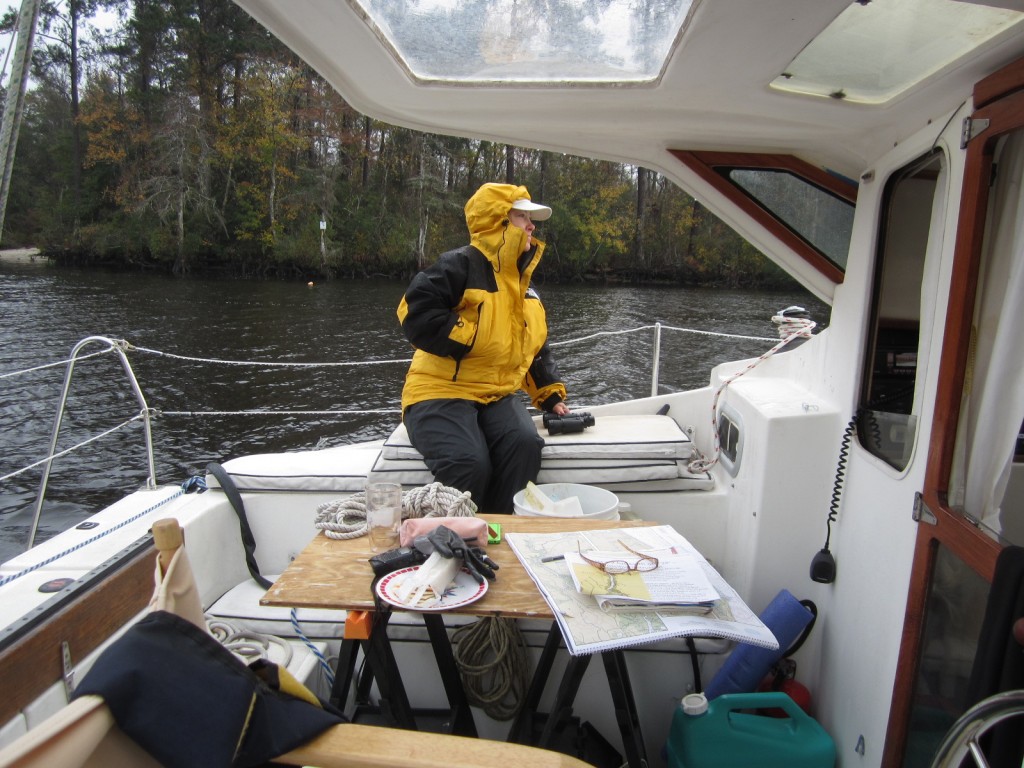 We arrived at Bull Creek just as friends on board Thalia passed by. By radio, they confirmed having anchored in Bull Creek last year and commented on how their boat “lay to” the tidal currents instead of to the wind. Diann and I are now experiencing having the boat hover as the wind blows opposite of the current and the Yacht A Fun is sideways in the creek.

Yacht A Fun ran out of propane during last evening. So earlier this morning I swapped tanks. Now I need to see if I can relight the Dometic refrigerator. It works on propane, or 110AC. For our travels, propane is better.

Early morning, long day, rained on, and new styled anchorage. We are both tired. Diann heated water and has had a bath. Me next…………………