It’s Tuesday in the Dinner Key mooring field.  Having aborted our coastal departure on Sunday, we’ve been here since.  Based on the Sunday afternoon NOAA forecasts, leaving Wednesday was to be with 2 ft seas and straight forward.  But, now that has seriously changed upward. 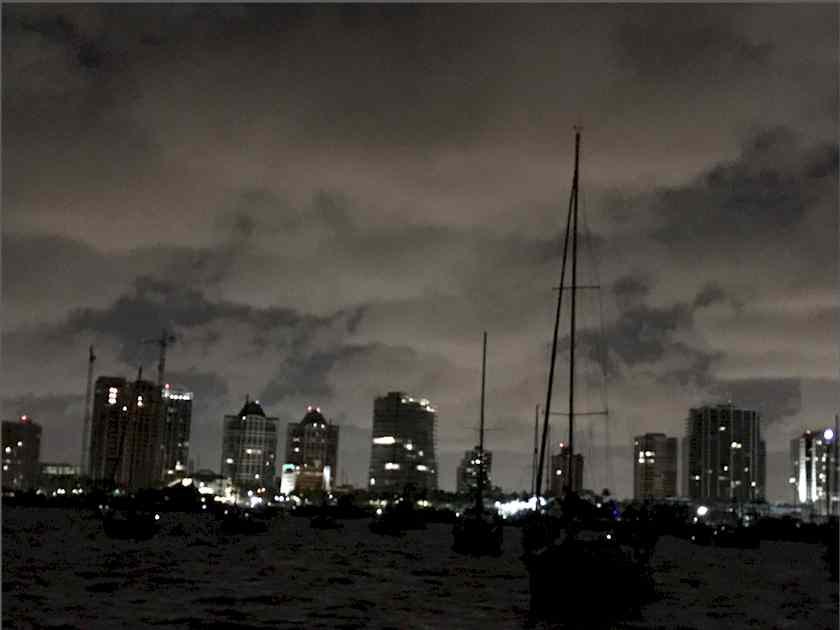 Regarding departure- there’s this holding tank thing.  It’s now been eight days since our Key Largo pump out of the holding tank.  Though the toilet control’s red warning light hasn’t yet come on- it won’t be long before toilet usage becomes critical.

Today we were to have been pumped out by Dinner Key Marina.  But, thunderstorms and high winds caused that to not happen.  So, we are now scheduled for tomorrow. But, do we stay for pump out Wednesday and then leave Thursday? 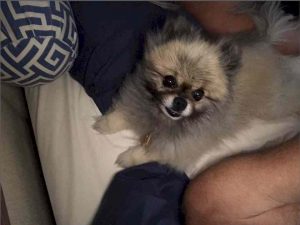 Diann, Zoey, and I napped for the afternoon rain and wind

One option is to leave tomorrow and travel the ICW vs going offshore Thursday.  Some 7 bridges with opening schedules are between Miami and Ft Lauderdale.  It’s worth waiting a day to go offshore, just to miss those bridge constraints to smooth travel by ICW.

Wednesday’s sea state forecast now shows 3 to 4 foot seas with an occasional 5.  Because of how those forecasts are calculated- the occasional- occasional could be a 10!  Offshore isn’t safe until Thursday with its forecast of 2 ft seas.  (and of course the forecast could change or the reality be higher seas)

We could do the bridges on Wednesday if we pass on pump out here in Coconut Grove.  But pump outs in Ft Lauderdale are not as logistically convenient as having a pump-out-boat come to your boat to do the job.  Lauderdale Marina has pump out at their fuel dock.  But it’s next to a deck dining area.  So, pump outs there are only from 6AM to 8Am.  Our arrival will be late afternoon regardless of route.  There’s no guarantee of making a morning pump out unless we pay to stay in one of their slips.  Can you say “$$ ca-chiing”?

As a pump out alternative, I tried calling the City Marina in Ft. Lauderdale to ask about pumping out there before going to Lake Sylvia to anchor.  But it was 6:08PM and no one answered the phone.  To get a good start to Ft Lauderdale by ICW, we’d need to leave around 7AM.  But, the City Marina staff probably won’t be answering the phones until after.  their 8AM opening time.

So goes the planning in a boating lifestyle.  Flexibility and patience are needed traits for a positive boating life experience.  Inflexible schedules create frustration and occasionally get folks killed. 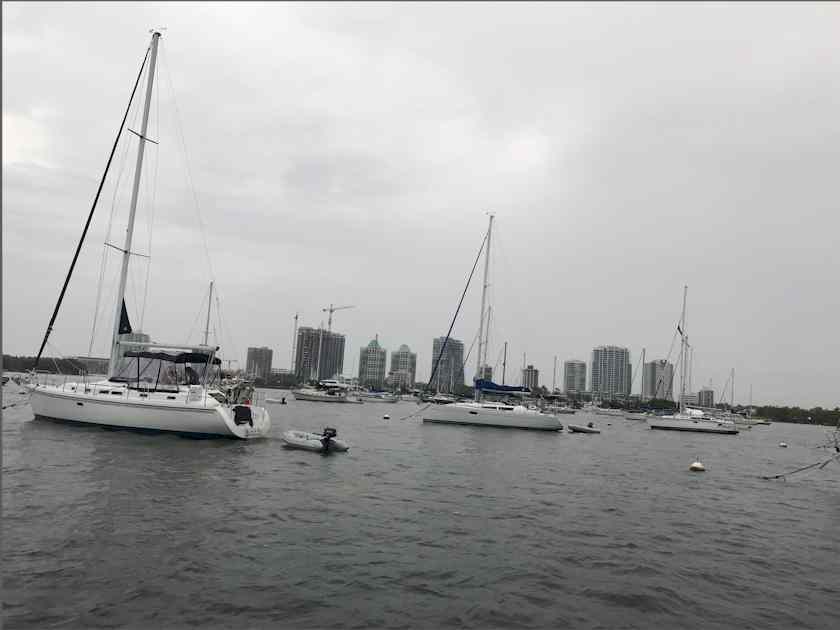 While producing this post, Dinner Key Marina was gray and awaiting more rain

The story / blog of  senior citizens, Alex and Diann, on board Yacht A Fun, their Gemini catamaran sailboat.  They are traveling the ICW and east coast with insights to the extended cruising life.  They offer the book “Your Boat as a Business”  at  www.Amazon.com/dp/1720656452         This post is about Boat Trip Schedule