The second Saturday in December 2015 was the date for the Southport, NC area Boat Parade. Boaters from anywhere could participate. For example, one drove in from Pembroke, NC.

Woody Wilson, Commodore of the Cape Fear Yacht Club, was the Parade point of contact and conducted the Saturday morning Captain’s Meeting held at the Southport Marina. 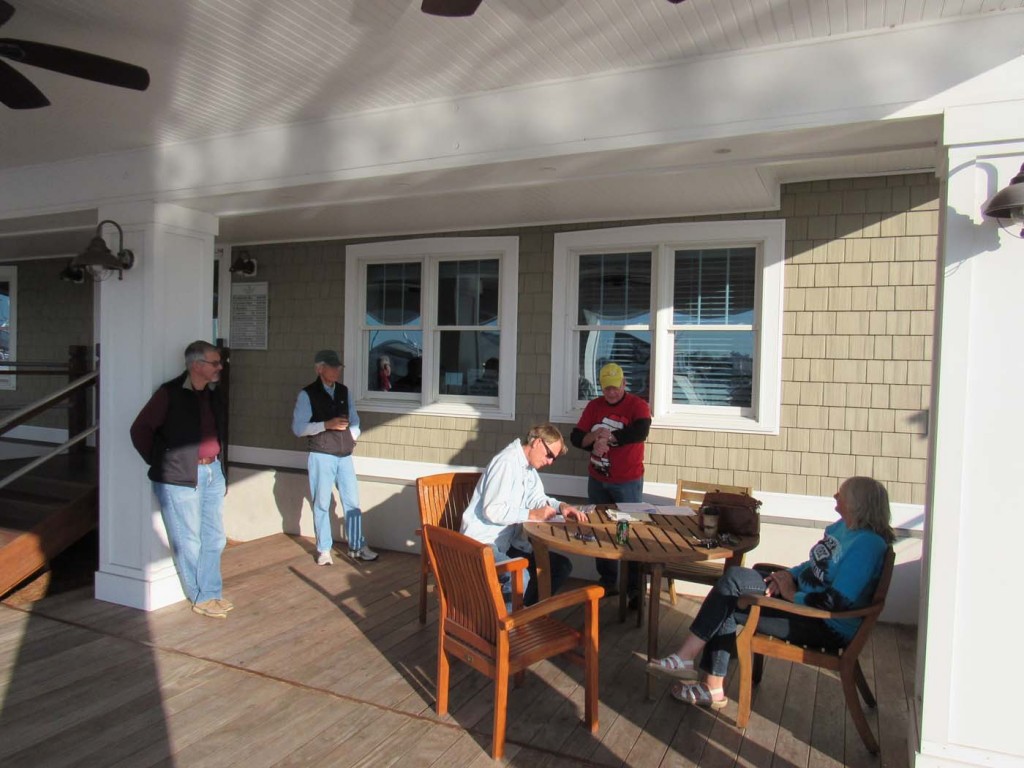 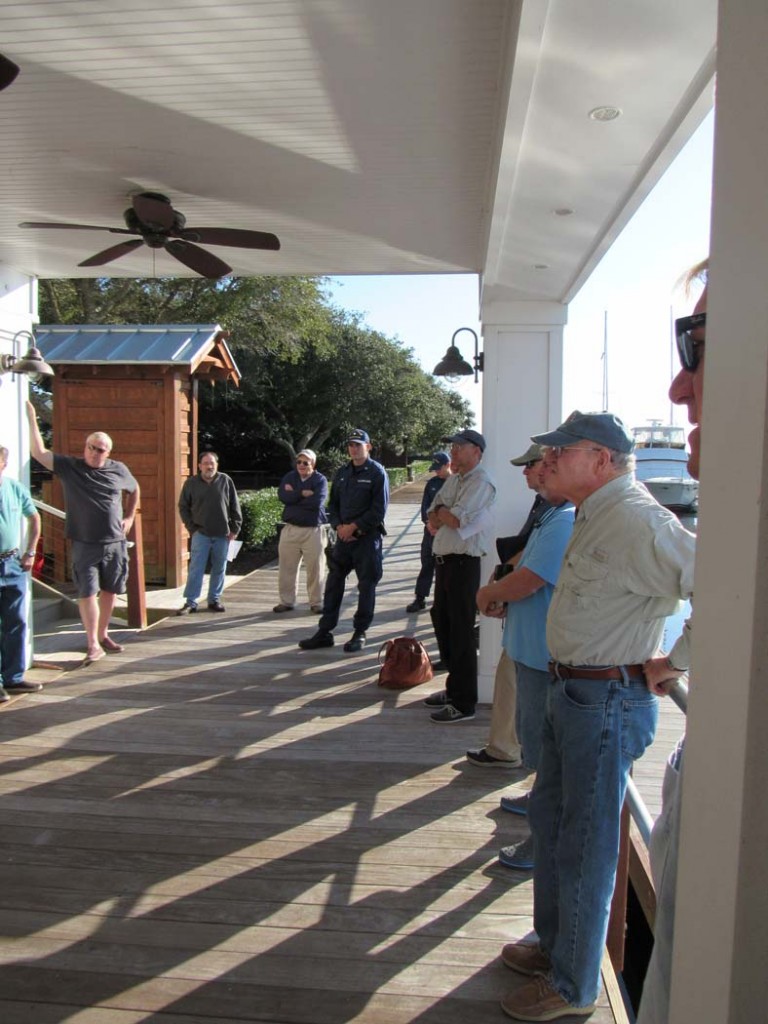 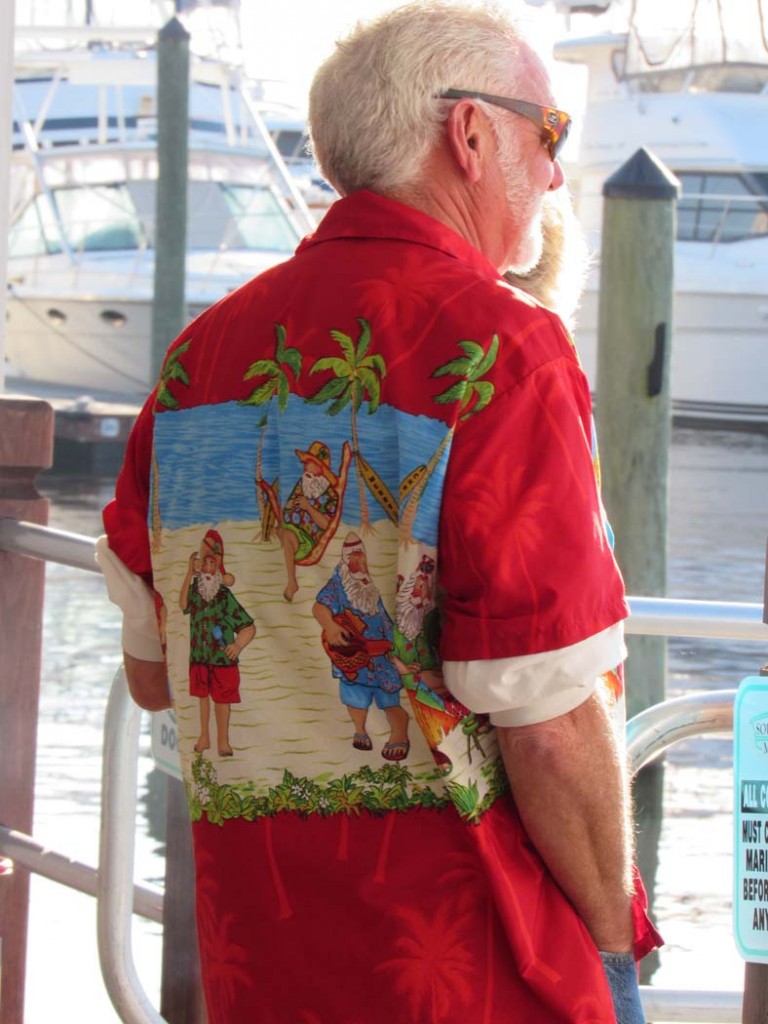 Diann and I didn’t enter Yacht A Fun, our Gemini sailing catamaran, in the Boat Parade. I had volunteered to help with the event and was asked to add to the image collection. We attended the Captain’s Meeting to get oriented to the event.

The US Coast Guard, spoke on waterway safety and participated (without Christmas lights) in the parade.

Boaters did last minute light checks before time to depart. 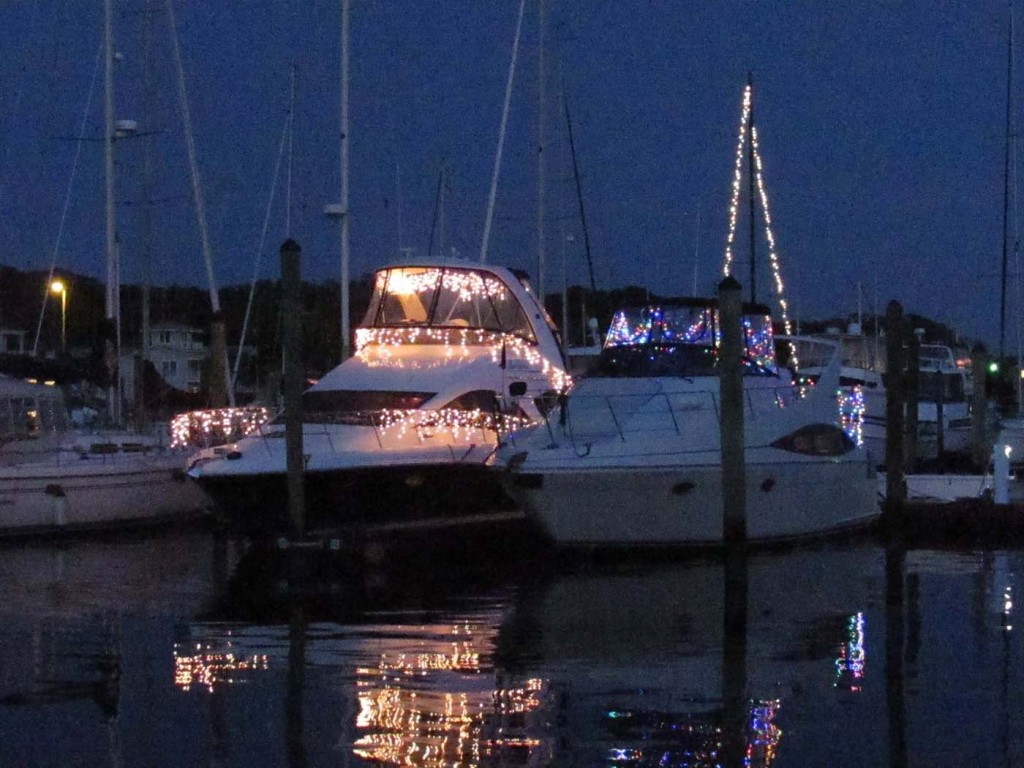 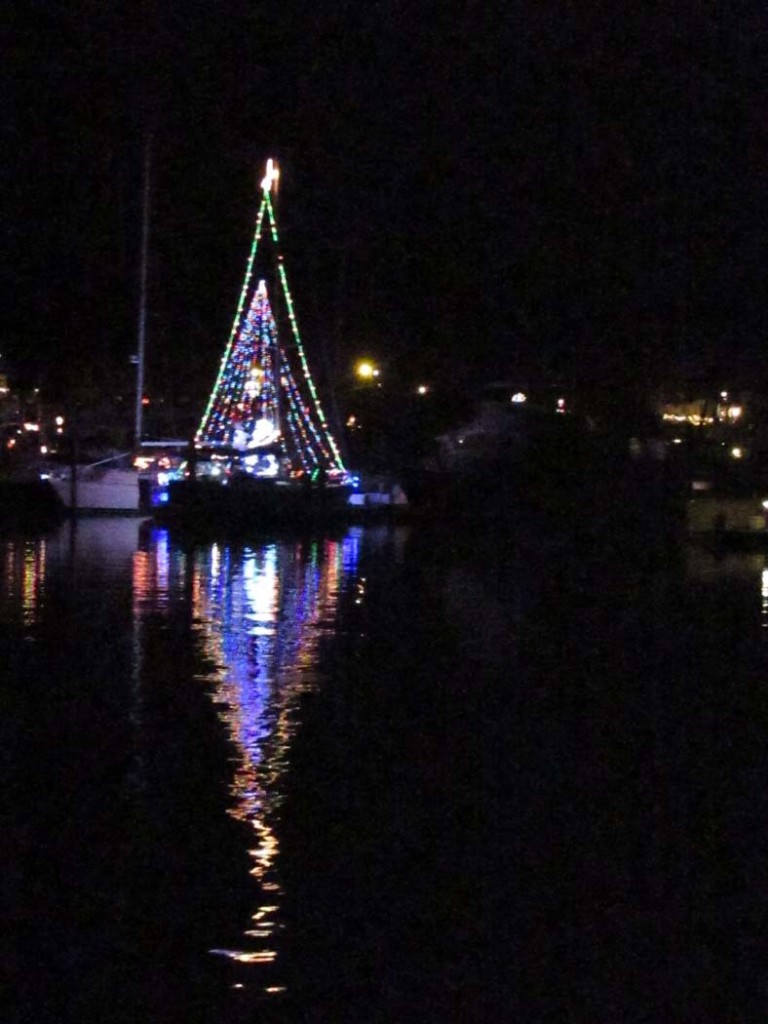 Fleet Captain, Dave Weigel, provided the “end of route” boat, on which Diann and I rode for the purpose of taking photos. Captain Dave departed a courtesy slip at the Southport Marina at six PM sharp. 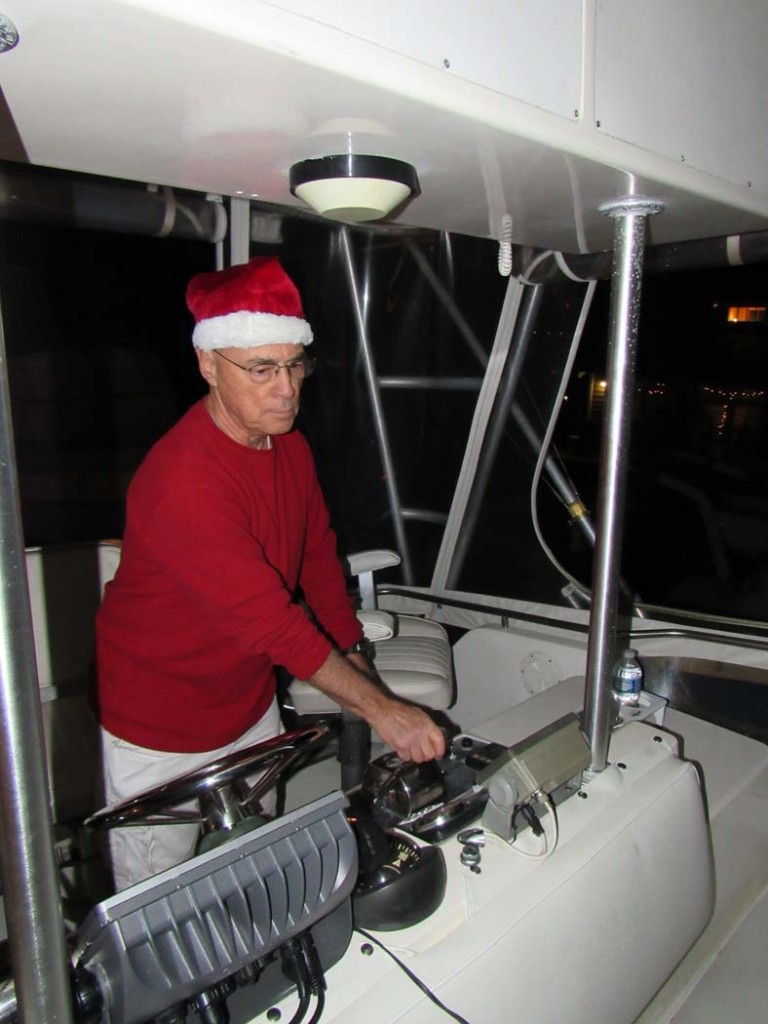 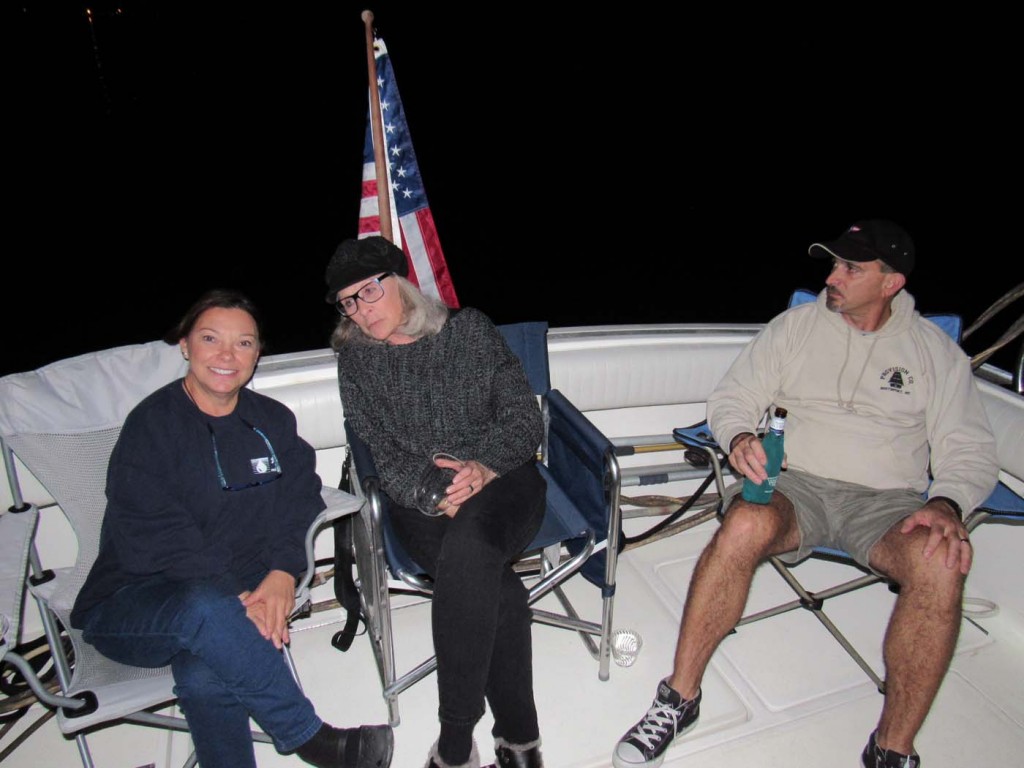 Once at the end of the parade route Captain Dave verified available water depths participants would find as they rounded his boat in their return to various slips. Once on site, he had to use his twin engines to keep the 36 foot sport fishing boat on station.

The Bald Head Island Ferry cast color as it shuttled from the Ferry Terminal over to the island marina. 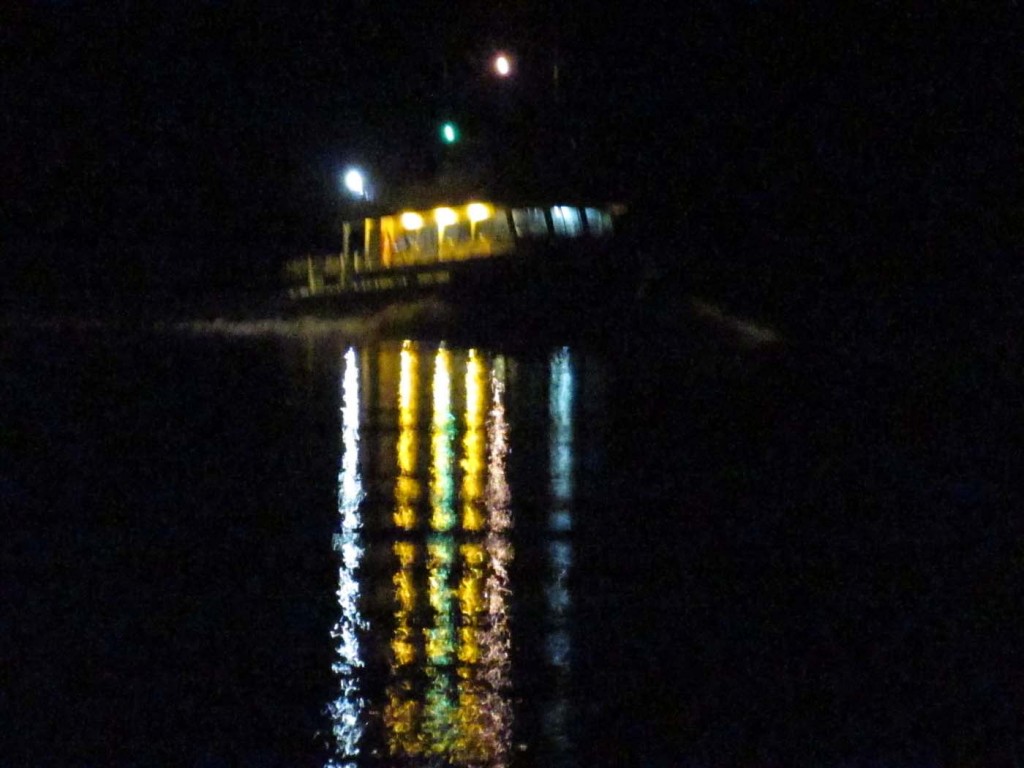 Boats began passing, the waterfront park of Southport, at 7PM. 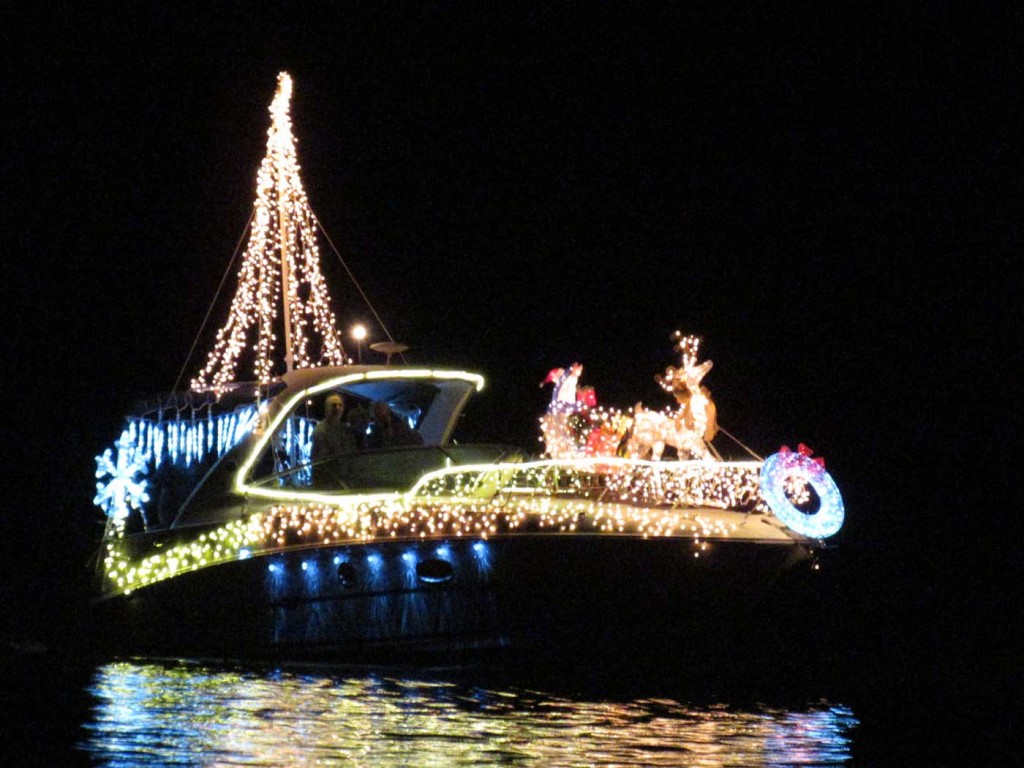 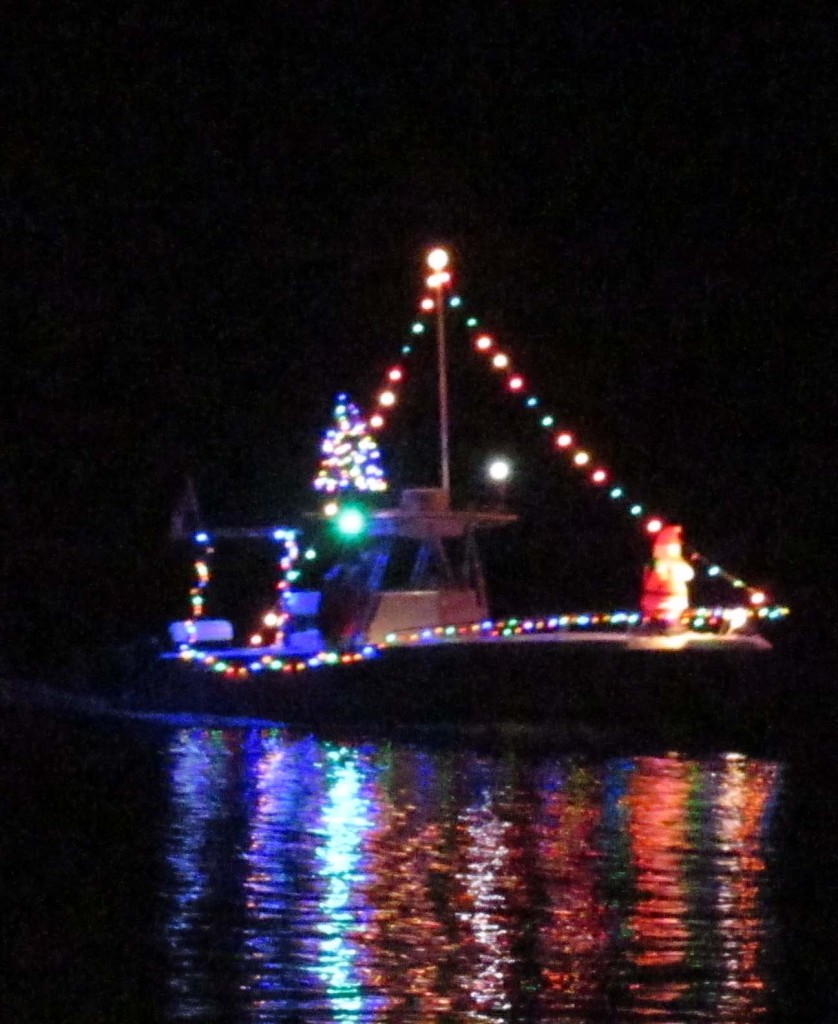 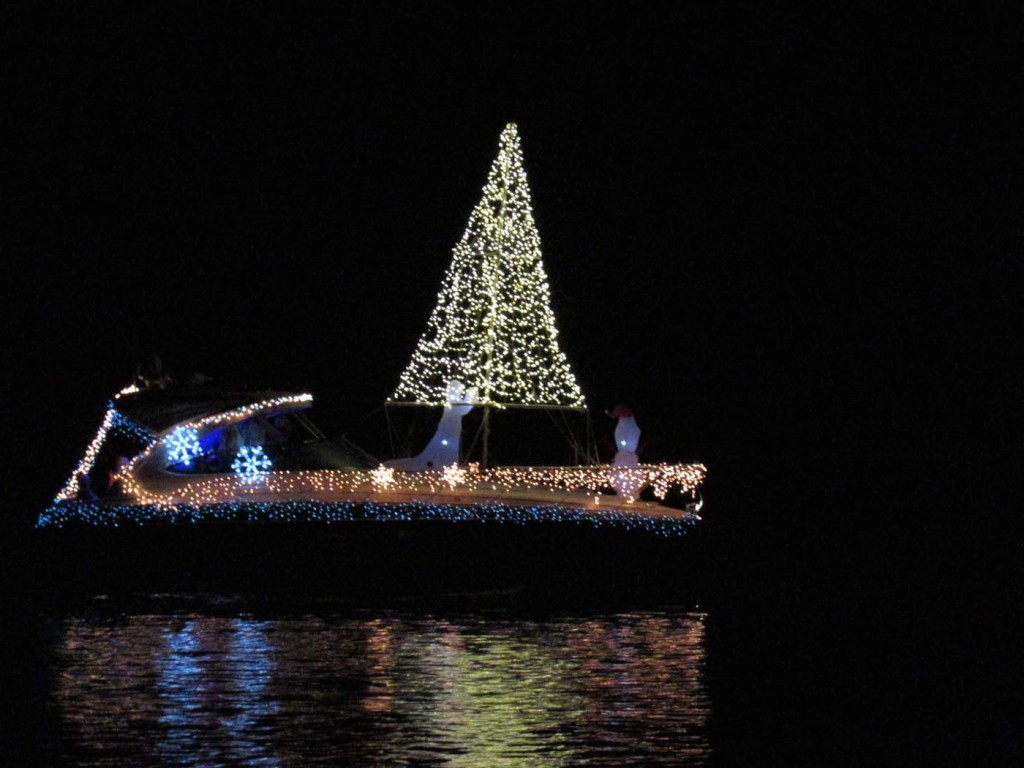 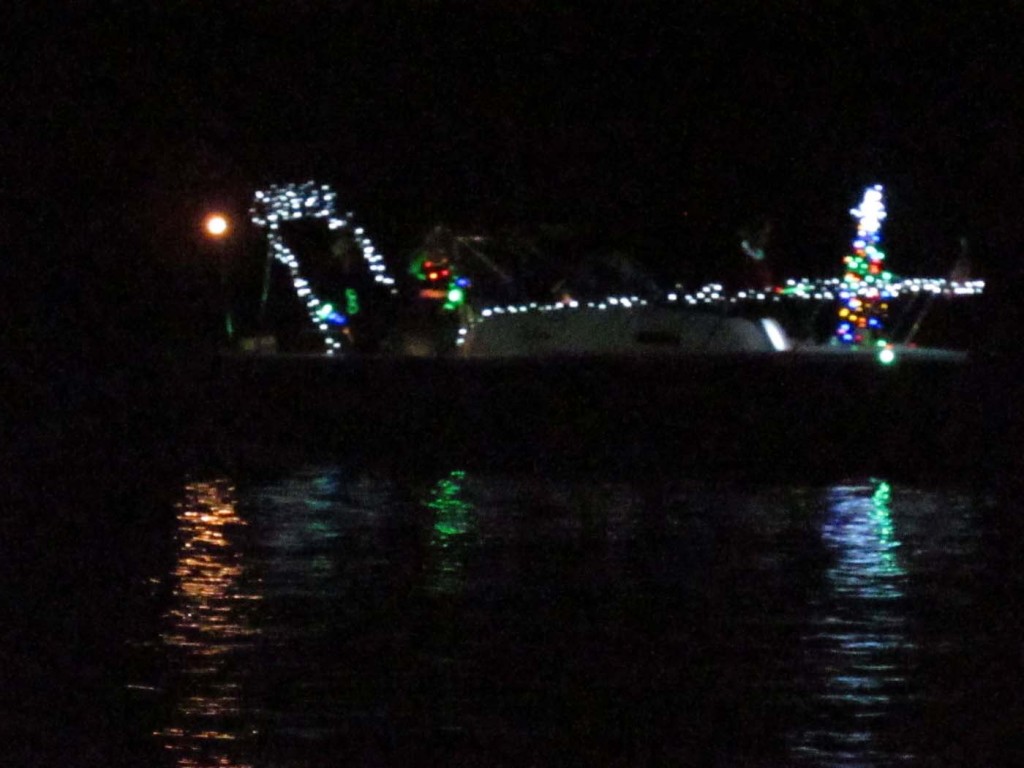 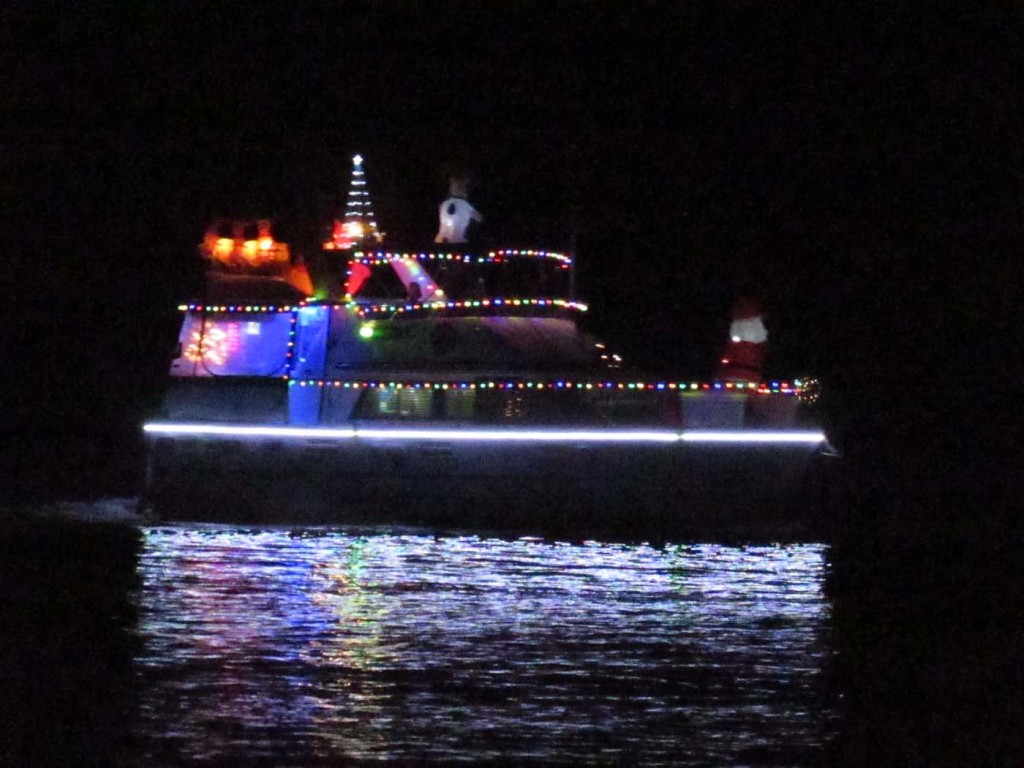 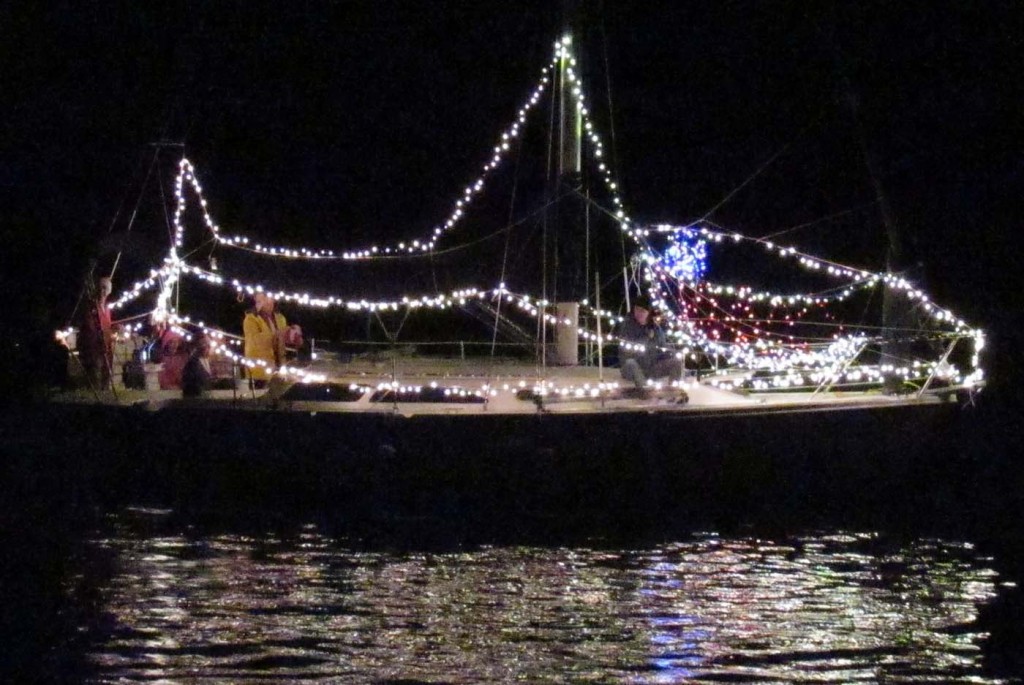 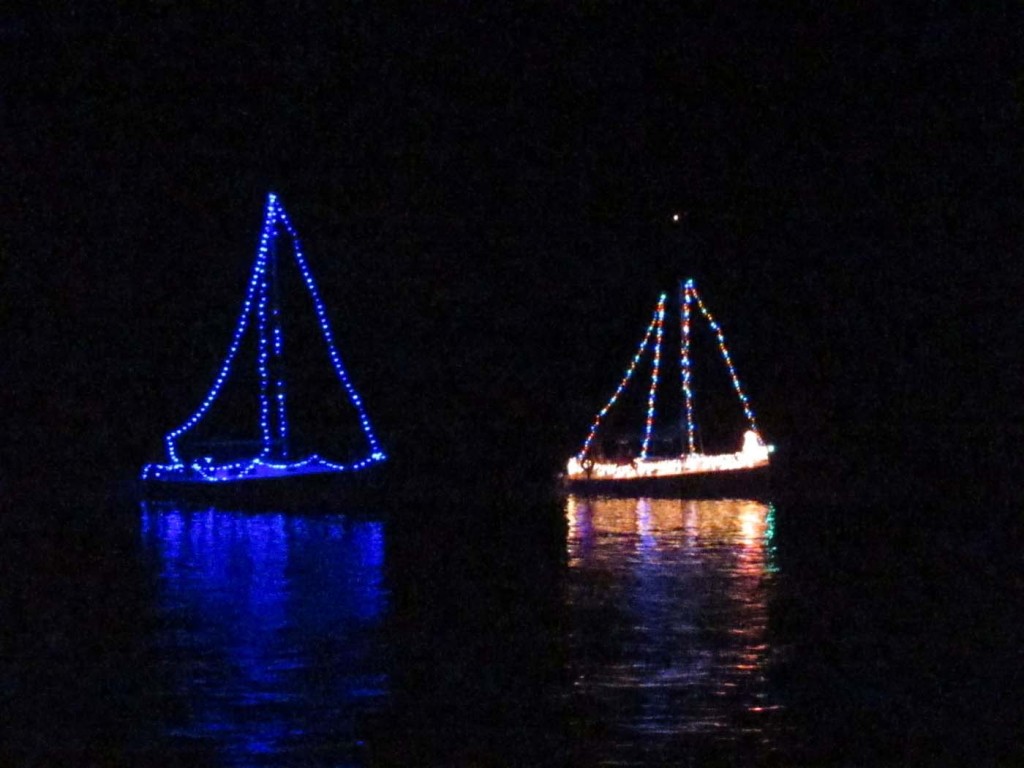 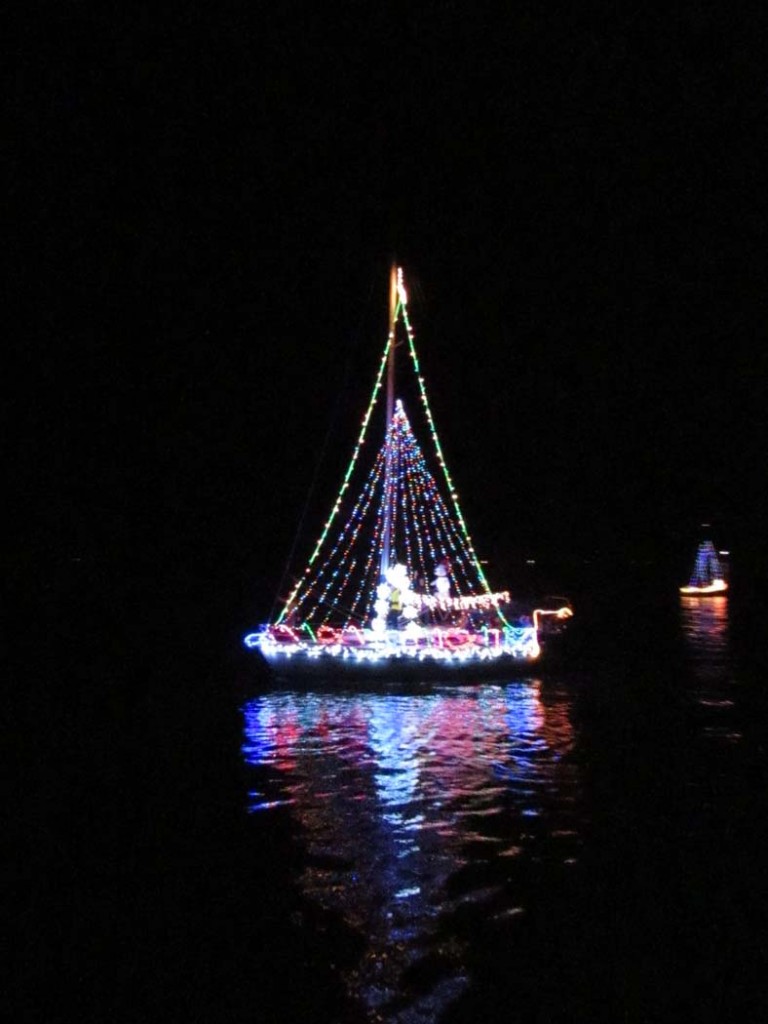 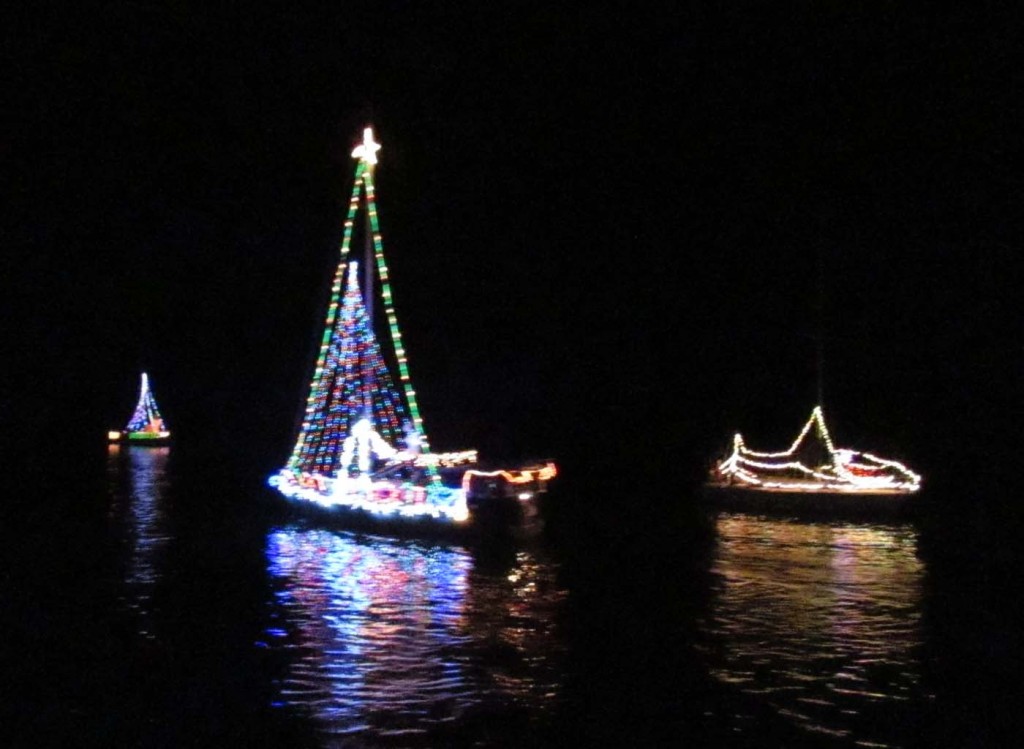 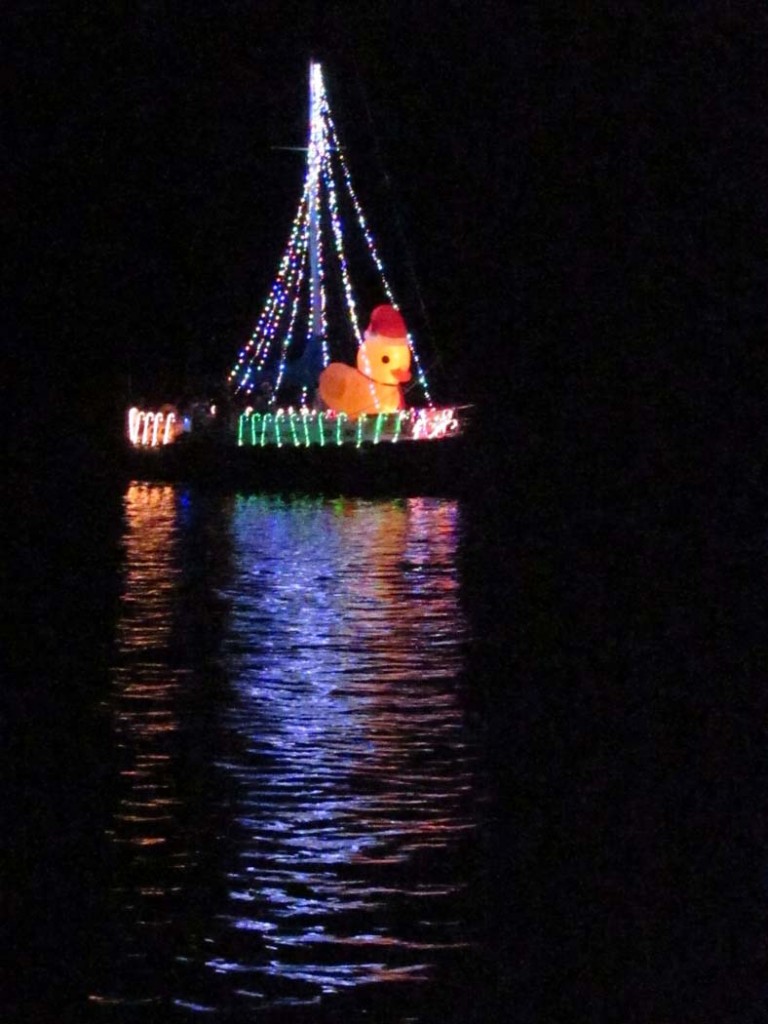 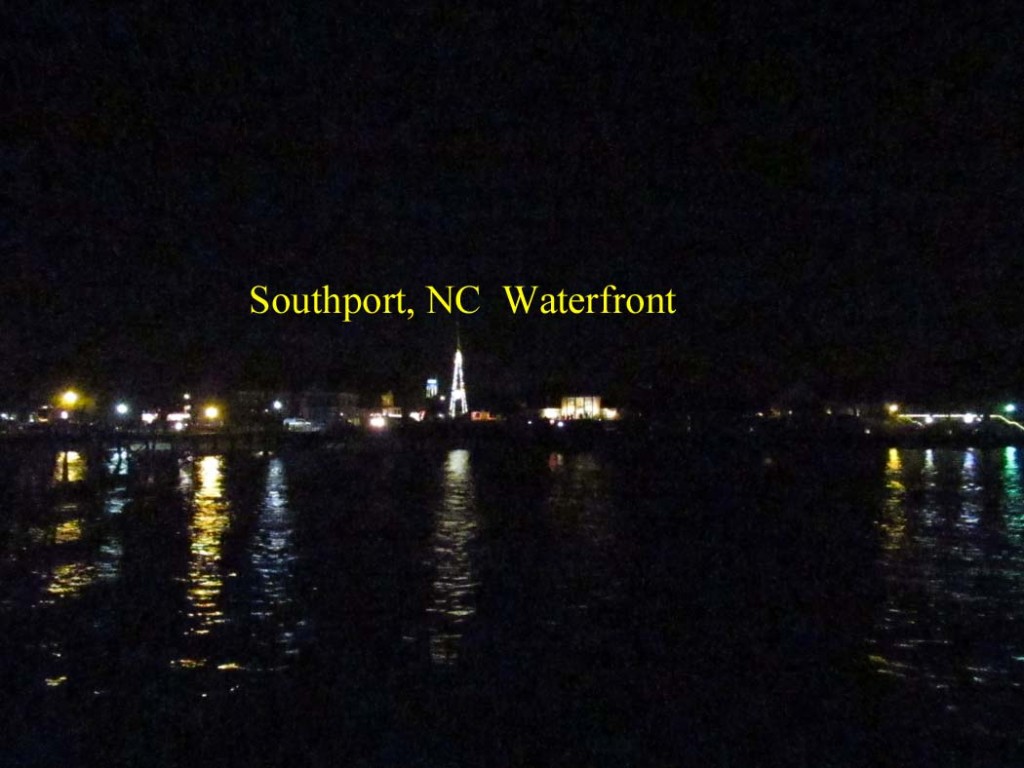 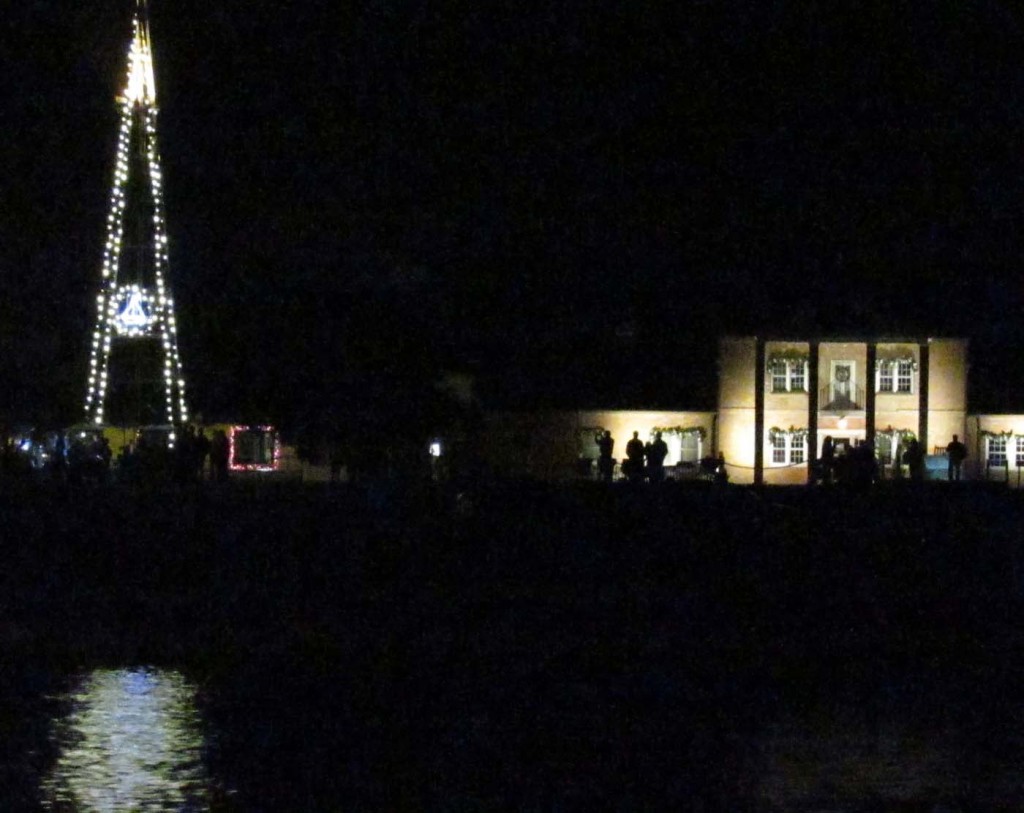 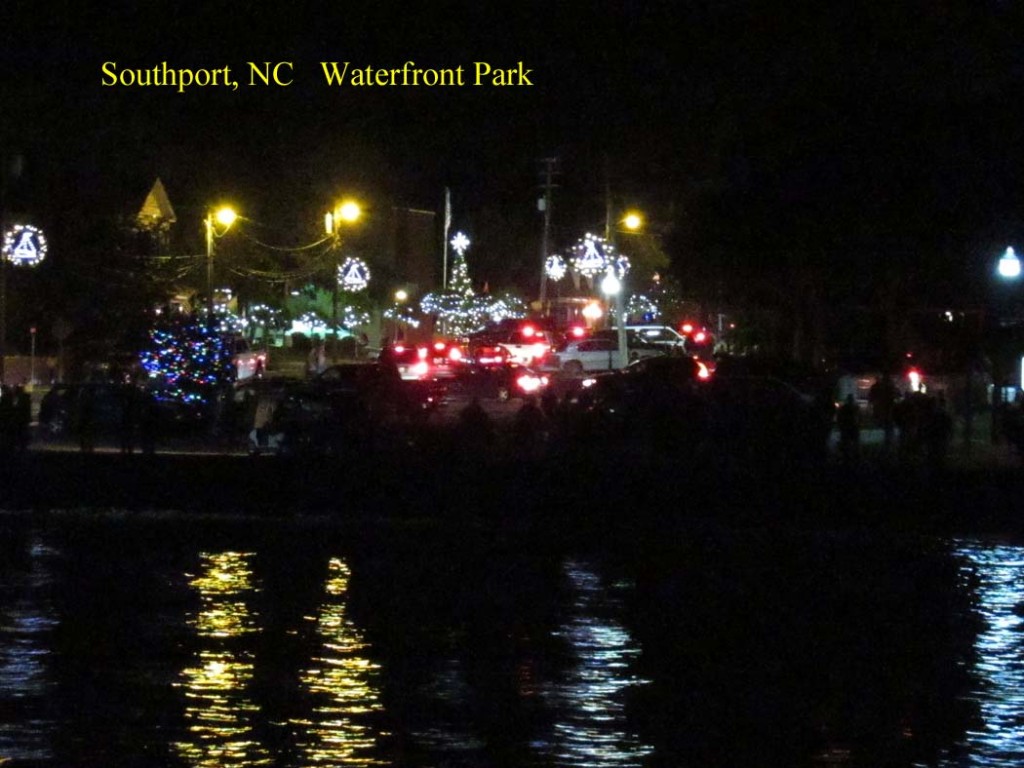 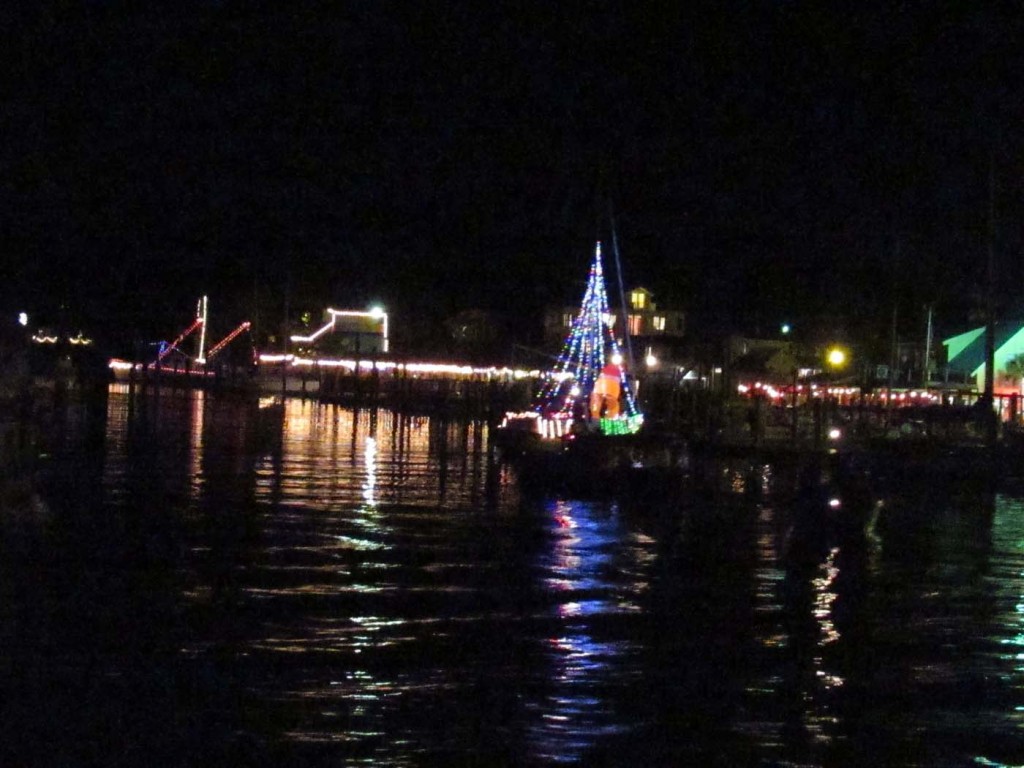 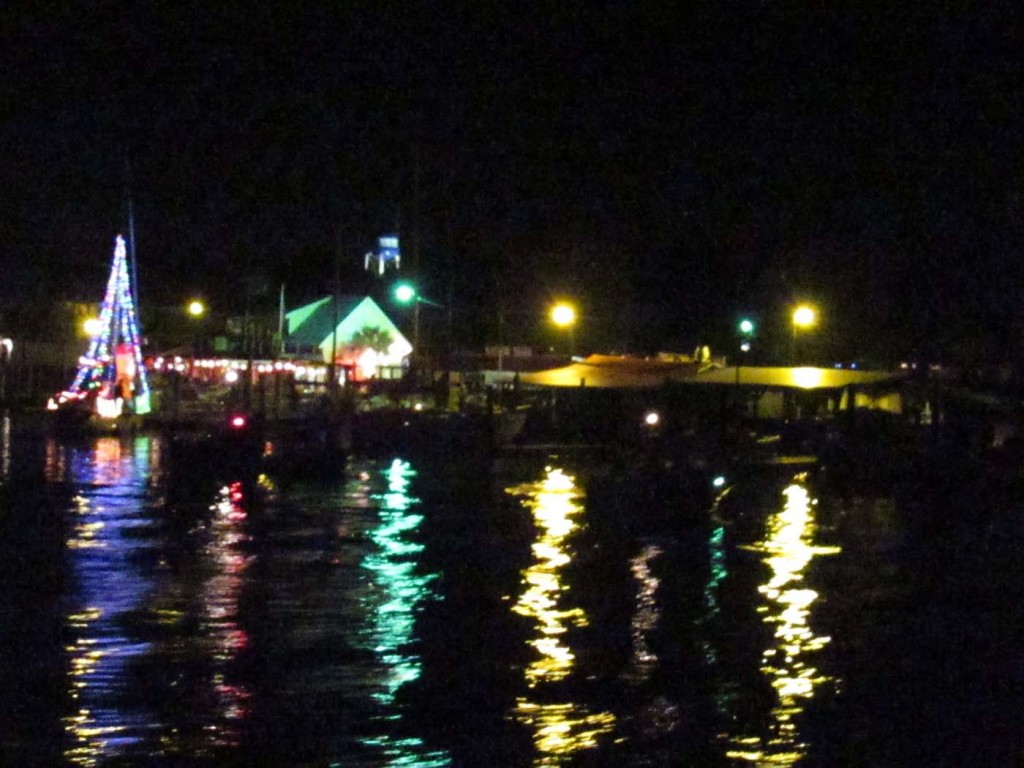 Captain Dave brought Flip Flop back to the temporary slip at Southport Marina at which point Diann and I left to meet up with a friend who had viewed the parade from waterfront park. 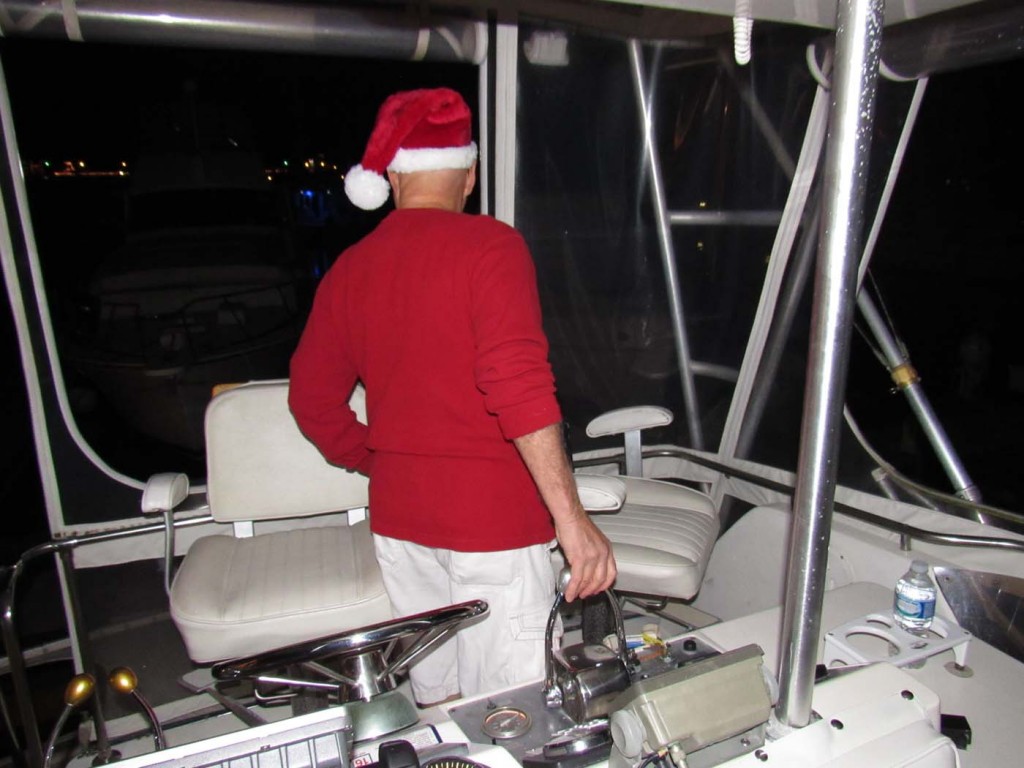 Captain Dave looking back to his slip and adjoining boat 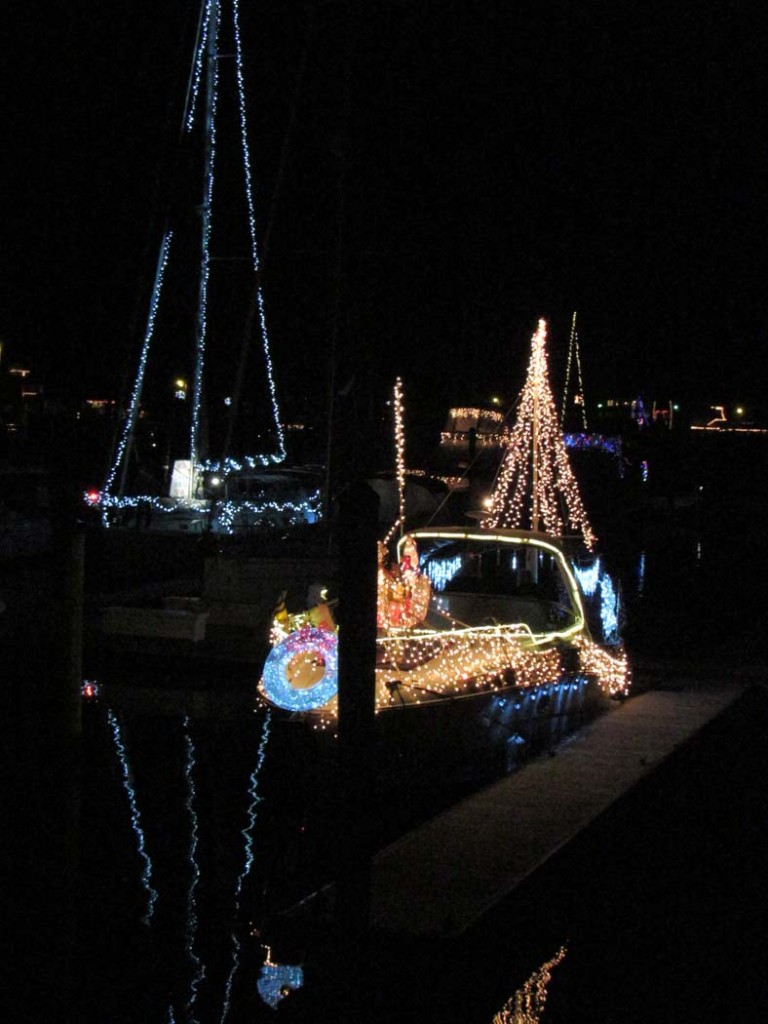 It was a heavily viewed colorful and fun event. Automobile traffic was still working out of town as Diann and I took a side street to the park. Thank goodness we were headed toward where most folks were leaving!

The boat parade is one more example of enjoyable activities for fellow cruisers to enjoy in Southport, NC.

Our evening included having wine and a bowl of chili with some of the parade’s participant at the Old American Fish Company bar. Not to let the evening end too early, we then ventured to the Yacht Basin Eatery to have a light dinner and listen to music. It was getting cool- so Diann had the owner light the radiant heater.  He then offered her a blanket to cover her legs!  In the background you can see one of the parade boats back in its slip. 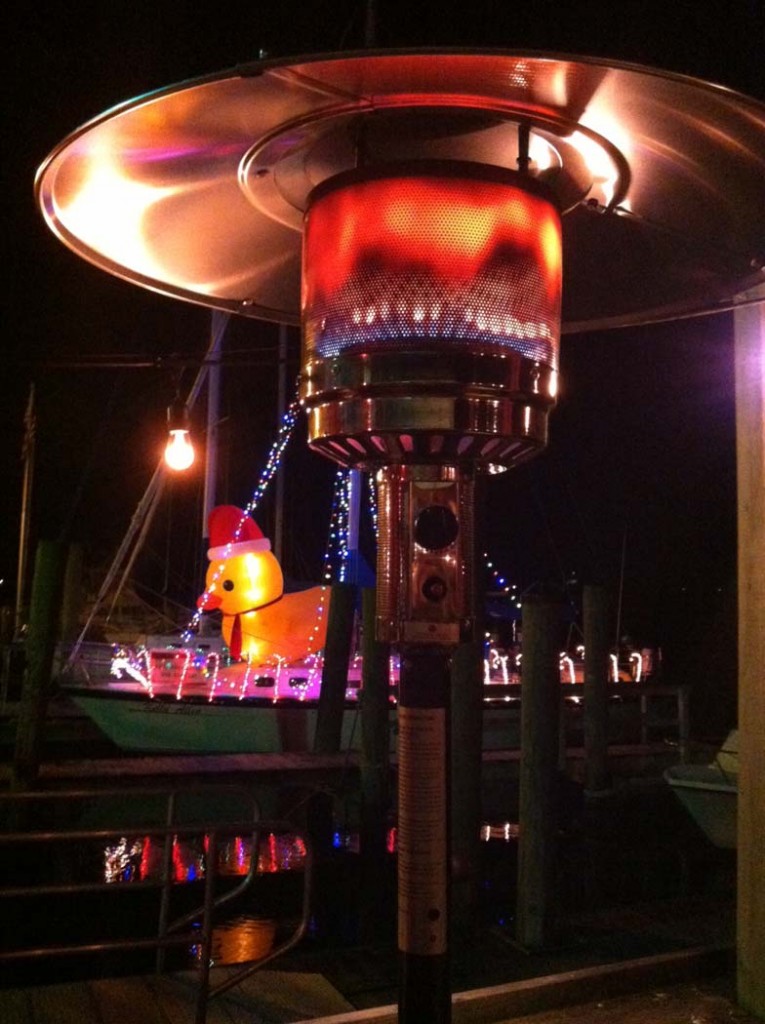 A fun filled day and evening completed, we returned to our catamaran for a good night’s sleep!