Early Tuesday evening is an excuse for New Bern Grand Marina residents, and friends of residents who now live on land, to gather for Taco-Tuesday.    The current venue is “Prohibitions”   where three tacos are just $5 on Tuesday nights.   Draft domestics are $3.   The prices are a value.   Thirty four folks showed up this week. 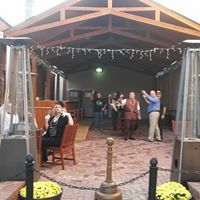 The covered patio is large enough for our crowd

The first and third Wednesday mornings, the New Bern Grand Marina has a breakfast with juice beverage and coffee for marina residents. Participation isn’t on a time limit.    Starting at 8:30AM the boaters wander in and graze.    It’s a nice way to keep acquaintances fresh on your memory. 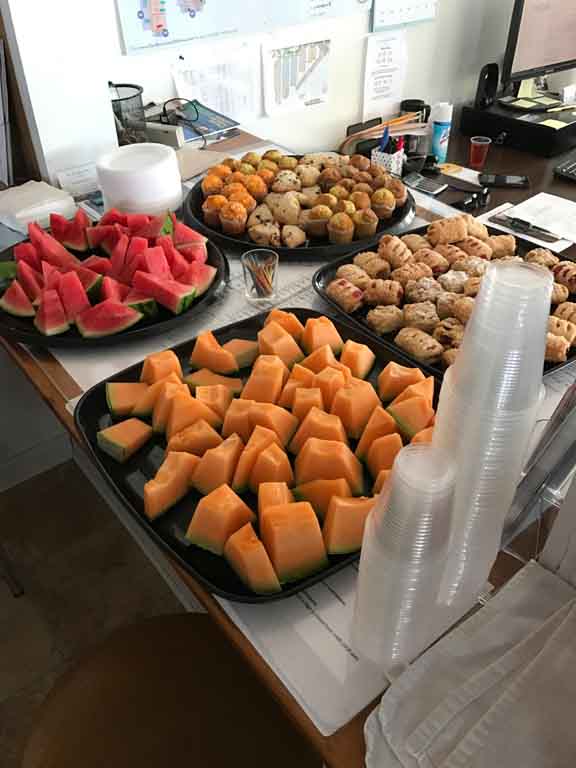 On the first and third Fridays of the month, the marina has an open lunch for boaters with slips.   The social activity is a favorite- it is free lunch you know – and attracts a few folks who don’t attend the Taco Tuesday gathering.
The second Friday’s of the month the Craven Arts organization has their merchant’s “art walk”.    It’s a local’s event which is convenient for those of us living a block away at the marina complex.    Some venues include wine.    Bar venues often have live music.

New Bern Grand Marina and Bridgepoint Marina are in foreground

The story / blog of Yacht A Fun, a Gemini catamaran sailboat, traveling the ICW and east coast with insights to the extended cruising life.  Boat Life