One of the best benefits of extended cruising is the quality of people you encounter. I’m not the only one who feels that way. Boating writer, Fatty Goodlander, commented in one of his Cruising World articles that “it’s the people of the world who continue to inspire me to keep sailing, not the oceans.” 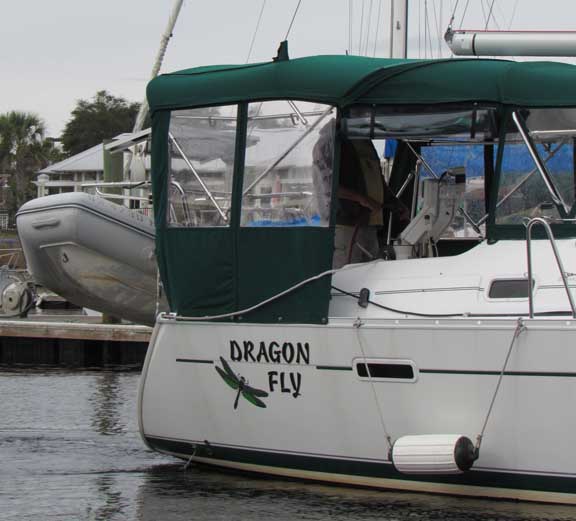 Diann and I are still new enough in our extended cruise that destinations and travel are primary reasons for being on our Gemini sailing catamaran. But I have to admit that we have developed some solid friendships with folks who we may not again cross paths for an extended time. The reality, too, is that some of those wonderful people will transition in such ways as we may only again connect via emails, texts, or blogs. Given enough time, even those methods of contact will become infrequent. And, that’s life.

Bob Okonsky is one of those solid friends met. He and his wife, Elaine, arrived at Deep Point about the same time this summer as we did. Bob’s boat is a 34’ Beneteau that he ordered new and sailed on the Great Lakes as he prepared for his ultimate goal of cruising.

He helped me remove, and reinstall, Yacht a Fun’s generator. We joined others at the marina pool and drank a tad of beer as we cooled off in the peak heat of summer. We played evening chess on my board which has crab baskets for pawns, fishing boats for knights, lighthouses for castles, and fisher people for the other game pieces. An avid player, he taught me a lot.

On December 1st,Bob and Elaine departed Deep Point Marina with their first stop being through Little River Inlet near Myrtle Beach SC. I was almost as excited for them, as they were about again being on the move. 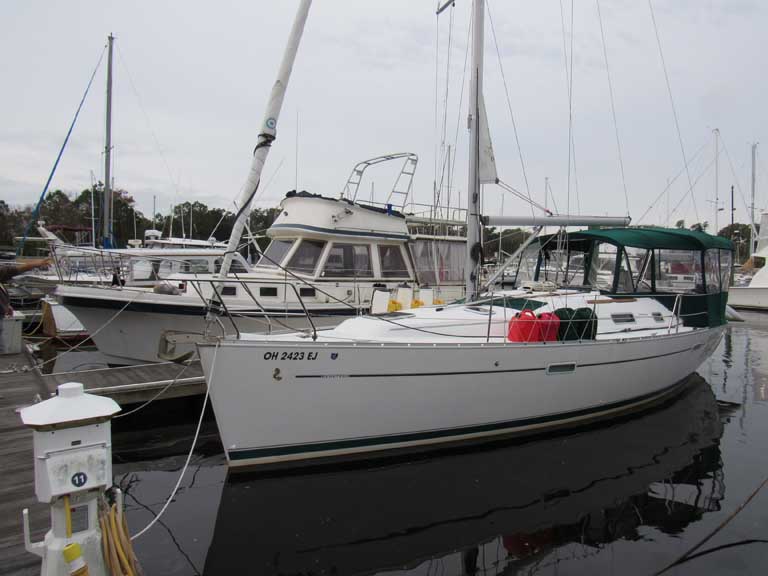 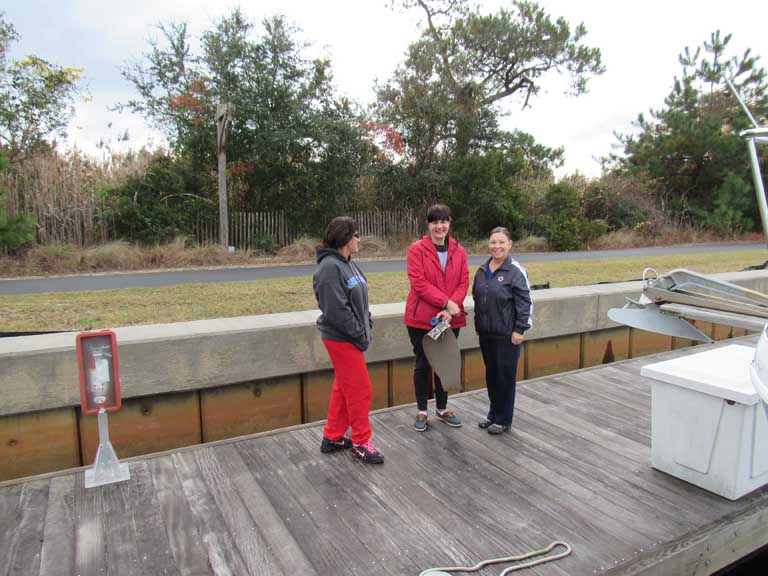 Elaine is in the middle 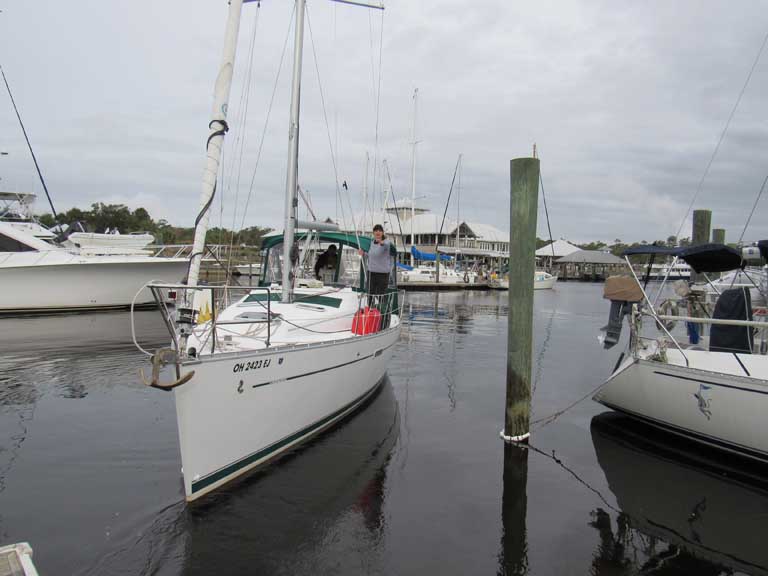 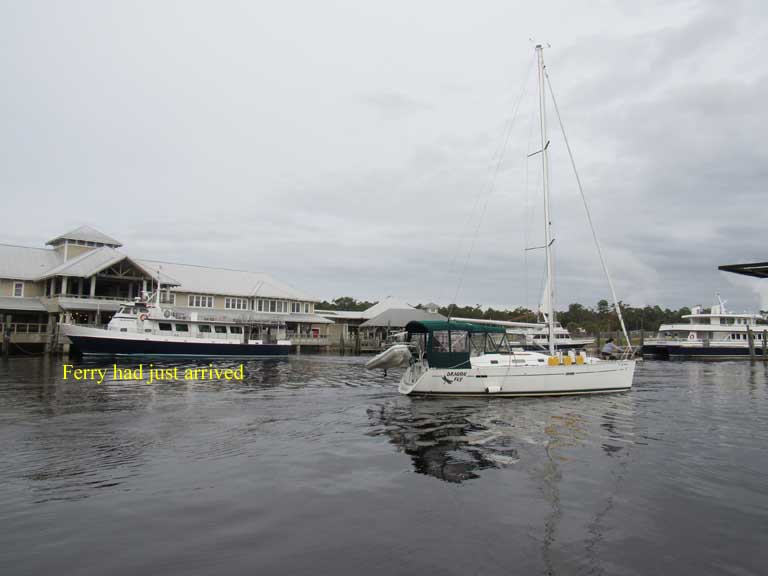 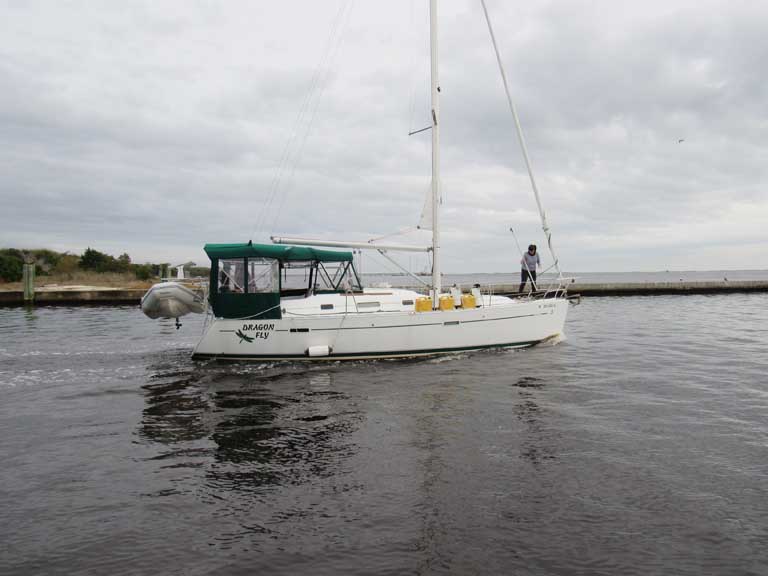 Leaving the bulkheads toward the Cape Fear River 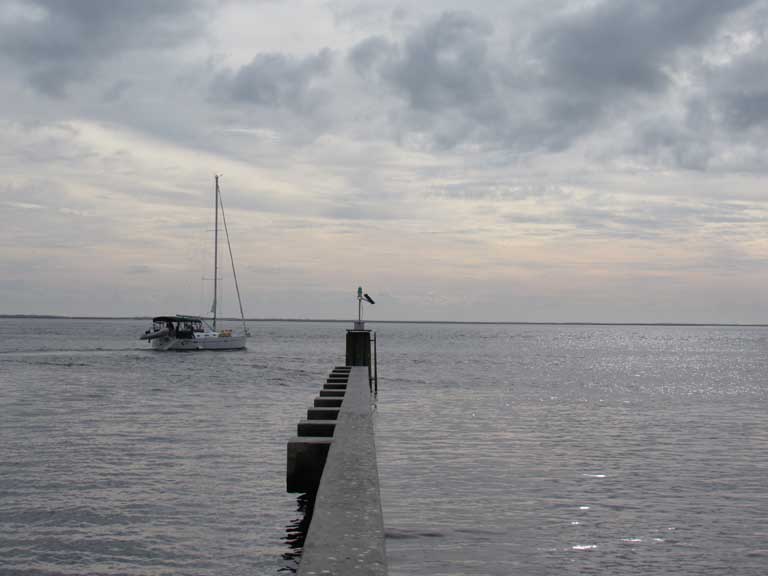 Turning into the Cape Fear River 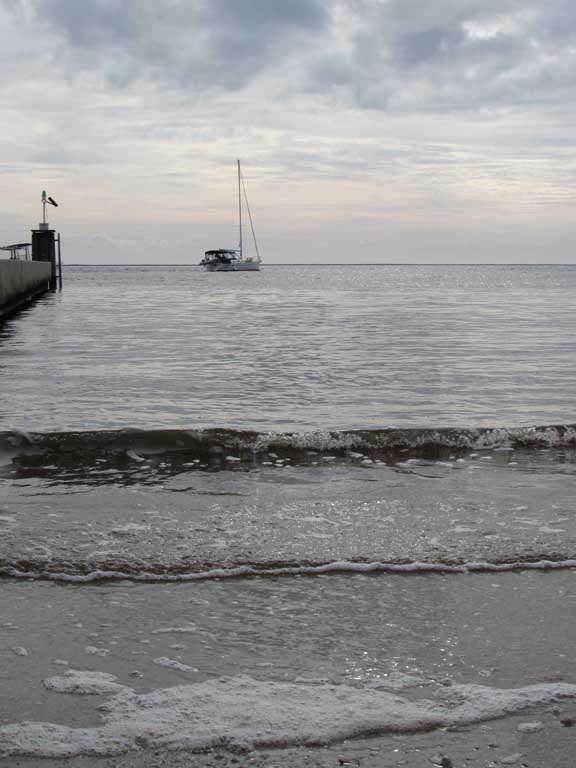