Where to haul one’s boat often has a lot to do with timing.  Yacht A Fun had yielded a not unexpected item- a leaking seal for the drive leg. My “fix” in 2014 had held up fine for a couple of thousand miles.  And there was no oil leak while simply sitting at Southport.  But minor “milkiness” was evident when I inspected the drive leg oil of our Gemini sailing catamaran after the four hour run to Wrightsville Beach. 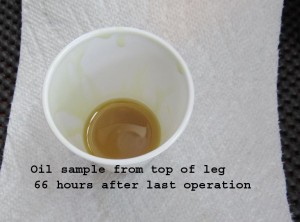 What had been a one-way minor oil ooze had become a water intrusion spot.  Replacing seals in the drive leg was the reason we selected Jarrett Bay marine as our haul out location.  It’s a highly recommended, large, boat yard just out of Beaufort.

After the boat was blocked we saw what our bottom-cleaning-diver had told us about…..a damaged area of the starboard center board.  Our best guess is the damage is from our 5/8” anchor line getting wrapped during a tide change.  (Boards up- always after anchoring from now on.) 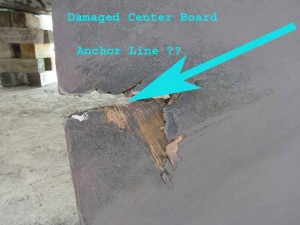 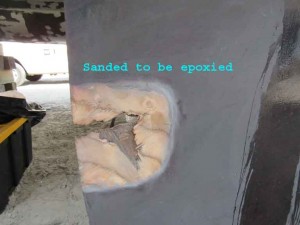 The repair is one I was able to handle with thickened epoxy and glass cloth.

While we’re at it, we decided to modify our bridge deck to minimize wave slaps at anchor.  (More to come on this topic.  It’s a big enough project to be a blog post of its own!)

The bicycles are coming in handy.  It is a bike’s ride distance to the Jarrett Bay showers and rest room.  We can park them under the boat. 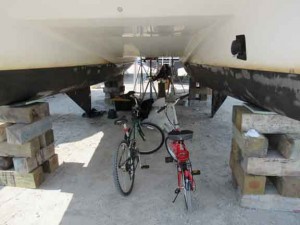 Saturday I wanted to venture to Beaufort to listen to the bands.  How surprised we were to find several. 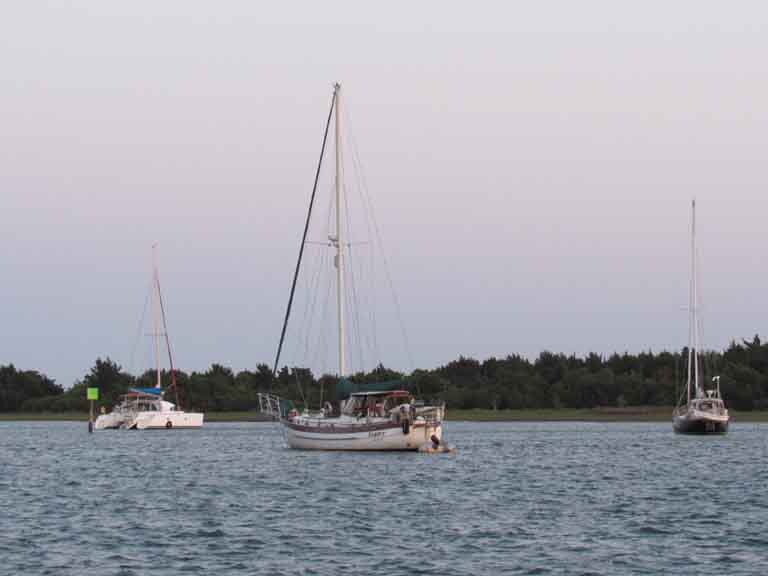 After checking out the most value priced locations for dinner, we decided on the Royal James Cafe.  Well, it’s also a pool hall & bar.  Double cheeseburgers are just $3.50.  Top shelf craft beer drafts are $4.   Dinner was filling- and inexpensive! 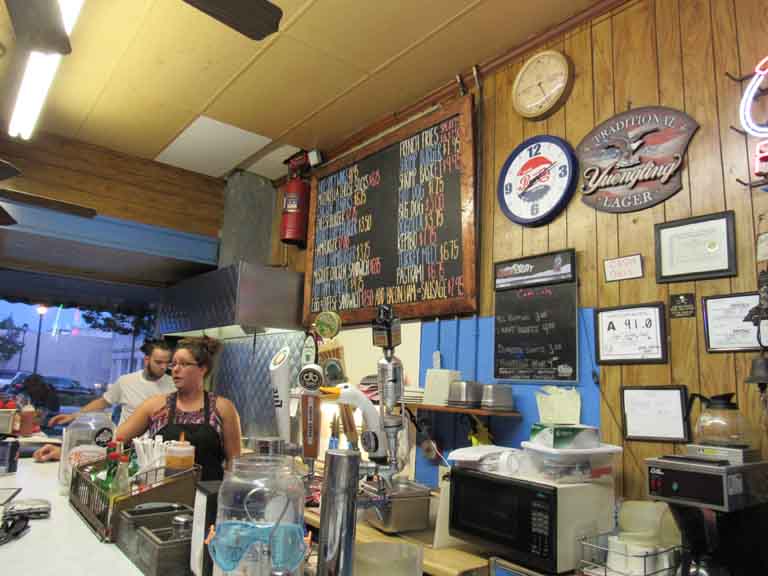 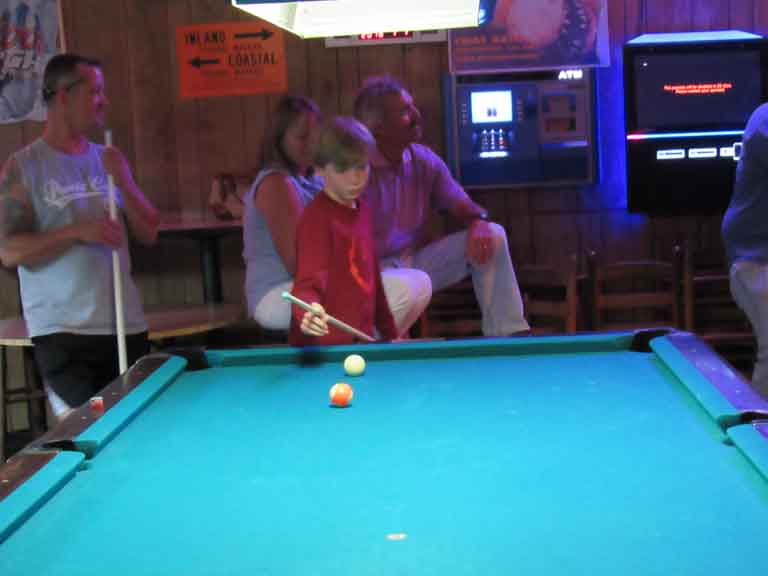 The band wasn’t the best.  But it wasn’t bad either. 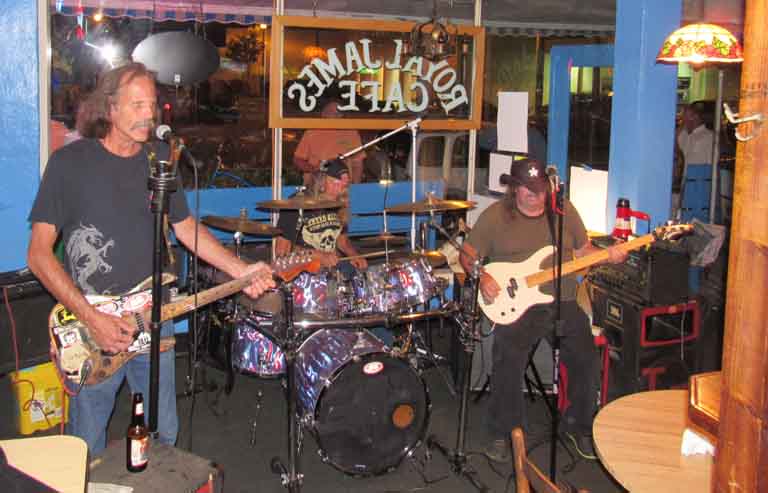 A walk to Back Street Bar resulted in being asked for A $3 COVER CHARGE FOR THEIR BAND.   We could hear the band- and it wasn’t any better than the Royal James !  Back Street is gentrifying.  It isn’t what it was in 1997- but we aren’t either. LoL

So we crossed over the street to the docks and listened to another free band.  It was getting a bit breezy and cool. 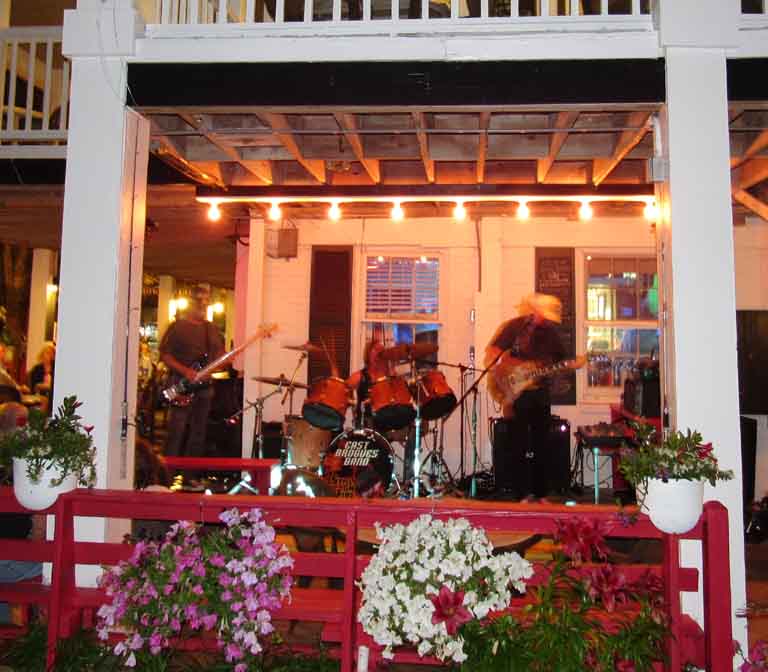 Our car was parked back near the wine shop and I knew there was music there too.  So that was where we ended up spending our greatest amount of music time. 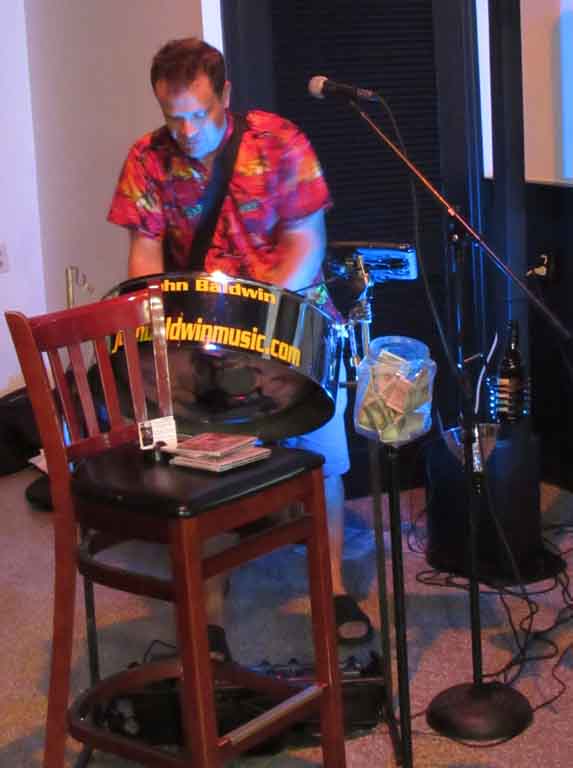 Diann enjoyed wine.  I opted for a pair of Grand Marnier cordials.  The second one had a fresh orange crushed for it.  Actually, just the Grand Marnier is better than the blend.  But, maybe sliced orange pieces may be the thing.  Next time…………………..

The story / blog of Yacht A Fun, a Gemini catamaran sailboat, traveling the ICW and east coast with insights to the extended cruising life. Beaufort NC music