Zoey, our four year old Pomeranian, bounds from the saloon seating, through the ventilation windows, to get on our queen sized bead.

Tonight she peeped back at us as Diann and I were eating dinner. My first photo, taken through the port window caused Zoey to move to the starboard window. She knew I was about to “flash her” again and so she must have squinted. 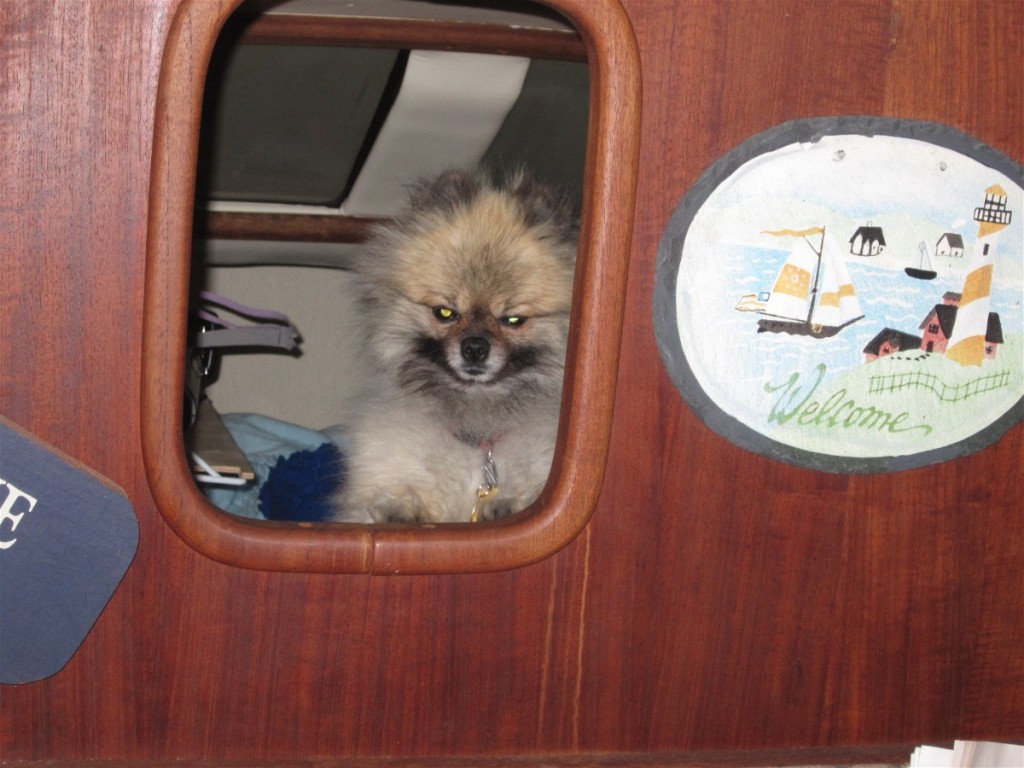 Our efforts today included my return to New Bern for the added bracing for the grill holder fabrication. The solution, of where to place our Magma Catalina grill, ended up being what we had initially considered best. All the attempts to analyze better locations did not improve on the most obvious location. But, we are now confident on our grill location.

Diann continued to work on labor intensive efforts. She used an orange oil product to remove the last of the Hurricane Arthur duct tape residue from our masking of port holes. Duct tape does the job of sealing windows but boy does it leave a mess!

When I returned, the four sets of interior doors were sanded to remove the dark oiling which had been previously applied. All in all, they looked pretty good. Next comes the Teak Oil and polyurethane. We used Teak Oil and poly on both our other sailboat interiors and found the look to be crisp.

Dinner tonight- grilled chicken with a rub of Coriander, Clove, and Red Pepper. As a sauce we melted a bit of butter with the same spices.   The result was far better than two nights ago with an Italian salad dressing as marinade.