I’d just finished posting to the blog when the 1929 Yacht “Belle” rumbled her exhaust across the dock from us at Southport Marina, where our Gemini catamaran Yacht A Fun was hunkered down from the cold . I got up to see what had arrived and was impressed to see a “Humphrey Bogart” style yacht attempting to pull up to the dock. 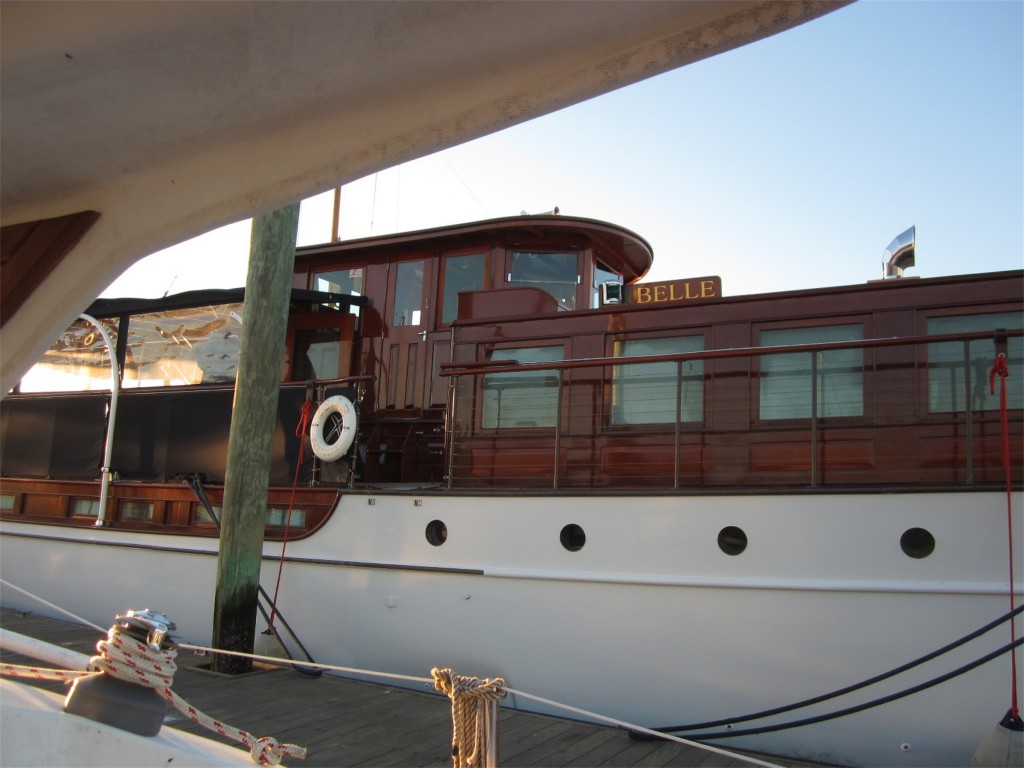 Unfortunately the wind was blowing it off the dock. The Captain used his efforts to bring the boat close to the dock. I went out to catch the lines. The wind was so strong that the mate was unable to get the first throw to me. To aid the problem, I tossed a ½” messenger line to the mate so the much heavier 1+ inch line could then follow back. The technique worked and the Captain was able to push forward and spring the boat to the dock.

Early Saturday morning the boat again rumbled its exhaust. This time to depart for Charleston, SC where it will get prettied up for the Nantucket charters next year- at $25,000 a week.

Belle, working off the dock 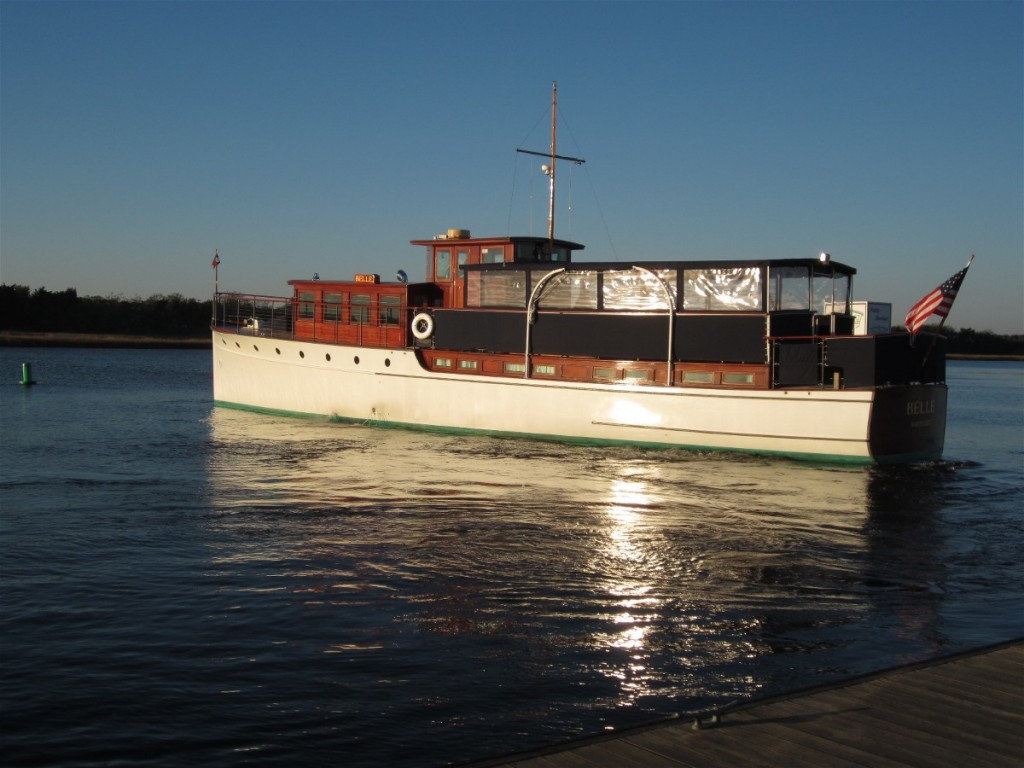