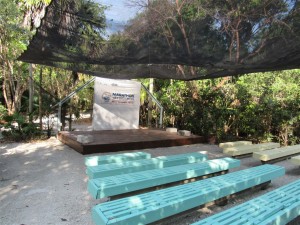 Crane Point exceeded my expectations- both in scale of facility and diversity of content. Yes, I read of the “63 acres” and the information concerning two houses and a museum, yet, I wasn’t prepared for the depth of the experience. 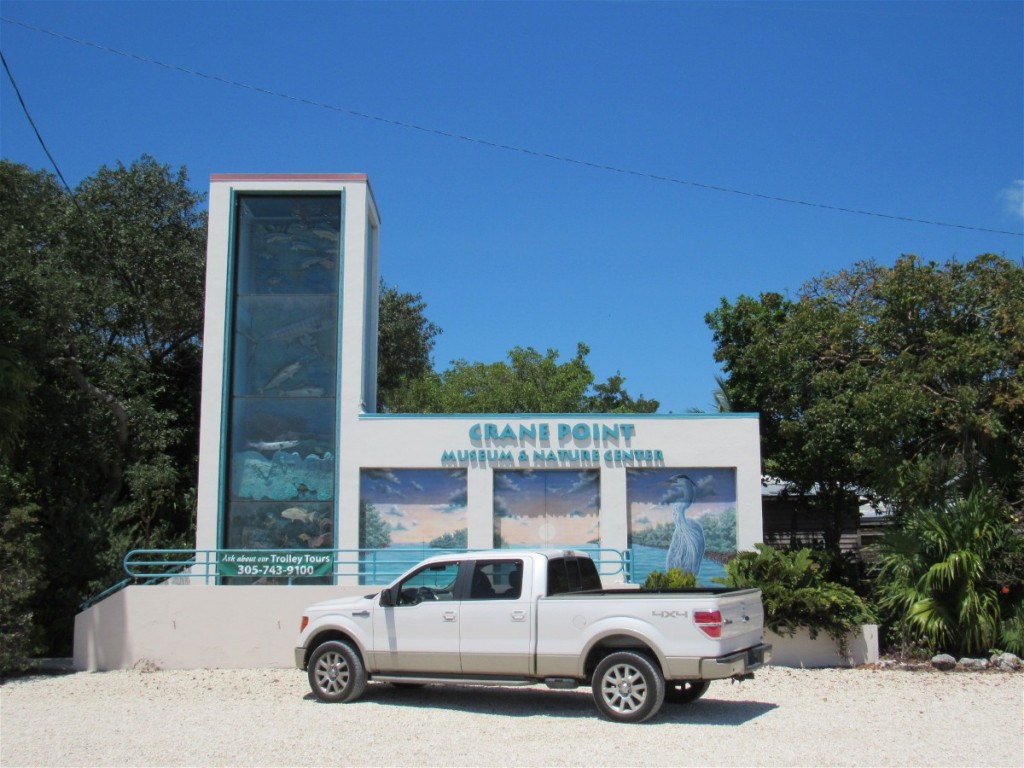 The museum and information center is in a structure which was built by the Cranes to house their native American artifact collection. The tower, seen from the highway, once housed their totem pole. The collection has been moved to Colorado (where native artifacts are more relevant to that local’s tourism interests). 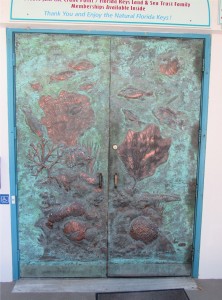 Children can need distraction while parents are intellectually involved. To assist with entertaining kids, there’s a pirate’s galleon mockup just off the audio-visual room which plays an excellent 9 minute review of the property’s amenities. 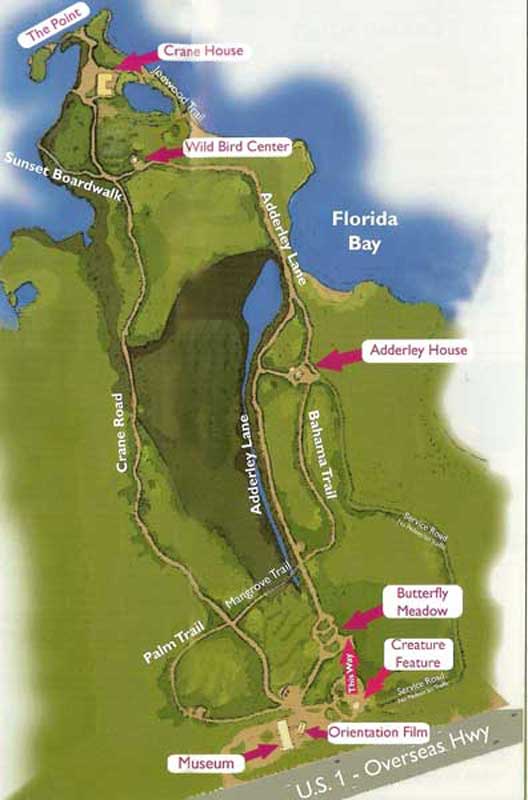 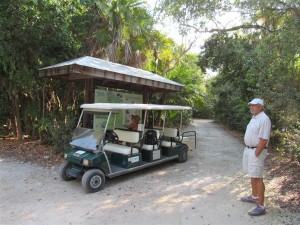 Due to time constraints, we took the guided multi-seat golf cart tour. Russ, our volunteer interpreter was very knowledgeable of the property and had a dry humor which flavored the trip around the grounds.

For visitors who have a full day to devote to the experience, I highly suggest doing so. Walking shoes, binoculars, and a dash of bug repellant aren’t absolutely necessary, but advisable.   A backpack with a stick of French Bread, a wedge of Brie, and a box of white wine will definitely be a part of our next visit when a walking tour will be the goal.

Our guided tour began at the Museum Center. We traveled along Crane Road and stopped to see various plants. Of particular note was the six feet above high tide elevation “ridge” that in part defines where the salt intolerant species of plants are differentiated from the mangrove / salt tolerant varieties. 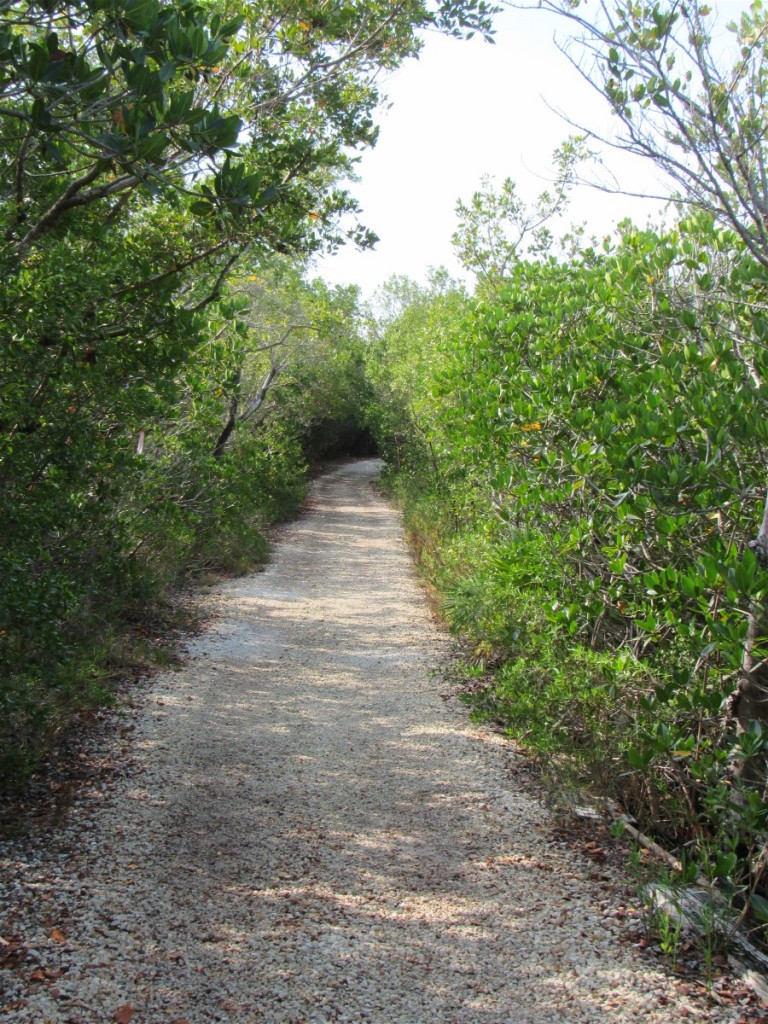 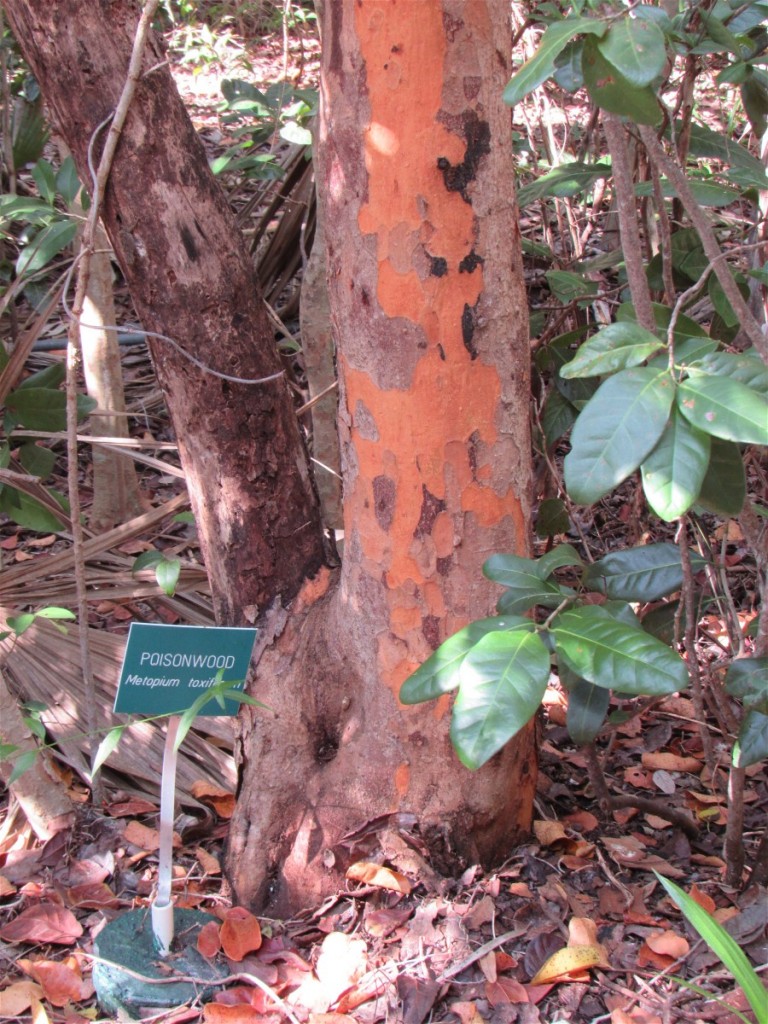 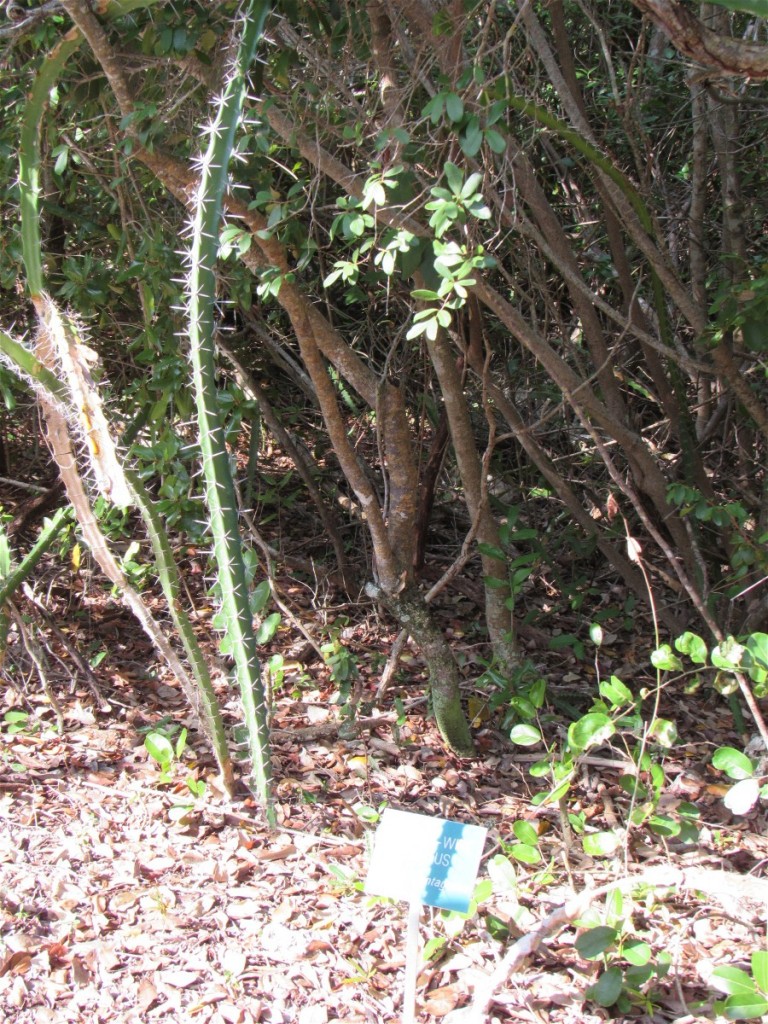 It is a shame that the 1953 Crane house is succumbing to spalling of the concrete and reinforcing steel rod structural elements. Apparently, because of lack of fresh water, concrete was mixed with salt water and poured to incorporate the uncoated steel “re-bar”. I guess the mid-20th Century understanding was that a lack of oxygen would protect the steel re-bar from rust. OOOOOps, the steel re-bar is failing and so too is surrounding concrete. 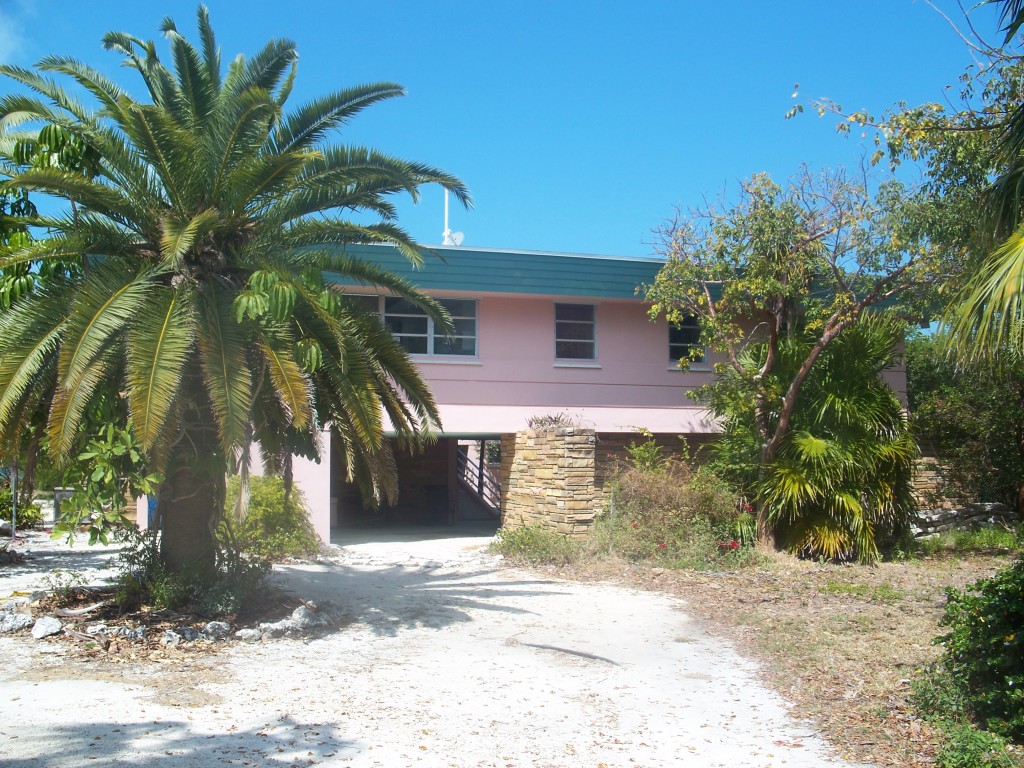 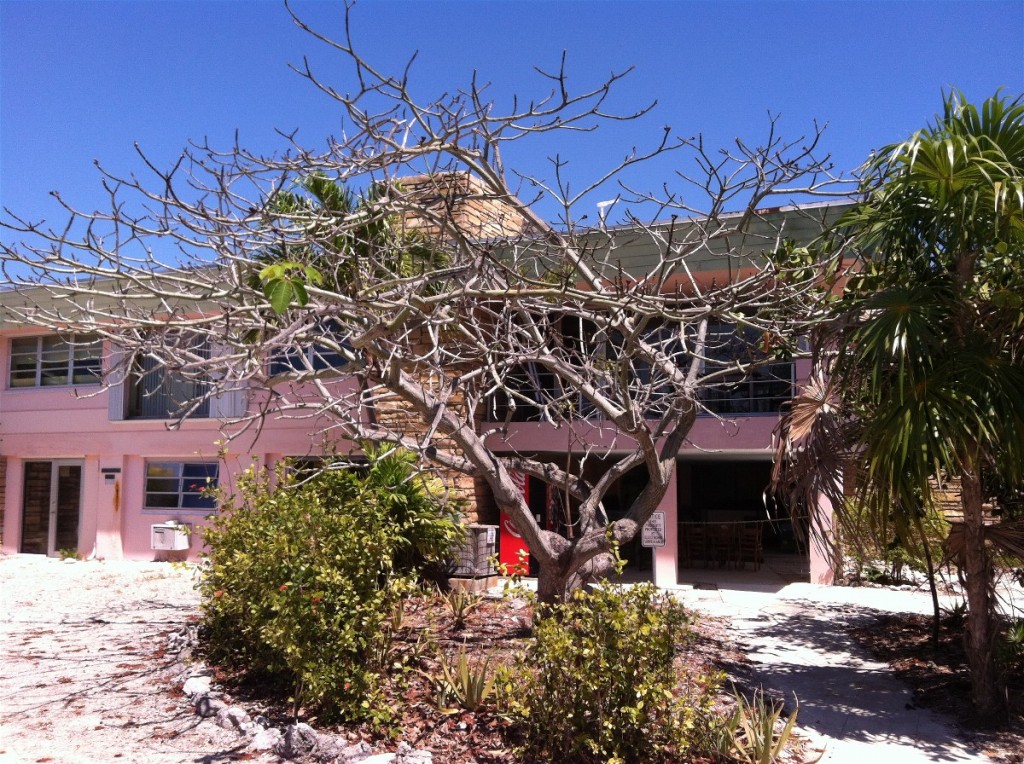 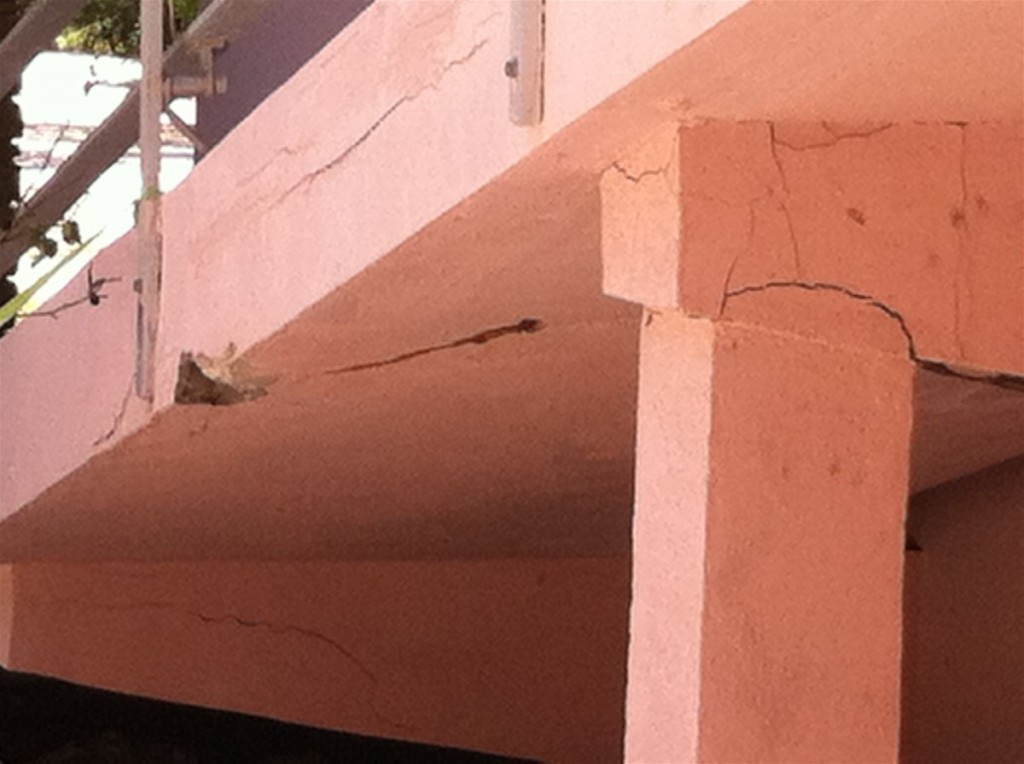 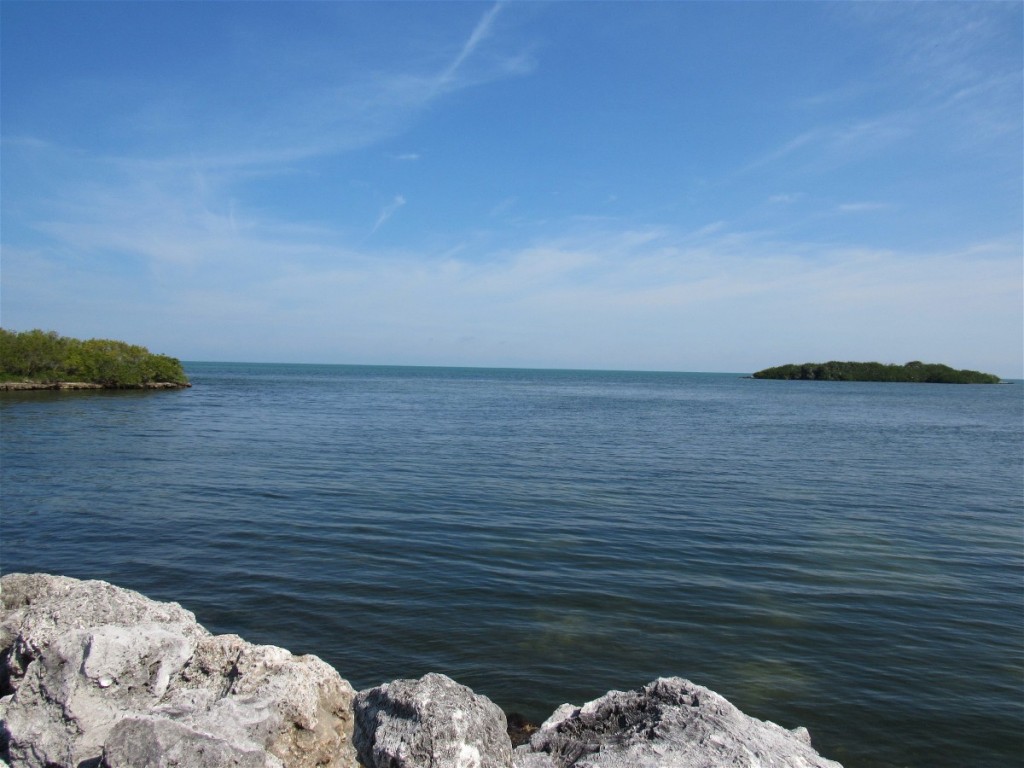 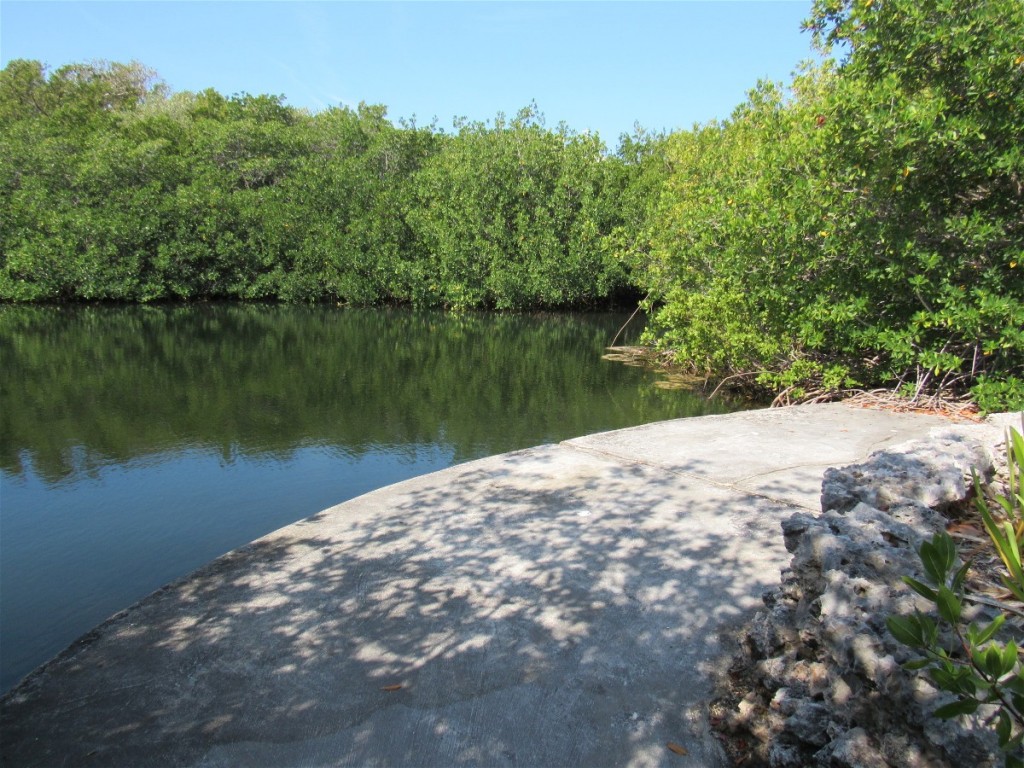 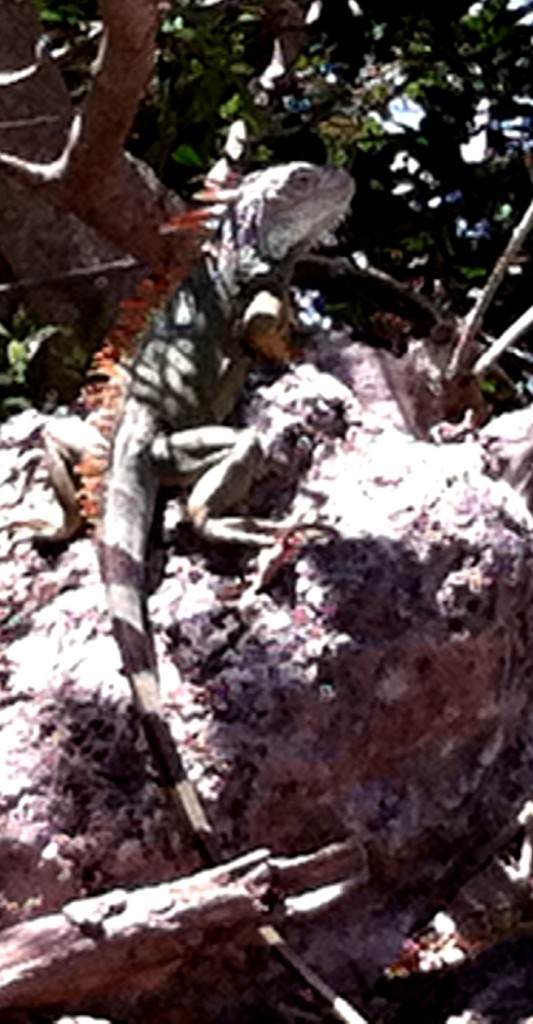 Iguana image taken in the side yard of the house

Francis and Mary Crane joined the main Key with their residence’s smaller island via culverts and fill dirt. Due to failed culverts and fill, the property is now merged. According to the information officer at the Museum, a project is currently underway, managed by Coastal Resources Group, Inc., to restore and re-establish tidal flow through Rachel Creek which runs through the Crane Point property.  A historically specific dock will be built near the Adderley House and future plans include a living history experience at the Adderley House.

As the single lane loop road leaves the Crane House and the Wild Bird Center it becomes Adderley Lane.  Ospreys have a nest beside the road. 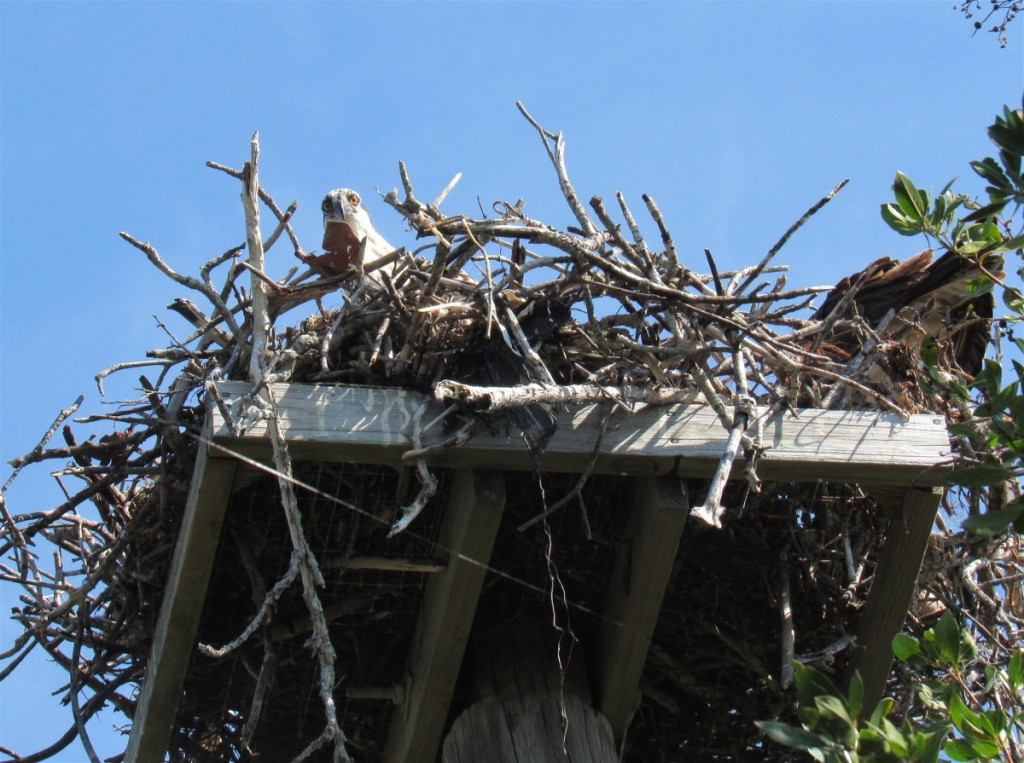 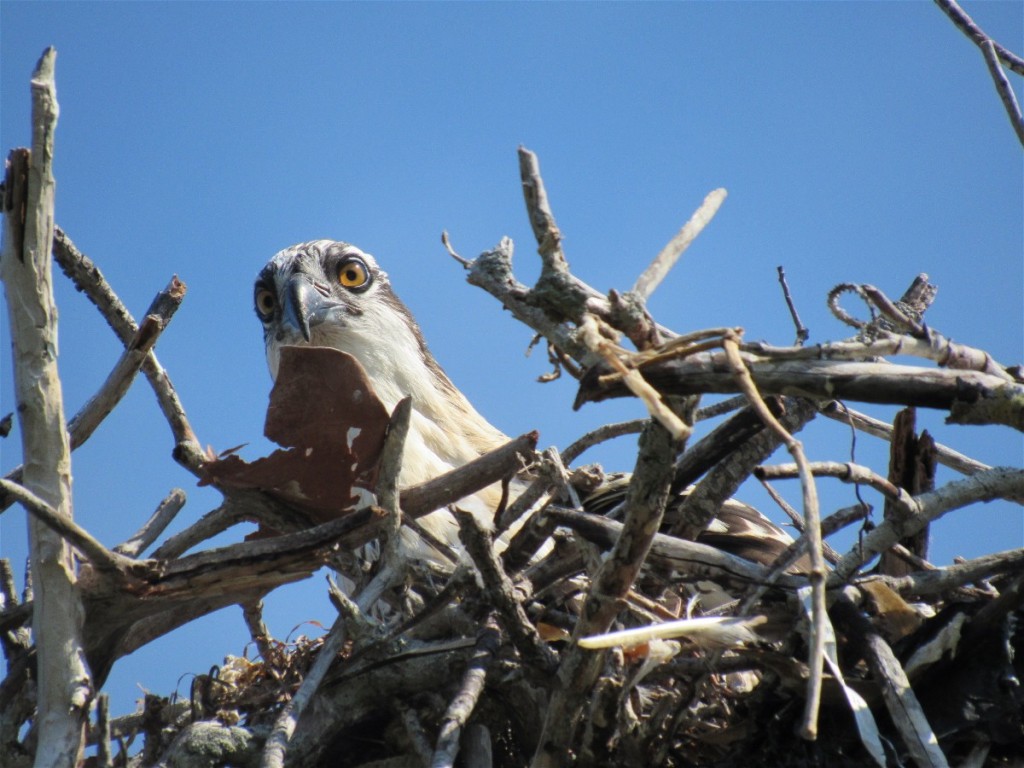 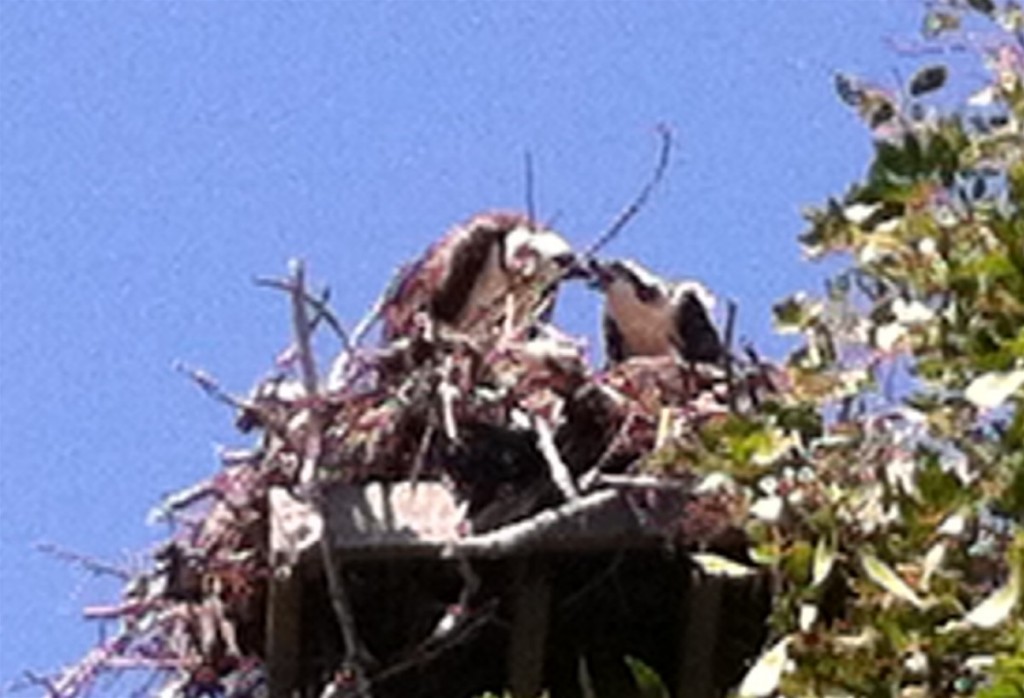 About half way back to the Museum is the home the Adderleys built in 1903 . George and Olivia Adderley came from the Bahamas to Marathon before there was a road, before there was a railroad, and for the most part, before other families in large numbers, took the island as a home.

The Adderlys built a house of tabby (crushed sea shells are burned to create lime which is added, with water, to sand and typically unburned shells). It is the oldest house in the Keys, outside of Key West. Simple in form, the structure was designed to facilitate the cross breezes of the island. Interior walls do not rise to the ceiling. Windows are across the structure from each other. 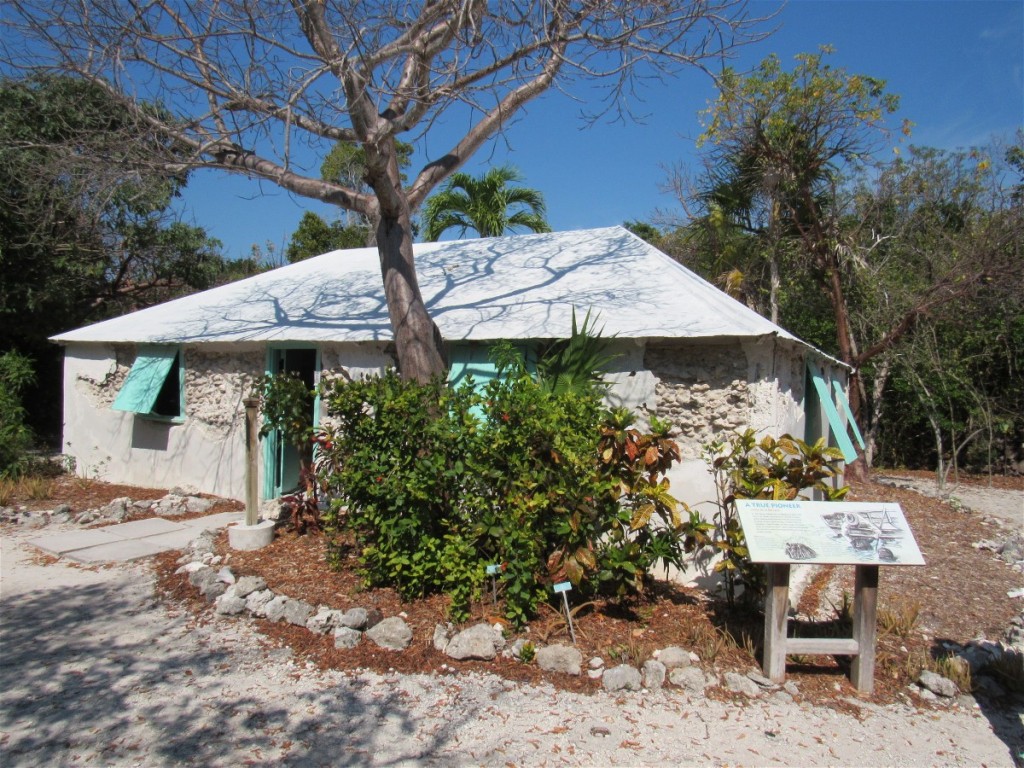 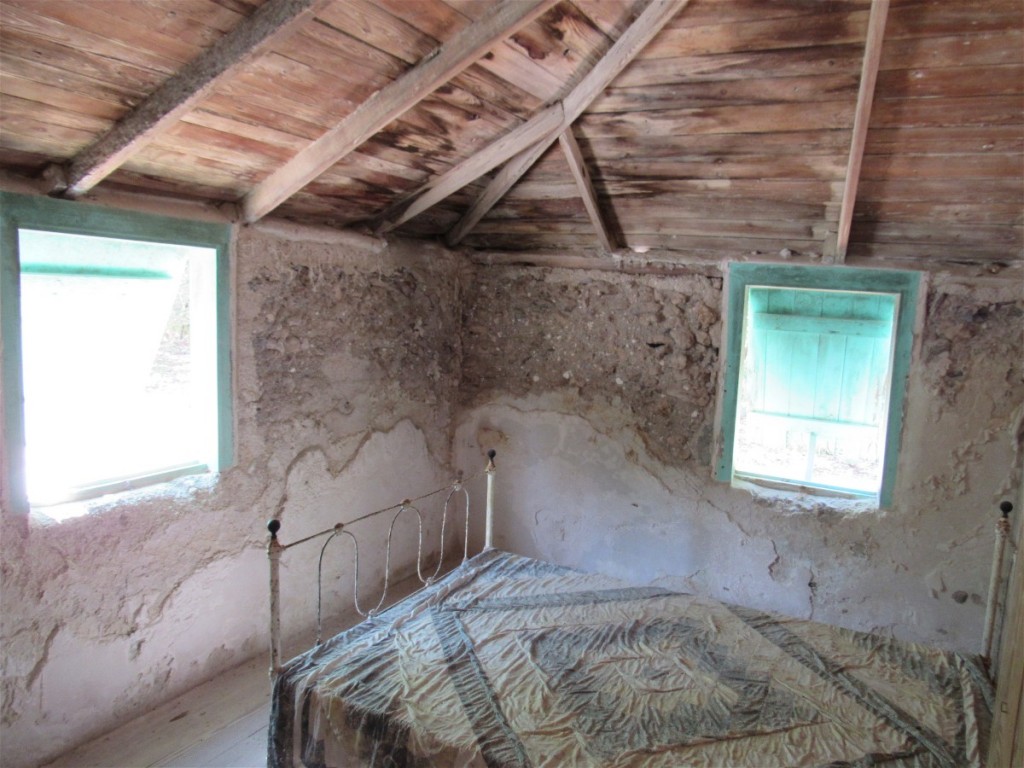 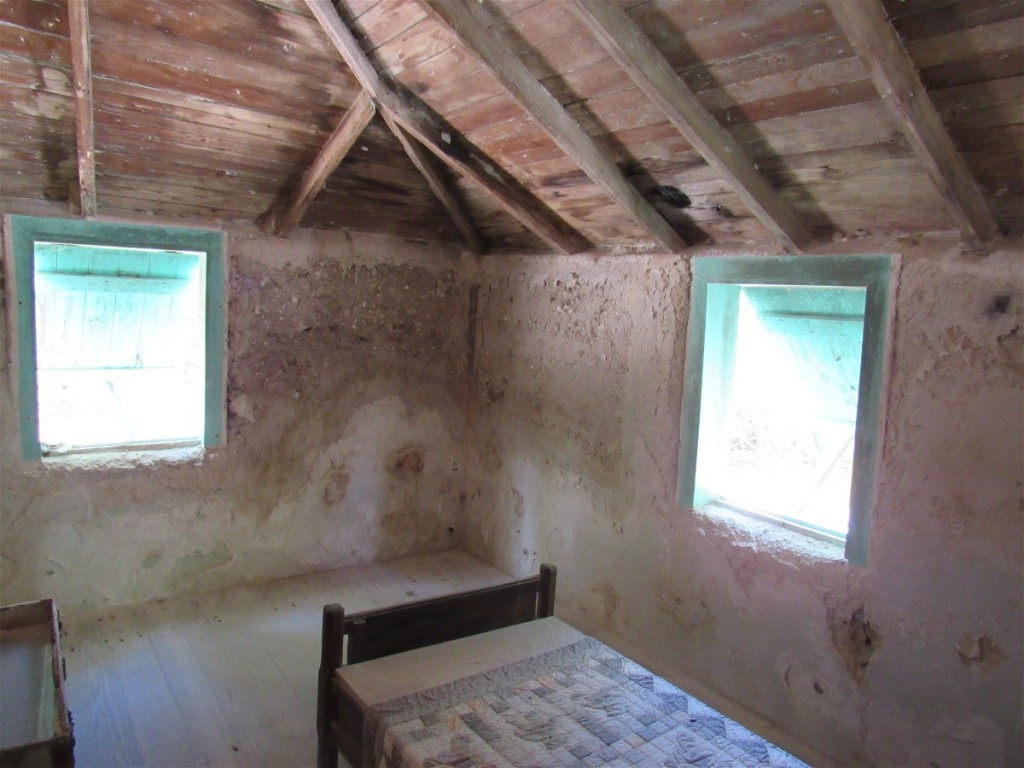 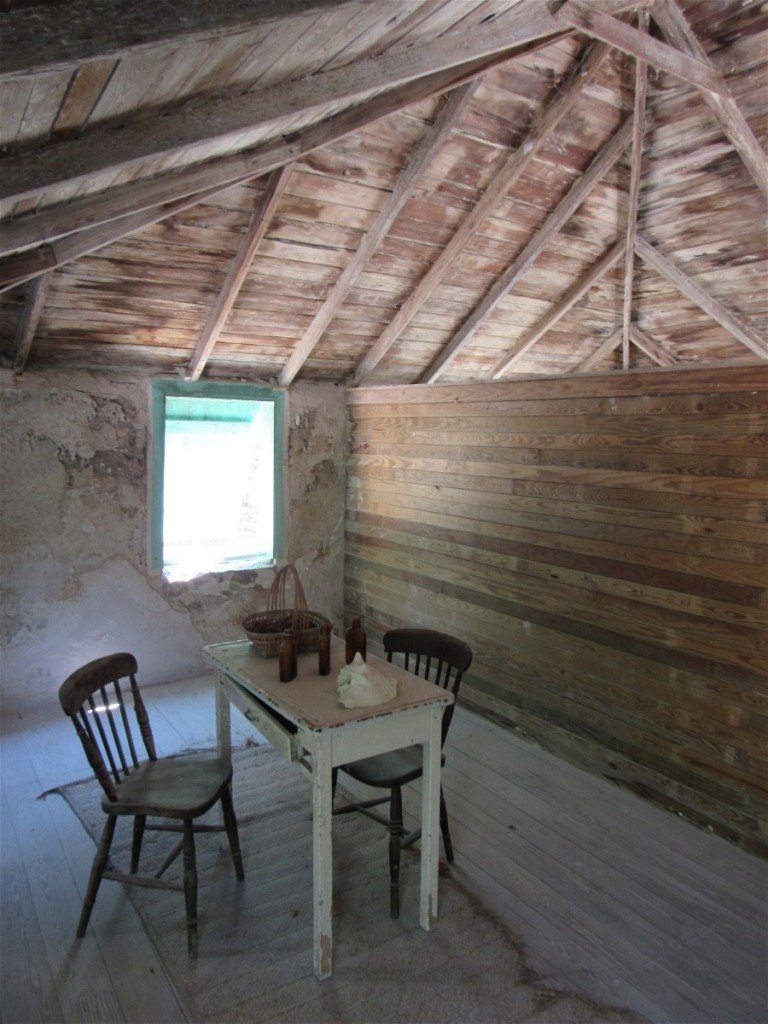 Both from a heat, and a fire safety measure, the home’s kitchen was in a separate structure. 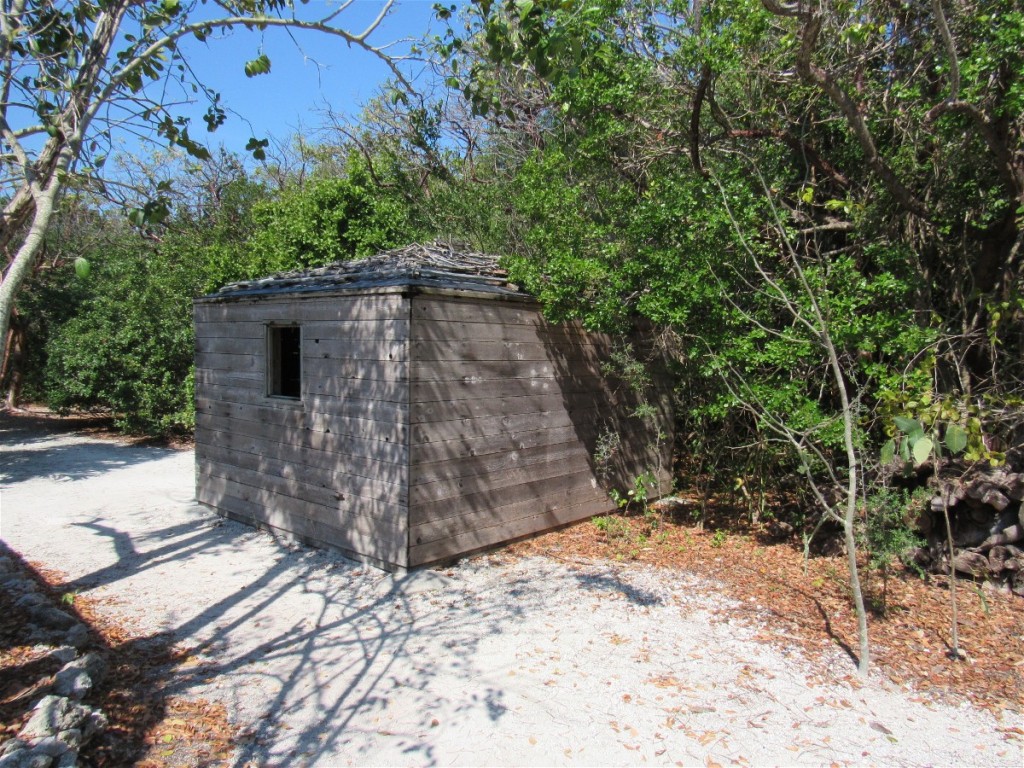 The stove’s base evolved (around the 1930’s) to a table height large concrete block topped with a pair of rail road tracks. Charcoal was burned under iron pots and skillets- supported by the steel rails. The existing kitchen, however, is pretty much a rebuilt example. 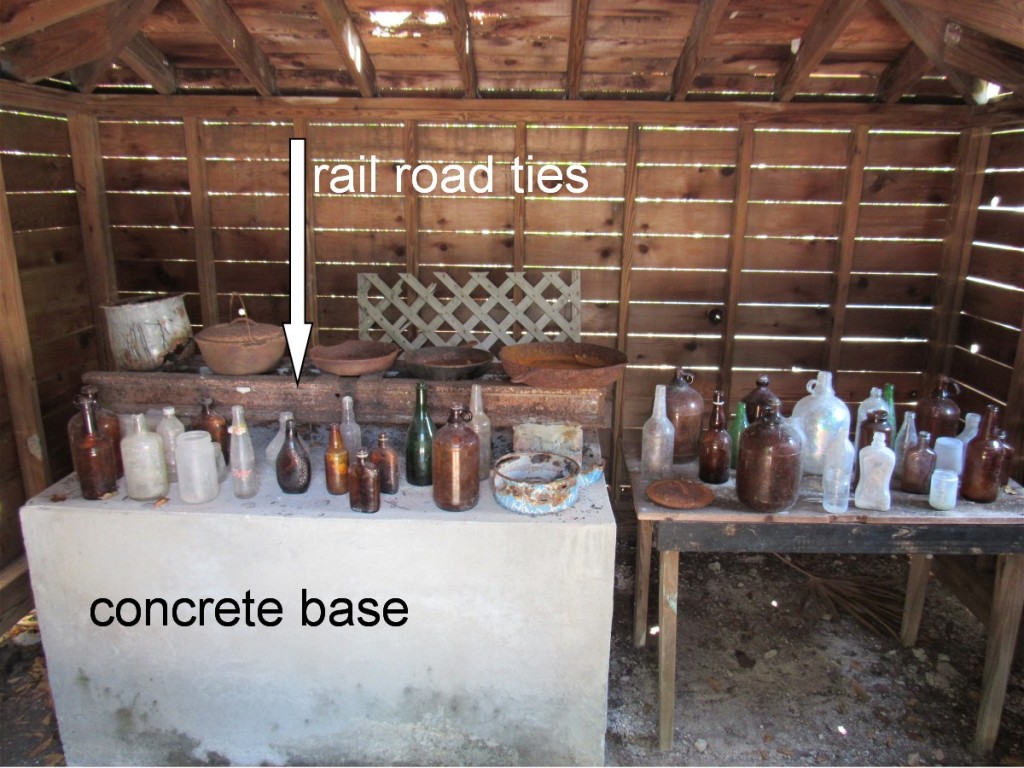 on the site. The number of birds injured by fishing line and lures is amazing. Some 16,000 birds have been rescued by the organization since 1994. 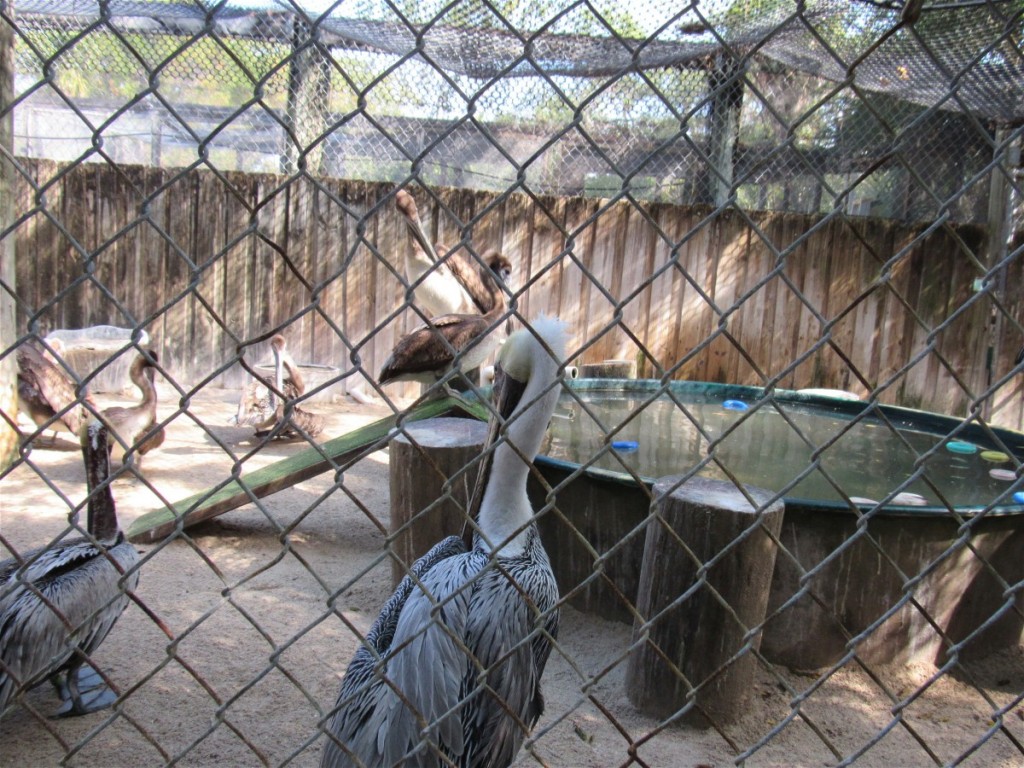 Fishing Line is the biggest issue for injured birds

Many opportunities to enjoy the facility are found on the various trails. 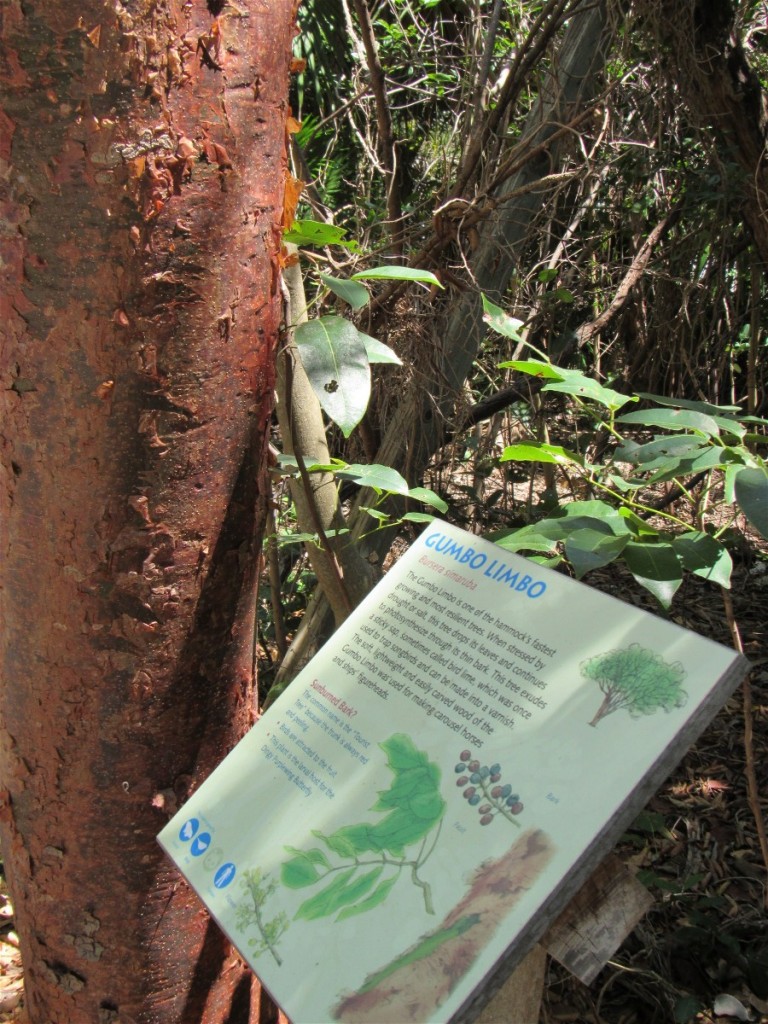 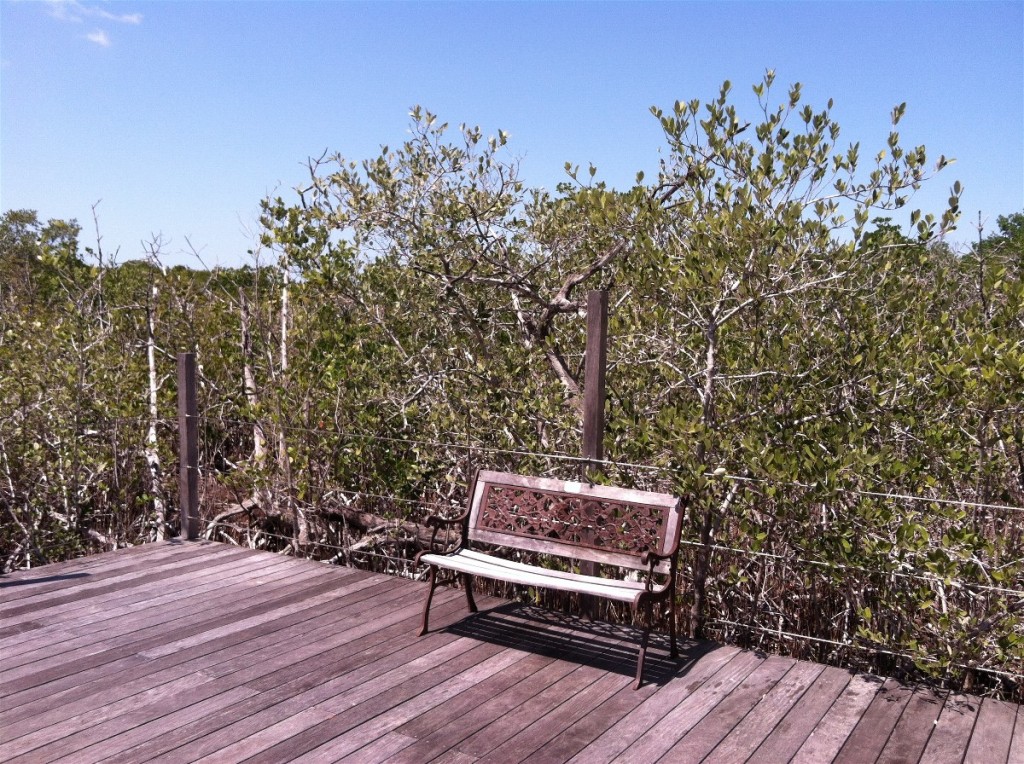 There is a large picnic area in the courtyard at the Museum / Gift Shop. If you plan a picnic and/or have kids in tow, I’d recommend saving the “cracker house” as the last stop. The example structure is close to the courtyard, which is in turn close to the gift shop rest rooms.

In addition to guided, and walking, tours- you can experience a kayak tour on Saturdays.

*** Having missed a couple of needed photos, I returned to Crane Point and, for some 2 and a half hours, walked around on my own. It was during that time that I obtained the Osprey feeding image, and those of the iguana and spider.

Of particular value, though was the absolute peace of walking alone. And it was during one of those moments of reflection that I came to a small side trail, off Adderley Lane, which leads to the bay. Sea grass had been blown in, but wasn’t yet rotting and fragrant. The wavelets were breaking into the coral and making plopping gurgles. The bay seemed to say, “welcome, stay a while, don’t hurry on.” But I was on task and had more of Crane Point to see. 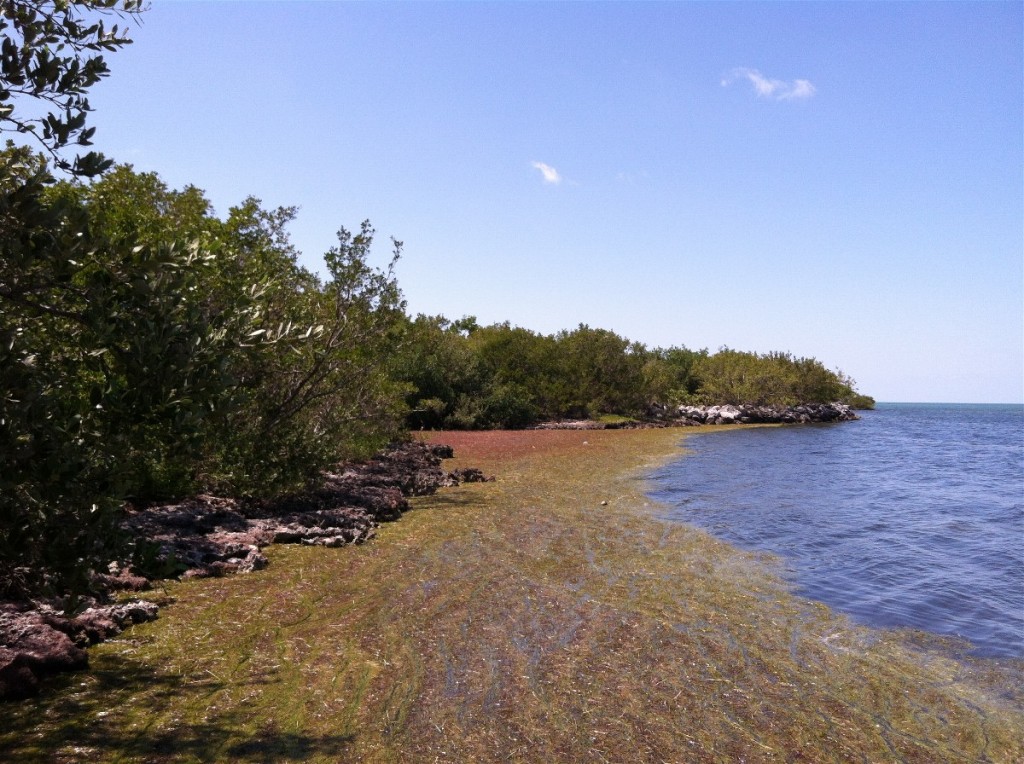