When we anchored our Gemini catamaran last night, another couple of boats pulled in and dropped hooks, too.

Today when Yacht A Fun arrived at Vero Beach City Marina, we were followed in by a couple from Maine. We had passed them, on the ICW, each day for the last three days. They being slower would head out early each day and arrive later at our destination. I say “our” since they were one of the boats at the anchorage last night and now at Vero Beach at the same set of moorings as us.  When moored, one needs a dock for the dinghy.  Here’s just a few of the dinghies tied up this afternoon.

Just a few of the dinghies at Vero Beach Ciry Marina- and the bus stops at the dinghy dock, too.

When the free City Bus came to the marina bus stop, Al and Betty from the sailboat Summer Semester, got on, as did the couple from Maine. Al and Betty have been at the same overnight locations, as us, on numerous evenings- including at Halifax River Yacht Club.

To top off seeing folks at many of the same locations- Don Scales and his wife called to ask us to come by for sundown drinks. They are moored about 75 yards away. Don and I first met when we worked on our boats at Deaton’s in Oriental back in October.

How nice it is to develop such friendships in the course of traveling.

The Vero Beach City Marina and Mooring Field is one of the most popular ICW boating stops. This is due to a number of factors- very friendly staff; a bus system which is geared to take visiting boaters to places important to them; a beach that’s close by; and temperate weather.

Return bus stop is in front of Publix food store

As a matter of fact, the bus stops in front of West Marine. Granted the store is at a very large shopping complex. The City got it right, however. Often the most critical boater need is a marine supply store that is accessible. 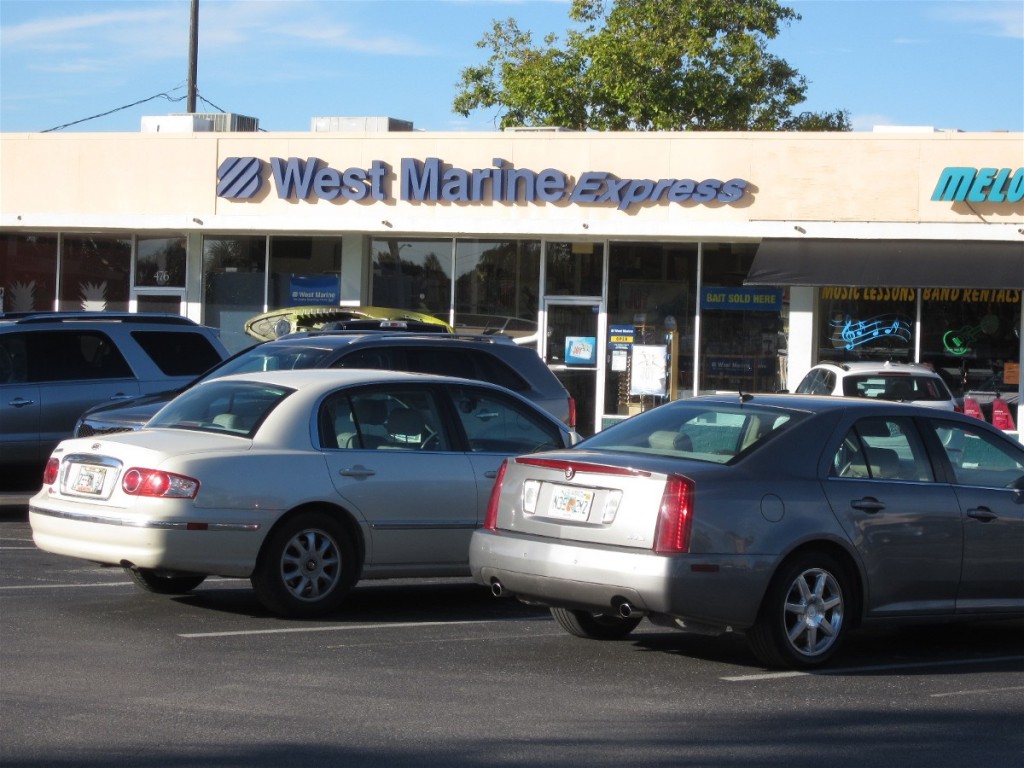