When Diann and I attended one of retired meteorologist Hank Pomeranz’s seminars on safe passage from Southport to Savannah, I was attentive to his warning of weather when crossing Winyah Bay at Georgetown SC.   Hank owns www.CarolinaYachtCare.com in Southport NCThank goodness we attended his talk. 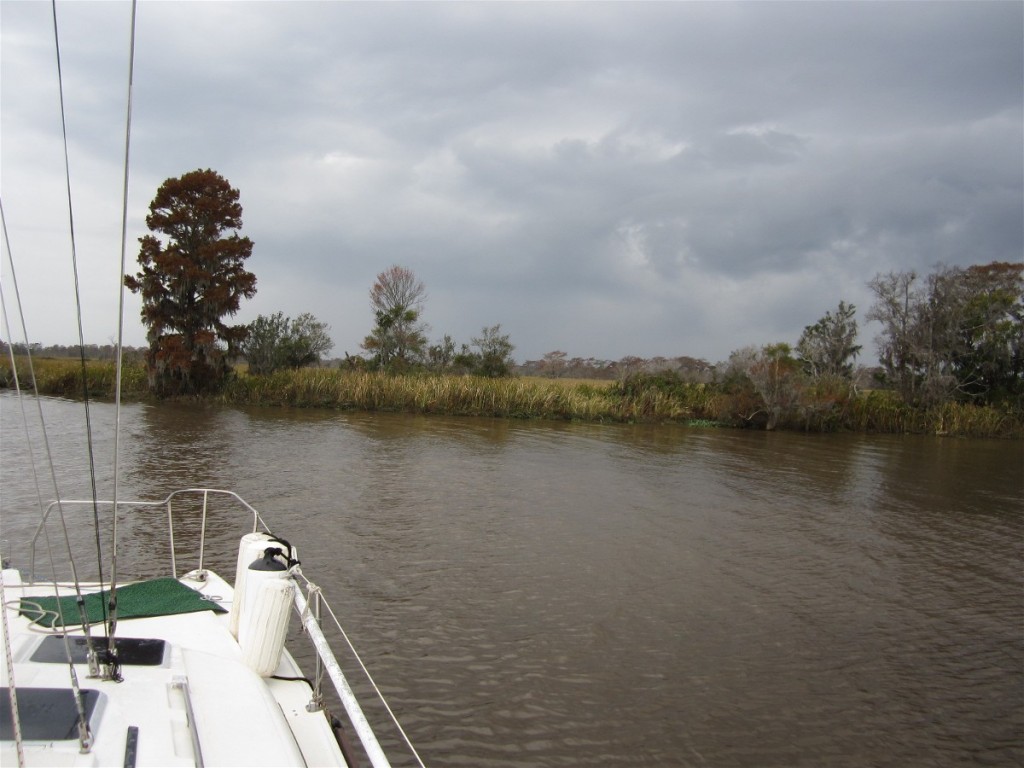 The essence of his information about the Bay is that one needs to plan to cross it to minimize wind opposing tidal flow (current).

My review of tides and wind began Friday in preparation for getting to Georgetown and crossing down the Bay to the continuance of the ICW “ditch”.

At 1 AM this morning I was awakened at our anchorage at Bull Creek and so got up and researched some more. I thought I had it down. But I only based my wind information on what was then the latest Weather Underground forecast.

I should have listened to the NOAA radio broadcast as well. Weather Underground was off by 50% !!!!!!

Diann and I arrived at Green marker 83 and found things to be as planned. I expected a moderate chop of water and a wind around 15 with gusts to 22. That lasted until we popped around the island at Green marker 85. Then it got progressively worse.

We slugged it out for about 3 ½ miles toward the high rise bridge at Georgetown. We had called in reservations at Georgetown Landing Marina. We had to call again and cancel Monday night.

The wind kept building as we approached the bridge. The wind was continuously at 25 and the gusts easily topped 30 mph. Waves were building to 4 four foot swells with white caps. To keep from pounding the bow into the oncoming waves, I had to throttle back to 2,000 rpms. The wind gusts caused steerage to become unresponsive so I had to power back up to 2,400 to 2,600 rpms to overcome the wind. Too much engine power caused the boat to hammer the oncoming waves. So I was faced with having the throttle in my left hand and steering wheel in my right.

Water was bursting over the bow deck of our Gemini catamaran and spraying on the windshield. Visability was available only by looking from the side- without protection from the hard dodger.

Steerage was not good, the bow was jumping upward four feet and better, and the current would only worsen at the narrow area at the upcoming bridge- I decided to turn around and take the easy rhythmic ride on the swells-   back to the comfort of the island’s protection.

Meanwhile Diann reviewed the Waterway Guide and found an anchorage just north of the island. 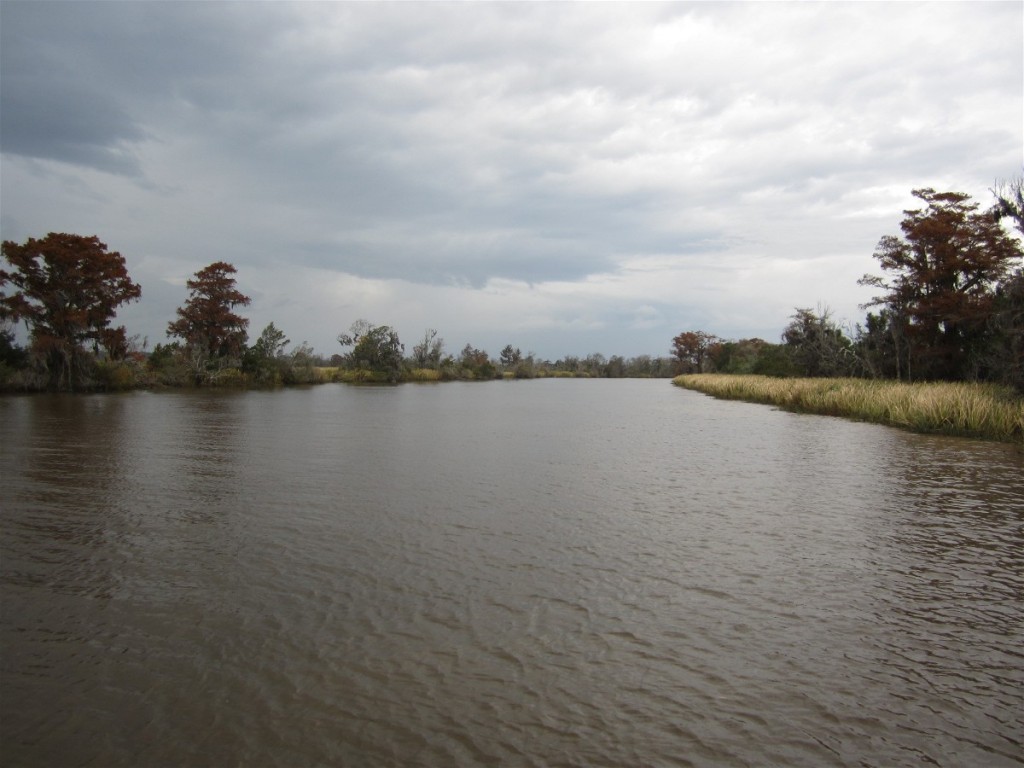 Howl e lu yah for a 35 pound anchor with 20 feet of 3/8ths inch chain ! We eased into the narrow little creek / anchorage and put the engine in neutral. As the forward speed slowed, I lowered the anchor and it immediately plowed into the mud. When I cleated the anchor line and tugged on it to see if the anchor was skipping on the bottom- what I got was a tug back and powerful snap down to the deck. I knew we would be good for a while.

But- since the anchorage is narrow, I can’t lay out a 5 to one scope ( or better if I could). The only way to mitigate the lack of scope was to set up a kellet system of weighting the anchor line lower than the water level. That Diann and I did with two anchors weighing some fifty pounds. Only the highest of winds caused the kellet to come up to the water’s surface as the anchor line became strained tight. 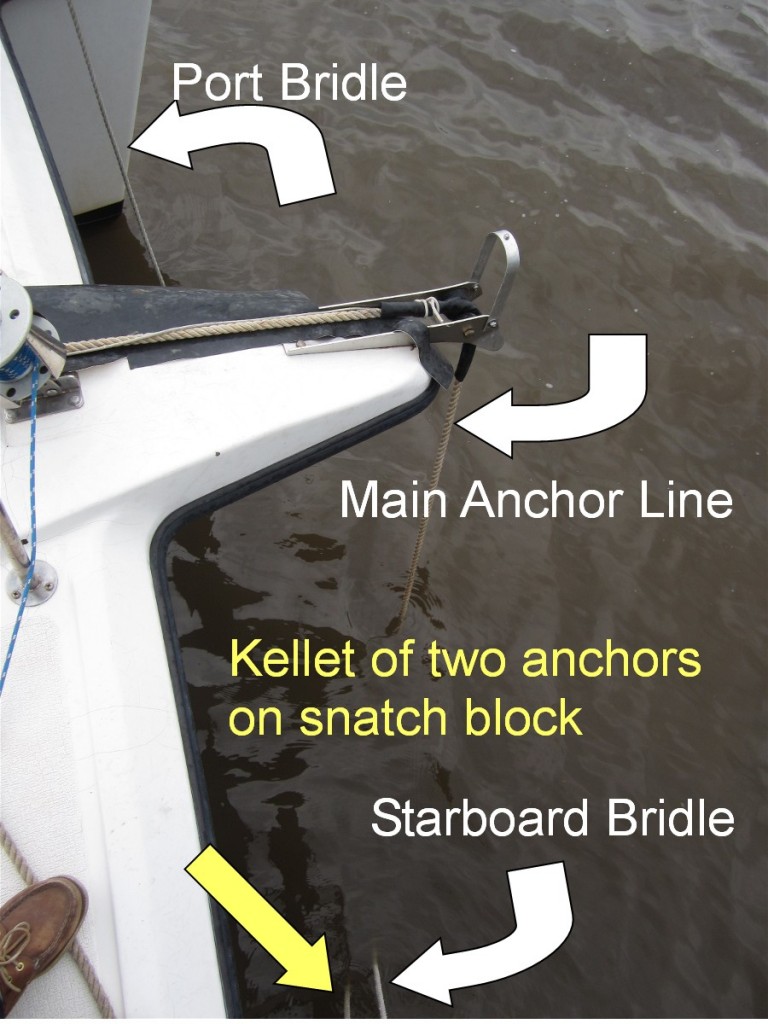 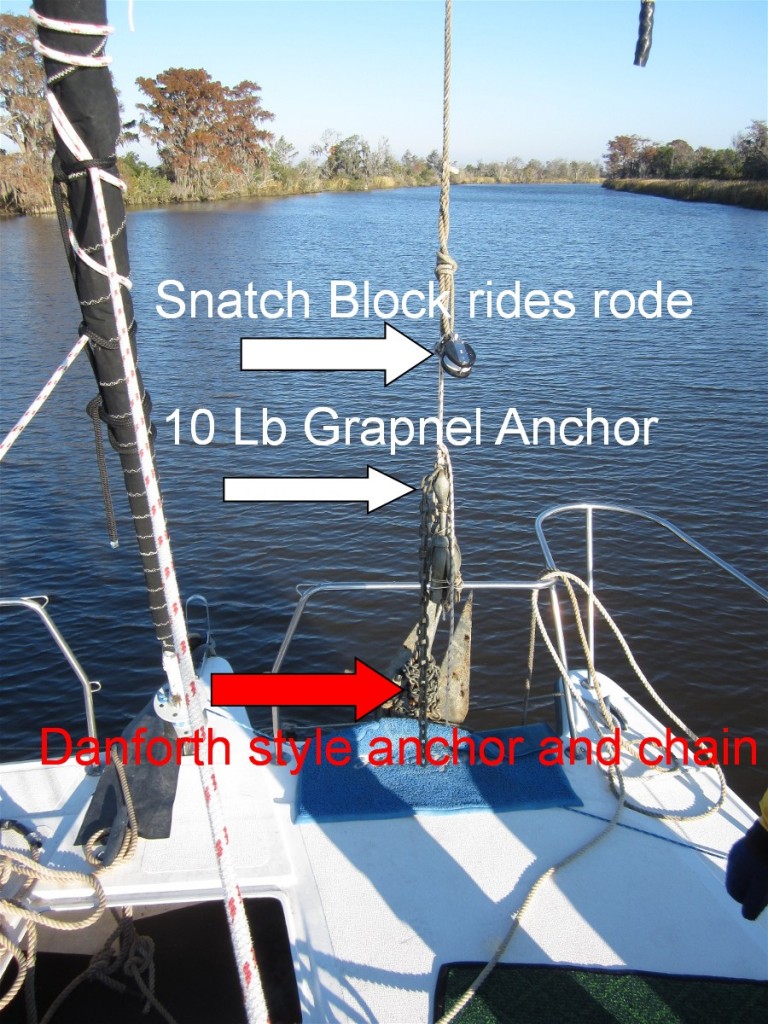 We’ve been here for three hours and haven’t moved other than swinging with current and wind. 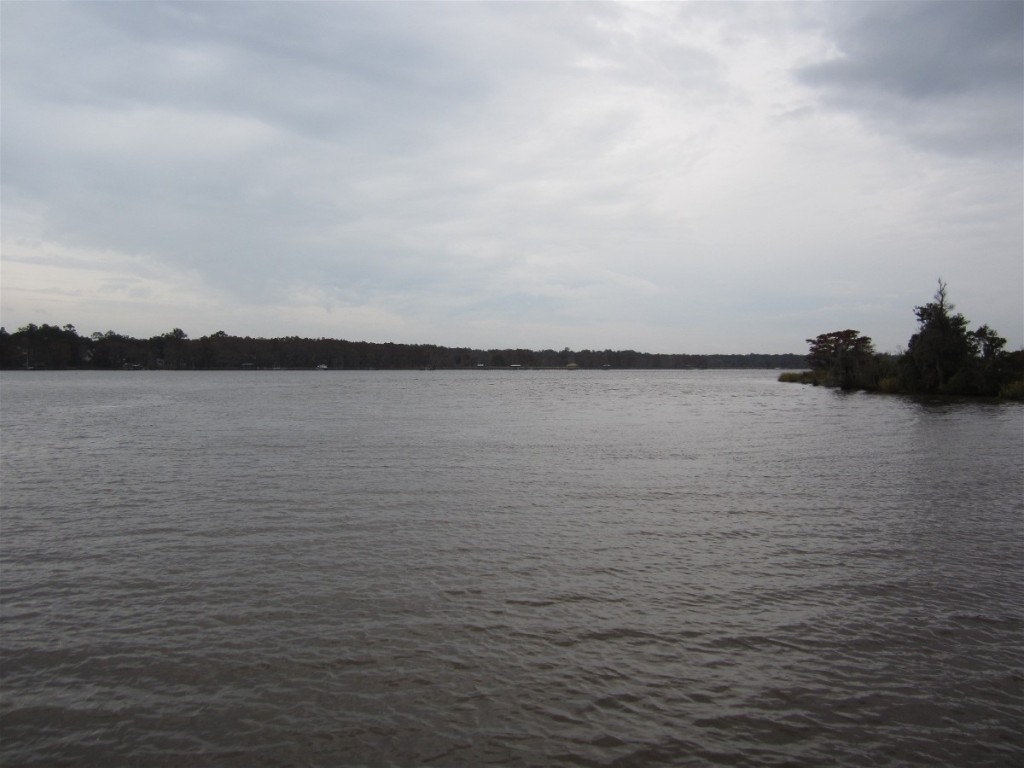 View looking south across the creek to the ICW. Little wind at 4PM 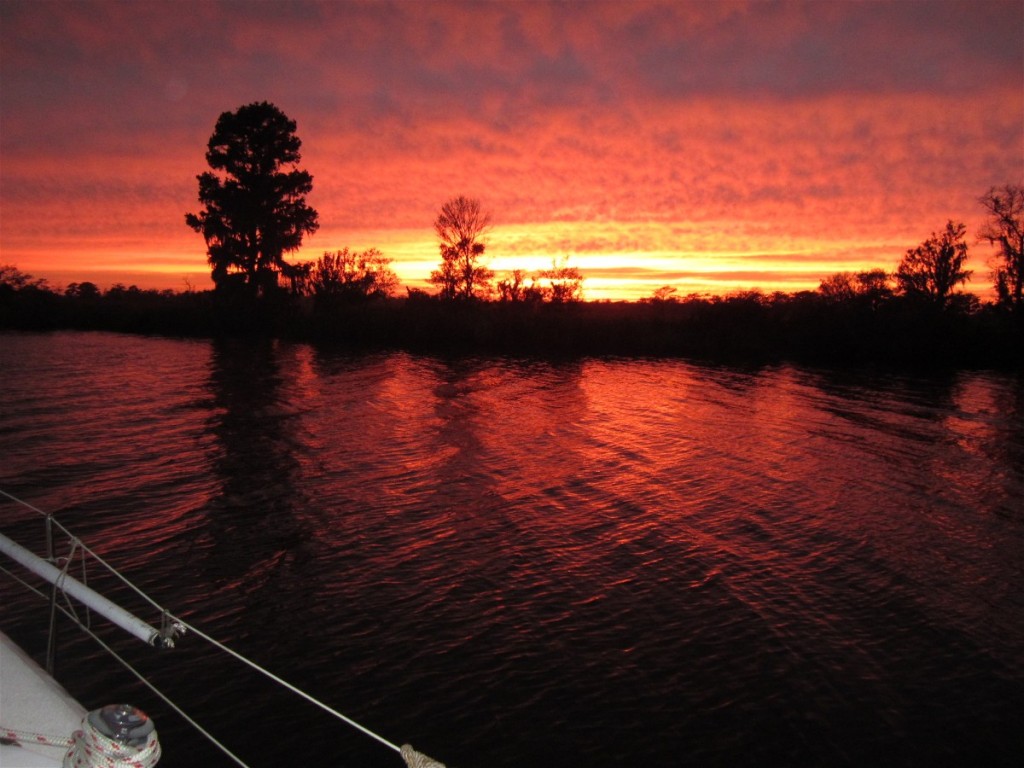 Sunset after the big blow near Georgetown SC

Thanks again Hank. After listening to your talk, I knew when to tuck tail and wait out better wind direction and strength tomorrow.