Yachtafun, our Gemini sailing catamaran, being berthed at Deep Point Marina, just two miles from old town Southport, is affording us the opportunity to gradually explore the town’s offerings. 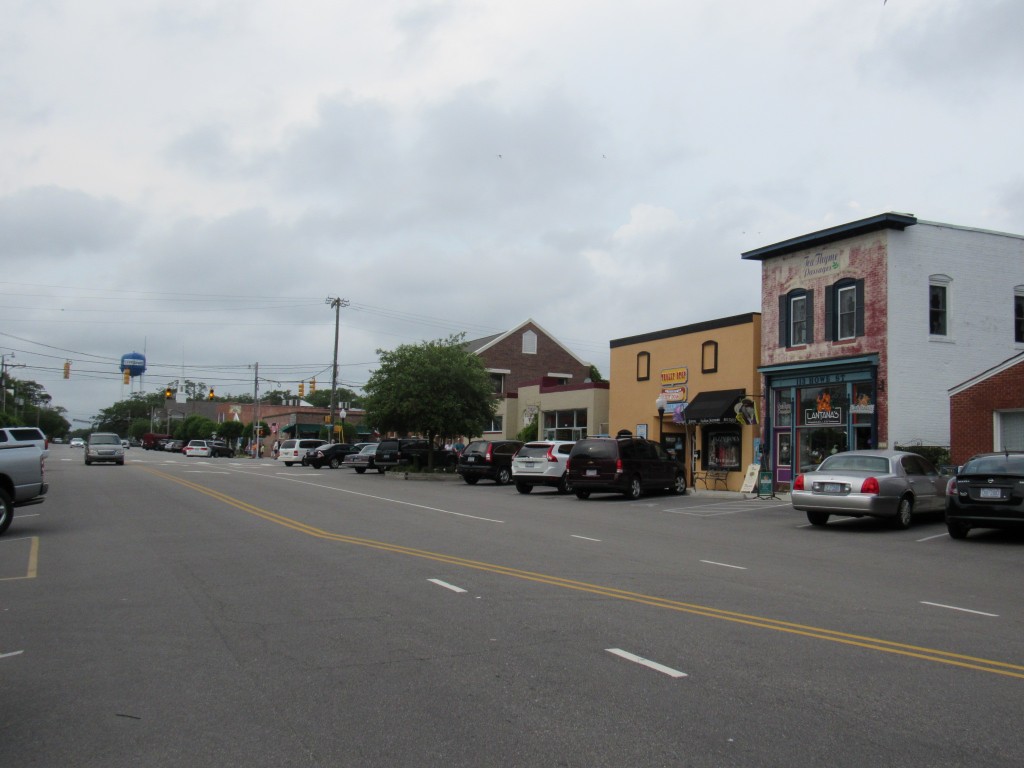 Southport NC near the waterfront

There’s much to see and do in Southport, in spite of its small size. Being at the mouth of the Cape Fear River, near Wilmington NC, commercial shipping has been a major influence on the town. Pilot services continue to be a factor in the businesses along the docks. Large container ships are regular visitors along the river.

Originally named Smithville, the town changed its name in the late 1800s to emphasize how it could be the largest southern seaport- if a railroad would link up. Changing the name did not advance the rail lines in a timely fashion. The rail service was too late in coming for the seaport aspect to become a reality. 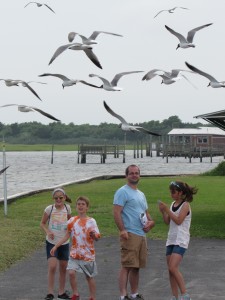 Gulls at the City Park 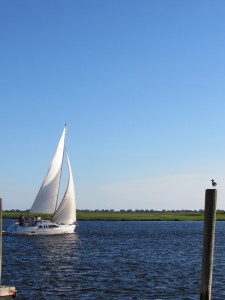 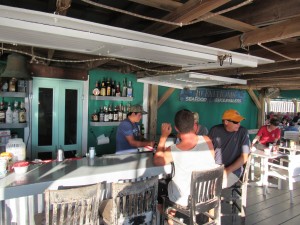 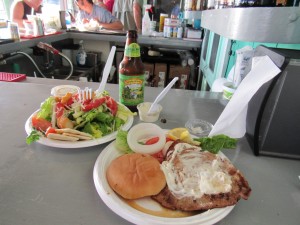 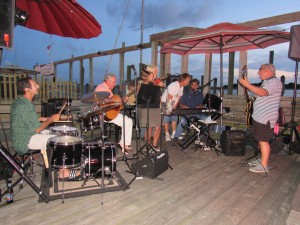 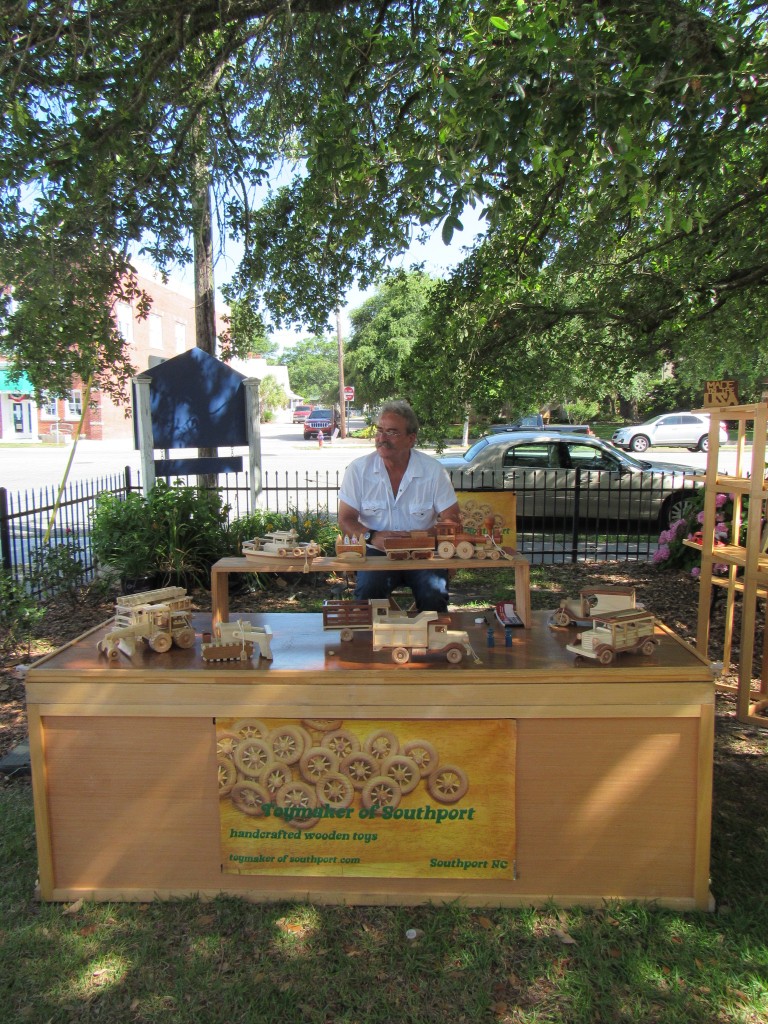 Wood carving- from hobby to being a living 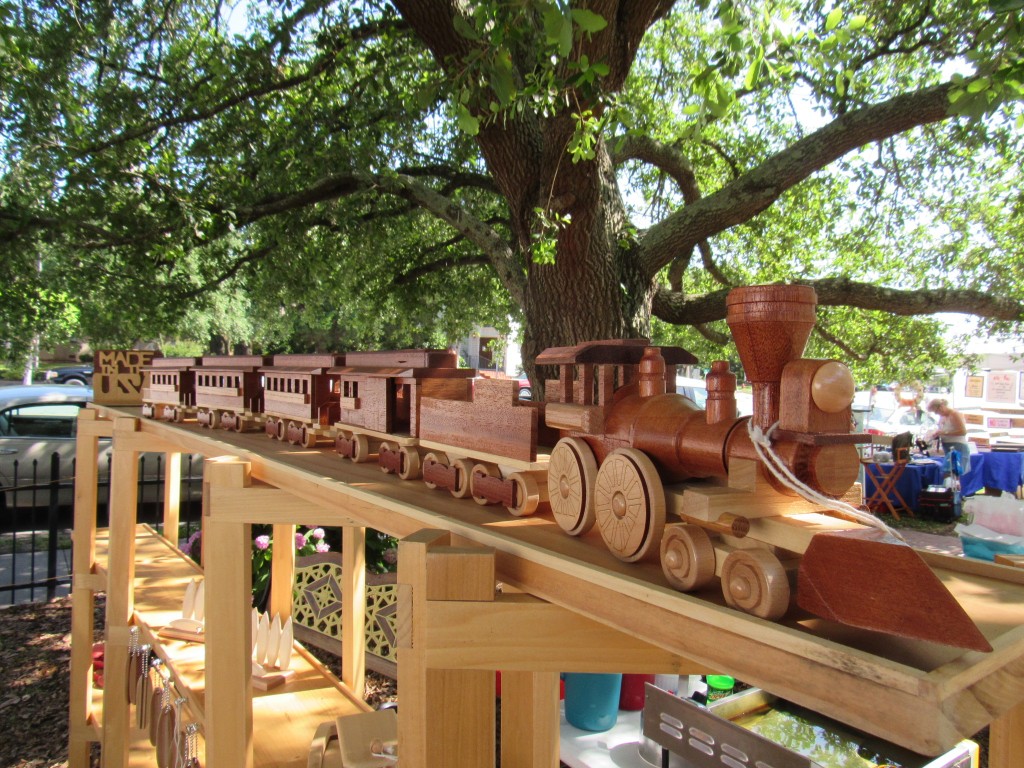 one of the wooden train sets 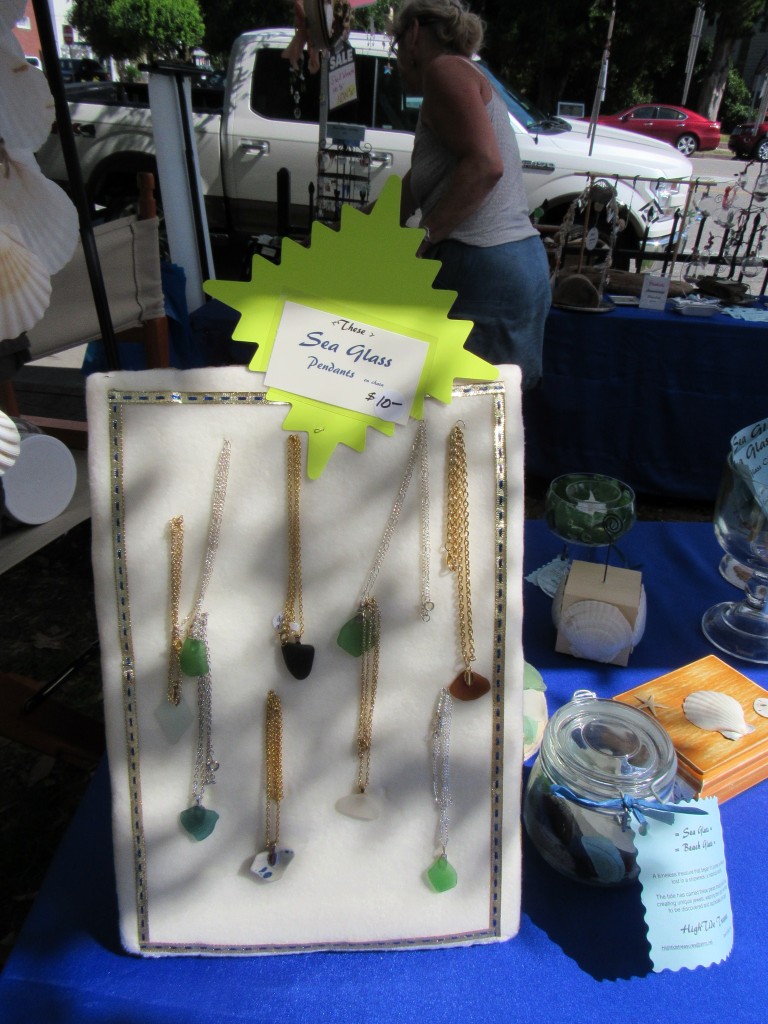 Hardware, groceries, banking, and such aren’t too far out but will require long walks, or some form of wheeled transportation.

Working on our boat has been a pleasure at Deep Point Marina. From treated plywood, 2x4s, carpet, and foam panels- I created a work float so as to not have my legs hang out in tea colored water. The water has alligators (the largest being 6 feet) living in the adjoining brackish pond. Shark attacks have been numerous nearby, so the float adds peace of mind in that regard as well. 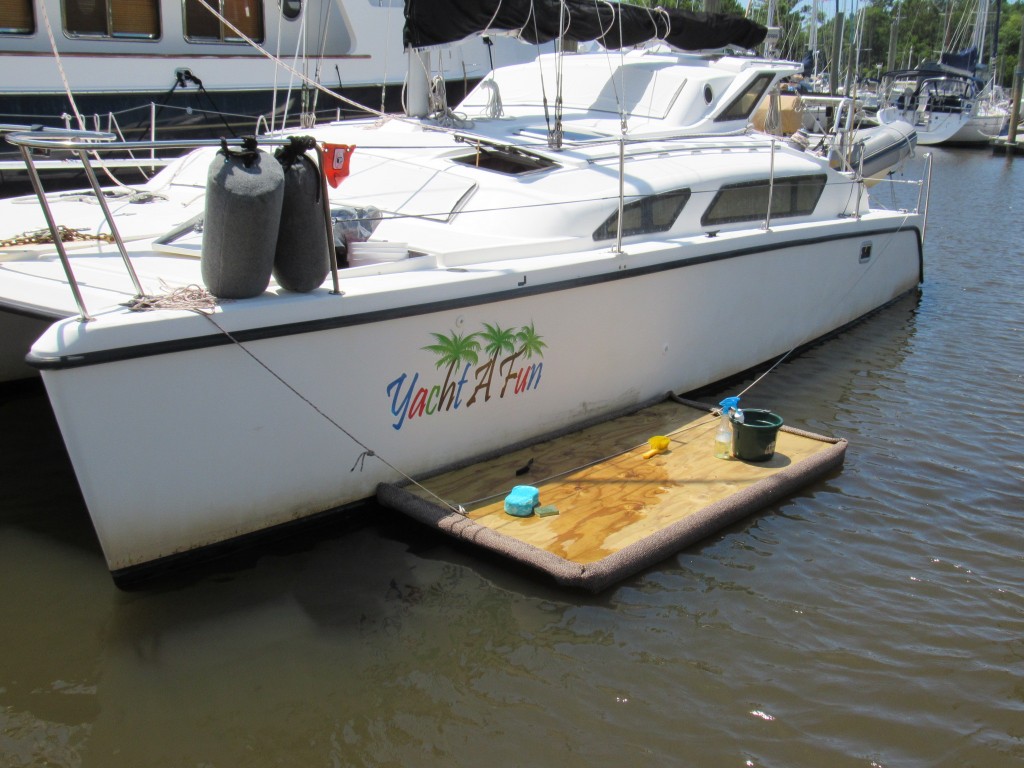 The marina has a pool for cooling off.

I took advantage of the Maritime Museum’s “Pirate Day” and found the museum to be worth visiting. It includes many exhibits that fit a range of historical events and local culture. 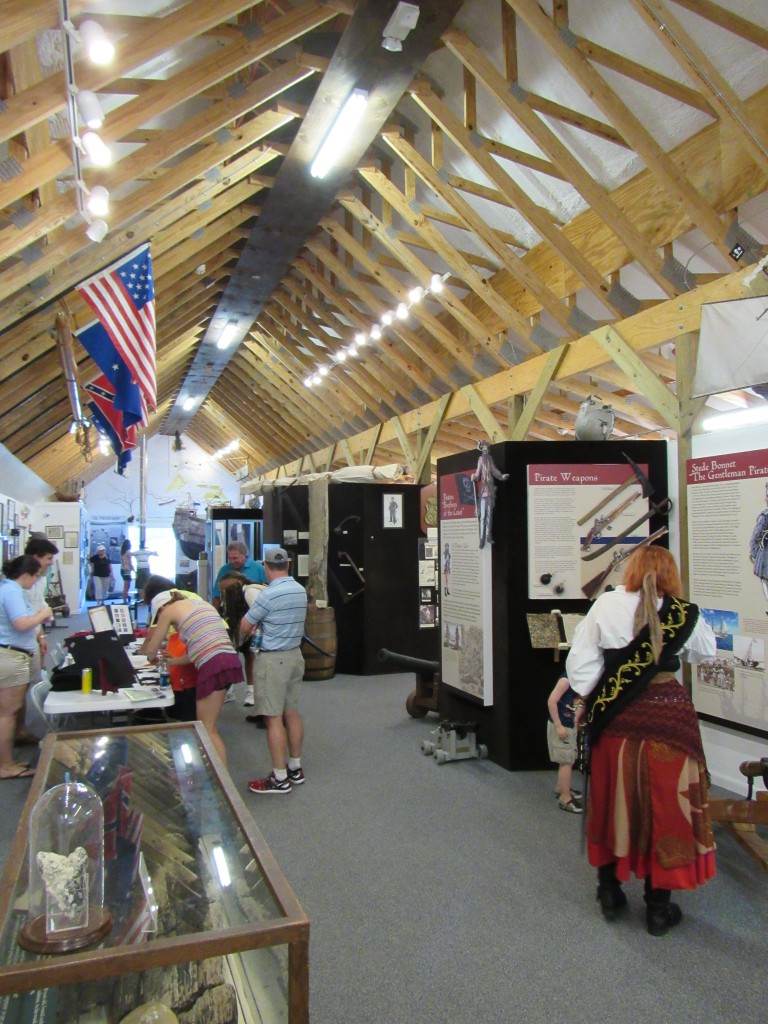 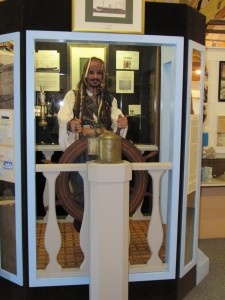 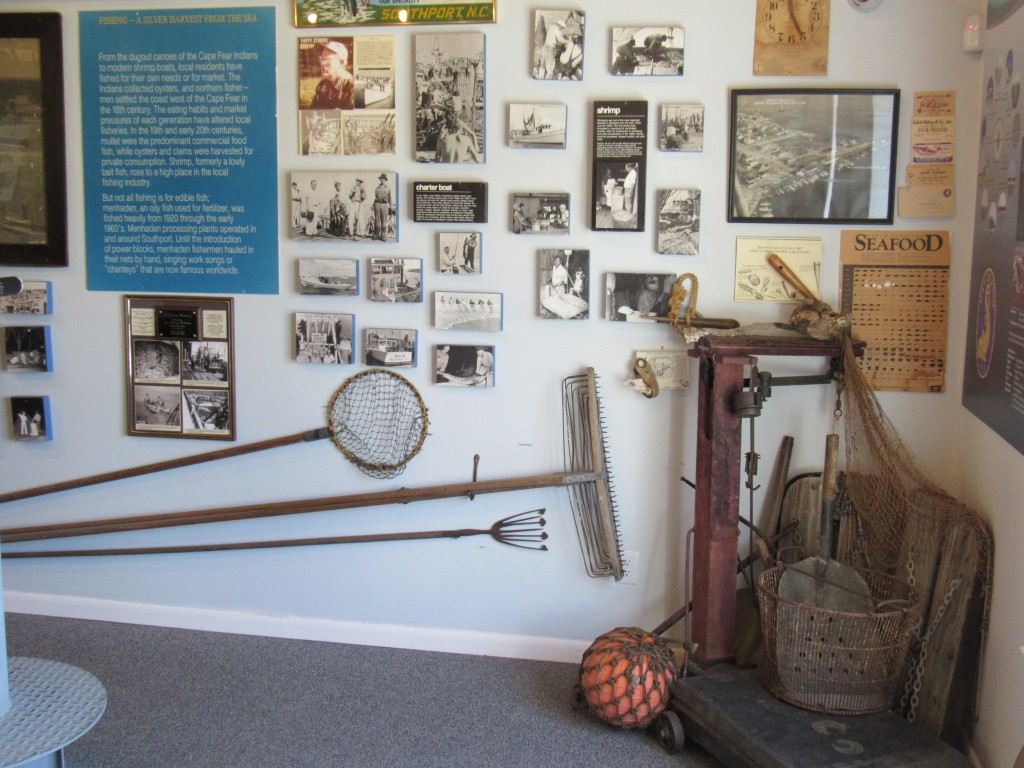 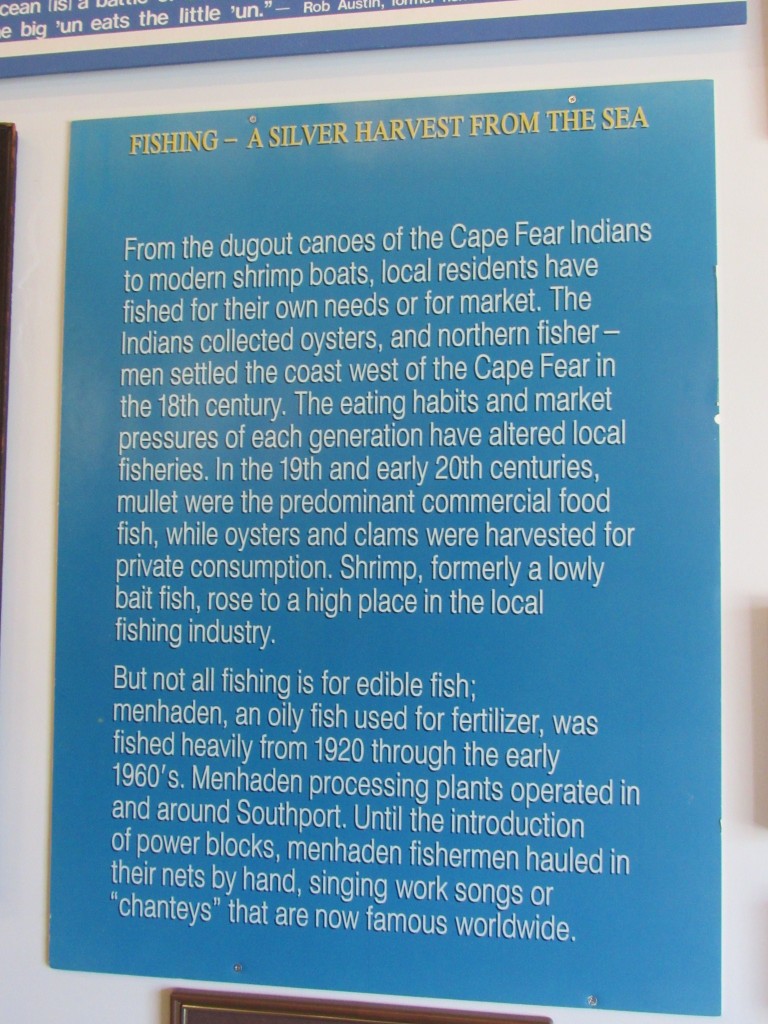 Having a 500 pound reproduction cannon myself, the artillery artifacts were of particular interest. 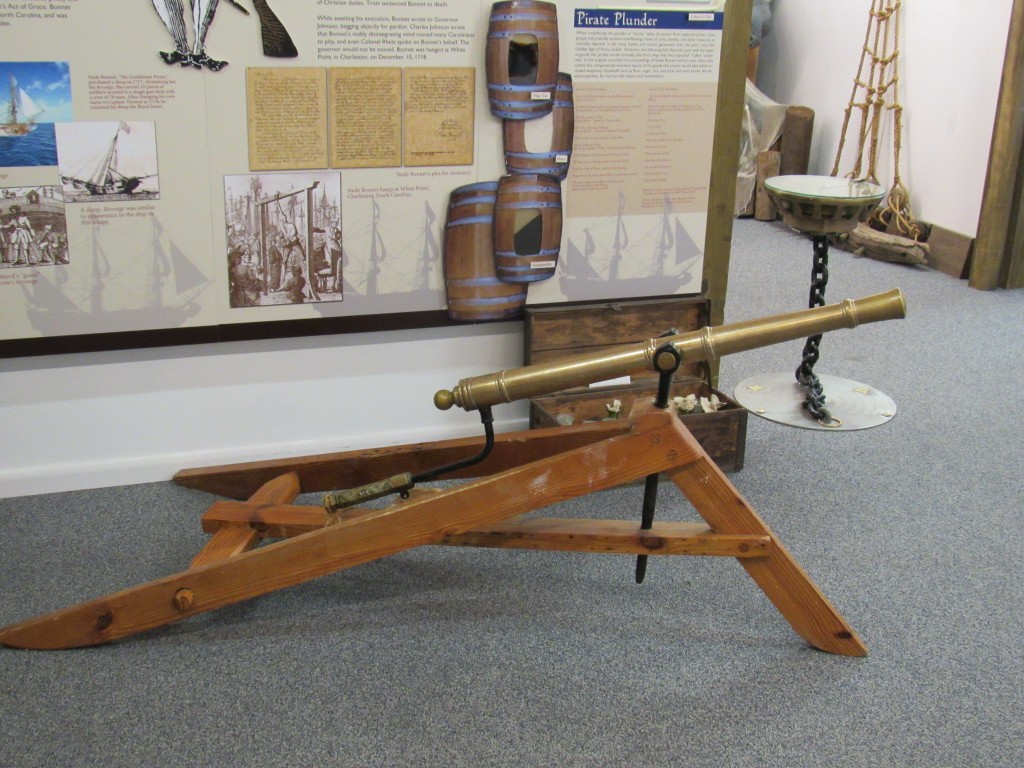 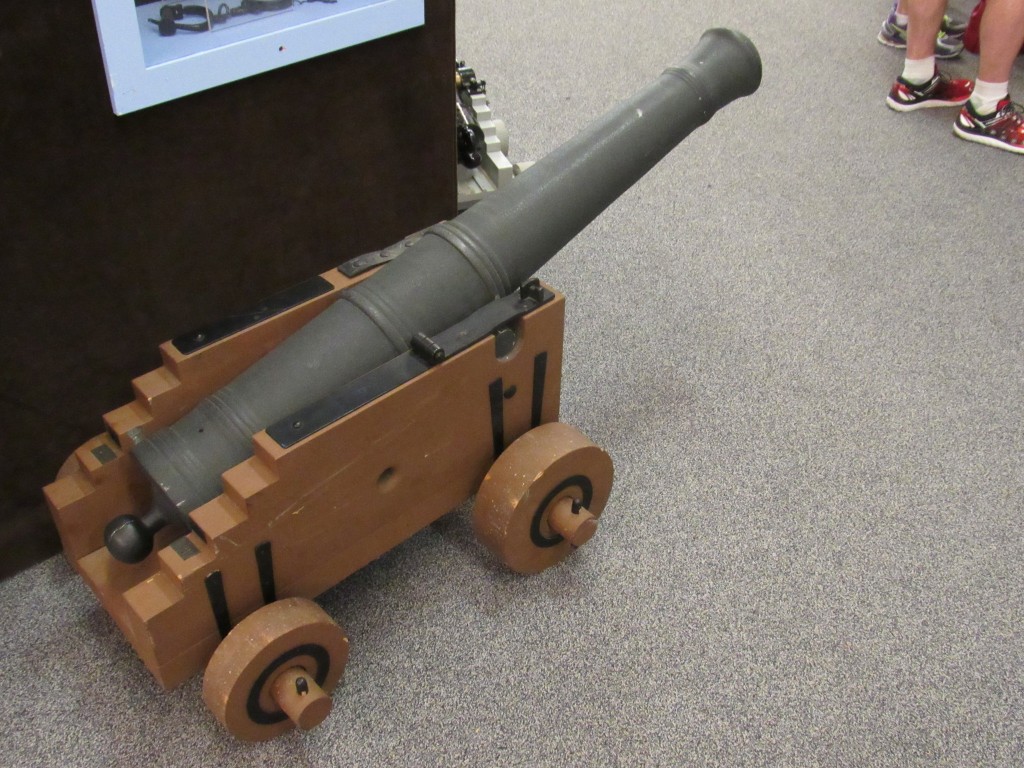 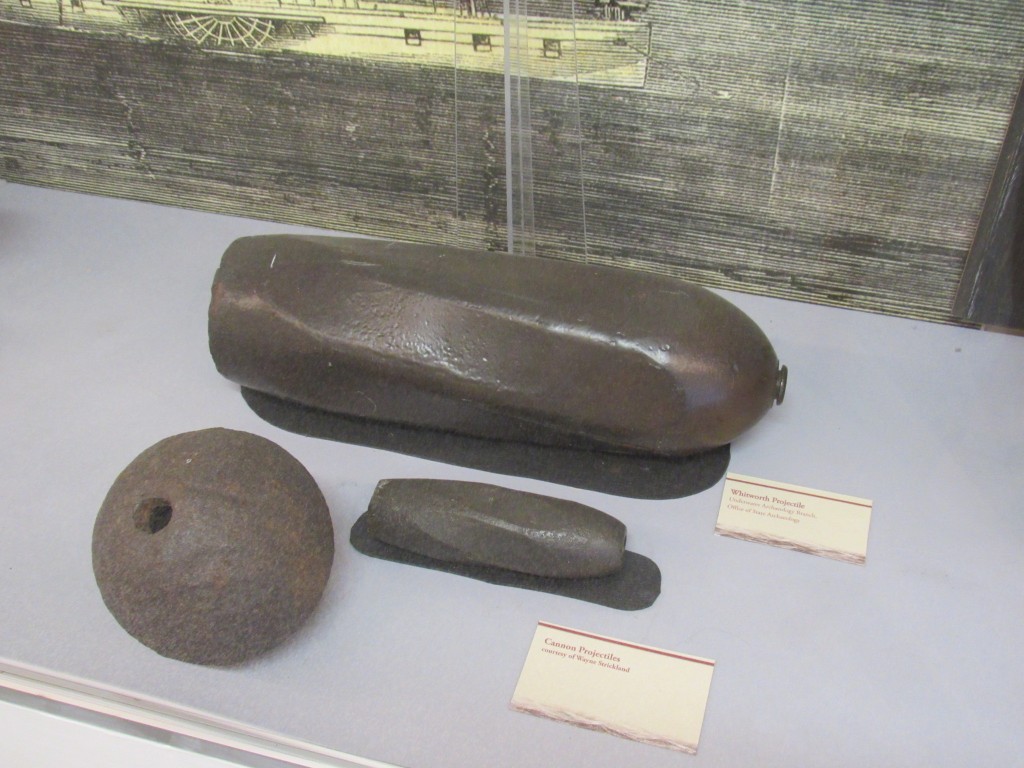 A trip back to Hickory for medical and personal business provided an interruption in activity on board our catamaran. The July 4th weekend proved to be “grand scale” , however, as Southport provides the “North Carolina Fourth of July Festival”.