Before Yacht A Fun left Oriental in 2014, I used three coats of Rustolem paint to form a “ribbon gasket” on the lower joint of the catamaran’s Sonic Sillette drive leg.  That paint stopped the slight oil ooz that was coming from that joint.  The fix lasted for over 1,800 miles and for almost two years.

This May when we headed out of Southport, I lowered the drive leg back into the water and topped off the gear oil.

Four and a half hours of run time later we anchored at Wrightville Beach.  A check of the oil revealed the level had not changed, but the color had begun to cloud. My concern immediately became whether we had developed water intrusion.

Our Gemini catamaran was motored up the ICW, on day two, for 7 ½ hours to Mile Hammock Bay anchorage near Snead’s Ferry.  A check of the oil showed a deeper cloud.

Due to the Sillette’s unique nature, our haul out destination changed from a small boat yard near New Bern to the large yard of Jarrett Bay Marine north of Beaufort NC.  We would have had to pass by Jarrett Bay to get to New Bern anyway- so why not minimize the drive leg’s run time before maintenance.

Some sixty hours after being on the hard, the oil held its cloudy look- an indication that the problem was indeed water and not air bubbles. By catching the symptoms very early, we avoided seeing the oil go “milky”.

While draining the gear oil, I captured the first release into a clear plastic jar.  A day later you could see a separation beginning to appear with the cloudy volume being on the bottom layer.

Once the leg was on the yard’s work bench, I used a new Gaiter and rubber glove to create a dust / weather guard.  It looked comical but was an easy quick solution to an important need. 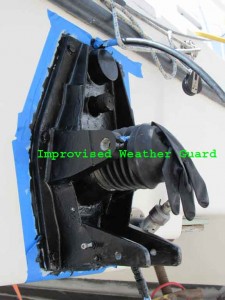 With the leg removed, it was easy to remove the worn reverse lockout piece, and then paint the leg assembly base. 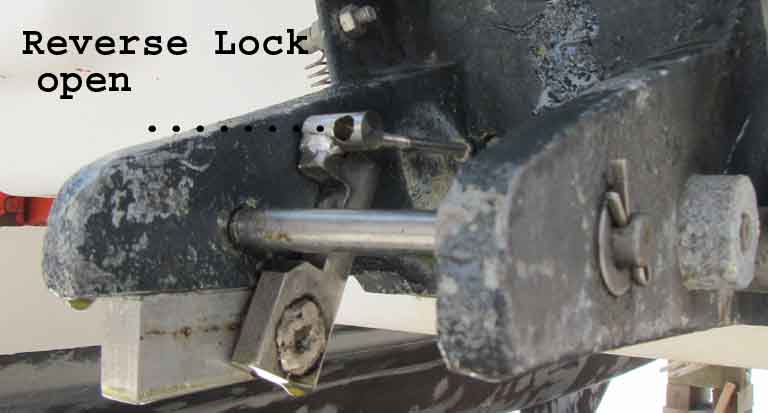 Yard mechanic, Josh, had to heat the leg to remove the four bolts holding the propeller shaft.  His trick included spraying penetrating oil to “shock” the stainless steel bolts to shrink and thereby release the corrosion’s grip on the threads. 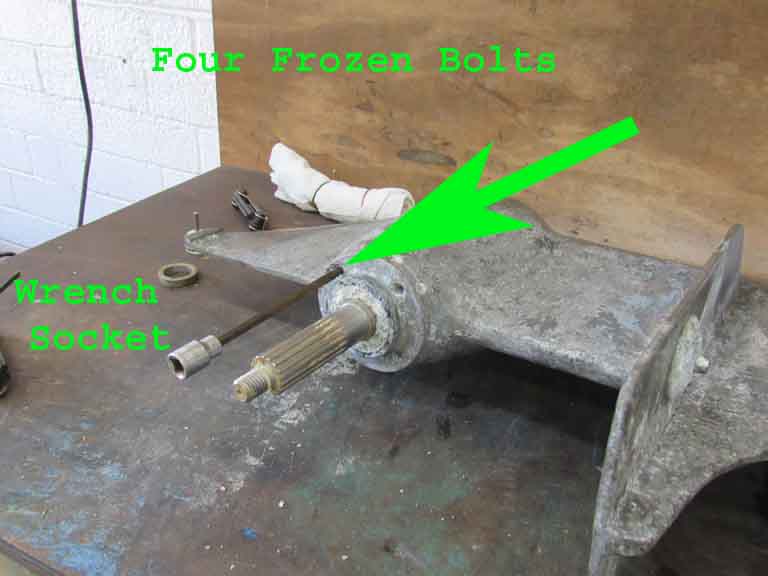 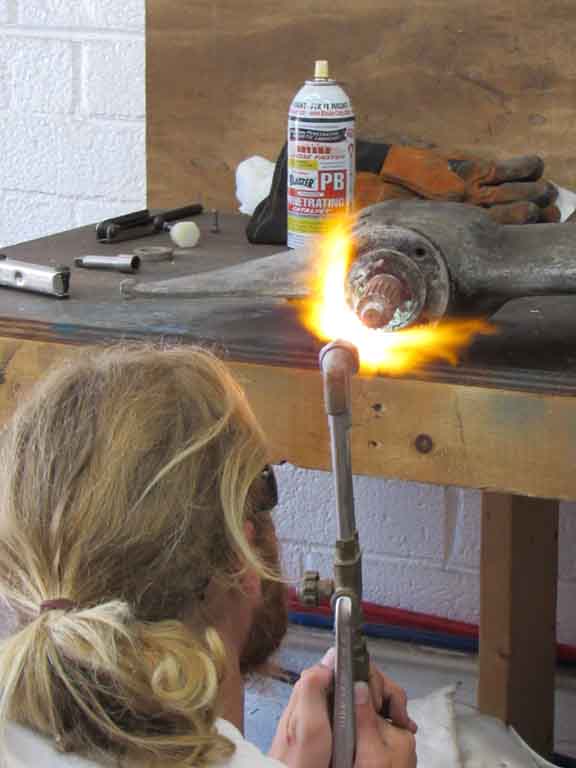 I found it interesting to see the inner workings of the leg, as well as the residue of silicone caulk used for the leg joint’s gaskets. 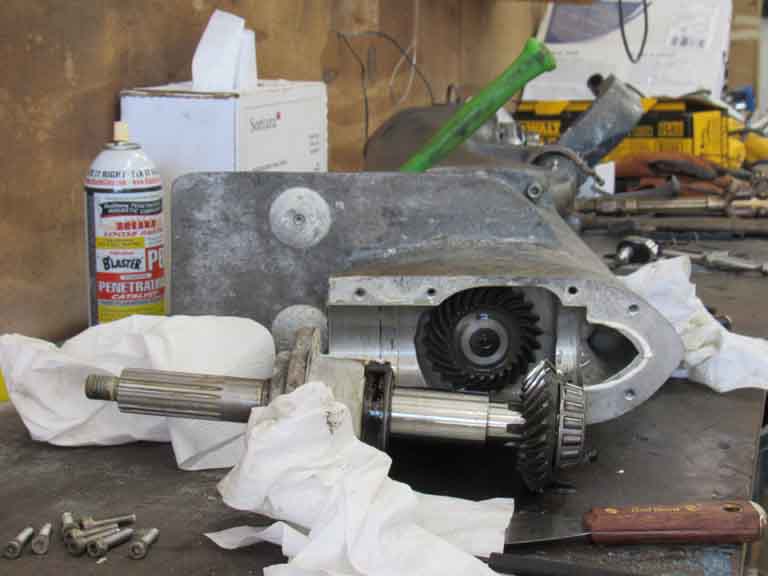 The leg was rehung after three days (which included time for new bolts to arrive).  Now filled with gear oil, we can determine if there’s any gasket issues before we are again in the water.

By the way, my phone call to Glenn Print, at Sillette-Sonic in England, proved very helpful with parts coordination.  The biggest time lag in the shipment process occurred regarding customs once the parts arrived in the US.

The story / blog of Yacht A Fun, a Gemini catamaran sailboat, traveling the ICW and east coast with insights to the extended cruising life. Sillette Drive Leg maintenance