Before departing Hickory on Friday August 30th, I had taken my Jeep Wrangler to a local auto garage for a thorough review. After our Miami arrival, in November, we’ll take the Jeep from Oriental , to Coconut Grove Florida, all 883 miles worth! It needed to be in sound condition.

The alignment was reported to be out and a part needed to be changed. The rotors needed replacing, too.

When I picked up the vehicle it just didn’t “feel” right. The steering was not as crisp as before. My assumption was that they had changed the steering gear assembly and the ratio was not the same. WRONG……

Being on a time crunch to get the boat repositioned from New Bern to Deaton’s Marine in Oriental, I left Hickory because I felt I had to.  It appears that being on too much of a self impossed schedule is just as bad on land as on the water.

The short story is that the bolt holding one end of the tie-rod had cracked when tightened, at the shop, and allowed the front axles to be unstable. For days we had a buckboard shimmy that would erupt when driving over rough pavement at 40 MPG.

The shop foreman told me, by phone, that it was probably a worn gear box ( they had not made a change to it) and that it would be safe to drive back to Hickory for them to confirm and fix.

So after two weeks of “Oriental shimmy”, while heading back to Hickory on I-40, traveling at 60- 65MPH the washboard shimmy was suddenly incredibly violent and I was forced to break hard and almost stop before easing to the side of the hwy. Fortunately traffic was not too close, and no accidents occurred.

Also fortunately it occurred six seconds before we would have merged into four lanes with no place to pull off. I still get antsy just thinking of how catastrophic the chain reaction would have been had I come to a quick stop at the point of merger for Interstate 40 and the Raleigh beltway.

Apparently the broken bolt remained in its front most hole, of the chassis, until we were in east Raleigh. I had earlier been under the Jeep to look for issues when it had first occurred in Bayboro, NC- and nothing looked out of sorts. 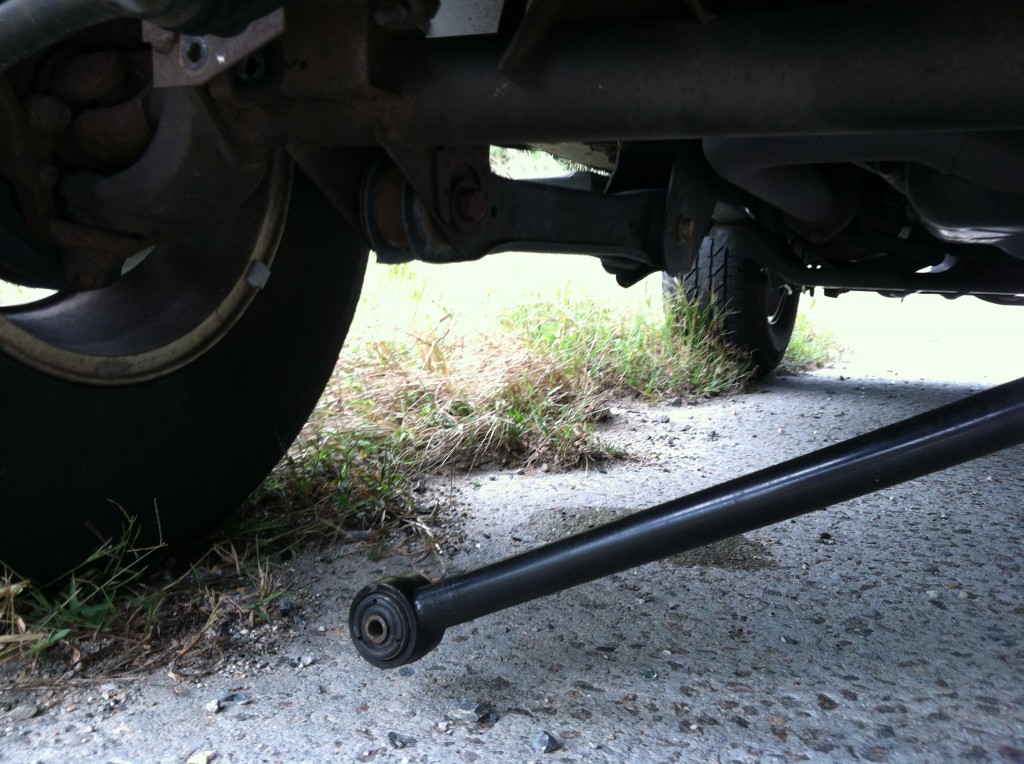