Having the joy of cruising is partly based on remaining flexible. An example of flexibility and resulting joy is our attendance of the Oak Island NC Christmas Parade the first Saturday of December.

Diann and I had originally planned (back in the summer) to have Yacht A Fun in Stuart Florida by now. Our Gemini sailing catamaran was to then venture on to the Bahamas. I had, in the summer, urgently renewed my Passport for the trip. But, having learned in late September that our commercial rental property in Hickory needed to be nurtured regarding tenancy – we opted to remain within easy driving distance. Southport is much closer than Stuart Florida. And from Southport, business trips back and forth to Hickory could include stops to see family along the route. Trips back and forth from Stuart would have not offered the pleasure of seeing the kids.

So here we are in Southport NC. We enjoyed the Deep Point Marina Halloween Party. We have been able to do painting and roof coating of the commercial building in Hickory. We enjoyed my Mother’s 88th birthday dinner. Thanksgiving was spent with two daughters and four grandchildren.

And in Oak Island we have experienced the Christmas Parade along with the Haag & Sons Oyster Roast. Yes there is fun being in Southport as there would have been fun traveling to Stuart Florida.

Oak Island is at the Cape Fear River Inlet and the island is fairly small.

Attending the parade was a matter driving our Jeep some eight miles and then of parking in the lot adjoining Haag Seafood. Cruisers having boat-bikes could enjoy a ride to Oak Island from the various Southport marinas. We don’t yet have boat bikes, though.

Police motorcycles marked the parade’s start. And from that, the parade was in motion. Images flow in the order of the parade, though not every float / group is shown. 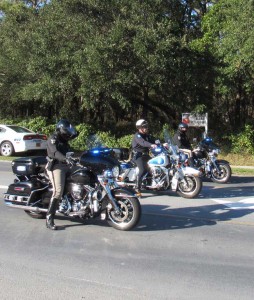 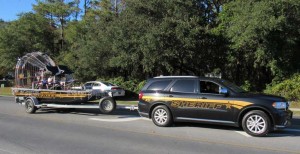 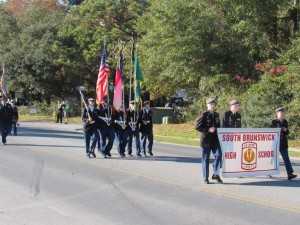 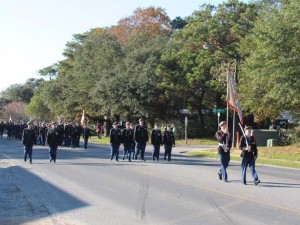 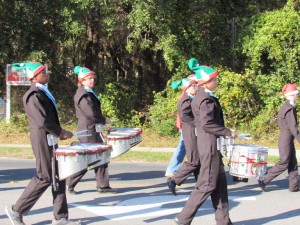 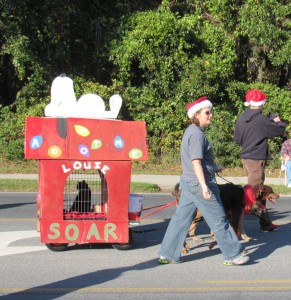 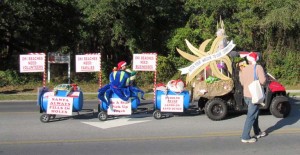 As the parade passed by, the audience had great perspectives. 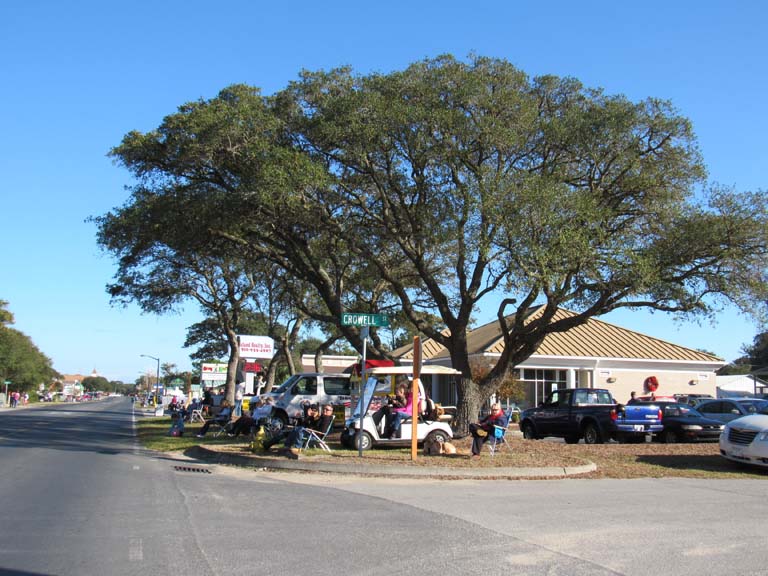 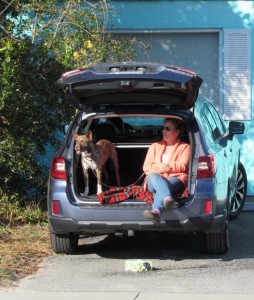 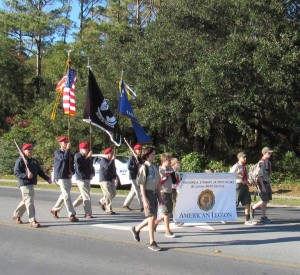 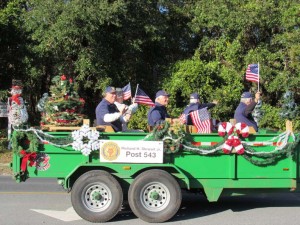 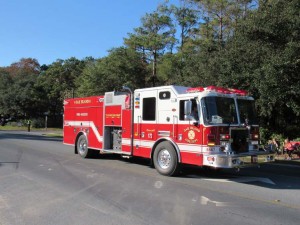 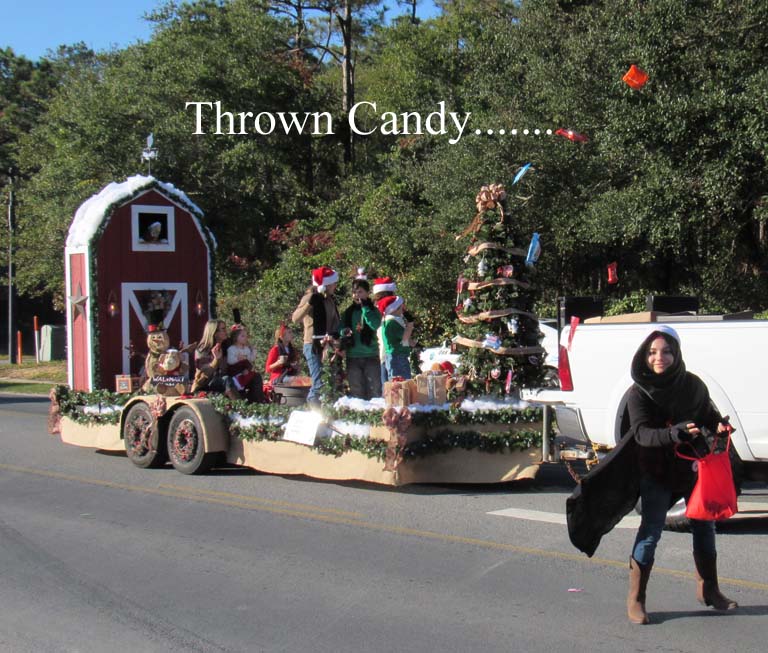 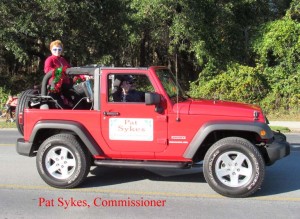 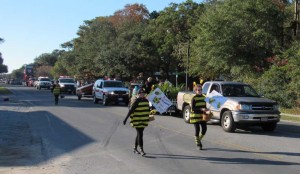 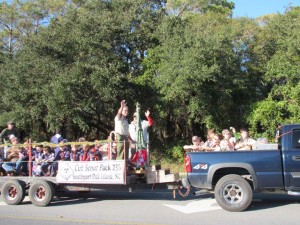 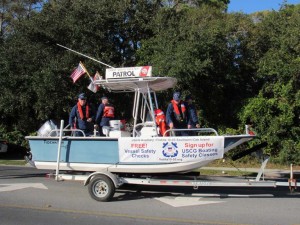 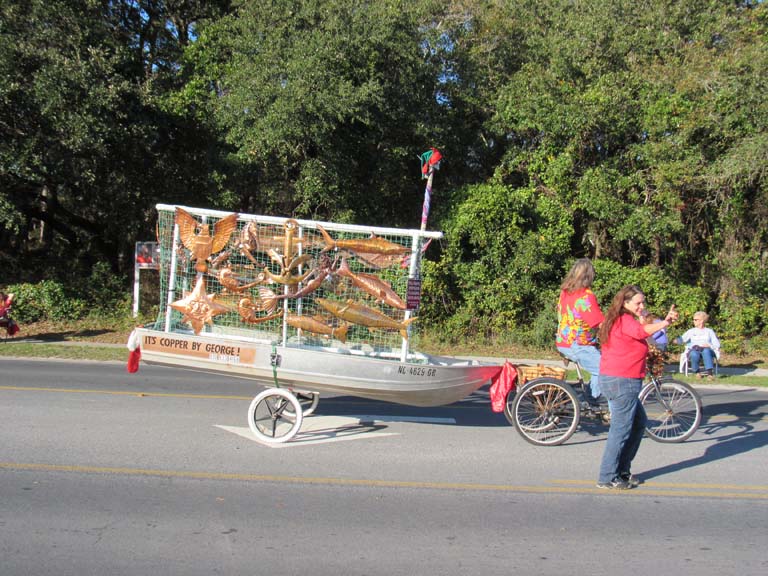 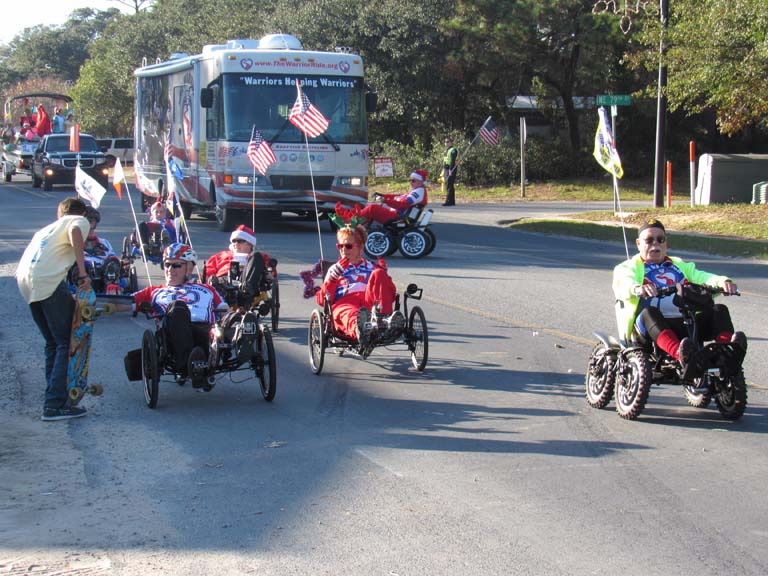 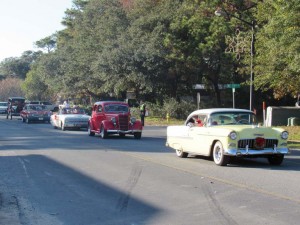 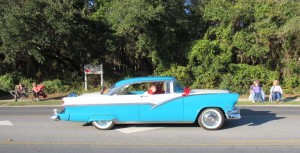 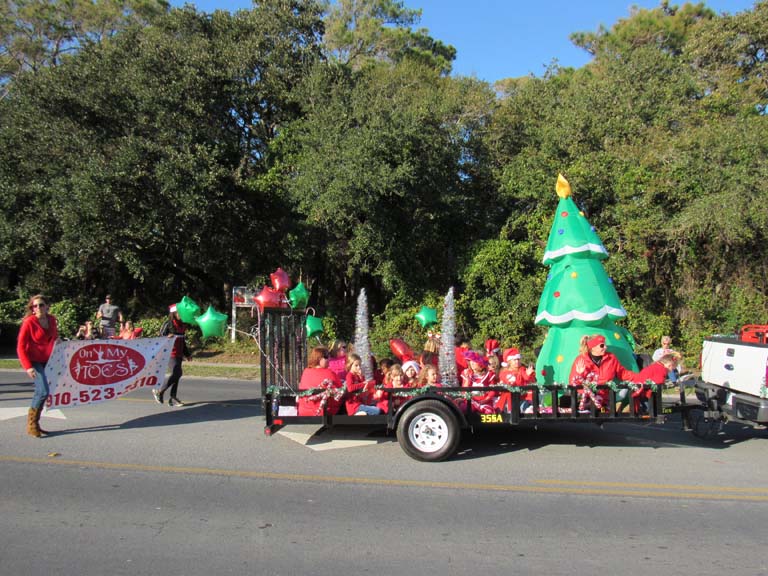 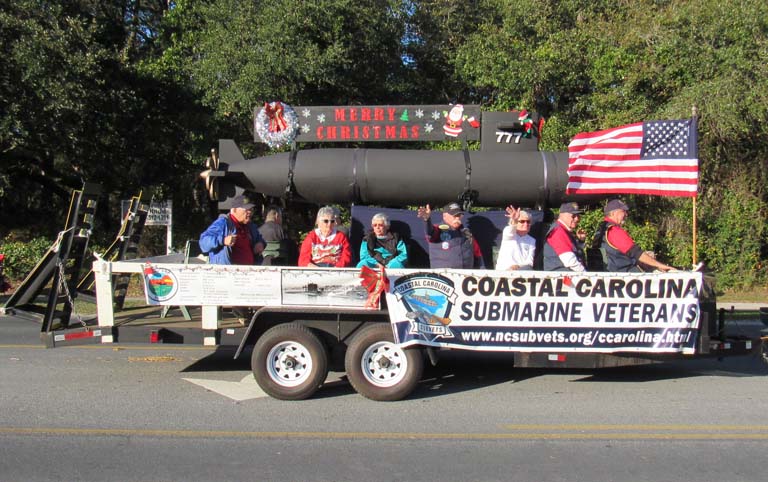 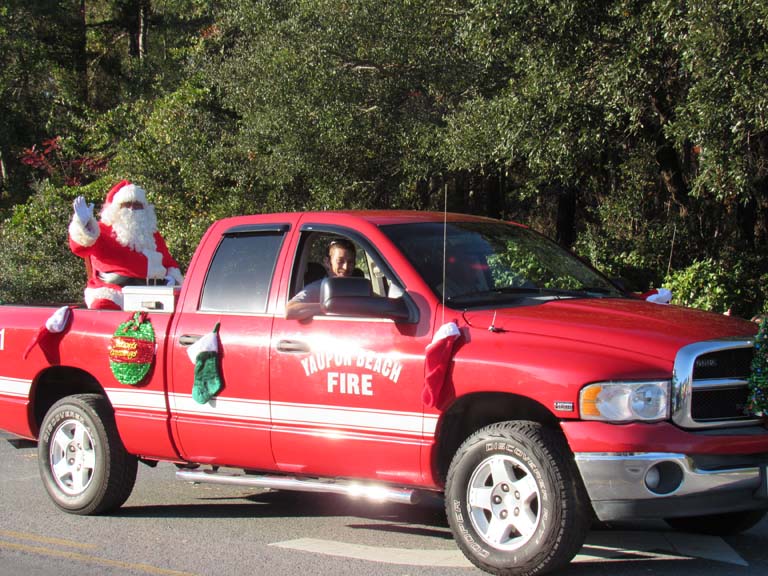 A live band played, diagonally across the street from Haag’s parking lot. Those of us waiting, for post parade highway traffic to clear, got to hear good music as a transition to going our separate ways.

( To see the oyster roast and more images of oysters being provided to parade participants, visit the previous post.)

It is fair to say that the July 4th Parade in Southport is much larger in venue. It is also fair to say that the Oak Island Christmas Parade is a classic example of small-town-America. If Diann and I had been on our Gemini catamaran at Stuart Florida we would have missed the Oak Island Christmas experience. Another joy of being here is that the seafood in the Carolinas is far better than any we experienced while in Florida last winter!

Being flexible has great value! Though not exactly “Zen”- living in the moment; soaking up one’s current cruising experiences, can be a form of meditation if you let it.

Leave a Reply to Cathy and Geoffrey Geier Cancel reply