When our Gemini catamaran “Yacht A Fun” left Southport, our original destination had been New Bern.  The plan was to haul out at a small boat yard and verify the need to do bottom paint- a fairly quick process.  However, we discovered on travel day one that the catamaran’s drive leg seal was admitting water.  So a more significant (and urgent) haul out was needed.

We chose Jarrett Bay Boat Yard which is just outside of Beaufort, NC vs. motoring on to New Bern.  By doing so, we eliminated some nine hours of run time for the system.

Jarrett Bay’s  ship’s store and bath facility is accommodating, though not plush.  So that aspect isn’t any different than if you were simply stopping by for transient dockage. 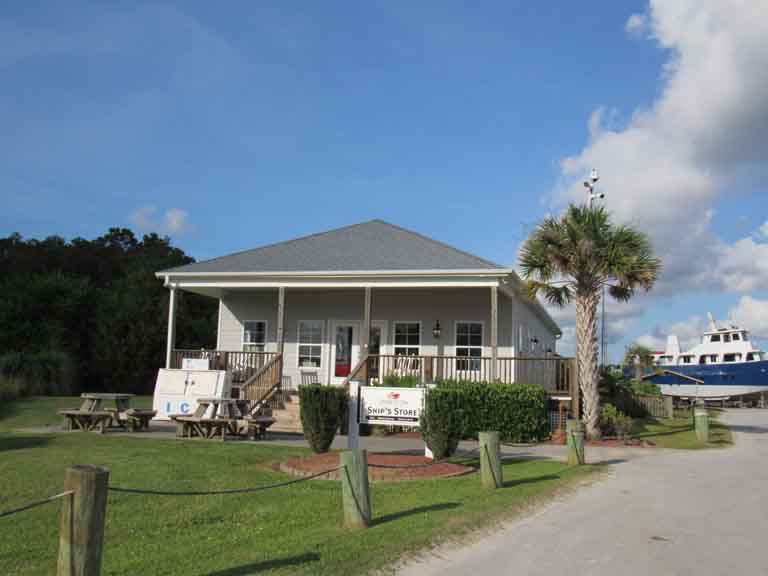 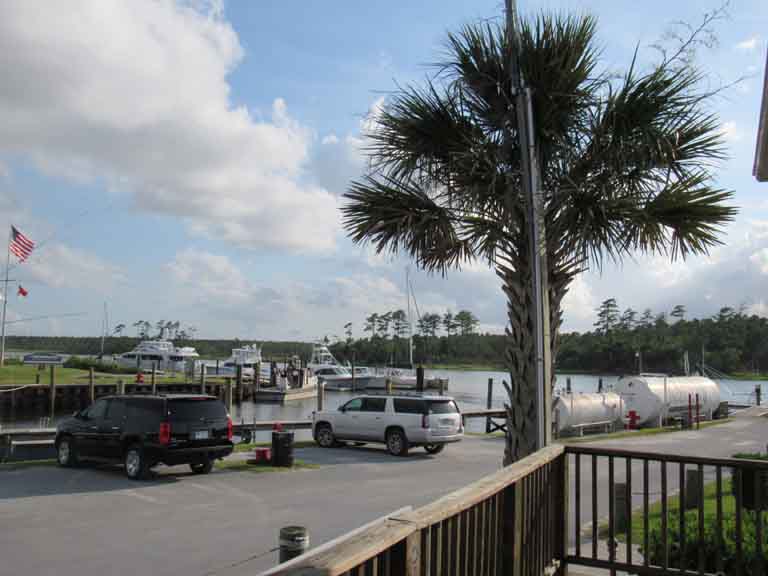 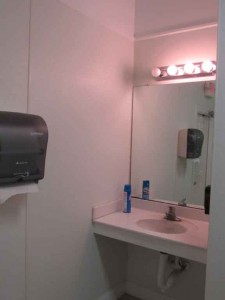 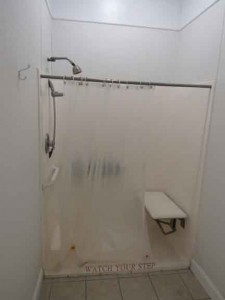 Getting blocked up with enough height to service the Gemini’s center boards added steps to our climb! 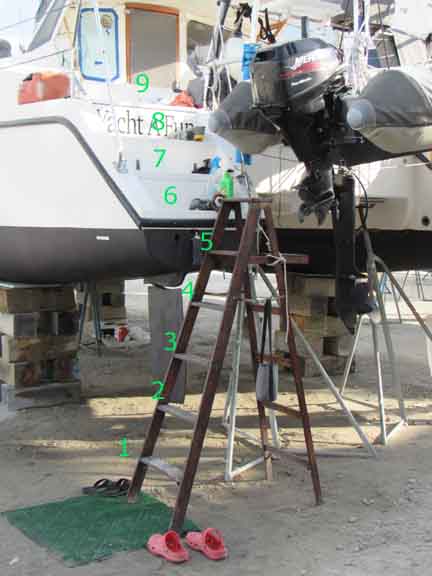 All non-paved boat yards have some level of dust.  Large yards, such as the Jarrett Bay facility, yield a tremendous amount of dust when winds get to 20 MPH plus.  I literally biked to the rest room through a sand storm of short duration.  To mitigate the dust, the Jarrett Bay staff occasionally drives an old fire truck with a side spray to wet the open areas of the yard. 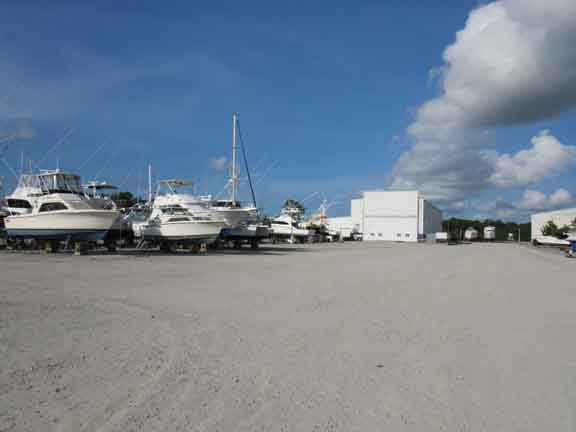 looking back toward Yacht A Fun 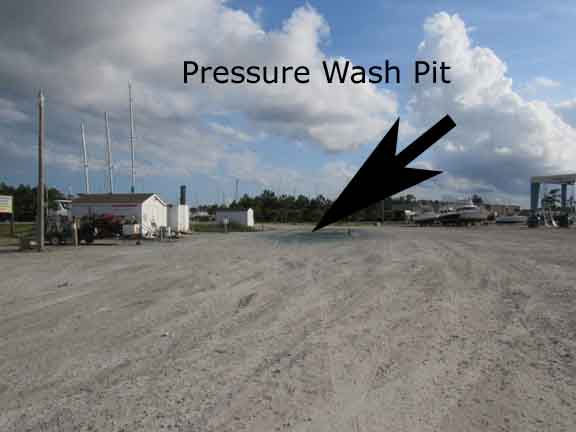 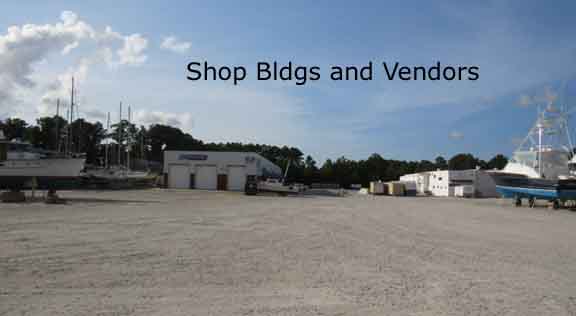 Watching huge yachts get hauled is part of living on the hard.  The wheels, on this 200 ton capacity travel-lift, are about five feet in diameter. 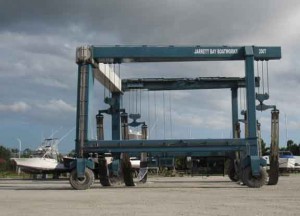 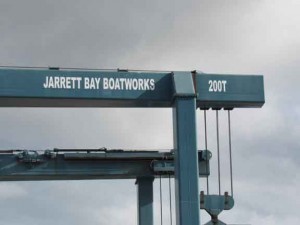 Daytime views include some of the large yachts, as well as the possibility of seeing a sister-boat to your own. 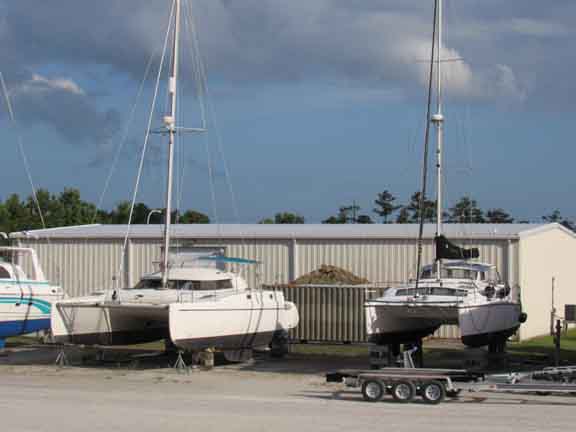 Evening views can be enchanting. 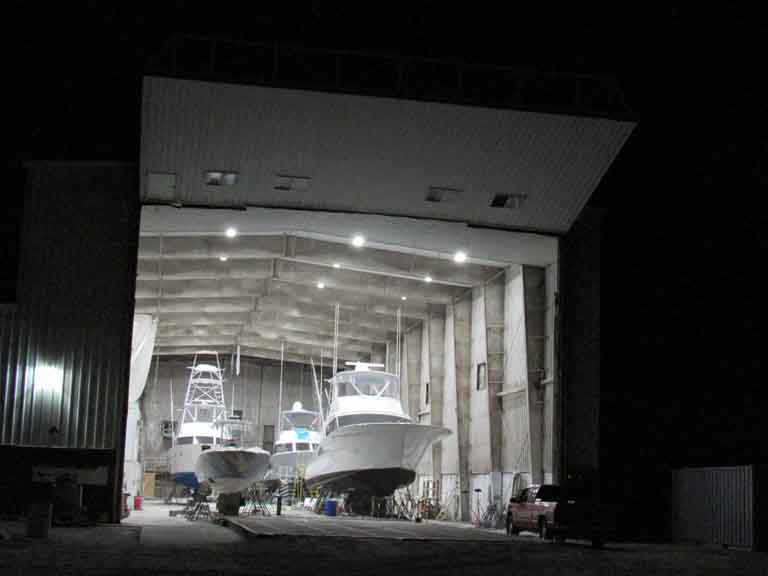 When on the hard for weeks at a time, using your on board toilet is kept to a minimum.  Long treks to rest rooms just have to be part of the adventure mindset.  Gallon Jugs emptied of consumed drinking water, can make convenient receptacles for late night urgencies.

Diann and I have a 10’ by 10’ storage unit at Oriental, which fortunately is only a short ride from the Jarrett Bay facility.  Saw horses, plywood, and material bins were first retrieved from there, and had to be returned once the work was done.  What to do with all your “work stuff’ between haul outs, is a consideration for where to get hauled- and the amount of work you do for yourself. 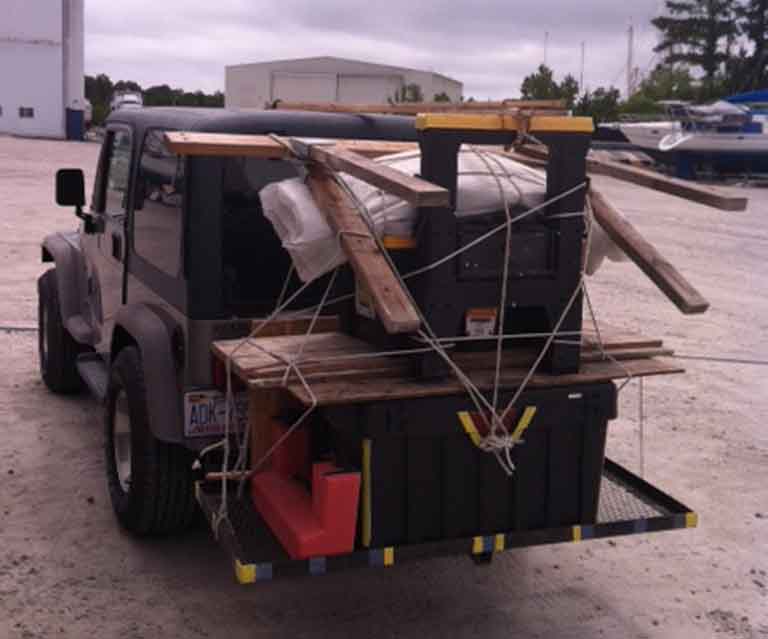 Is it cheaper to buy new work stuff and trash it- or pay to have it stored?  What of retrieval if stored?  After two years of paying for storage, we’ve decided to return the stuff to Hickory.  By doing so, we’ll have greater flexibility on where to get hauled when needed.  The decision to “go get” or “buy and trash/ give away” can be made next time.

Yard rates run from $55 to $100 per hour for repair and maintenance work.  Doing as much of the work for which you have skills, time and temperament- saves huge chunks of cash.  Diann and I saved well beyond $3,000 by doing a series of items- some of which overlapped in their processes.  In the course of being on the hard for six weeks, we took a break to return to Hickory.

Oh yes!  One other aspect of living on the hard during hot weather- how do you stay cool when inside the boat?  We have a large a/c unit which exhausts thru a custom fabricated temporary window vent.  That item has to be retrieved and returned when we are on the hard. But, haul outs during cooler weather would eliminate that aspect.  Realistically, however, if your boat is south until hurricane season, you’ll arrive north in time for the heat!

Good.  It’s all good.  I wish we’d gone cruising ten years earlier than we did.

The story / blog of Yacht A Fun, a Gemini catamaran sailboat, traveling the ICW and east coast with insights to the extended cruising life. Living on the hard