An annual event, Coconut Grove’s King Mango Strut lived up to its reputation in 2014. Participants were eclectic in themes and dress. 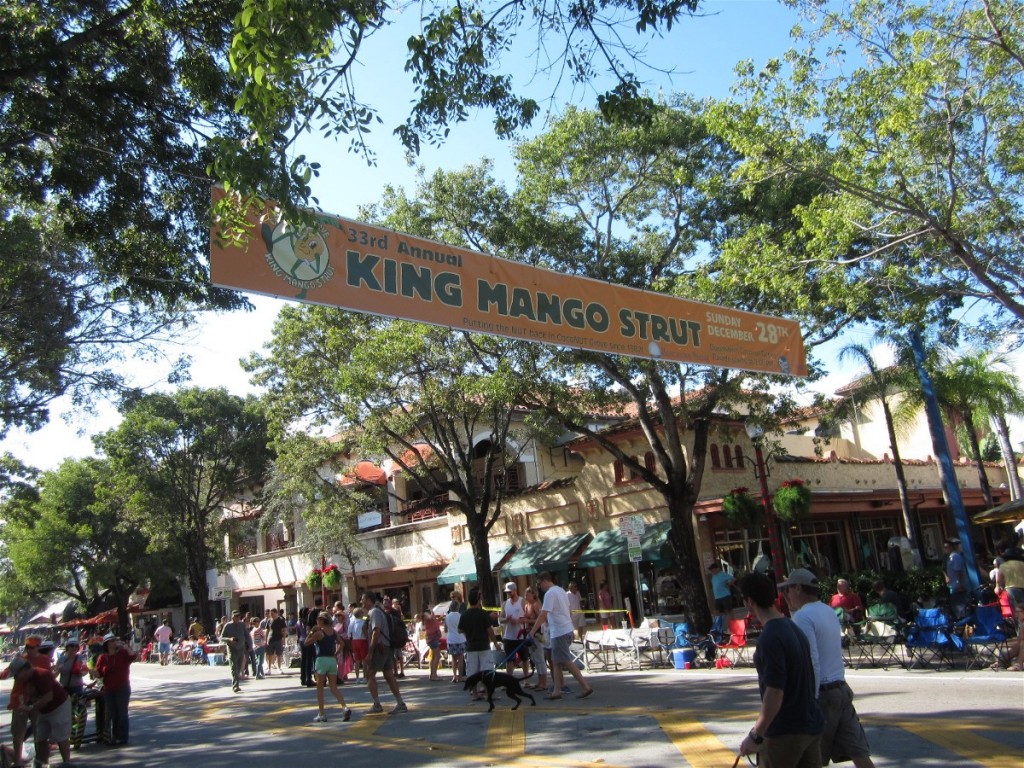 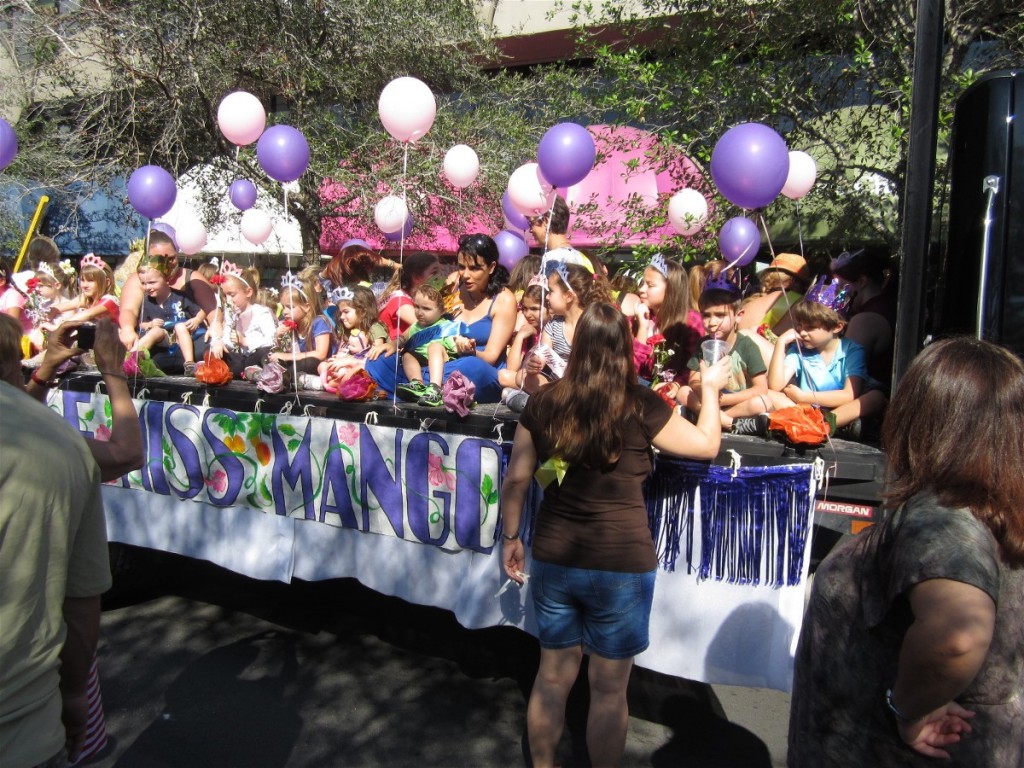 The first float for the parade

One of the “butter flies” was on stilts covered by the legs of the walker’s outfit. Large fabric wings completed the look. 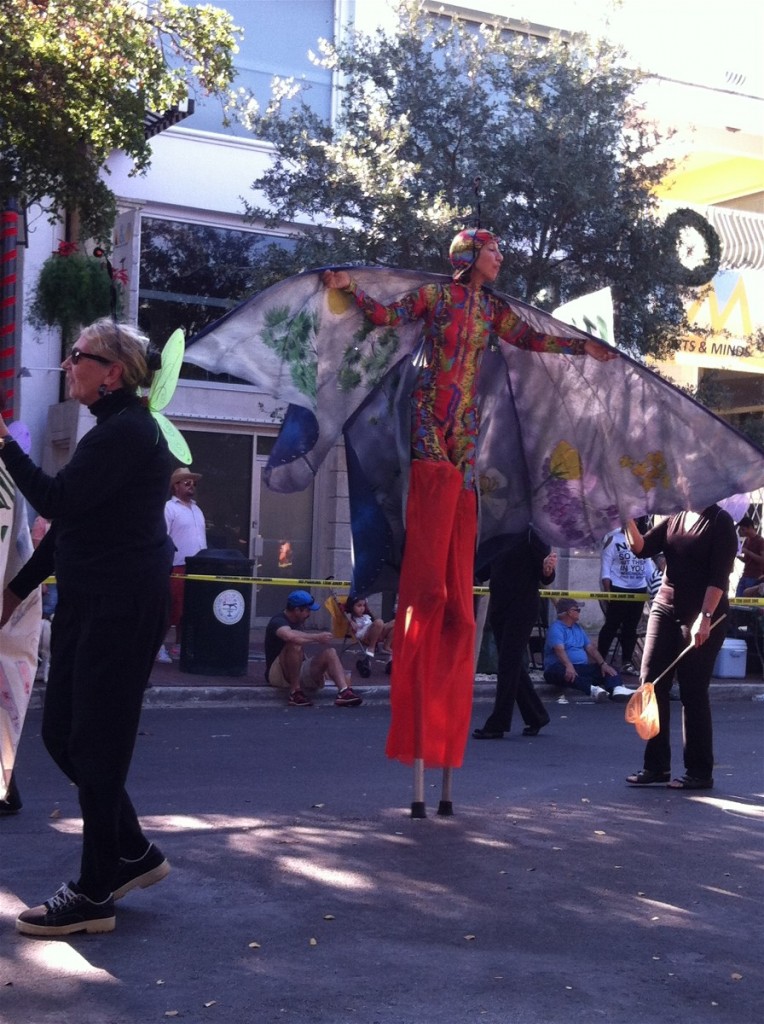 Live bands played from trucks as well as trailers pulled by pickup trucks. Tobacco Road was one band’s theme song. Mustang Sally came from another.

One of the bands

Percussion instrumentals came from a marching band as well as from one of the pickup / trailer combinations.

An elderly man, who dressed as a nursing home patient, came over as if to perform a card trick. As he fanned out a double sized deck of cards, he said to me, “pick a card, any card.” When I had done so he stated with a grin, “it’s yours.” He promptly turned and merged again with the group of “old folks” he was parading with.

I’d say the strut is more street party than parade.

Those in the know had either staked out spots for their canvas chairs, or had reservations at the many street side restaurants. We were told that the best spots were held down as early as 8:30 AM for the 2PM event. 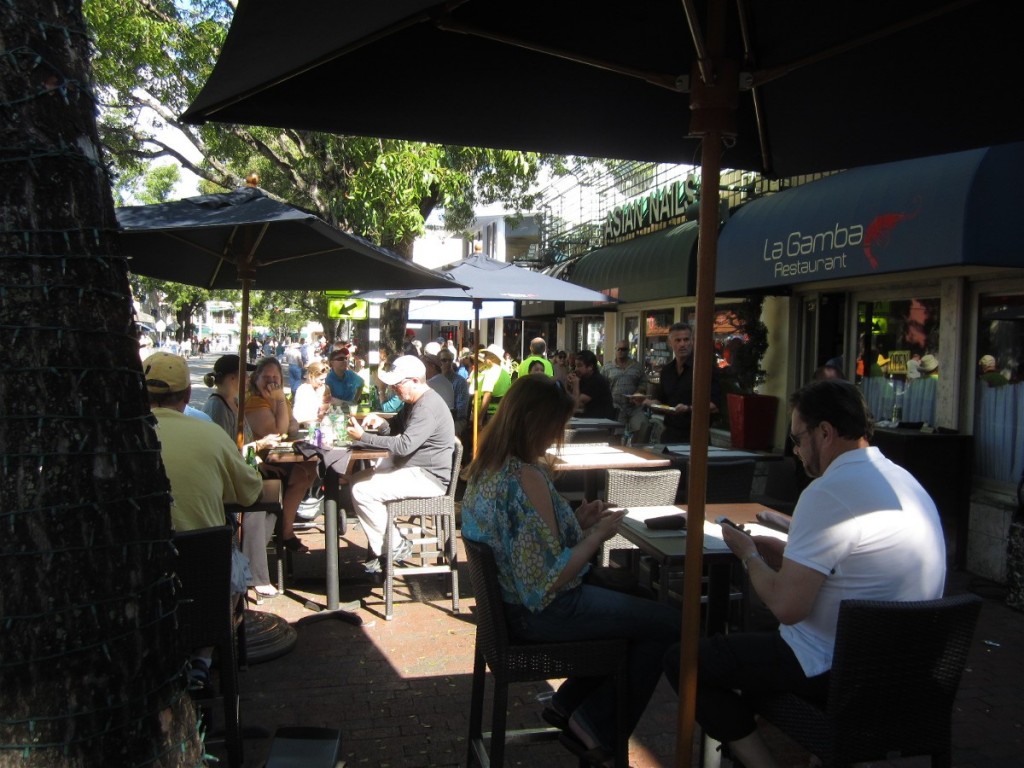 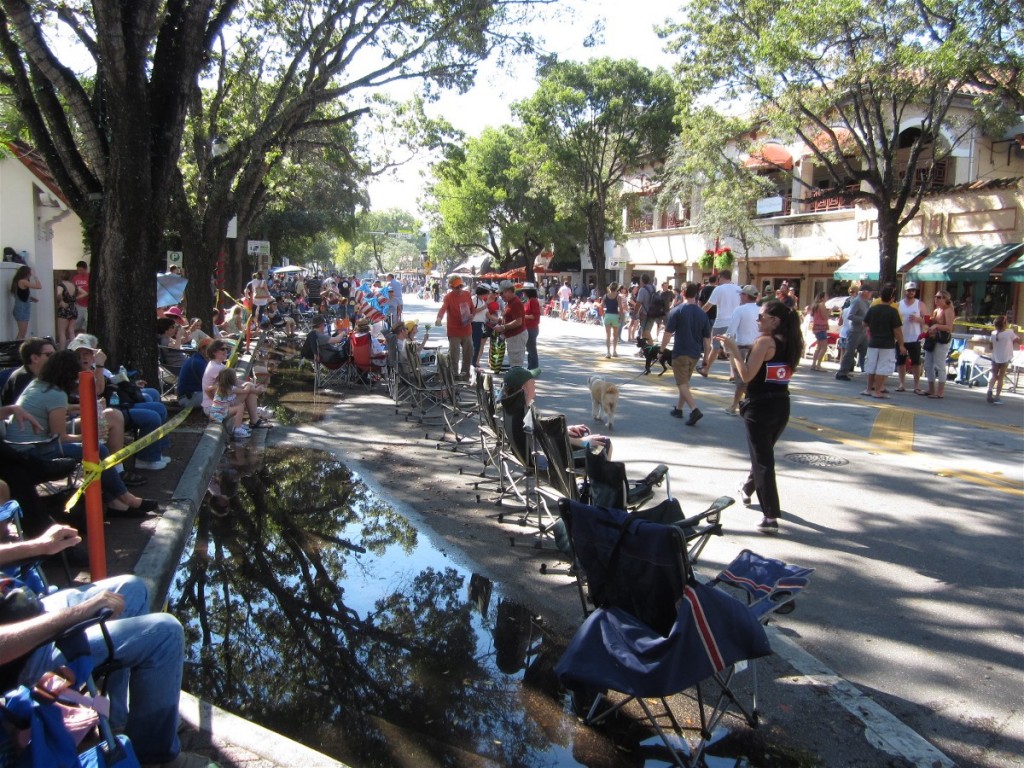 After the parade, most of the participants remained on the streets and mingled with friends, or entered restaurants and bars to participate in the revelry they had instilled.

By 3:30 the crowd was mostly on Commodore Street or breaking up and meandering to other venues, or home.

Diann and I chose to head back to our Gemini Catamaran, Yacht A Fun. It’s is a good place to rest. Having stood a lot and walked a bunch, we were ready or a rest. It wasn’t long before I was napping in the saloon.