Diann and I were almost 90 days into having been in Florida with Yacht A Fun, our Gemini sailing catamaran- and so I was concerned about the need to pay the Sojourner’s Permit / boat registration/tax to be legal to be in Florida beyond 90 days. The only tax office I could find that had a clue about their State’s Sojourner Permit (including calls within Miami) was in Key West.

So, Diann and I headed (by Jeep) to Key West on the first business day available. It was an administrative business trip, not a media/ article research trip.  Photos are therefore few.

However, I thought it interesting to walk passed the waterfront Grocery building (still with mural) that I shopped at in April of 1996. 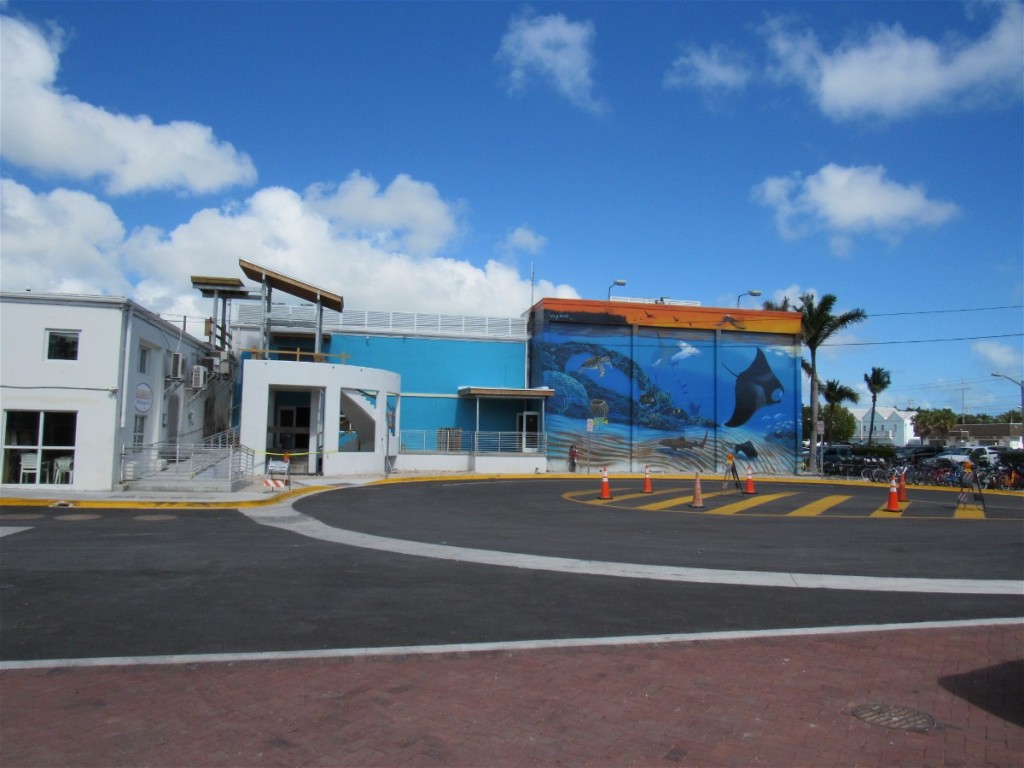 These hotel buildings now sit where I tent camped at a waterfront downtown rv park. 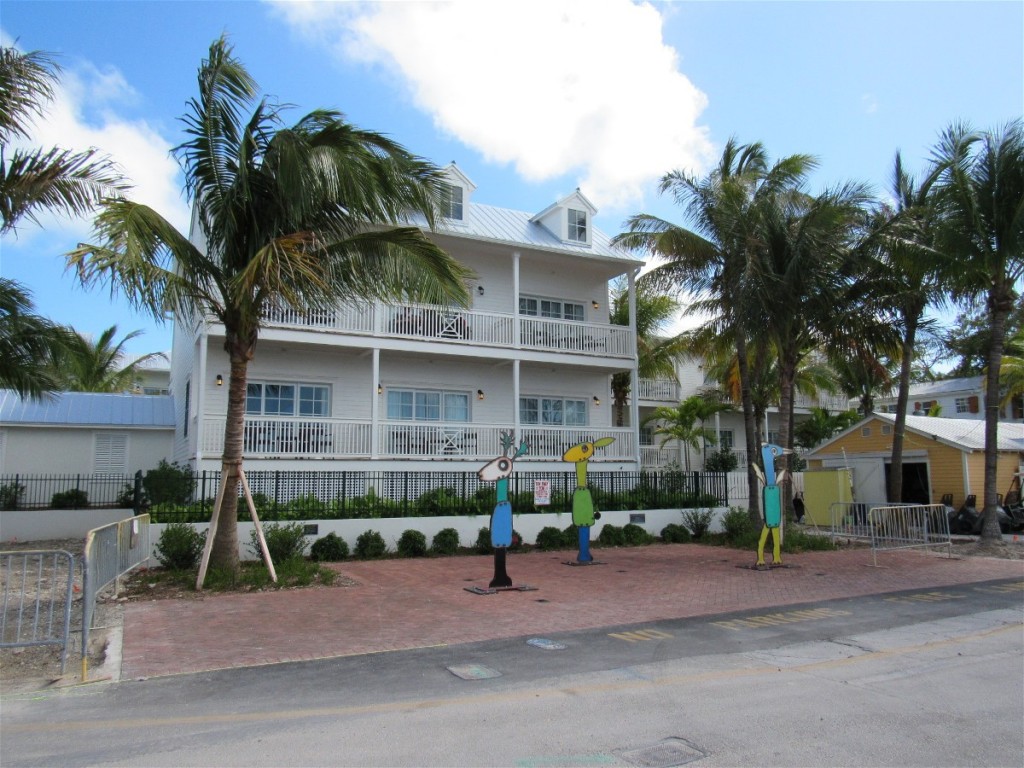 In 1996 I camped where these hotel suites are now sitting.

Gentrification is inevitable as our population grows. But darn, that $38 a night tent space, back in ’96, sure was a great memory.
Writing of memories, the Pan American office building is still standing and is near the Truman Annex area of town. 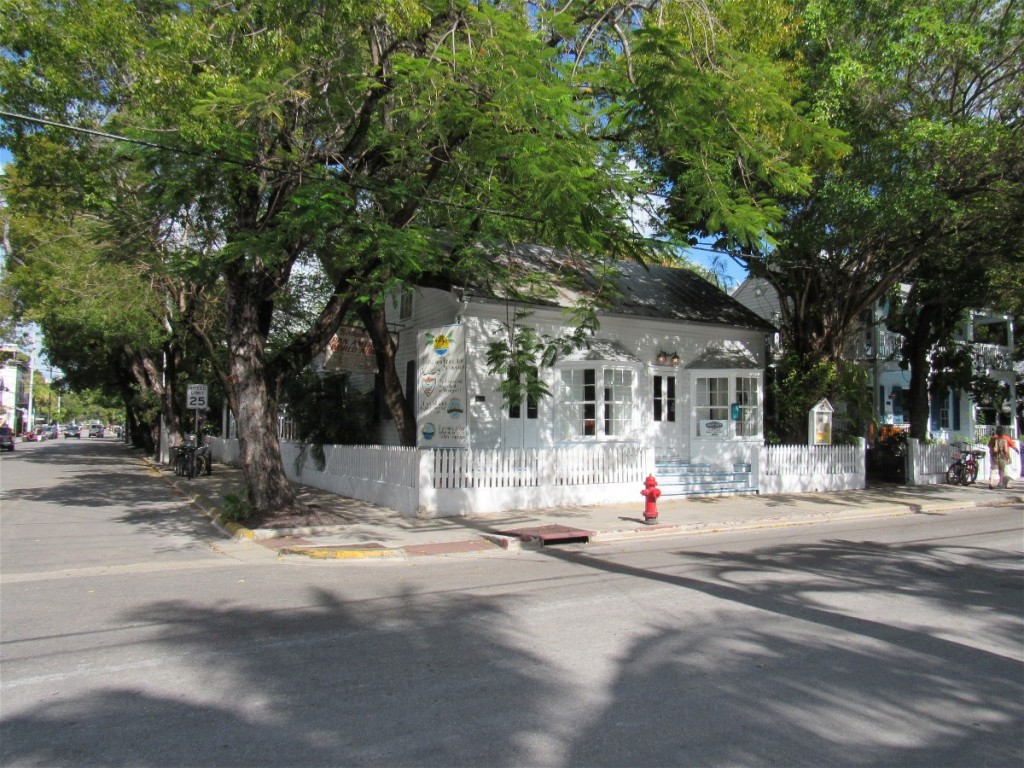 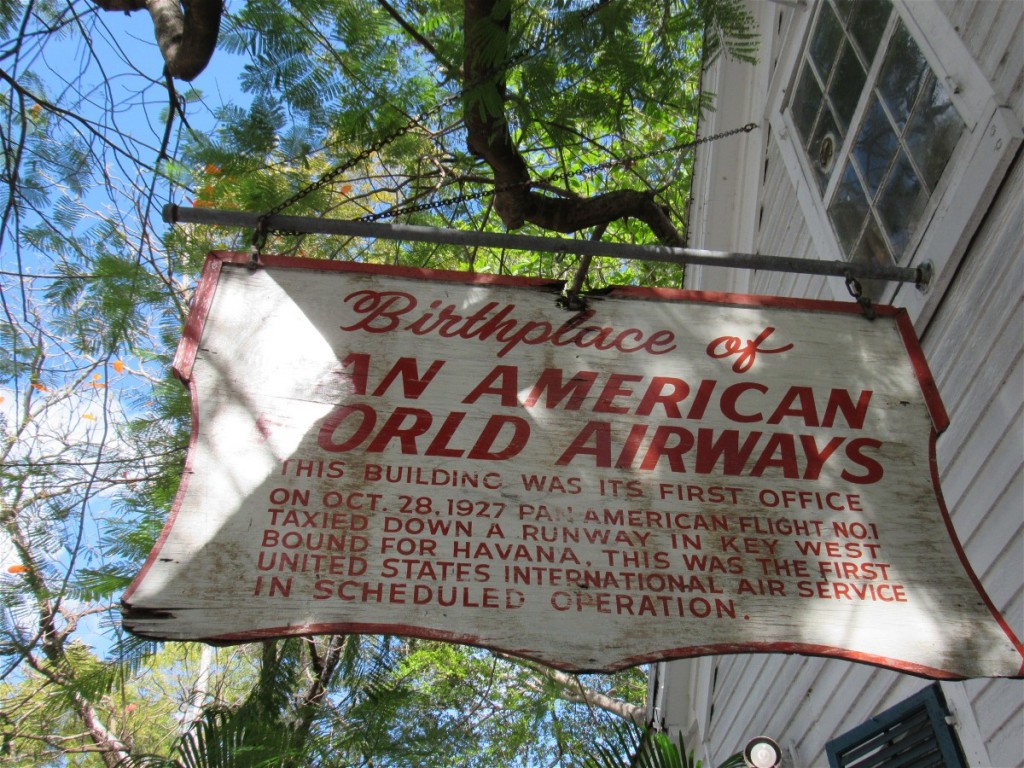 Script on the side of the building

Diann and I will revisit Key West for an update on how it’s changed. It isn’t the Key West of the late ‘90s of early 2000s. Cruise ships have enabled a much more upscale venue. The “raw” aspect of Key West has lost its edge. Success has its down side.
But………….there’s still Fantasy Fest in October LoL.