Being a cruiser, and it being a rainy 50 degree temperature day- I slept in. Diann got up and began sewing around 8AM. The rain pattered on the deck of our Gemini sailing catamaran. Since I didn’t need to get up- I didn’t. 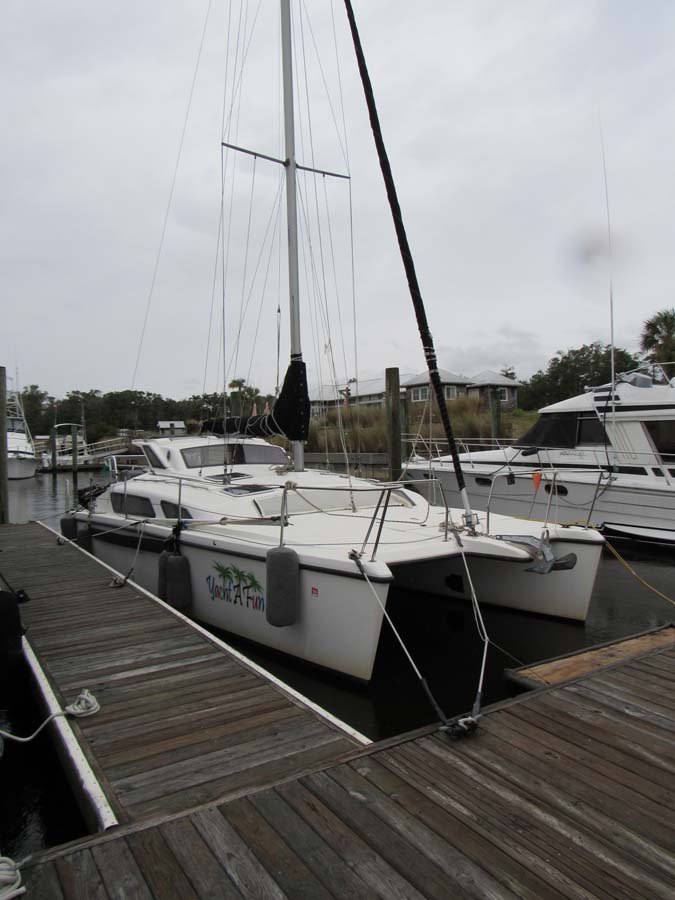 Yachtafun on a gray cool rainy day in Southport NC

A late breakfast of cereal and part of an apple bear claw was joined by double dripped coffee, and my regular review of the news to see what may have occurred during the night.

After engaging in that “get up routine” I proceeded to get active. Boating projects are never over.

First, I made a 3 cups of flour sized ball of bread dough and washed the pots and bowl used in the process. This loaf of bread is being cooked in our 4 quart Crockpot. After oiling the crock, I turned it on LOW for 8 minutes and allowed the loaf to begin to rise. It was rising so well, I had to coat the upper parts of the crock to minimize the dough sticking to the ceramic sides. 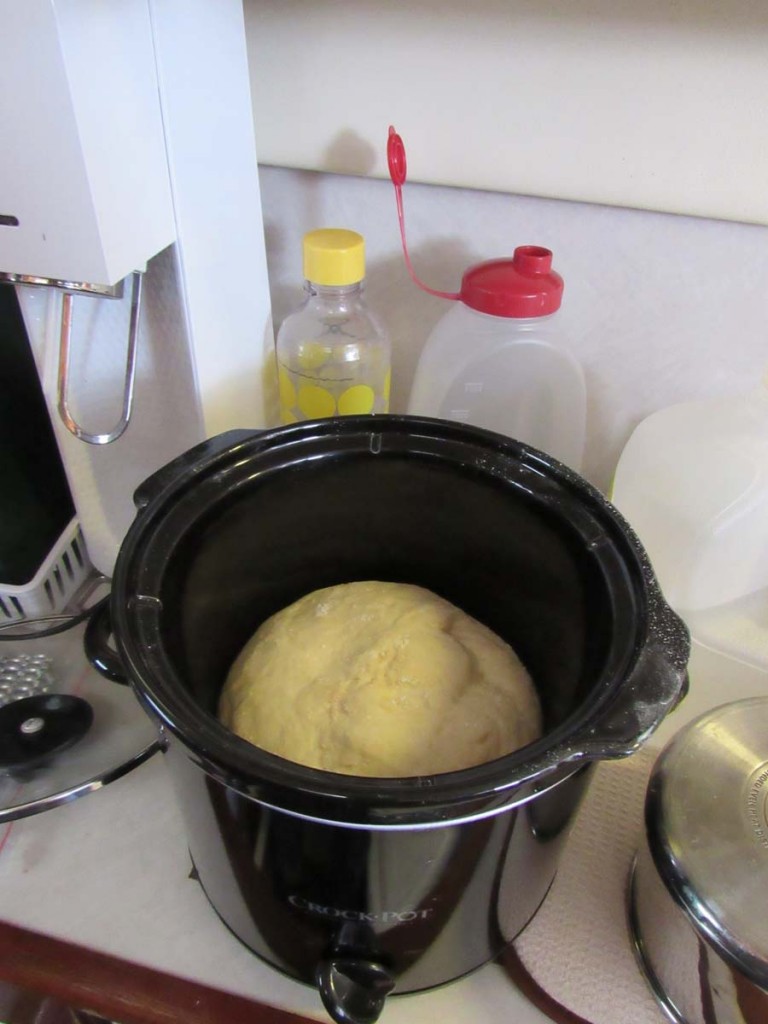 Yeast Bread with regular milk, sugar, and butter as it begins to rise in the crockpot before cooking.

Around 4:30 I’ll turn the crock back on to High for just under 2 hours. It’s Yacht A Fun’s first slow cooker bread baking. But it’s supposed to cook the bread interior to the needed 200 degrees!

Mundane, I know, but the garbage had to be taken out. And this time the can needed rinsing.

Remember the rain- Zoey had pottied on her cockpit carpet- so that needed to be rinsed and hung to drip.

I felt it time to check our water tanks to see if they needed filling. Ooops there was a small puddle of water on the floor of the starboard water tank locker.

The wet / dry vac had last been used to vacuum the floor- so before removing water from the locker floor, the vacuum had to be emptied and the filter system brushed free of lint and removed.

Vacuuming the water puddle was simple enough. There was about a half gallon poured out.

Was the water there from earlier having overfilled the tank? That’s one more thing to check.

It’s 3PM. The bread is still in rise-mode. Diann continues to sew a Memory Quilt- which takes all the space of the salon table. So, I’m enjoying the Bald Head Island Ferry lounge as my work station rather than improvise on our catamaran. 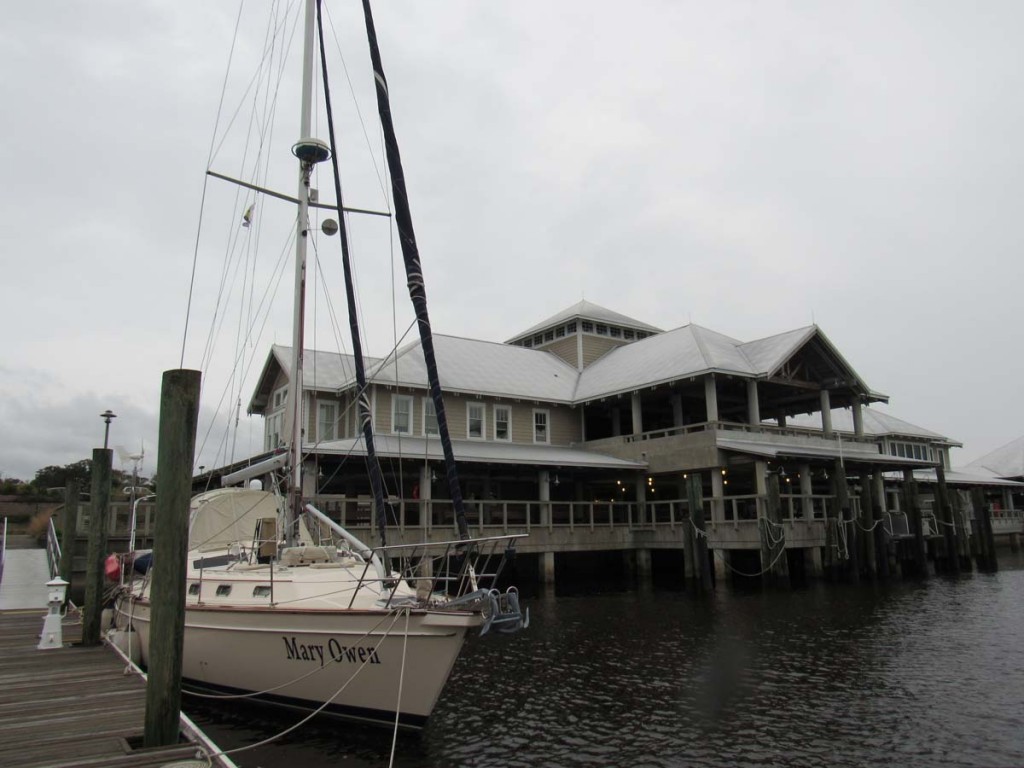 The Bald Head Island Ferry Terminal lounge is on the upper level and has a view of the harbor and Cape Fear River.

We be cruising….on the dock in Southport…for the winter. Being “on the grid” with electricity (for heat, running a dehumidifier, and crock potting) is adding a new perspective to the ones we learned while on mooring balls in Florida last winter.

Friends in our hometown, and our family members occasionally ask, “is being on the boat all that you expected?” The answer is “yes, and more”. My firm belief for those considering cruising is that your expectations will define your response to changing circumstances. The less you “prescribe what you expect”- the more you will be able to enjoy each moment for what it is, and not be unhappy about what it is not.