Who’d a thunk-it? Fog so thick you’d think you were a character in Stephen King’s book “The Mist”.

During Thursday evening Sea Fog rolled into the marsh and river. It became so thick we couldn’t see beyond our boat. Friday morning it thinned enough I could photograph our neighboring sailboat, also anchored in Crooked River.

The fog did not lift at all. One couldn’t see ICW channel markers if attempting to navigate further. So we sat and waited.  Dinner was a simple afair…. 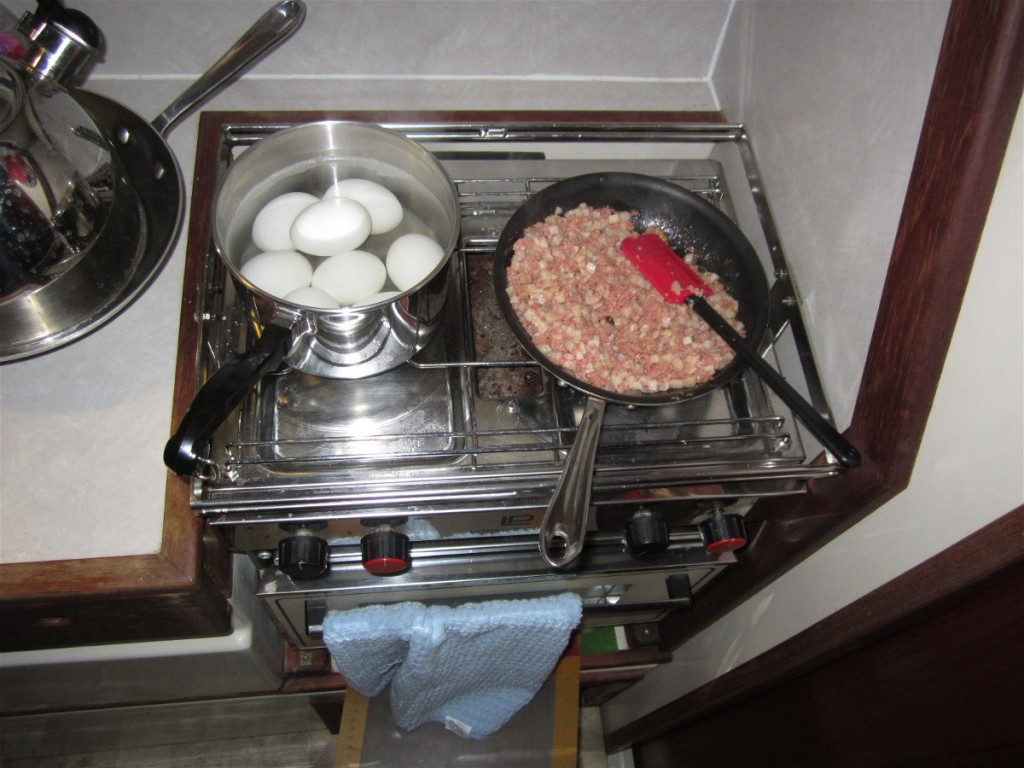 Saturday morning we were still fogged in. Winds gusting to 30MPH were expected for Sunday. We didn’t want to be stuck at Crooked River when we could be on a mooring at Fernandina during the winds. But we couldn’t leave until the fog did.

Finally, at the last departure hour for being able to make it to Fernandina before dark- our companion boat headed out. I went outside and saw that patches of blue could be seen and that the fog had thinned and lifted within fifteen minutes. Another “who’d a thunk-it”.

Picking up both anchors ( with another learning experience about which anchor should come up first) and we headed to Fernandina. Fortunately I’d called earlier in the day to reserve a mooring ball, just in case.

We got mooring ball #8- the only available ball for Saturday night. As we turned off Cumberland Sound, back onto the ICW, we heard another boat radio Fernandina Harbor Marina. In short order that boat radio’d Amelia Island Yacht Basin. Obviously we had been told correctly that we had the last ball. 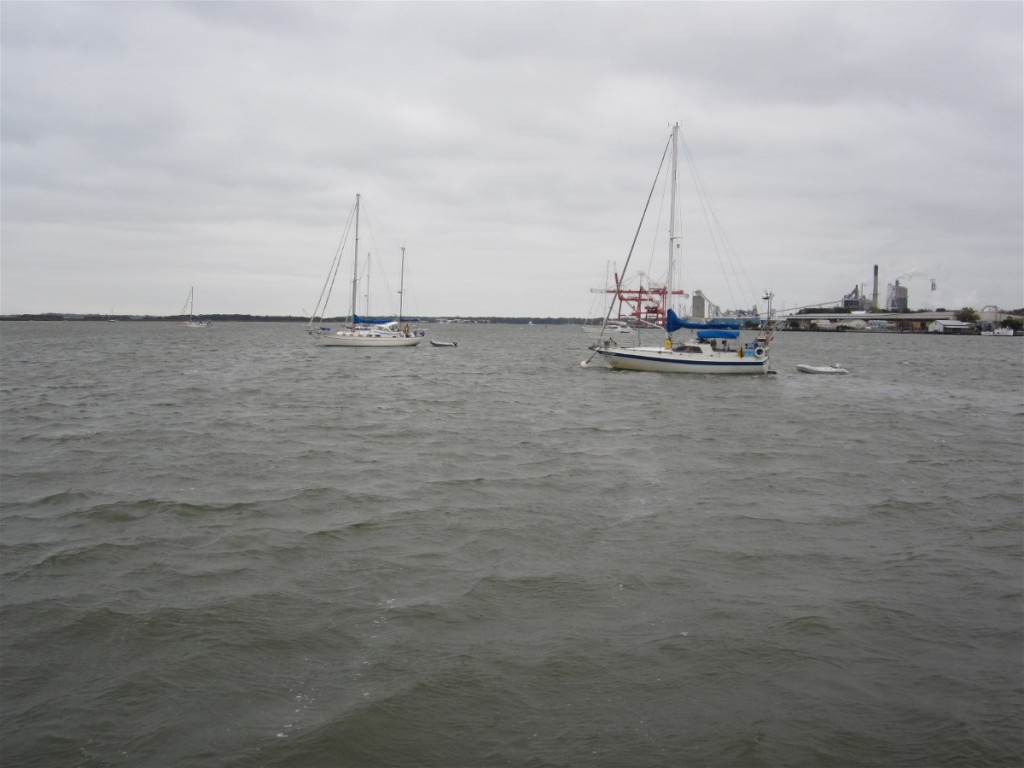 other boats in the Fernandina mooring field

We arrived just at sun down, located the ball, and made the connection. Hot showers and a well deserved dinner out were next. 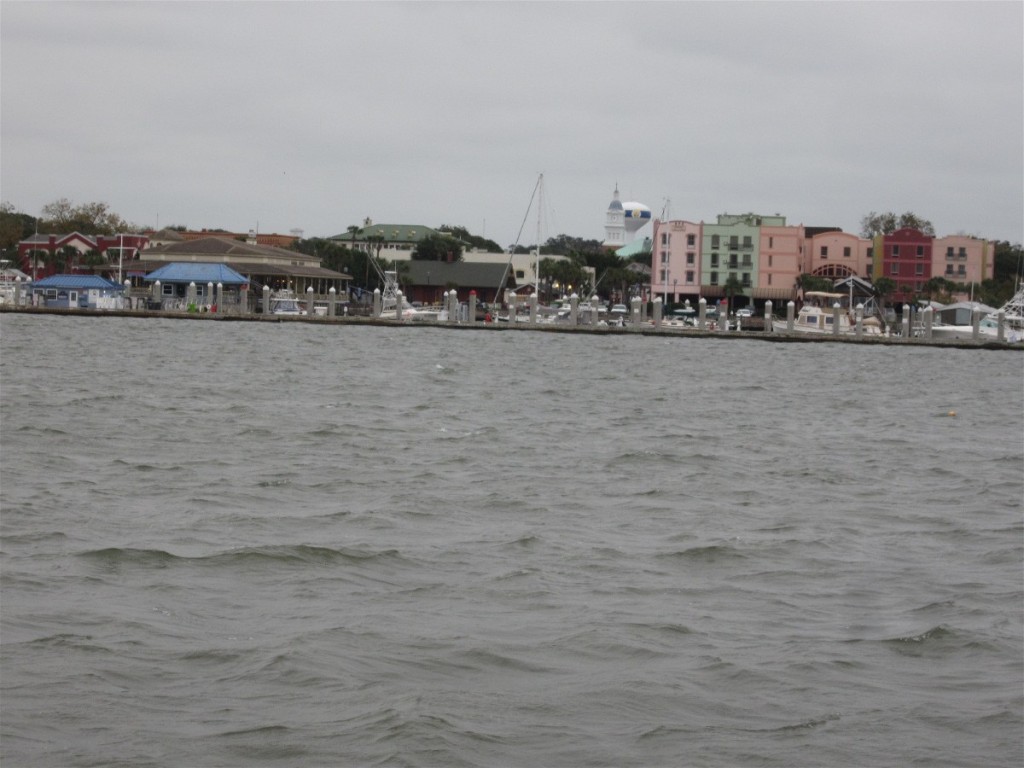 Marina office and edge of town

We dined at The Crab Trap. I had a bowl of crab claw soup and a ½ pound hamburger. Diann had the flounder stuffed with crab meat and crumbs. The atmosphere was very nice. For those cracking their own crabs, or shucking their own oysters- there are 3 gallon plastic buckets recessed into the center of each table. Service was excellent. The food we scored a 7 out of ten.