Today exemplifies one of the reasons Diann and I enjoy cruising on our Gemini catamaran. We remain “cruising in place” in New Bern, NC. Today’s main event for the town’s support of conventions and tourism- the North Carolina Association of Municipal Electric Systems Lineman’s Rodeo 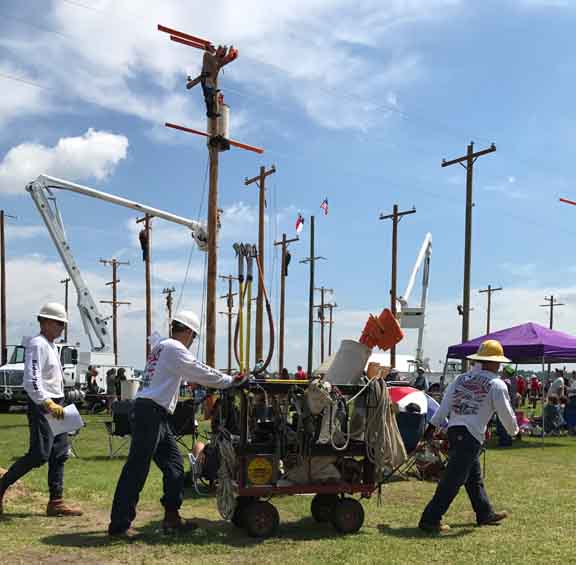 Heading back to their tent

Two weeks ago, multiple electric power poles were planted in the ground of the vacant lot next to Persimmon’s Restaurant, which is part of New Bern’s river walk. The power poles were used today during the linemen’s competition. A review of the association’s web site reveals that safety is a main criteria for scoring high. 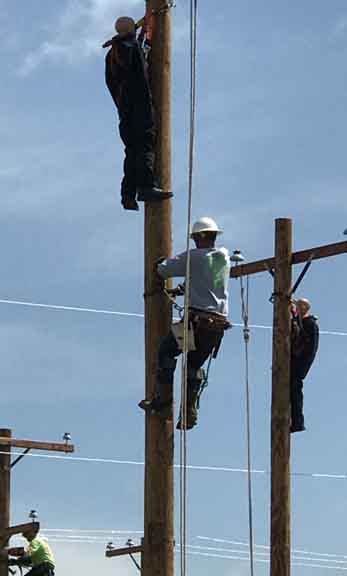 Climbing to a rescue

Bleachers were available for viewer’s seating. Diann and I simply walked Zoey the girl dog, observed for a half hour, and took photos.

Watching how the neutral and hot wires were capped off answered a question I’d had about how linemen avoided being shocked when up a pole. 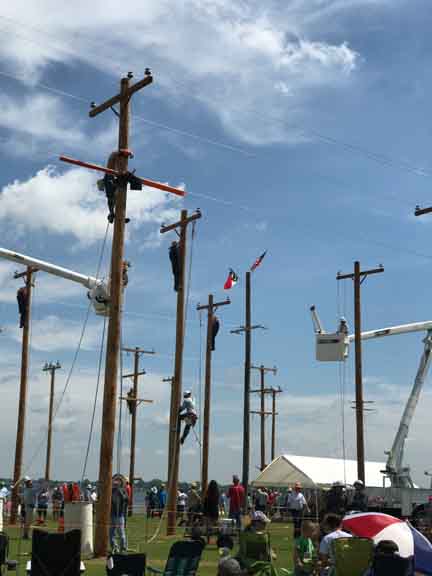 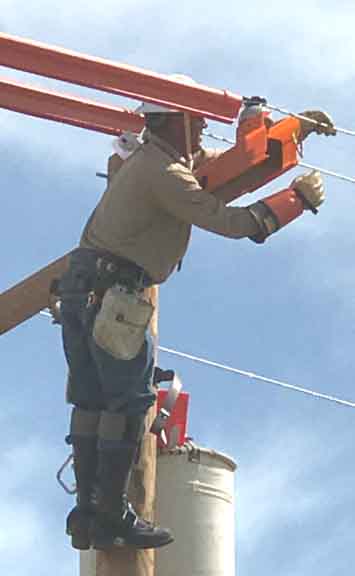 Dummies were used to simulate the rescue of a disabled lineman. The rules included not bumping the dummy into the pole, making a soft landing, and landing in a designated spot next to the pole.

Getting ready to attach to the dummy

Something interesting happens in New Bern on a regular basis.  If you’re considering cruising, do it sooner than later.

The story / blog of Yacht A Fun, a Gemini catamaran sailboat, traveling the ICW and east coast with insights to the extended cruising life. NCAMES Lineman’s Rodeo