The Lunar Eclipse was April 4th. Diann slept in as I got up for the eclipse. I wish I’d gotten up earlier so as to have seen the lead up to the eclipse. Still, it was a pretty cool event to witness from one’s own catamaran sailboat in a harbor of over two hundred additional boats. 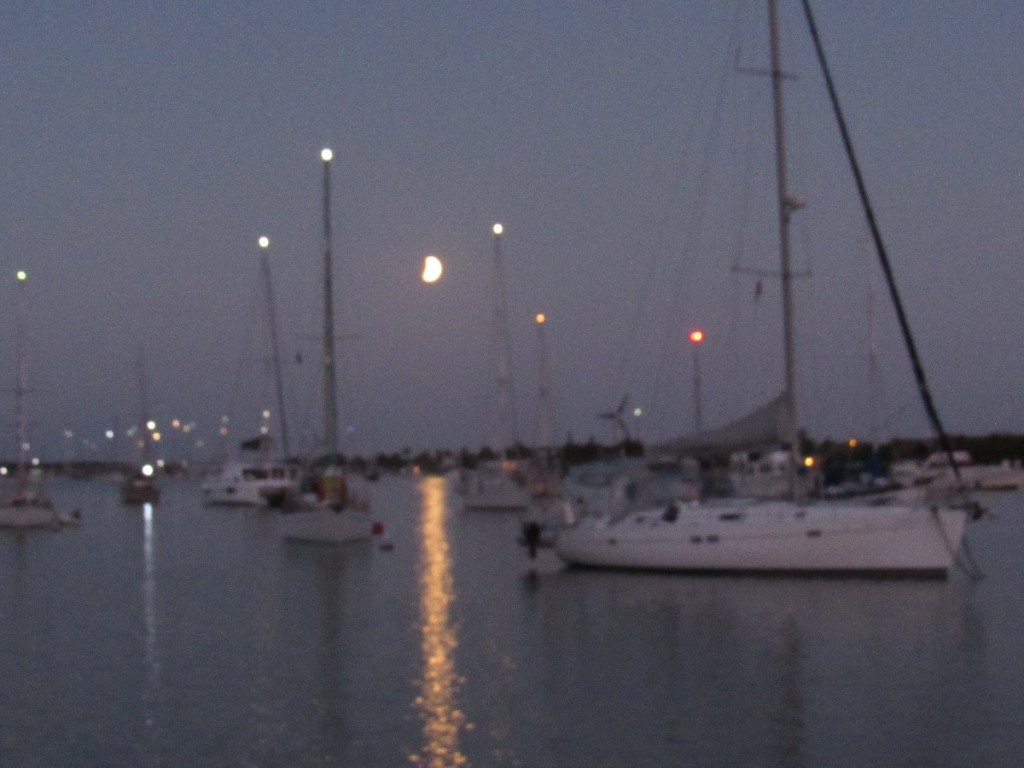 As typical, there’s always some element of maintenance to do on a boat. The 3/8” galvanized anchor chain that had been installed in early 2014 had begun to rust. Four hours after taking it off the 35 pound Delta anchor and nylon rode, I had brushed each link, rinsed the chain in fresh water, let it quickly dry in the sun, and painted it with Rustoleum paint. Four hours of effort for 20 feet of chain!   Two more hours were spent putting it, and other anchor lines to their respective anchors. 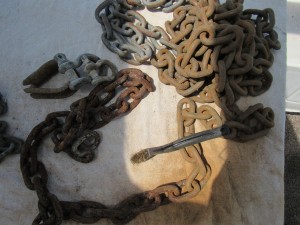 20 feet of chain
four hours to clean and paint

Saturday evening we went to the Boot Key Tiki Hut for an improv music gathering. Various boaters played as the daylight ended and the blood moon began to rise. 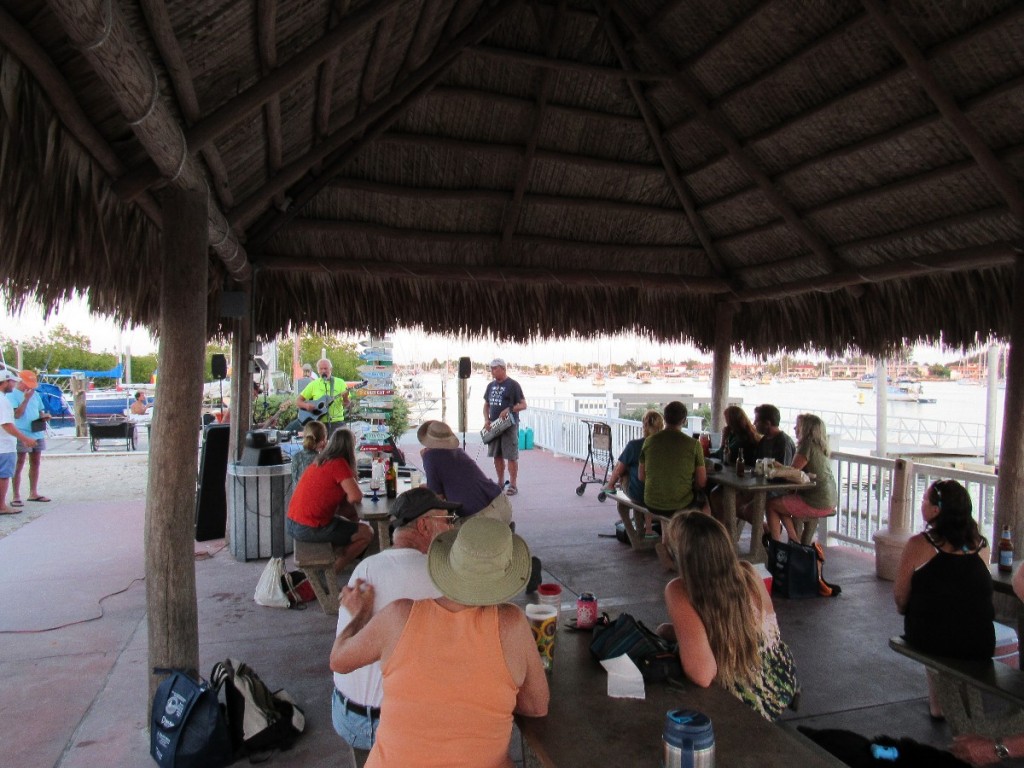 chips all that was left after the pot luck dinner 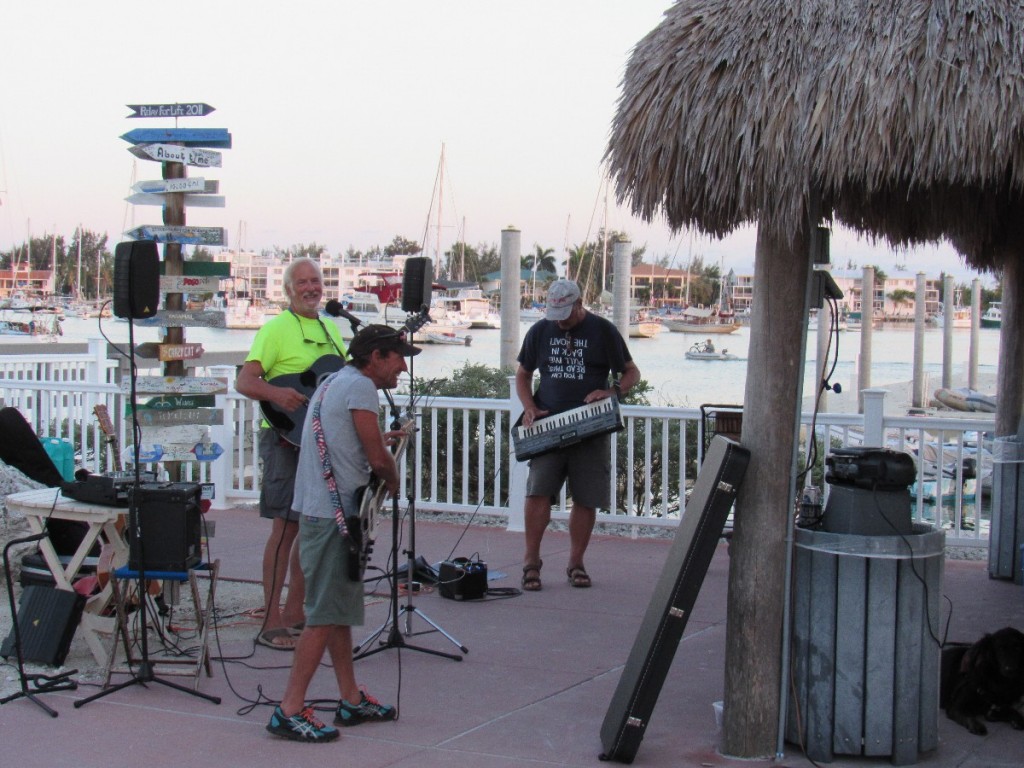 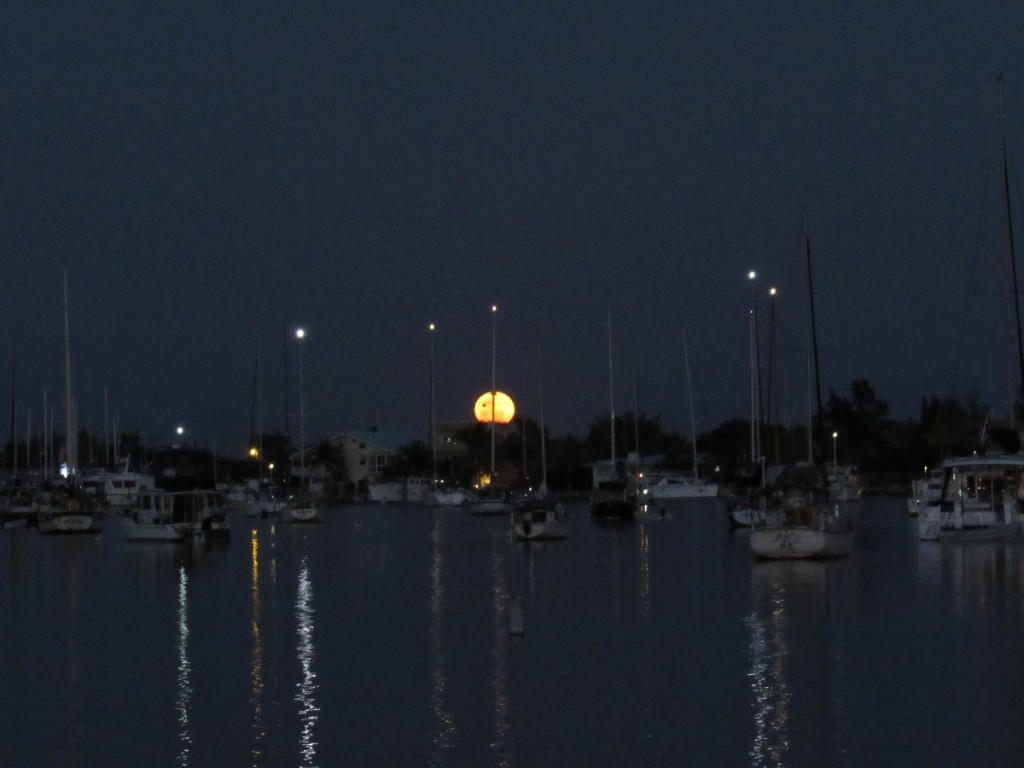 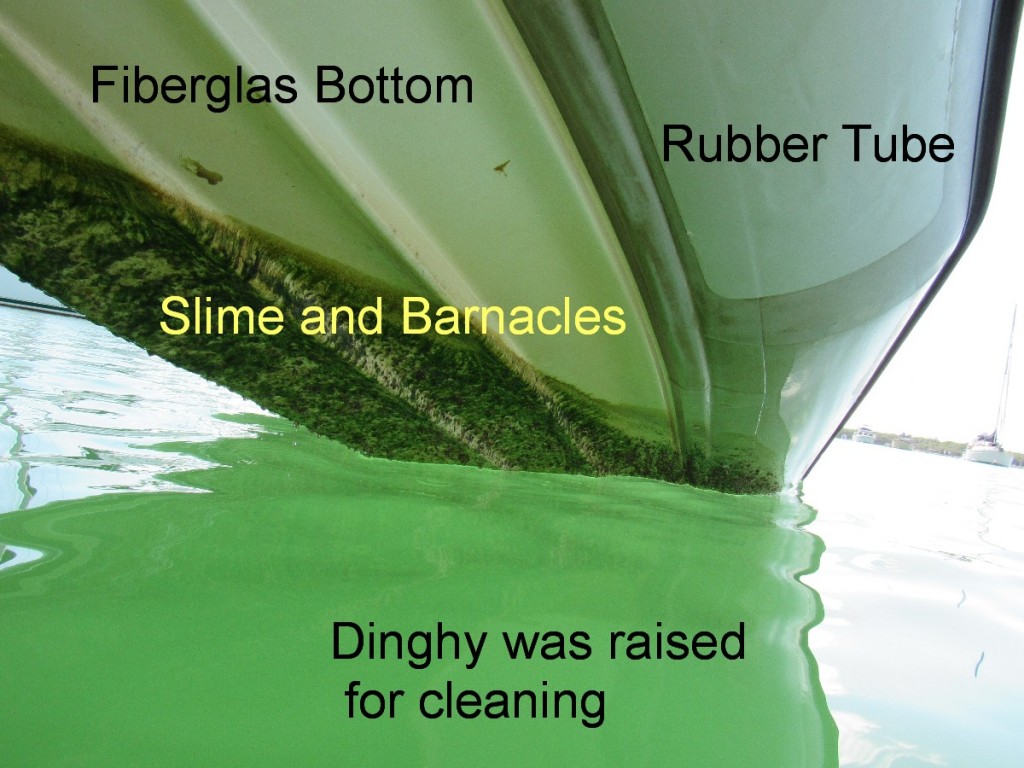 Sunday evening we went to Dockside for happy hour and to hear the Sunday Jam of various musicians. One of the patrons had brought a Macaw. It danced a bit on the fiddler’s arm. 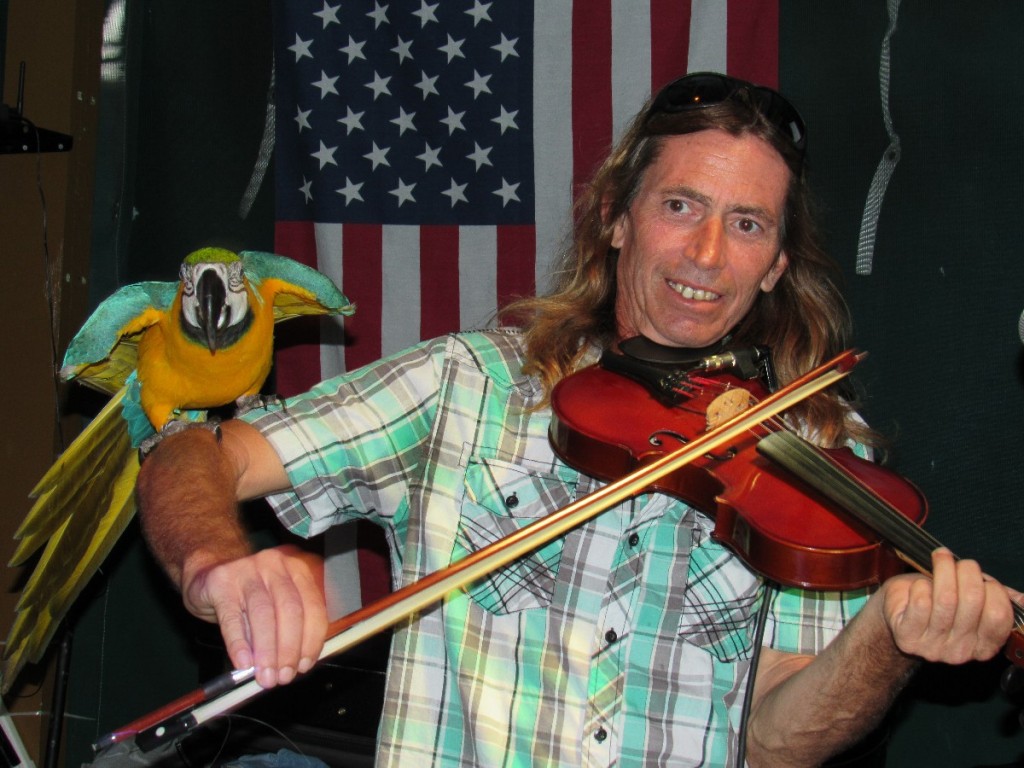 Then Diann had it come over for a photo. Zoey wasn’t fazed a bit, but she had her left eye “peeled” just in case…….. 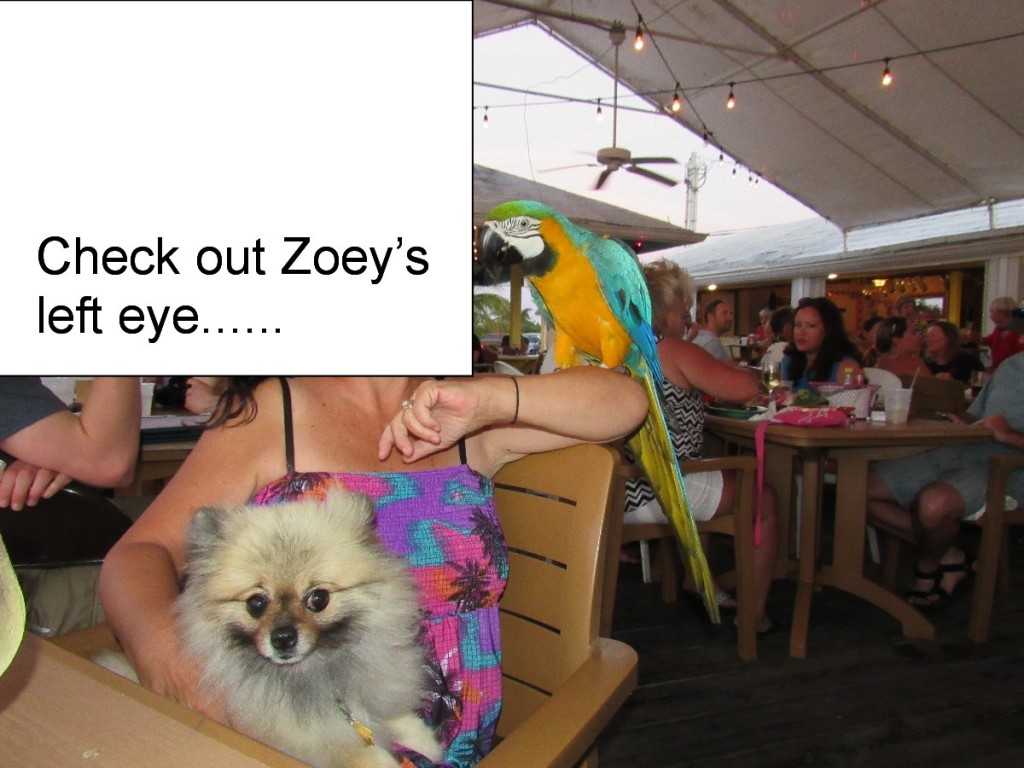 We enjoyed simple meals on board that week. Flat bread pizza crust made it simple for one of those dinners. 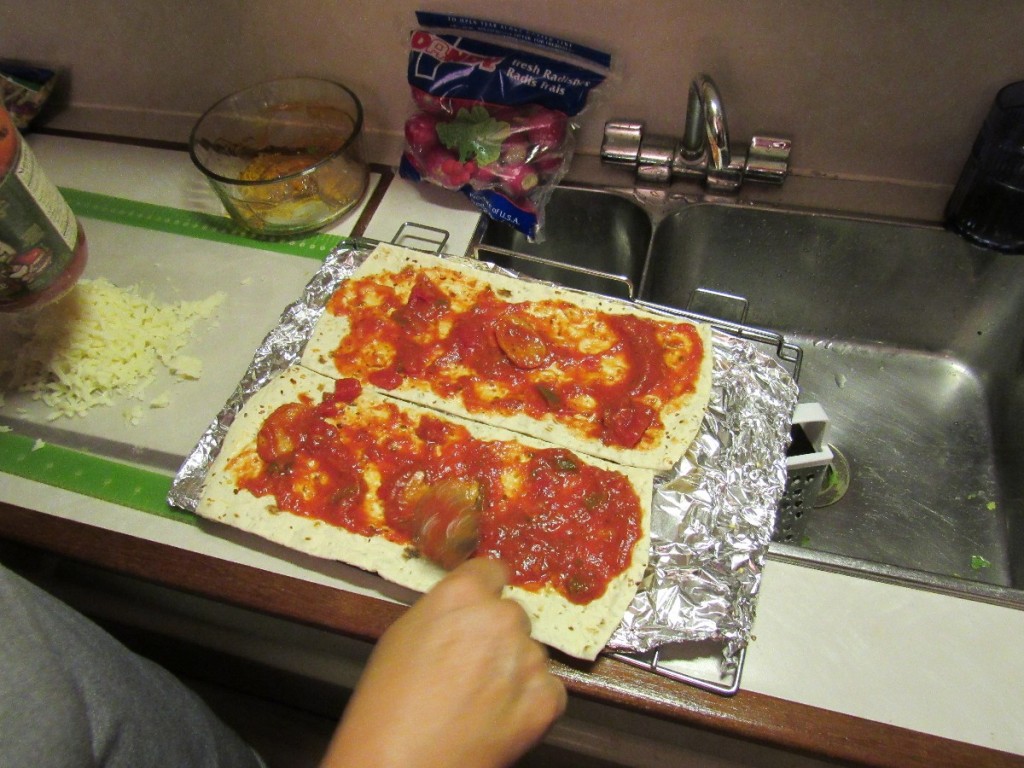 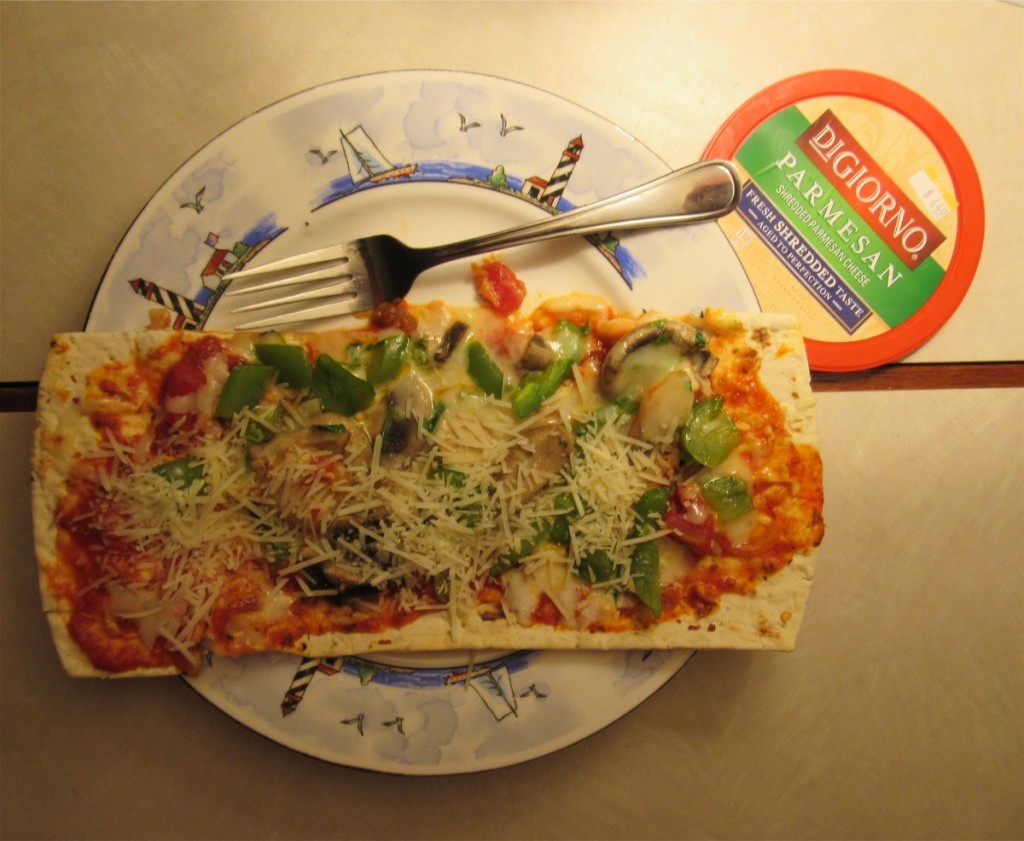 Water wonder, Holly, uses her small sailboat as a wind powered dinghy. Here you see her zipping back from Dockside’s to her place on the south western part of the mooring / anchorage at Boot Key Harbor. 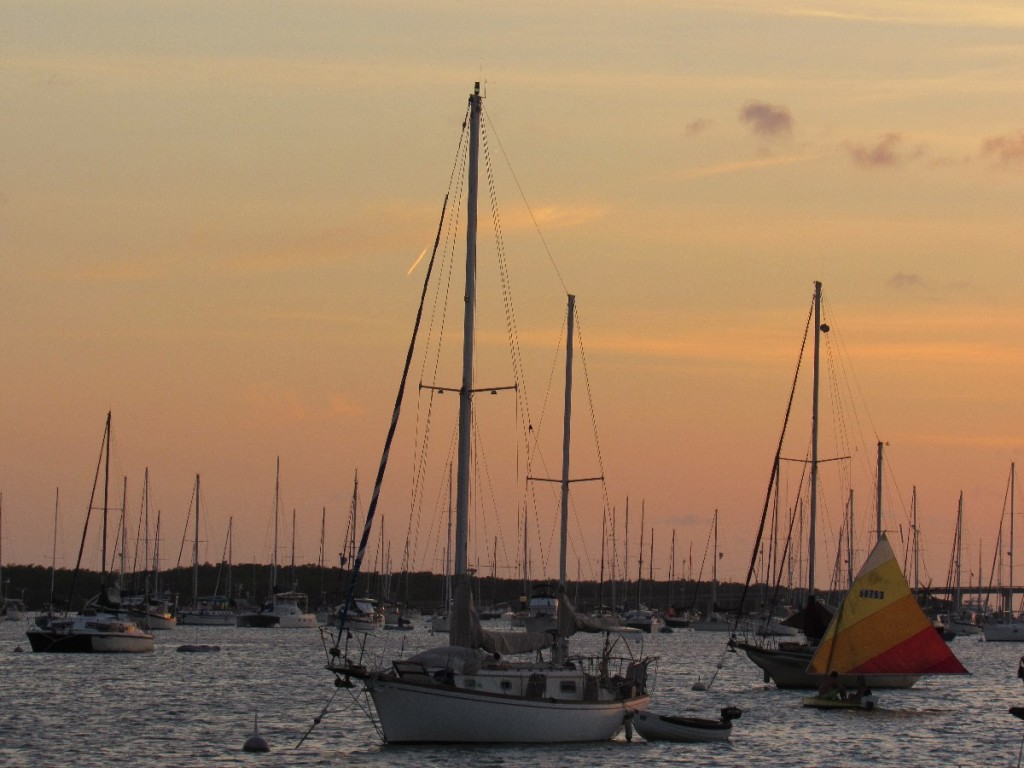 Zoey is seen enjoying a breeze as it streams along the port side of Yachtafun. She has become quite the boat dog. She’s also taken to jumping down, from the boat, into the dinghy. She wants to be sure and enjoy a ride to shore (or where ever). Diann and I are concerned she may injure herself- but stopping her will probably be more than difficult. 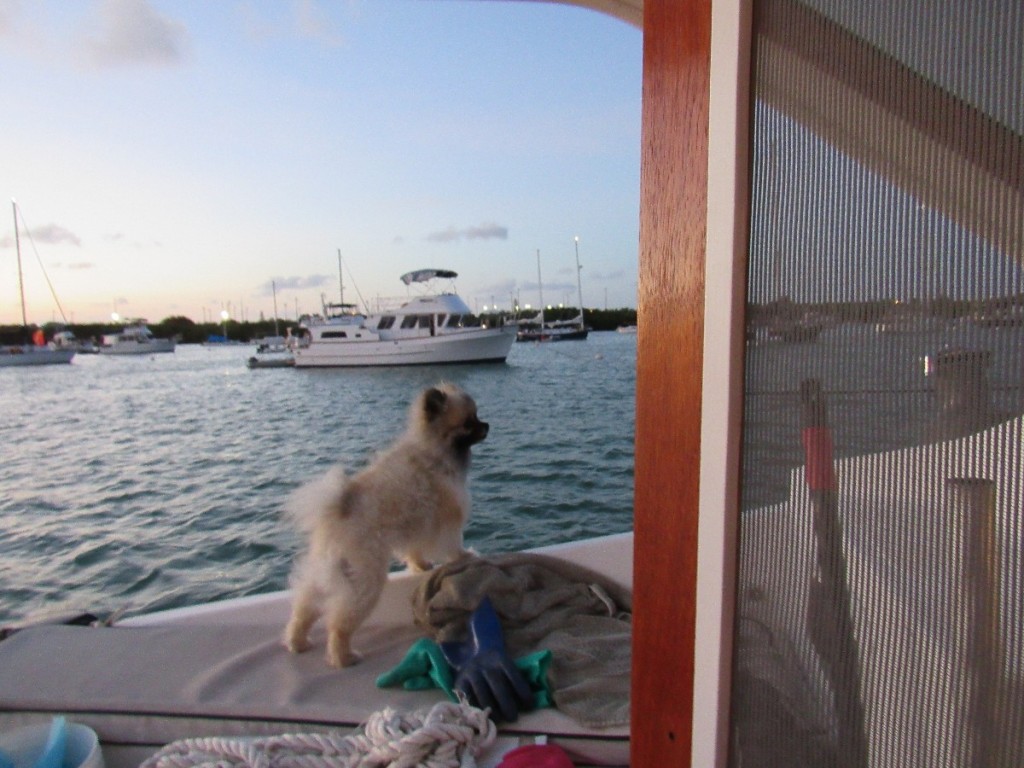 Zoey the boat dog sniffs the breeze and wonders “what’s next?”