Diann had asked that we get a Crock Pot for our Gemini sailing catamaran while tied to the dock this winter here in Southport, NC. We were avid slow-cookers when land based and both working “regular jobs”. Being able to leave the boat, while a soup or pot roast cooks, is something we won’t do when cooking with propane.

Yeast Bread is a specialty for me to bake. Previous to buying this 4 quart Crock Pot I had thought of only baking bread in an oven at high temperature. Our catamaran ’s oven does not perform as well as a standard oven and so baking in the traditional manner had been deemed a failure last winter. 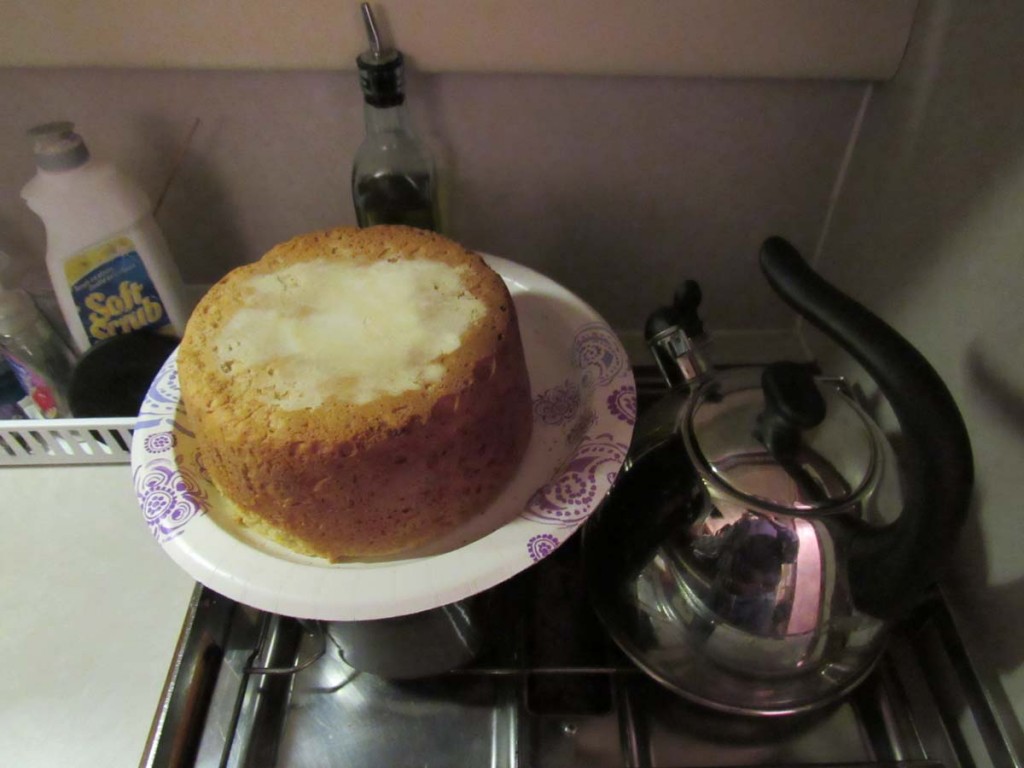 Now that I understand that bread only needs to reach an internal temperature of 200 degrees- I can bake at anchor, just for longer times to achieve cooking the loaves!

Meanwhile- tied to the grid, I can bake in the Crock Pot.

I substituted whole milk for butter milk due to refrigerator store constraints;

All of the water was put into a saucepan and heated to 105 degrees to which the sugar and yeast were added and let sit for        1o minutes;

The milk was then heated with the butter added;

Heated milk was poured into the bowl of yeast water;

3 cups of flour were added progressively as I stirred the batter;

Lastly the dough was kneaded while rolled in the bowl.

To avoid collapsing the risen dough, I chose to place it into the Crock Pot to rise once. The pot interior was coated with a thin layer of olive oil. Raw flour was sprinkled on the bottom to help with the release of the loaf when cooking was complete.

Holes in the top of the loaf occurred as I probed with a thermometer. The dough reached about 130 degrees in the first hour and progressively rose to 200 degrees at 1 hour forty five minutes. 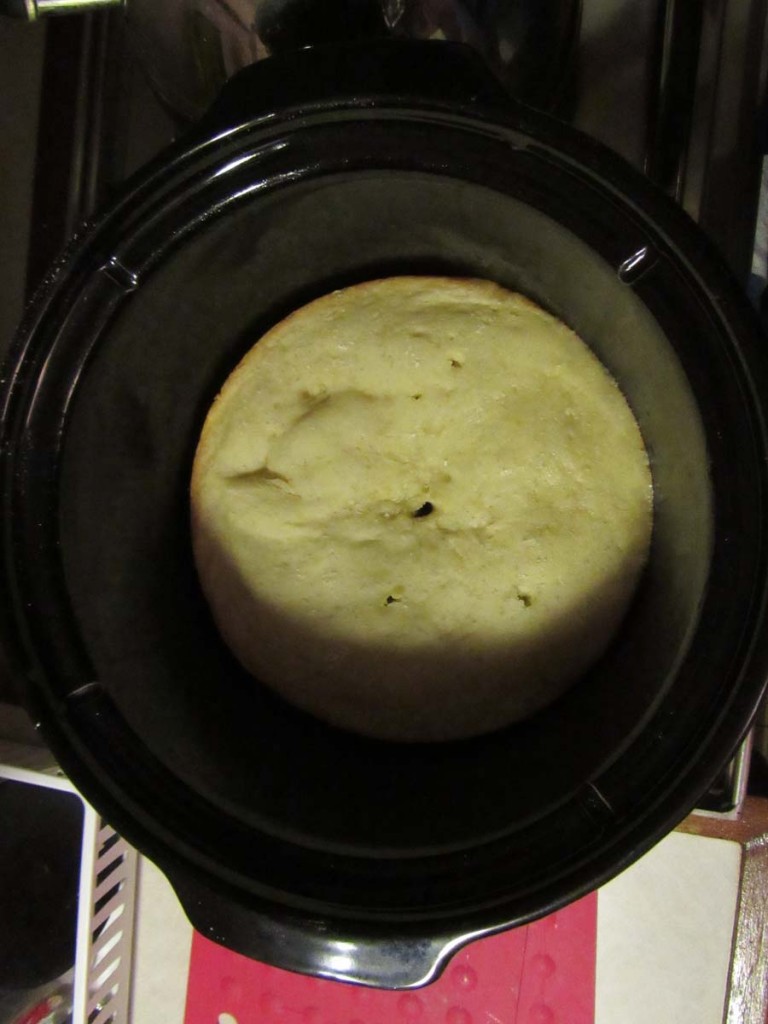 While hot, we added butter and ate so much that we decided to wait on heating the soup that was to be part of our dinner.

Fresh Hot Bread as an Appetizer- not bad. Not bad at all.

The bread’s texture was on target and the crust just right.

( On the hook, we will probably not carry the Crock Pot due to its DC current demand of 20 amp hours per hour of use. Plus leaving the Crock Pot at our storage unit will help minimize boat-stuff and weight- important on catamarans. )