Back in the mid ‘80s I had a birthday dinner at Heidi’s Restaurant at the base of Sugar Mountain in western North Carolina. Heidi and Walter’s restaurant was in an old farm house which was accessed by crossing over a small creek that ran under a homemade wooden bridge.

Heidi made me a custom Black Forest Cake to the standards that must prevail in Austria. Not since has one slice rivaled the flavors she created.    Yet…. I have ordered it at many a restaurant in my travels.

I’ve sampled Black Forest cakes in many places over the past 30 years hoping to find someone else who can make that cake as well as they did. To no avail.

So I decided to learn to bake it myself. On a Gemini sailing catamaran, baking a Black Forest Cake is not like attempting it in a full sized, fully equipped, residential kitchen. But my trials have begun. 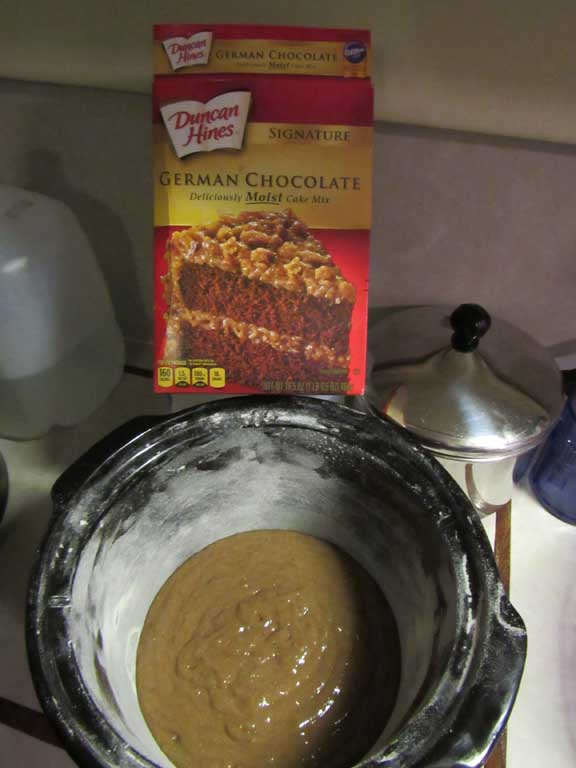 Crock Pot having been rubbed with butter and dusted with flour

There’s a full page on Wikipedia dedicated to the cake’s history and ingredients.   German kirsch is not available in Southport NC.   Nor are fresh cherries of the sort I’d need if using fresh ones.

First I baked the cake using Duncan Hines mix. It was baked in the Crock Pot. 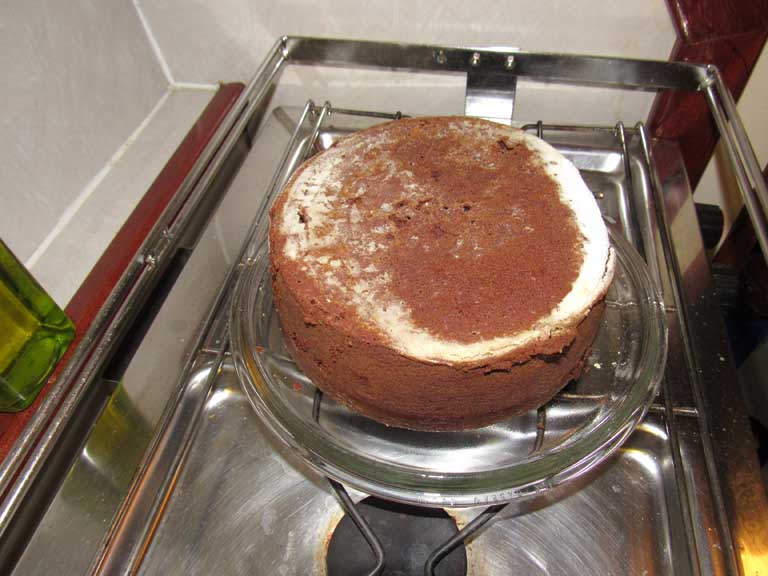 Then I mixed cream cheese and whipping cream to make the “icing”. Arrow brand Kirsch Cherry Liqueur was spooned onto the slices of cake to moisten and flavor them. Cherry preserves from France (only cherry preserves Lowes grocery had) were spooned on as part of the process. 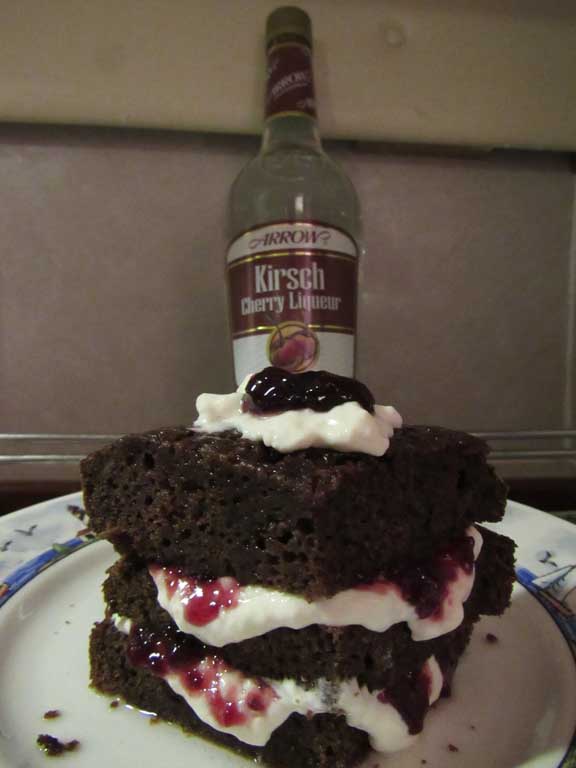 Happy days….. the result was as good as most restaurant versions I’ve had, and better than many.

One recipe calls for sour cream. I’ll use that instead of cream cheese next time- mixed with whipping cream for sure!