Back in April the Raritan Joker Valves had to be replaced and so I blogged a more detailed review of that effort. Though our Gemini sailing catamaran has been dockside (no salt water flushes) for six months- the Joker Valves still gave up the ghost.

Joker Valves may have been called “choker valves” since the duck bill aspect is supposed to act as a one way valve to keep toilet water from coming back into the bowl. It’s called Joker as some humorous way of saying this joke is on you- along with all the attendant material of opening up the toilet’s plumbing system. 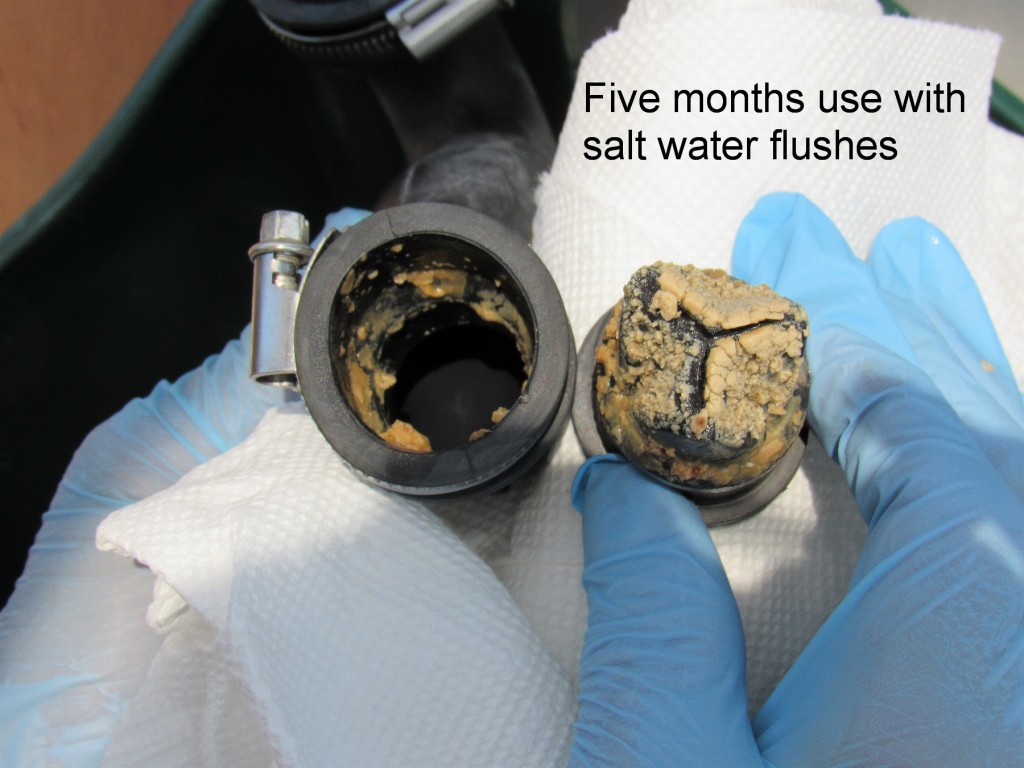 These valves were removed after five months of salt water flushes. The granules result from the chemical reaction of salt and urine. As the granules form inside the valve’s tip, the one way flow aspect is lost.

Since our holding tank’s level is above (and behind) our toilet’s bowl, the weight of the water in the hose eventually overcomes the one way function of the valve. The symptom is fairly straight forward- there’s already water standing in the bowl when you return to pee! Fortunately there’s less water in the hose than the bowl will hold.

To remind you of the process for our Raritan Elegance electric macerator toilet- three bolts have to be removed from the attachment base to then pull the toilet away from the bulkhead opening. Then with great dexterity (because the electric connections and hoses remain attached) the hose clamps have to be loosened. These two Joker valves were adhered to the plastic fittings and so were a bear to pull for replacement after the “swan neck rubber tube” was detached from the macerator and the exit hose. 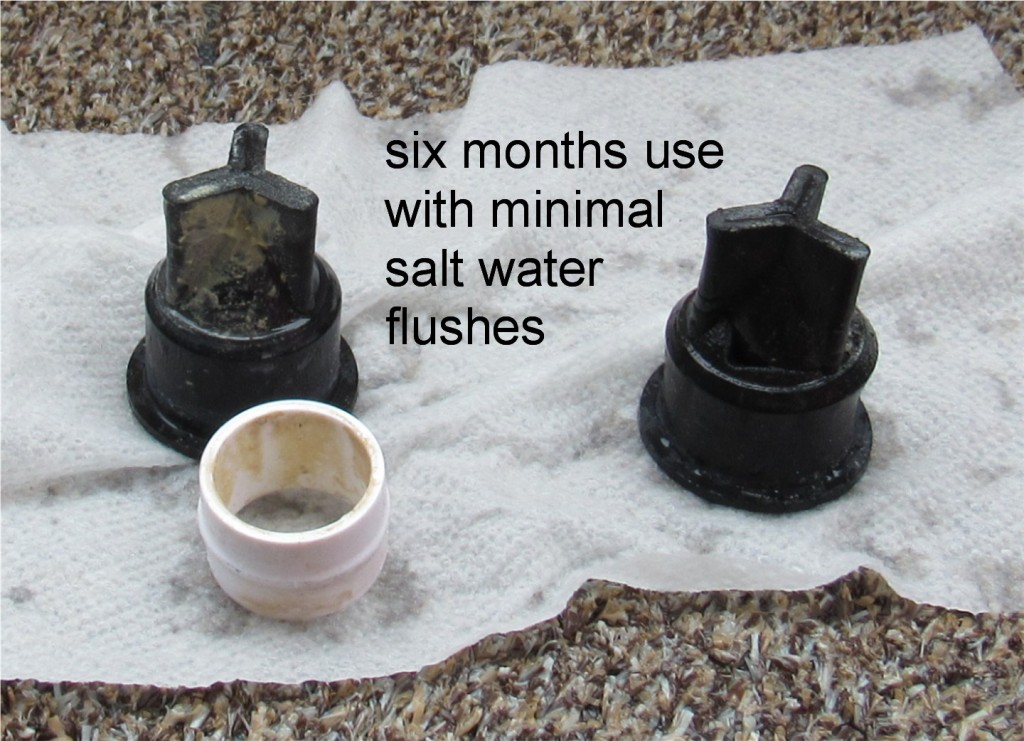 These valves were removed after six months use, five of which were fresh water flushes only. Note the lack of large granules. The worst of the valves was the one closest to the macerator pump. It seemed to have deteriorated- probably urine related.

Putting the new valves on and reattaching the swan neck was smooth and easy. Getting the attachment bolts to thread into the slide mounted nuts was another story. All together the new Joker valve installation for the Elegance toilet on our Gemini catamaran was well over three hours- not counting the mandatory shower afterward— LoL.

As I finish the blog, it continues to rain. If I hadn’t slept so long from my early-to- bed last night, I’d take a nap.