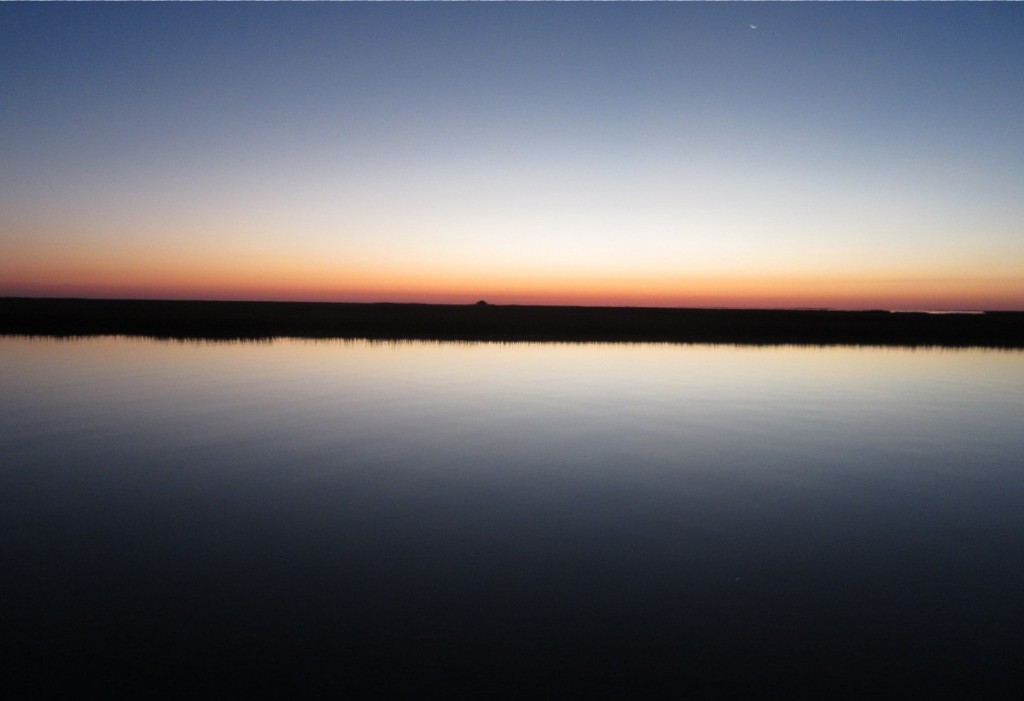 Today went better than planned. We made it passed Charleston, thru Elliot’s Cut, and anchored near St. John’s Yacht Club /Marina.

It was cold this morning. 30 degrees, in fact. The deck to the boat was covered in thick frost as I worked the anchor bridle.

Frost on Yacht A Fun 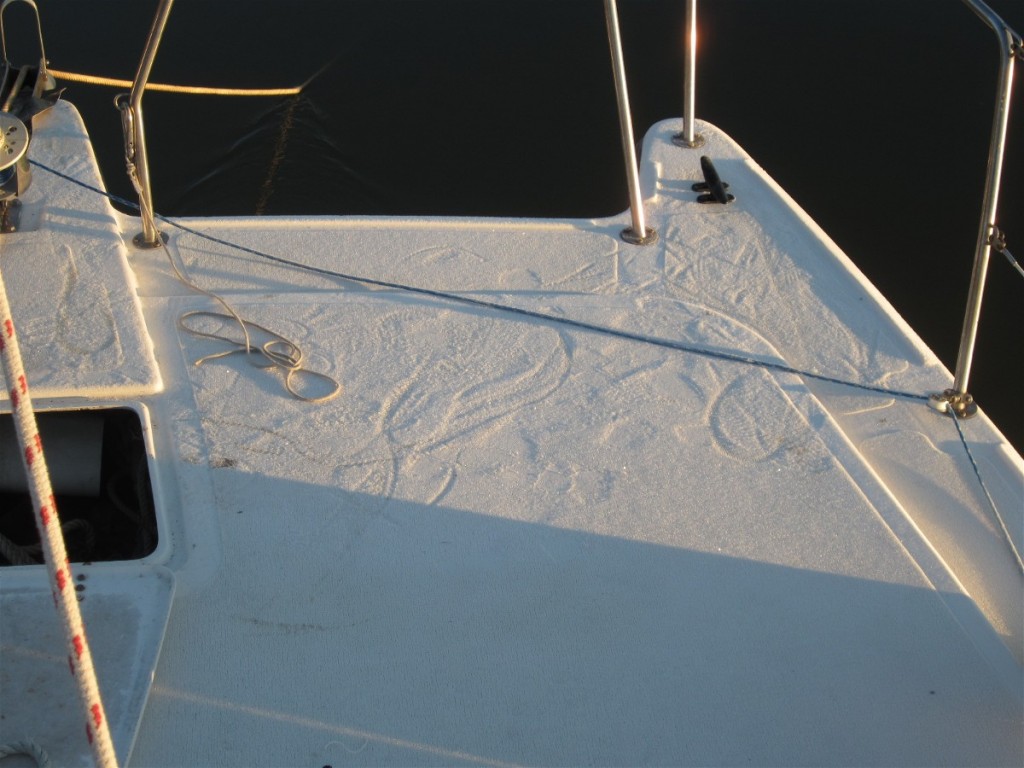 Slippery Deck of our Gemini Catamaran

Thank goodness for the inverted wok and propane stove burner- I could warm my hands before cranking the diesel engine of our Gemini catamaran. Diann, as usual, was at the helm. I again went forward to man the anchor. We use Motorola radios to fine tune our communication about “forward” and “reverse” on the engine. Hand signals are used for forward direction and for neutral.

It was a hoot to move into the ICW and immediately fall in behind AdventEURE, a Hunter 33. We were pretty much together to the Isle of Palms. 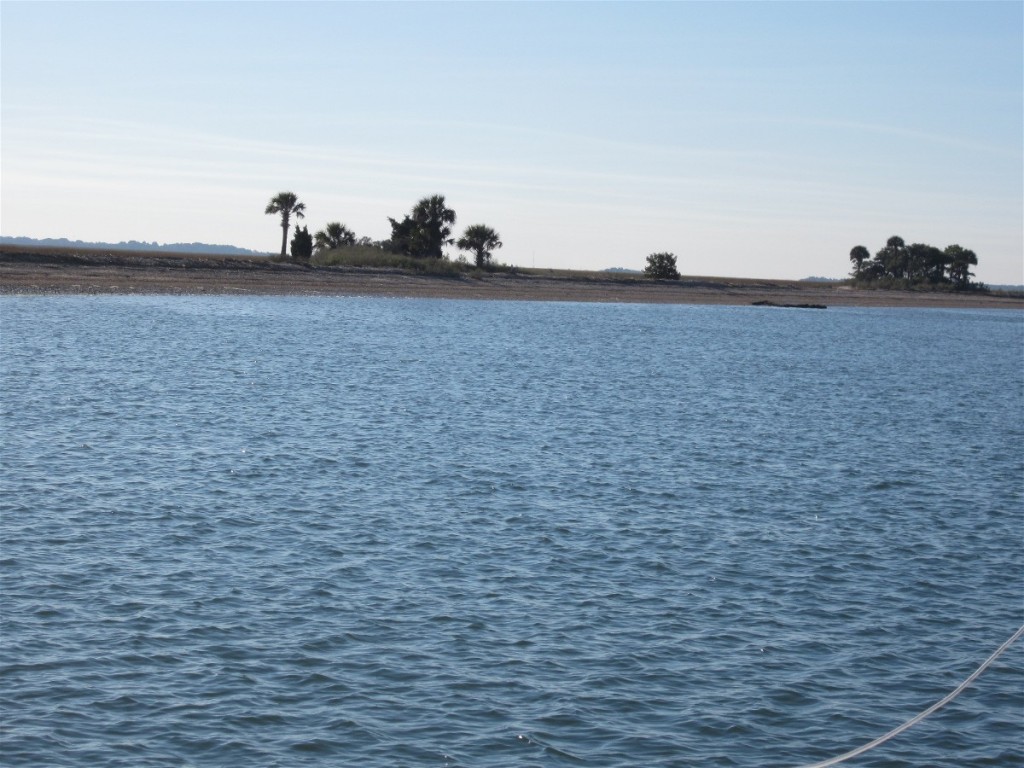 Almost at Isle of Palms, RagTop radioed that they wanted to pass. Don Scales (the boat’s owner), who we met at Deaton Yacht Services in Oriental, and his wife are with a group also headed to Florida.

AdventEURE and RagTop pulled into the Isle of Palms Marina for lunch. Yacht A Fun kept on toward Ben Sawyer swing bridge. 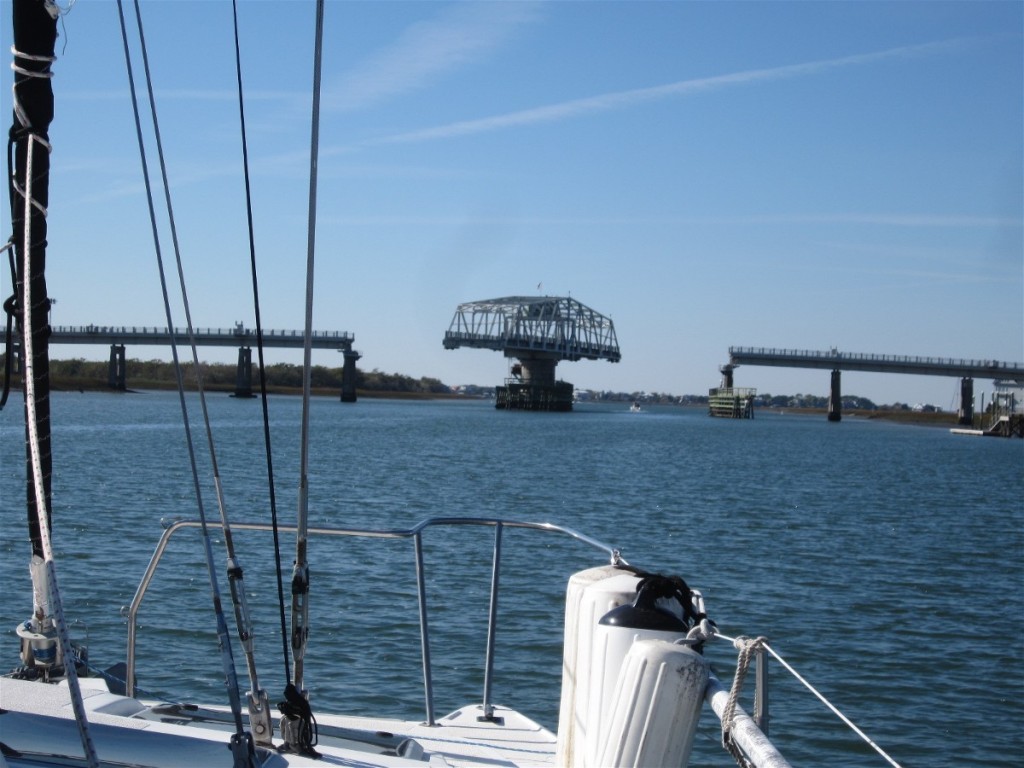 The water got so shallow that a barge and tug were stuck. I radio’d the Captain who said I could make it around him on the port side. With our Starboard center board down, we were drawing about 4 feet. Our depth gauge read 5 !!! But we did make it thru. Last we heard, the barge and tug were still stuck on the shoal.

Passing thru the harbor at Charleston was uneventful. We had little wind and the current was favorable.

We did so well that we skipped anchoring in Charleston and went on to the Wappoo bridge. Note the 2.3 miles per hour shown on the gps. 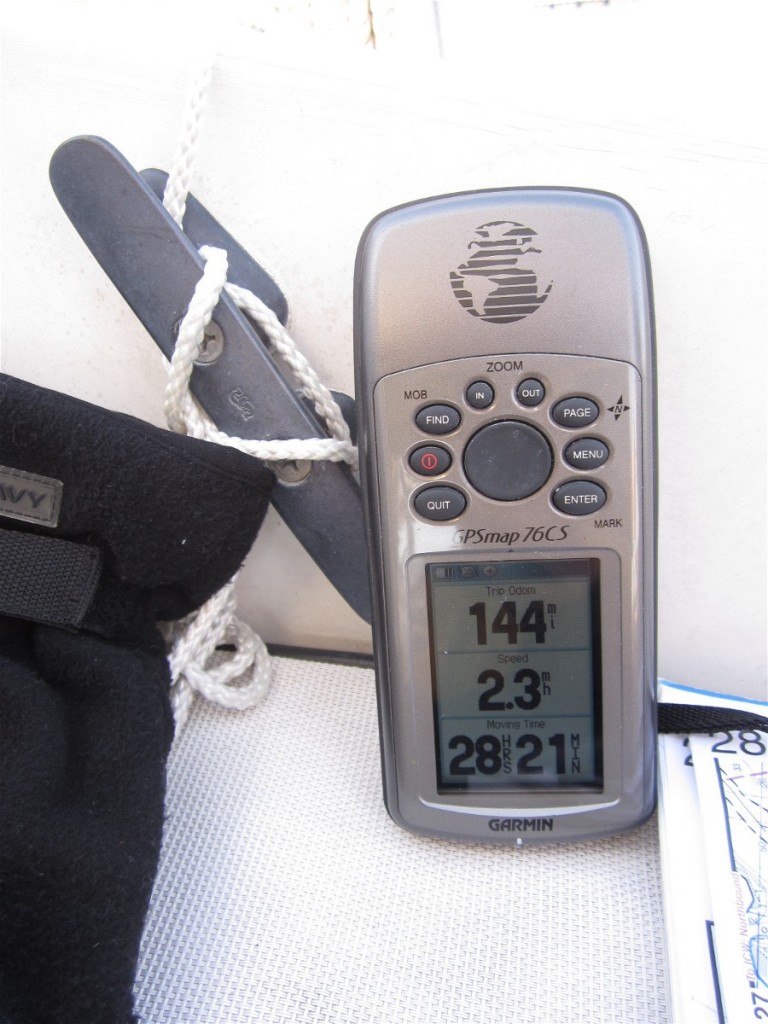 That’s how slow I had to motor, for last half mile, as we approached the bridge. Being used to “pedal to the metal” in business, the idea of going slow to meet a bridge opening schedule was counter intuitive – and stressful.

We made it to St. John’s Yacht Club / Marina for fuel and then anchored out for the evening.

The facility is much improved in the past ten years.

The sunset was a decent end to the day.

Tomorrow we will anchor about half way to Beaufort SC.