On Saturday morning, December 5th I called, Haag & Sons Seafood on Oak Island NC, to inquire if they had a selection of fresh oysters in the shell. “Yes we do was the reply.” The speaker added, “but if you want some you better come this morning. Our supply is limited.” 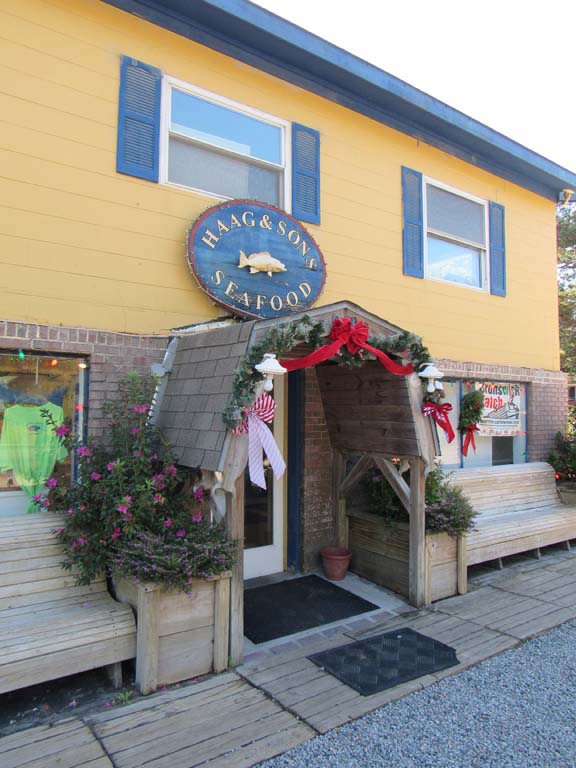 Also mentioned to me was that the Oak Island Christmas Parade would begin at 2PM and that the road would be restricted beginning about 1PM.

Diann and I conferred on seafood, in addition to oysters. Carrying a five gallon pail, I quickly left our Gemini sailing catamaran. The Jeep trip to Haag, from Deep Point Marina, was about 8 miles.

Happy Happy is the best way to describe my feelings as I walked into the Haag seafood market. Number 1, on my list, is that it was clean. The smell of fresh seafood was without any hint of souring fish decay. Number 2 on my list was that the market has an incredible variety of fresh fish. 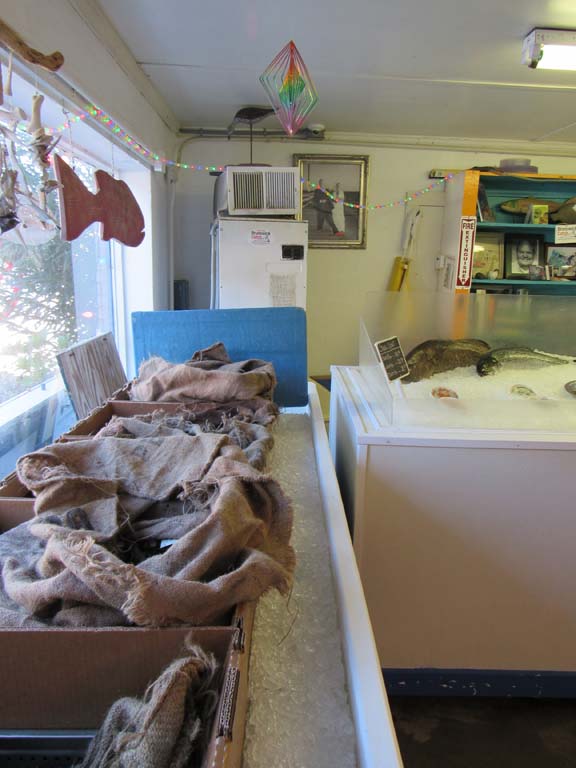 Boxes of oysters are displayed in the front window. Whole fish are displayed on a bed of ice. Shrimp are in large stainless steel bowls. Other seafood is stored in the market’s coolers. 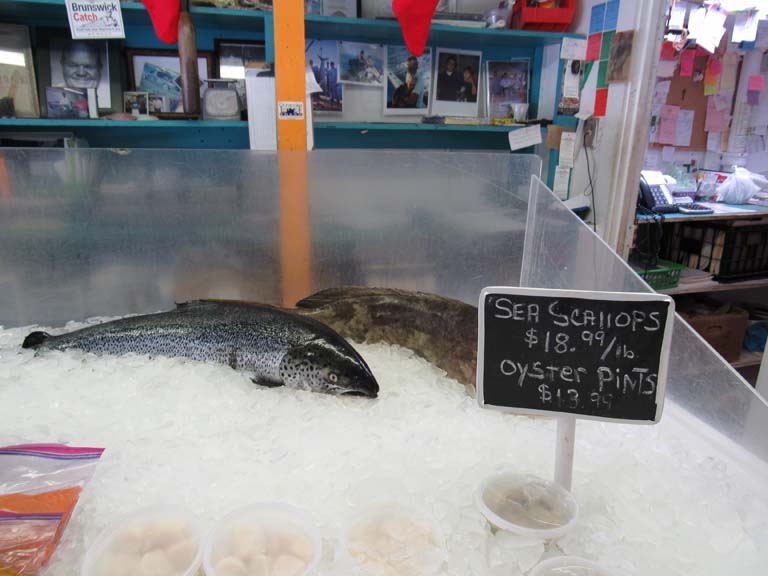 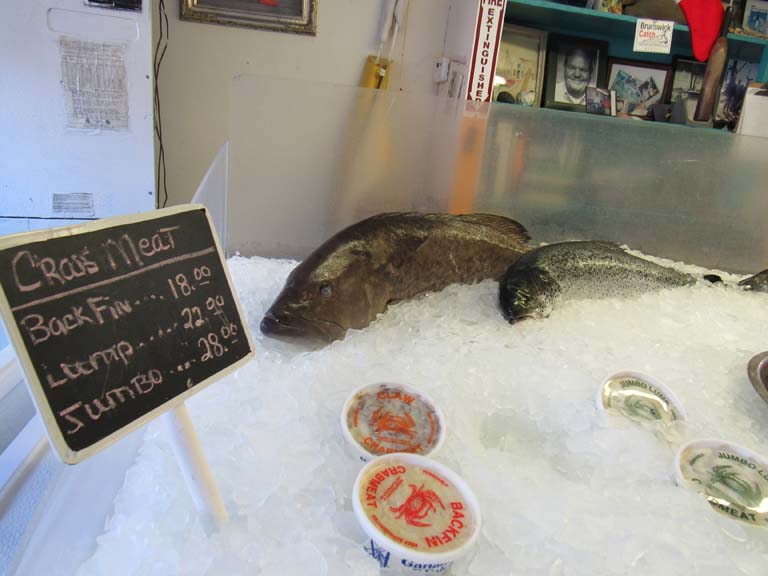 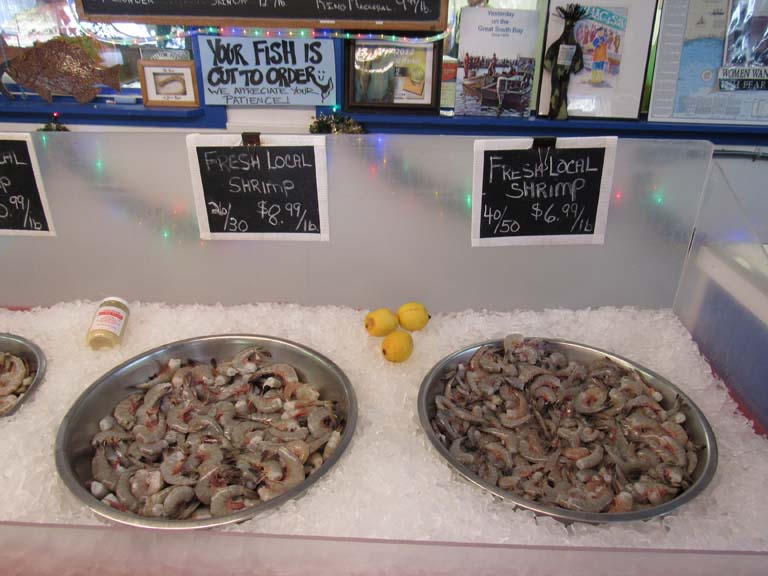 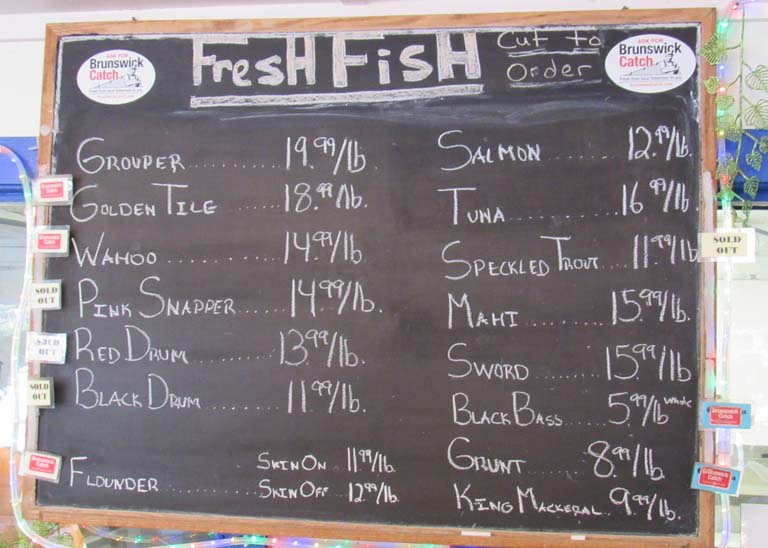 Spices and such are part of the ambiance and displayed on shelves next to the front door.

Diann enjoyed the visit before the parade began

If you only need eight shrimp to accompany other items on your dinner list- they will gladly count and weight that small portion!

Added to my filleted flounder and shrimp purchases was a peck of “Stump” oysters. Stump Oysters have more of a salty flavor than other local ones. As a result Stump Oysters, at $17 a peck, were a bit more that the other three varieties in stock.

The empty five gallon pail became my “take out” bucket- which made sure no seafood fluids would find their way into the Jeep’s cargo box.

While paying for my items I learned that the market was having an oyster roast to accompany the parade. Roasted oysters would be provided in the parking lot AND we could park in the lot to observe the parade! 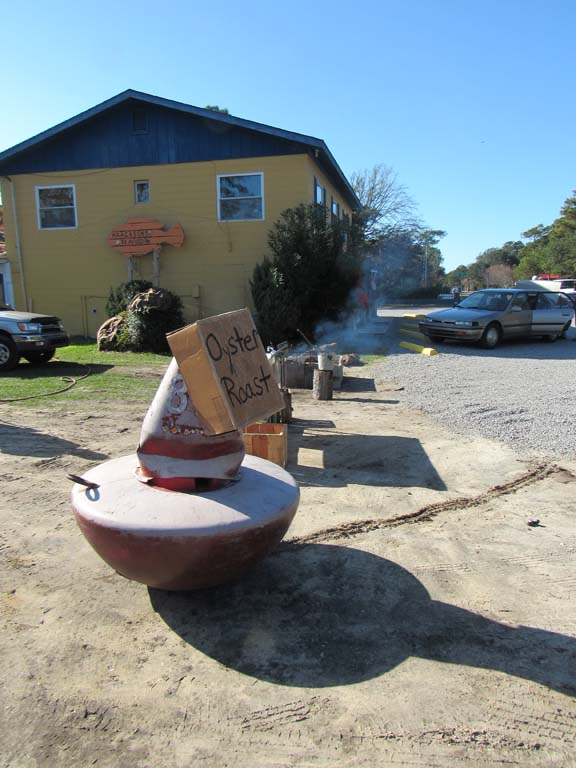 There’s an “ice house” on Howe Street which vends 16 pound bags of crushed ice for $2. On the way back to Yachtafun I stopped by for the ice which would be needed to preserve the peck of Stump Oysters.

It didn’t take long for me to create an oyster cooler by combining a milk crate, towels, and ice. The lower towel created a cold wetness for the oysters, as ice melted while wrapped in the upper towel’s folds. (By shading the oyster cooler, the small amount of ice used lasted from Saturday morning through Sunday night.) 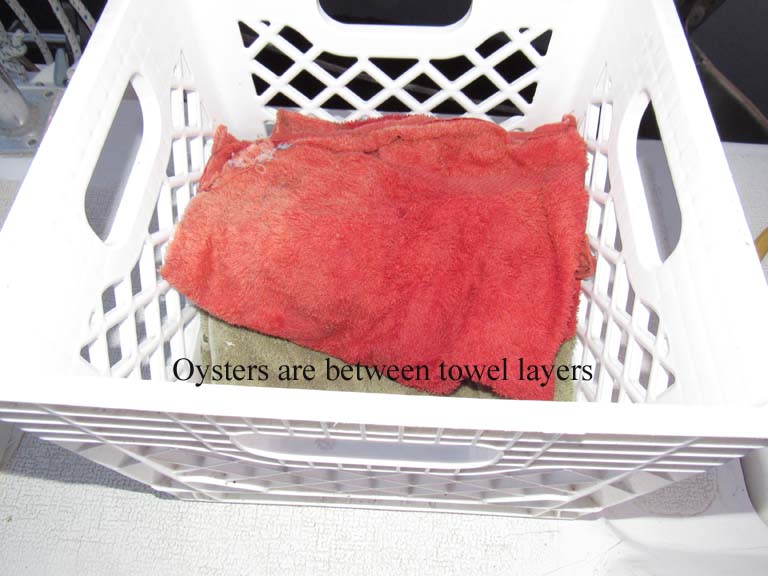 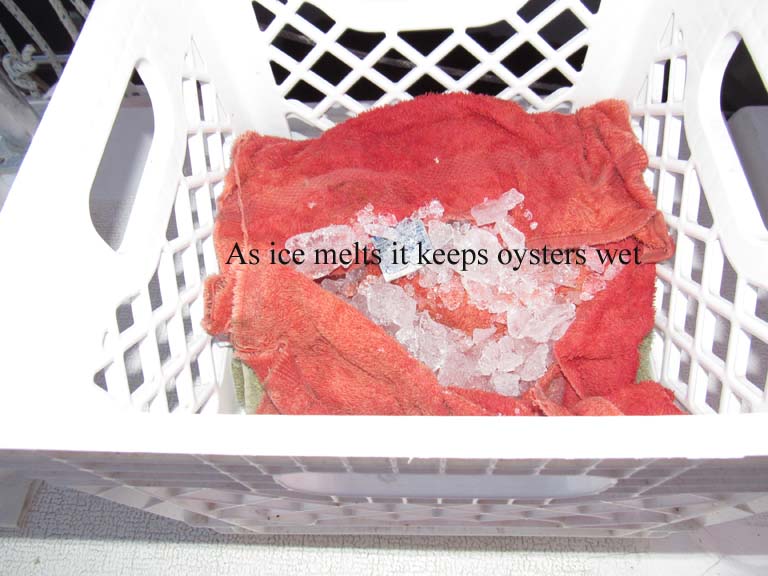 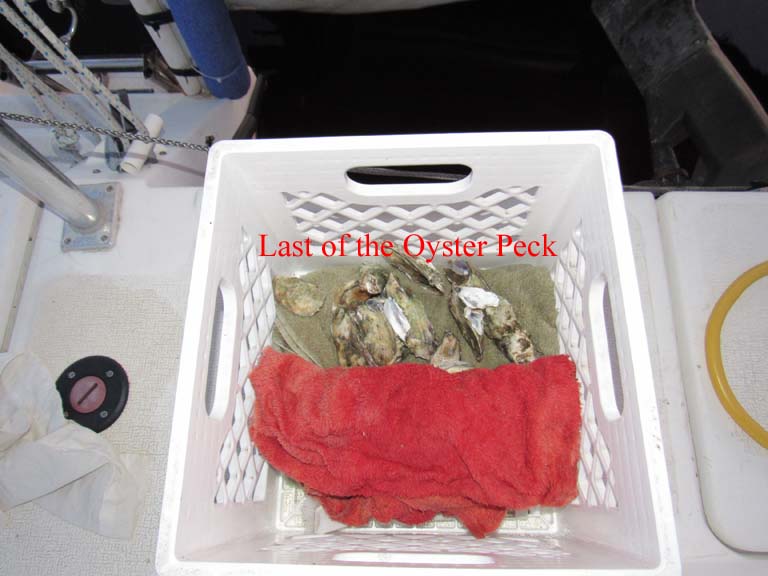 Diann had taken a shower while I was away on seafood duty. We made it to Haag’s Seafood market just before 1PM and were able to back up to the road and place our canvas chairs in position to have excellent seats for the parade.

Fire pit made of cement blocks and firewood. The wire rack will go on top to support the oysters. 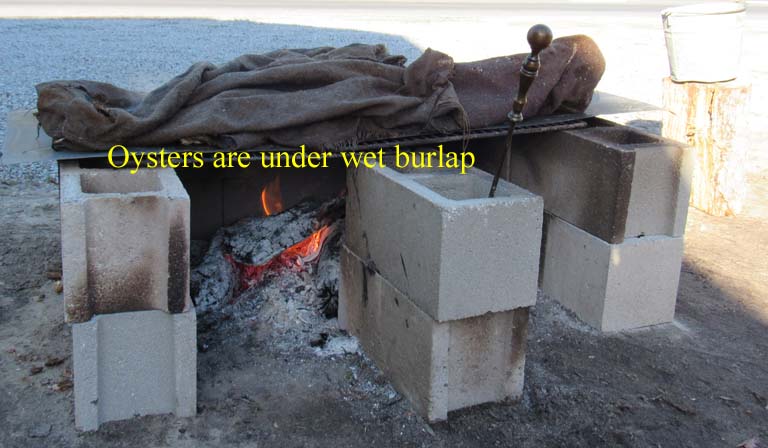 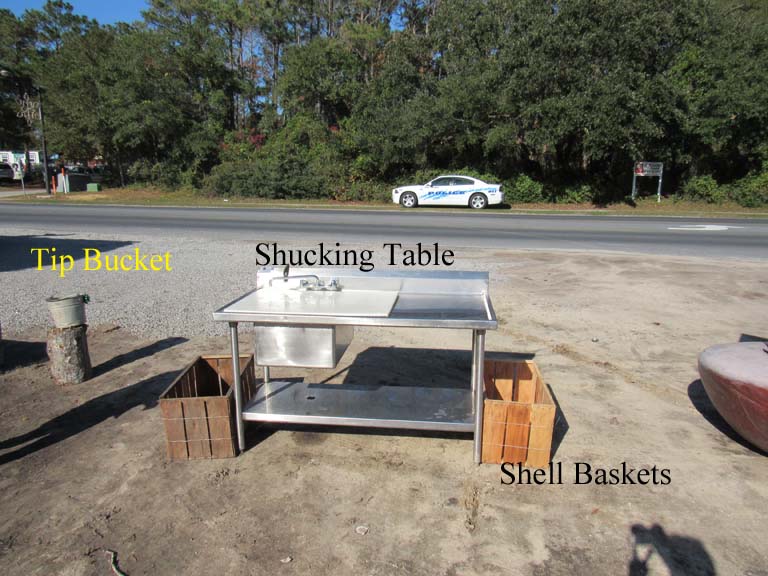 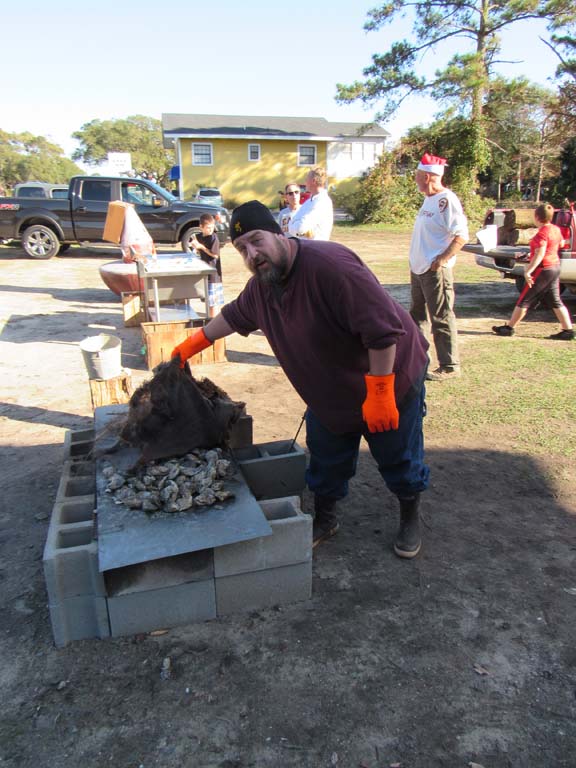 The kids got a taste, too.

Amazing, Haag’s Oyster Roast was not only available to those of us lucky enough to be on site- but teenagers served oysters to parade participants and bystanders along the road! 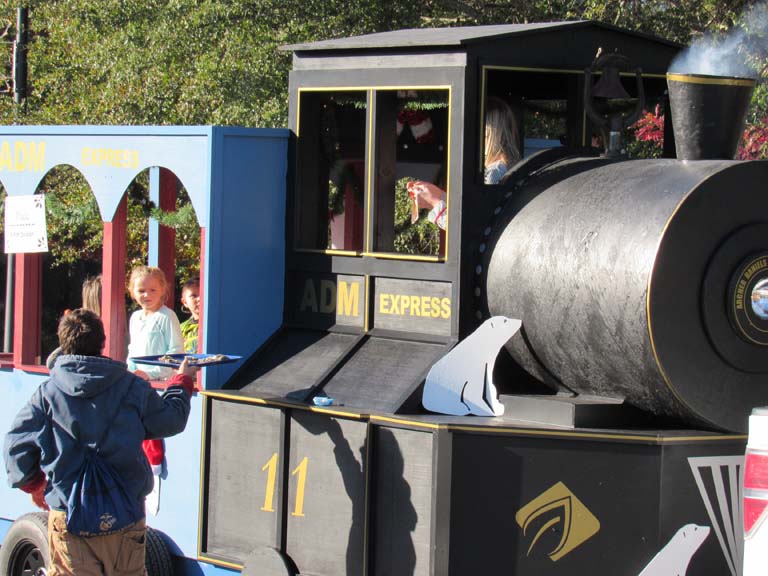 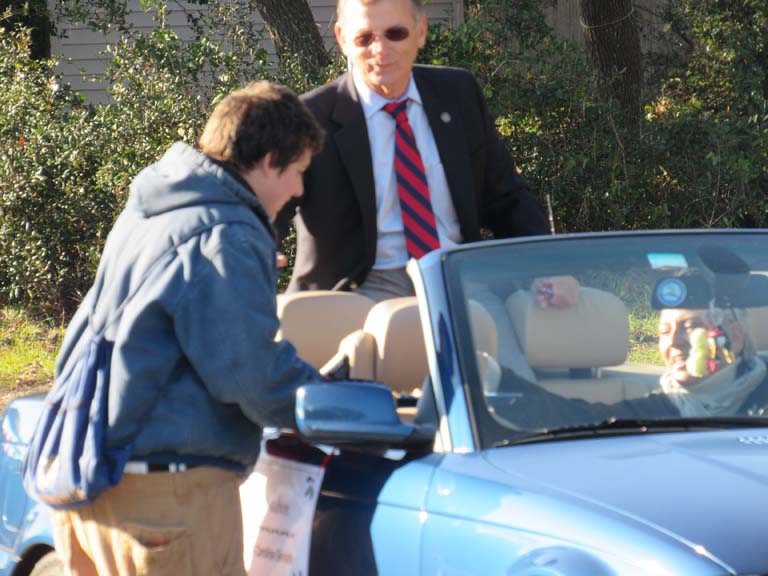 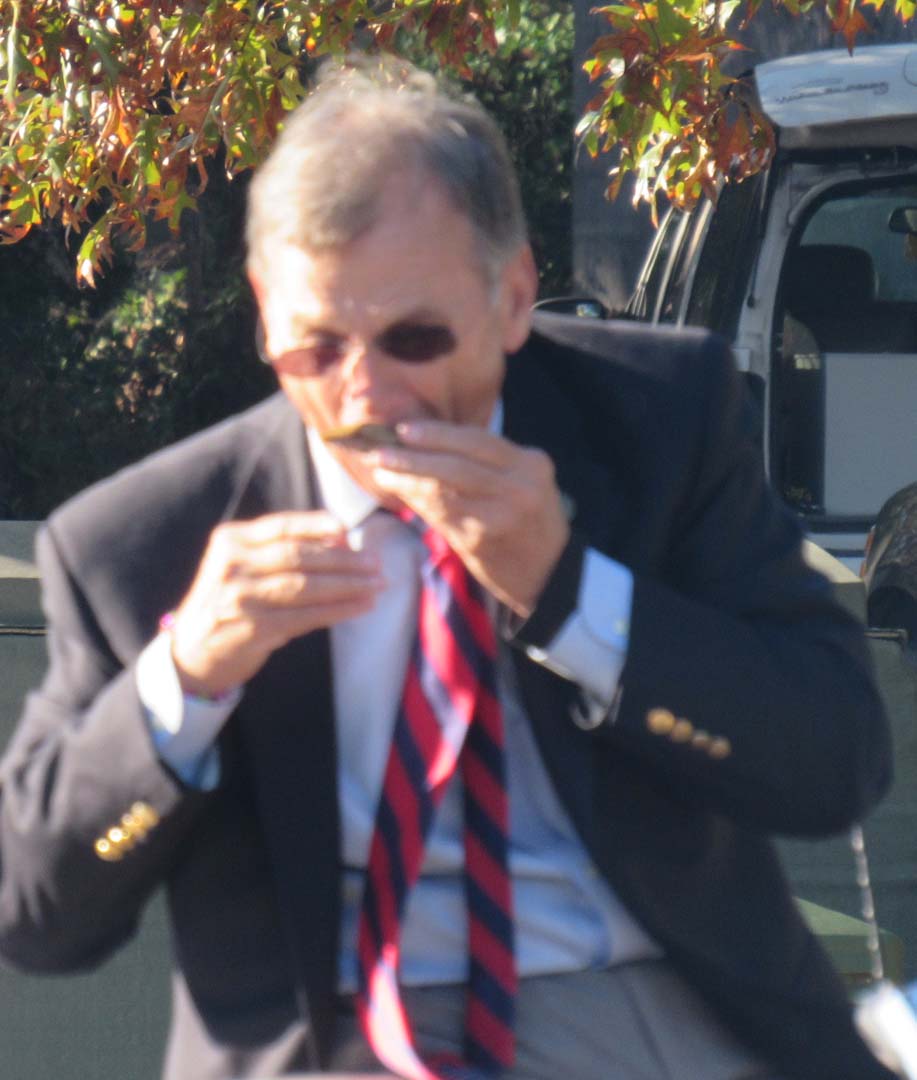 Note the skate board delivery method !! 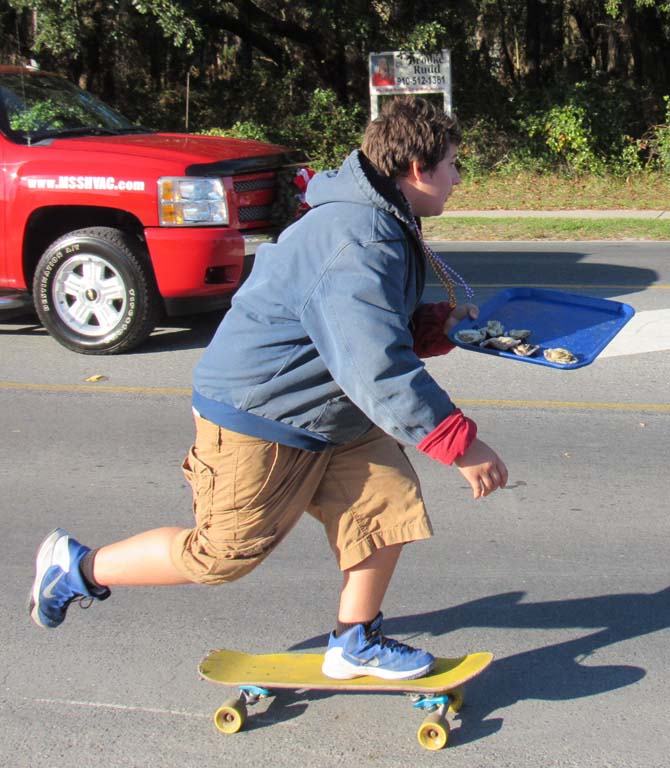 It’s Monday. Outside, our Gemini catamaran Yacht A Fun, it’s rainy and cold as I write this blog post. Though literary work awaits my attention, it was the parade’s oyster event, and last night’s dinner, which were upper most on my mind. 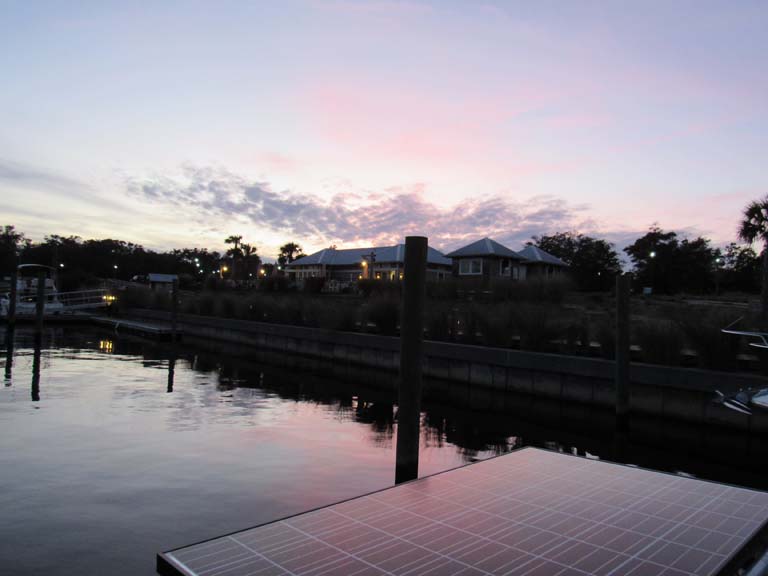 Sunset on Sunday as I began to grill. 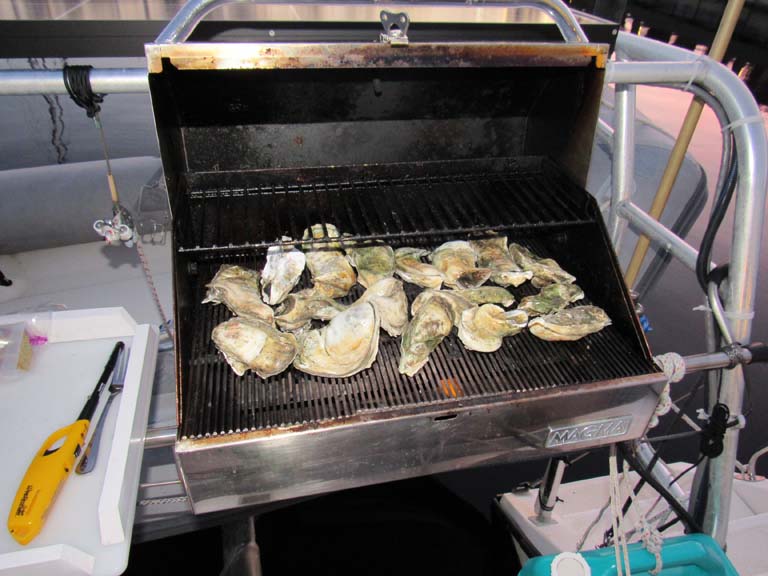 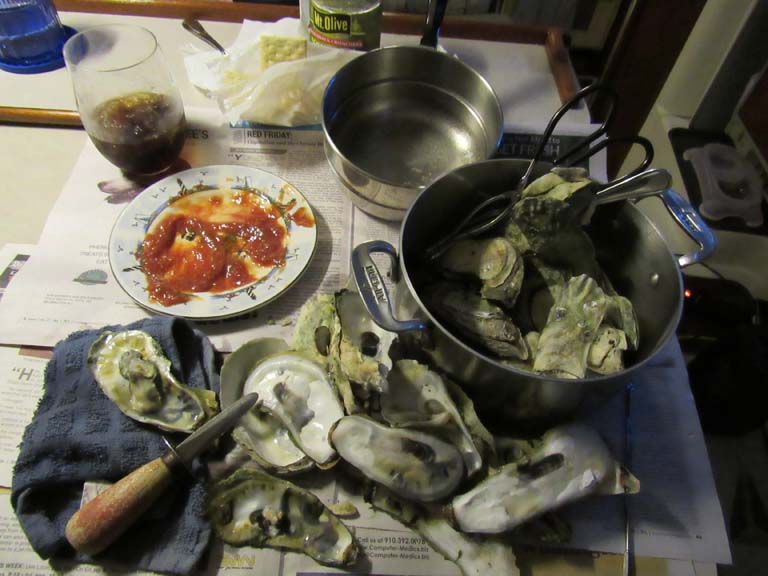 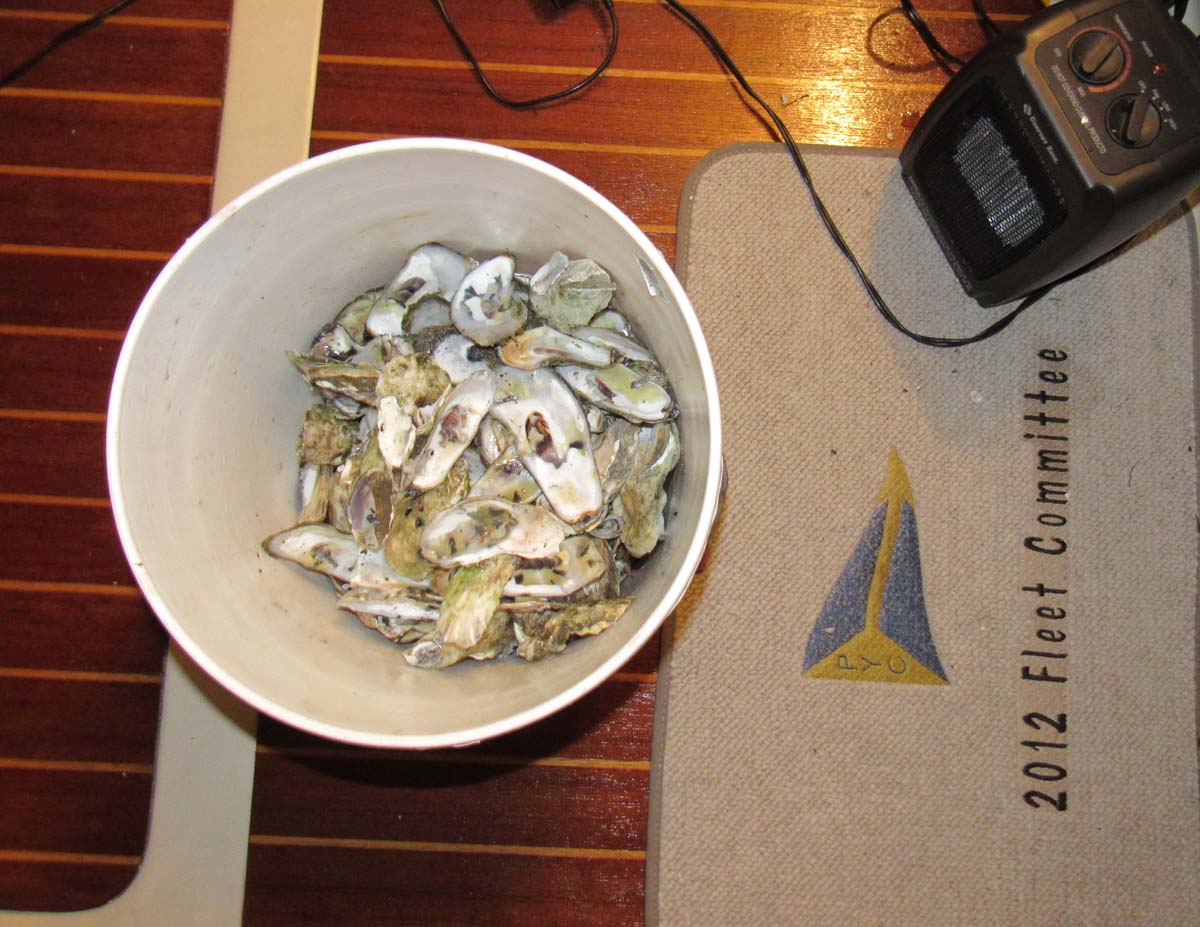 Shucked oystershells  were dropped into the bucket. The shells will be returned to the water.